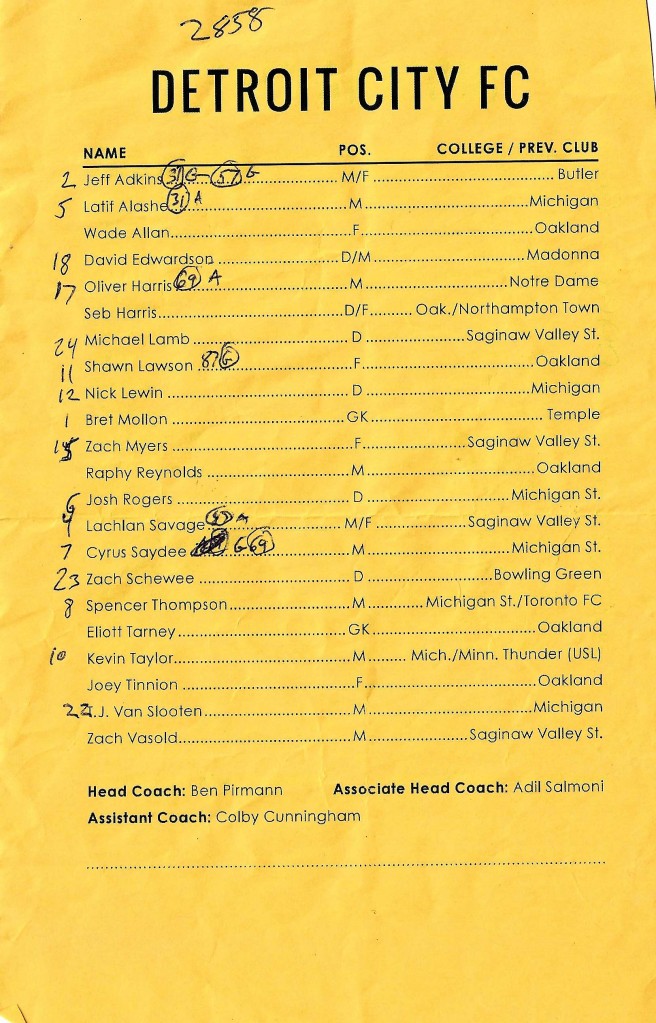 It was the first steamy summer day for shorts, so I was able to debut the socks my niece Anna got me for Christmas.  She’s attending Central Michigan University. 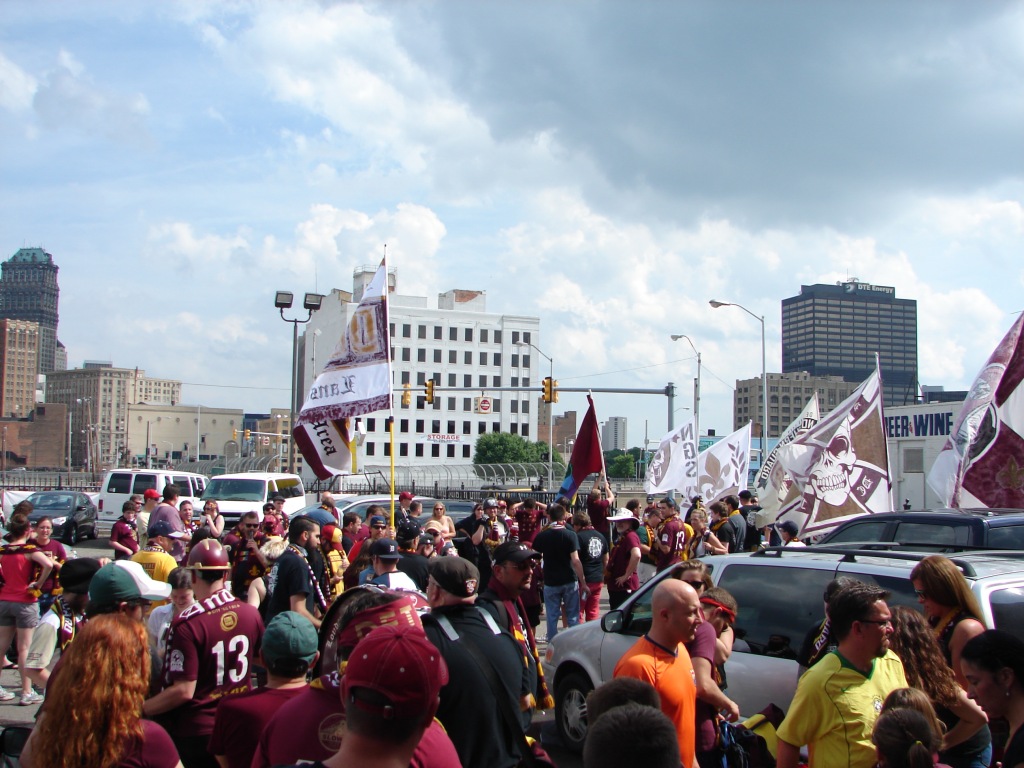 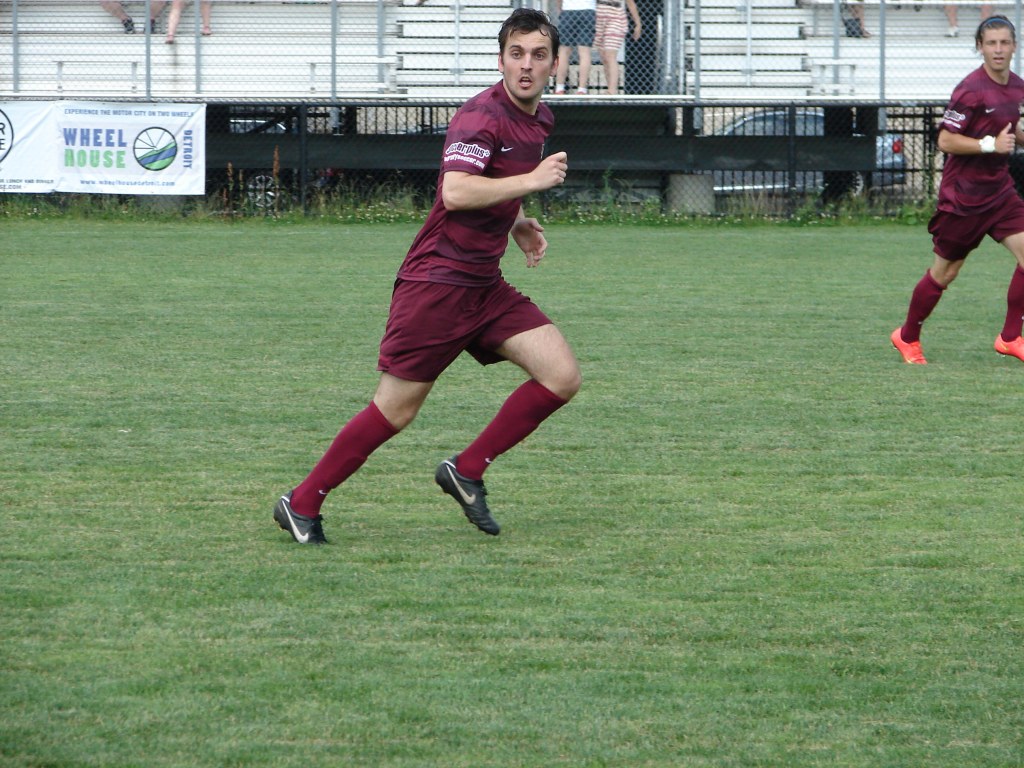 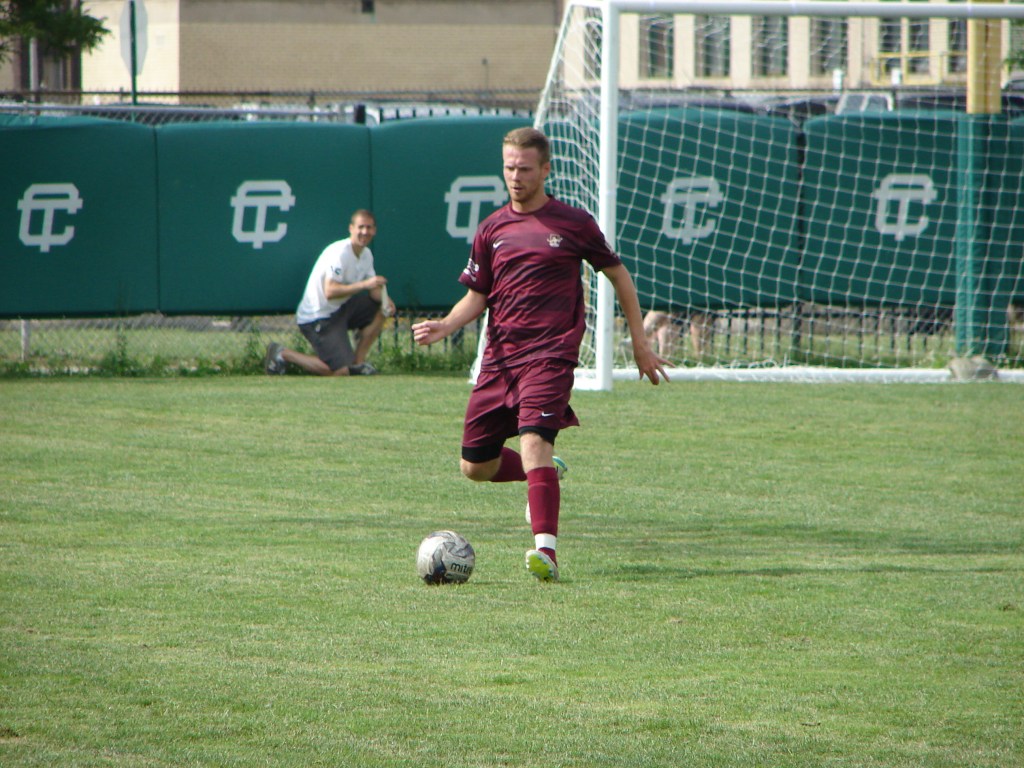 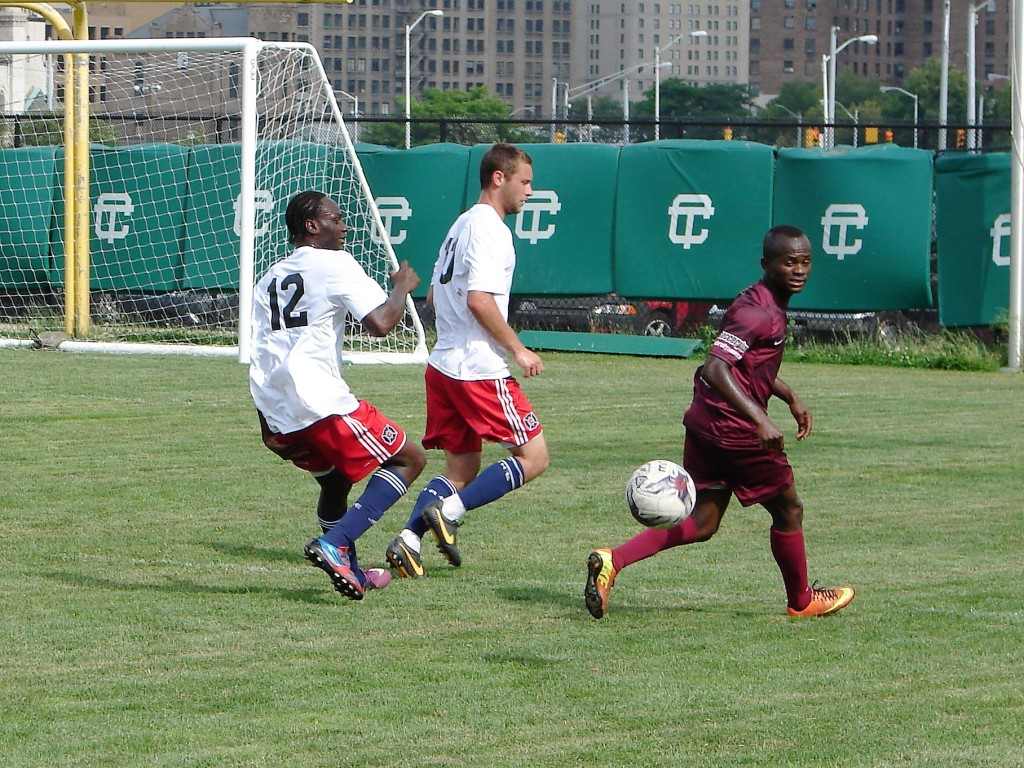 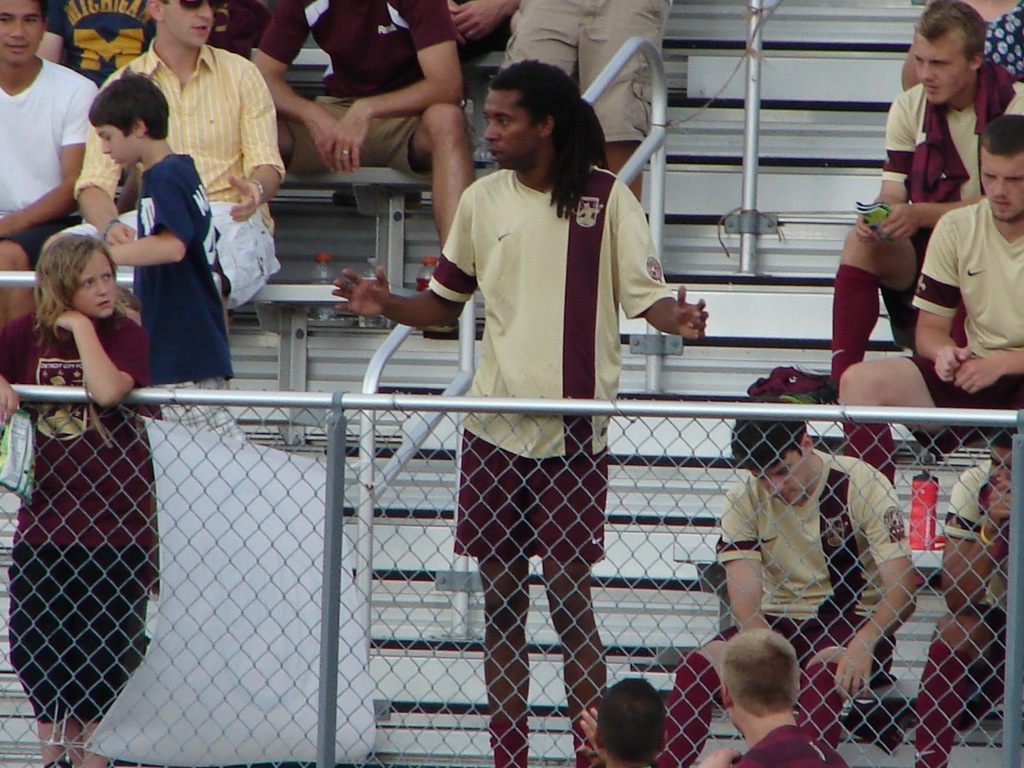 In the 31st minute, Jeff Adkins gives City the lead. 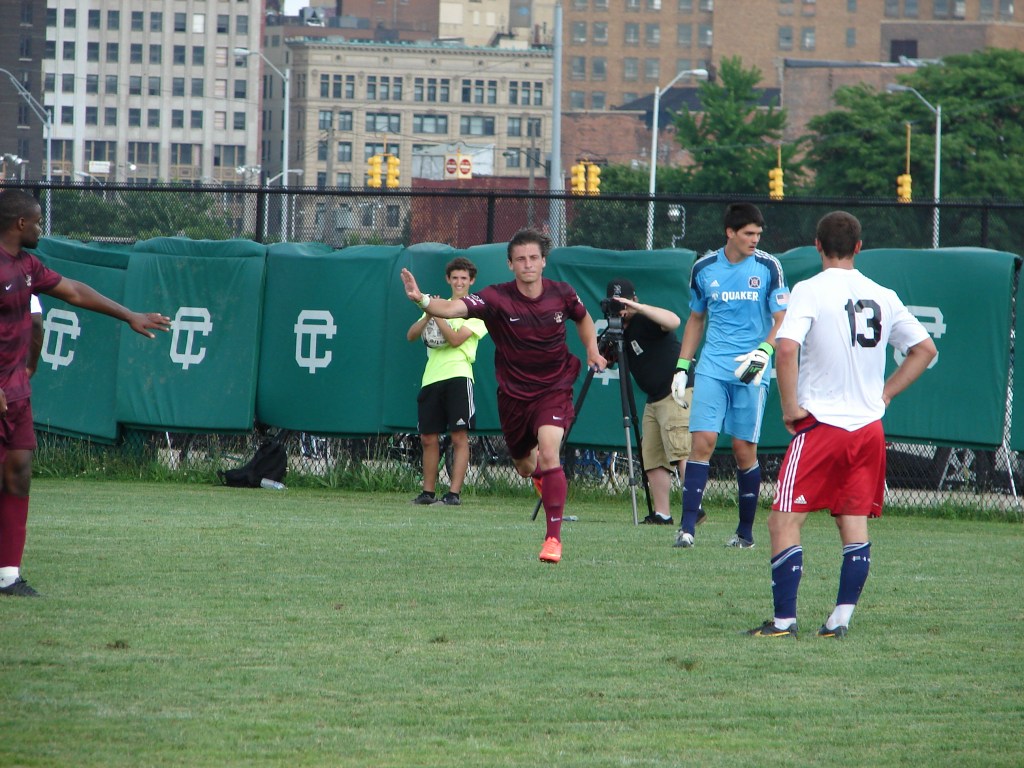 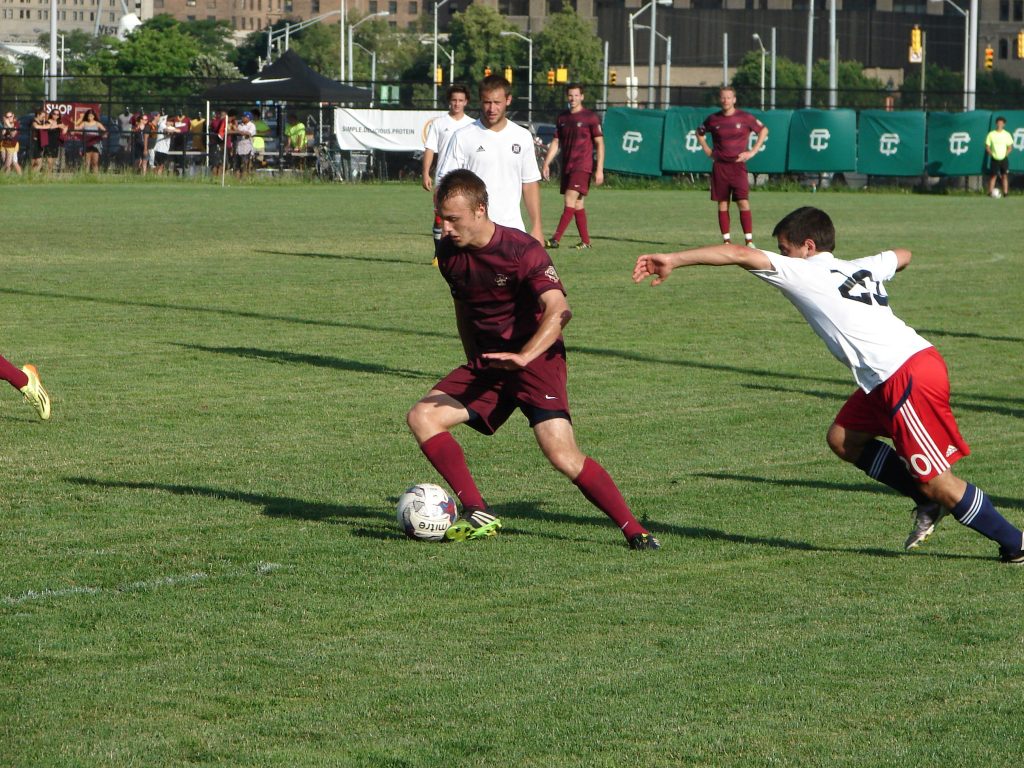