Time for the annual friendly against the Columbus Crew SC recruits.  They’ve been visiting every season except 2014, when severe thunderstorms were rolling through the Michigan-Ohio landscape.  Up to this point, we hadn’t won a match.  “So what?” you say?  “It’s just a friendly,” you say?

There’s no such thing as a friendly – especially against Fuck Ohio. 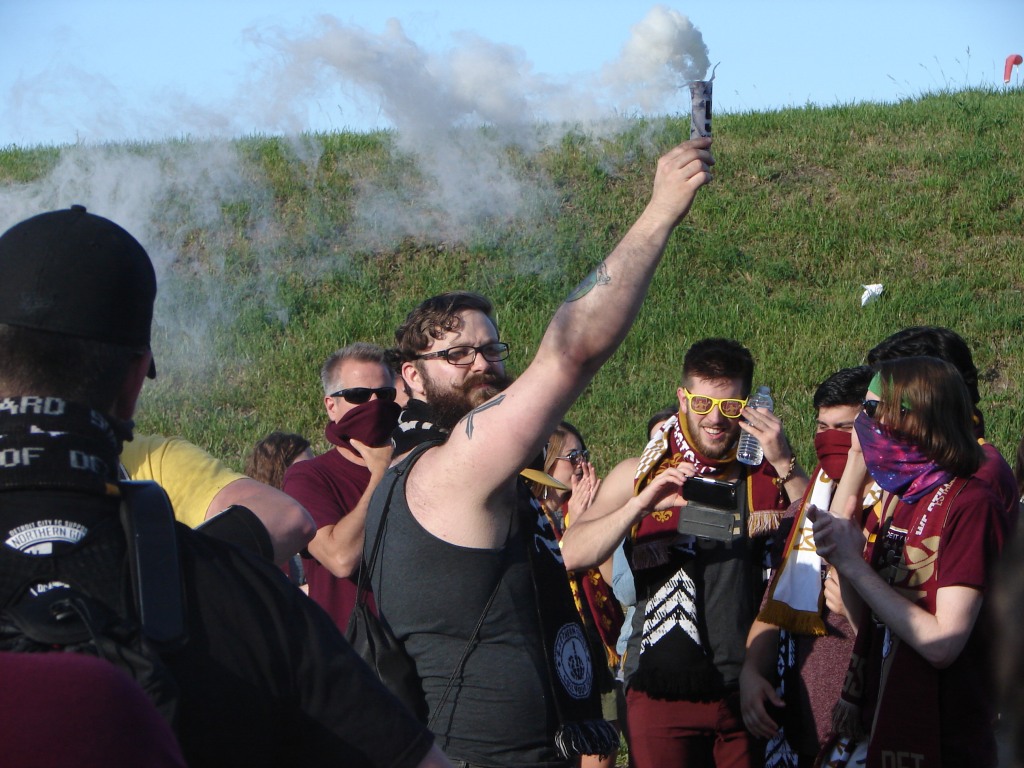 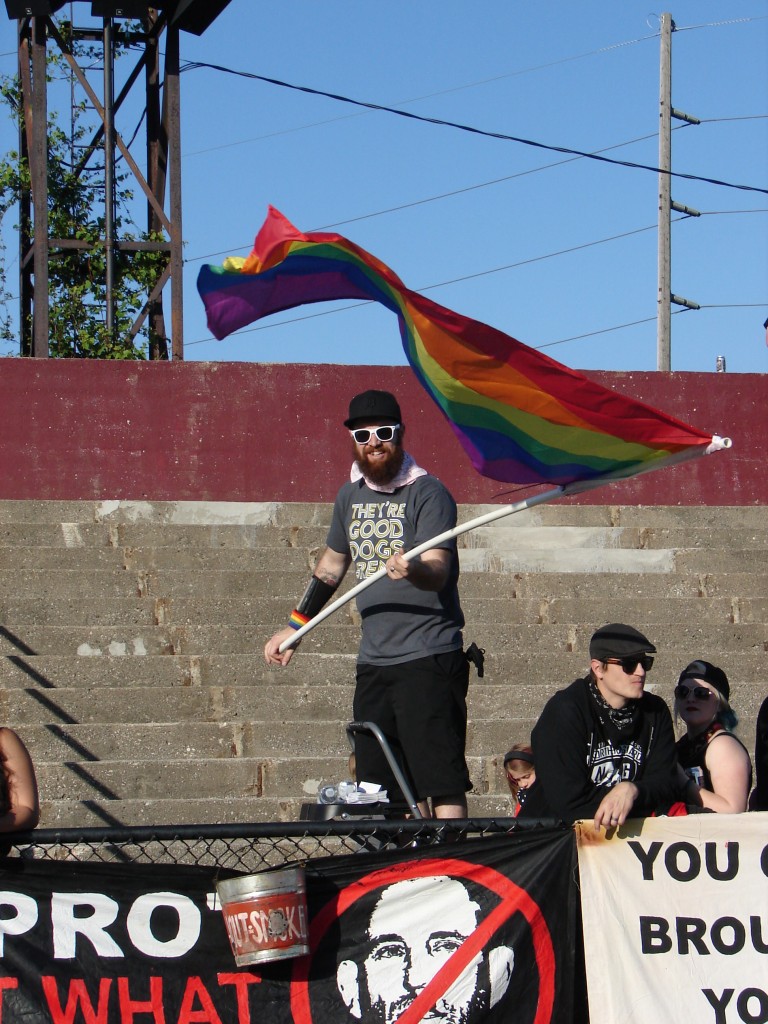 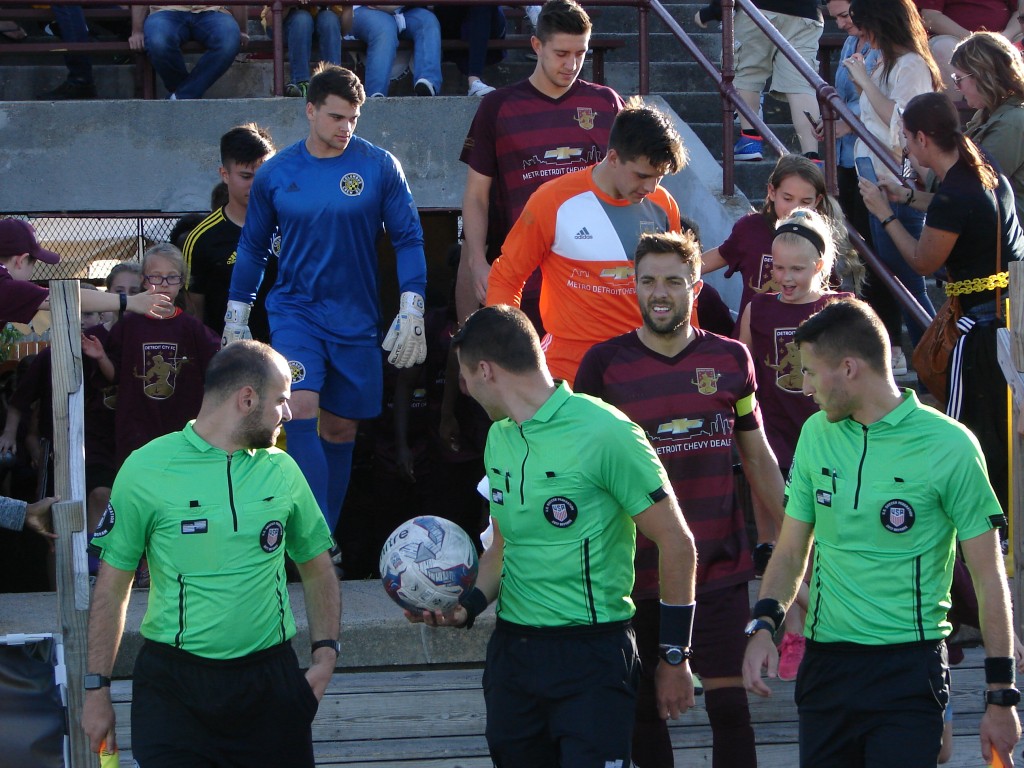 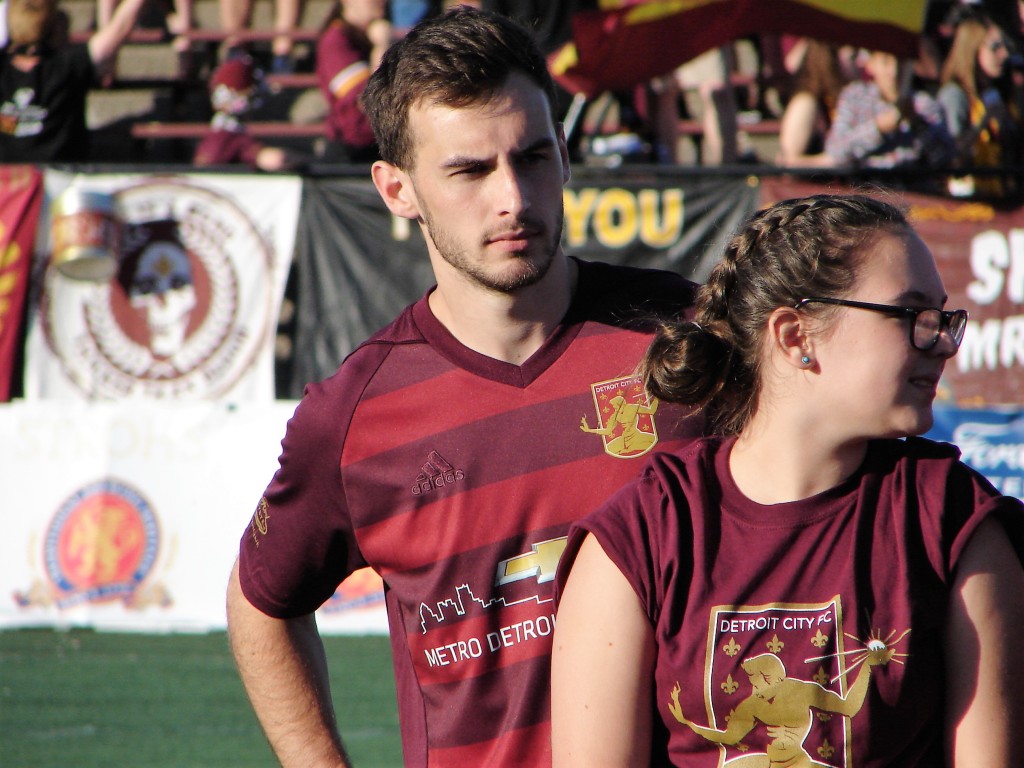 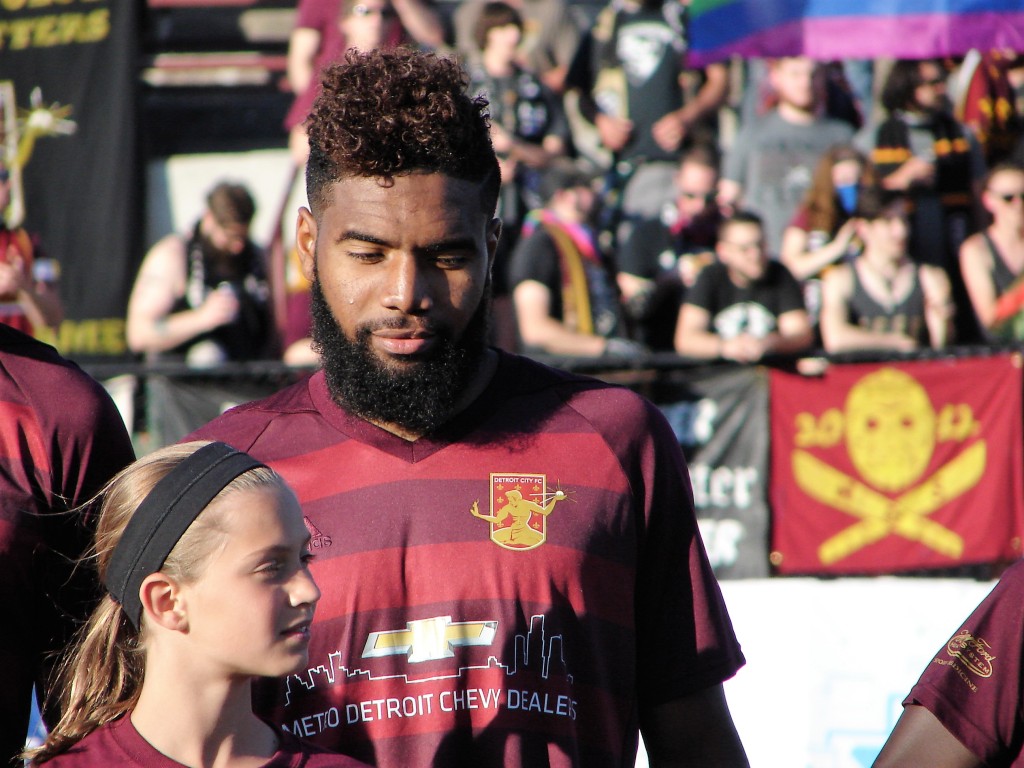 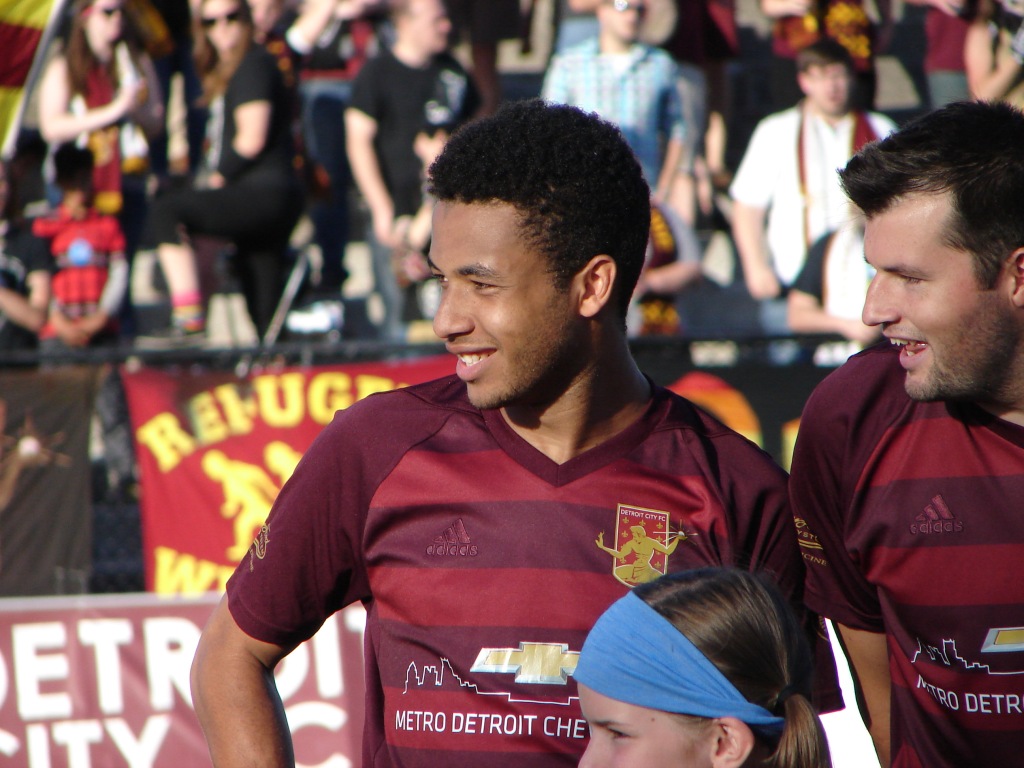 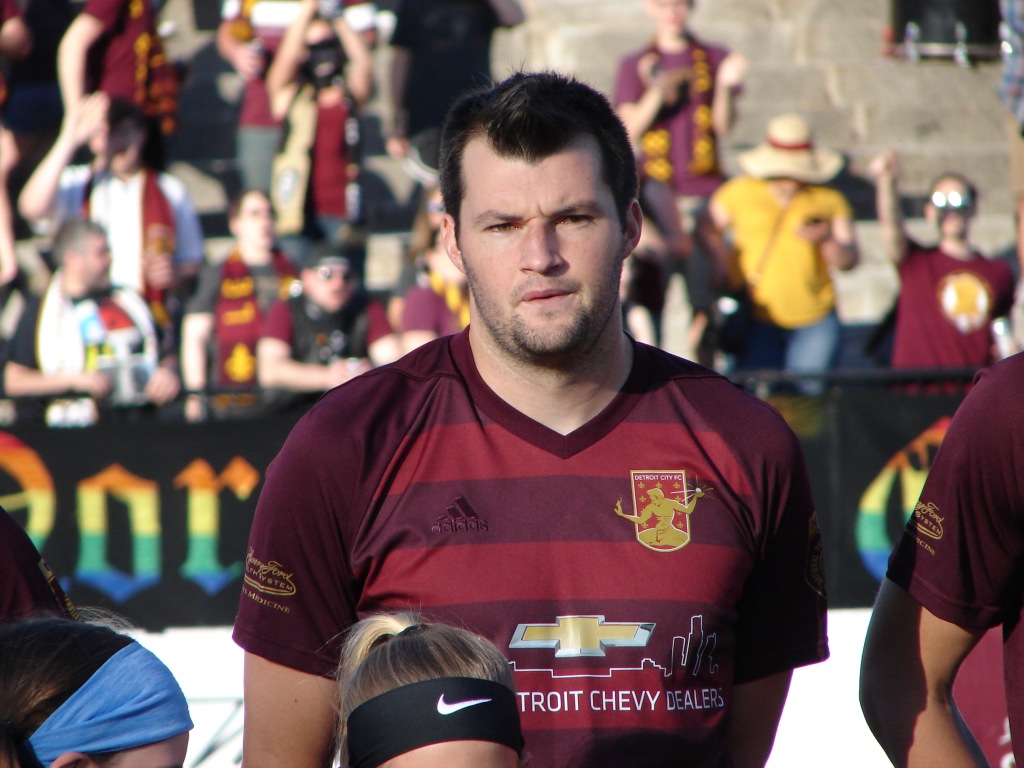 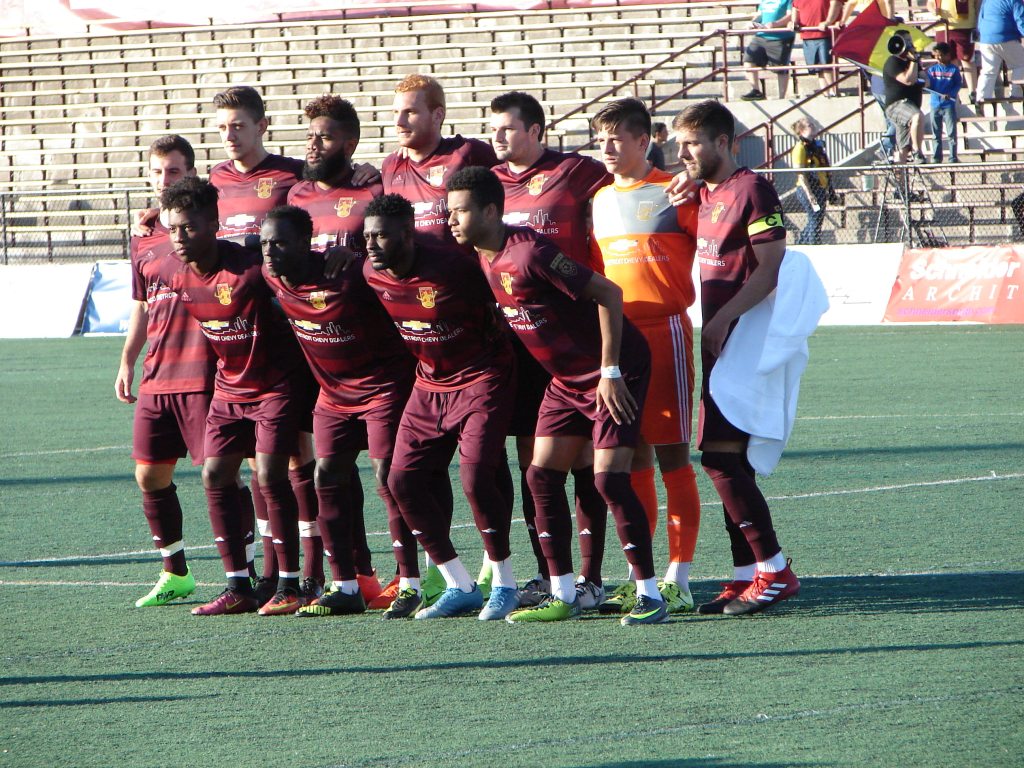 It didn’t take long for City to put the Crew behind.  Max Todd was taken down in the box, and Sebby Harris converts from the spot in the first minute of play. 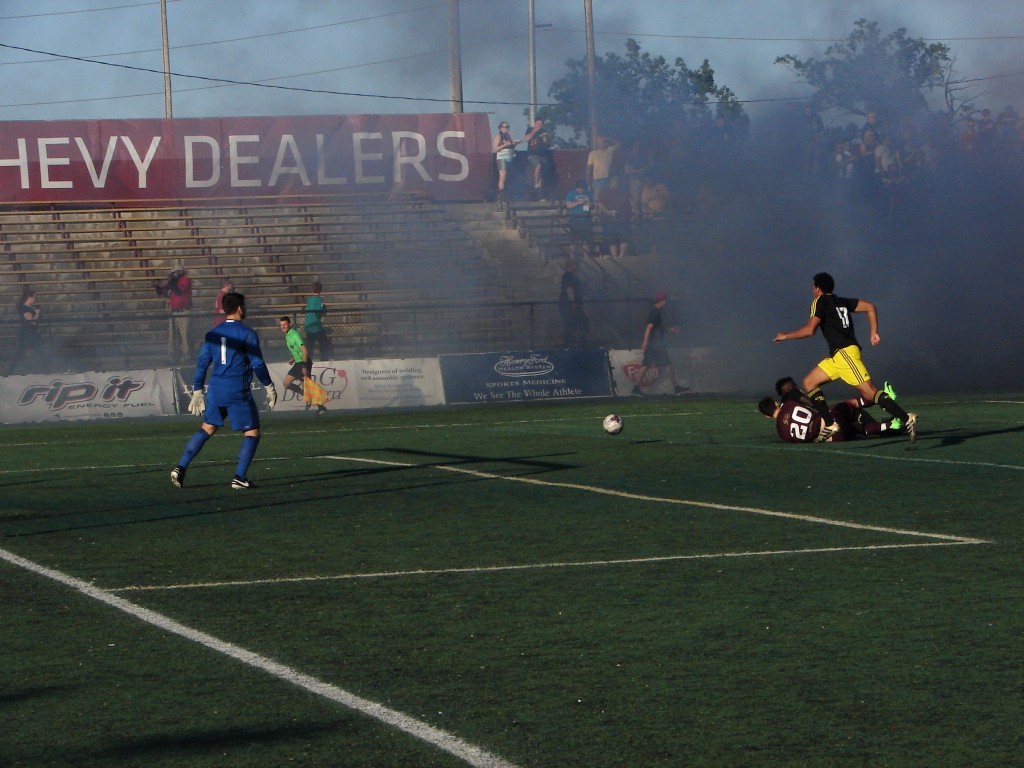 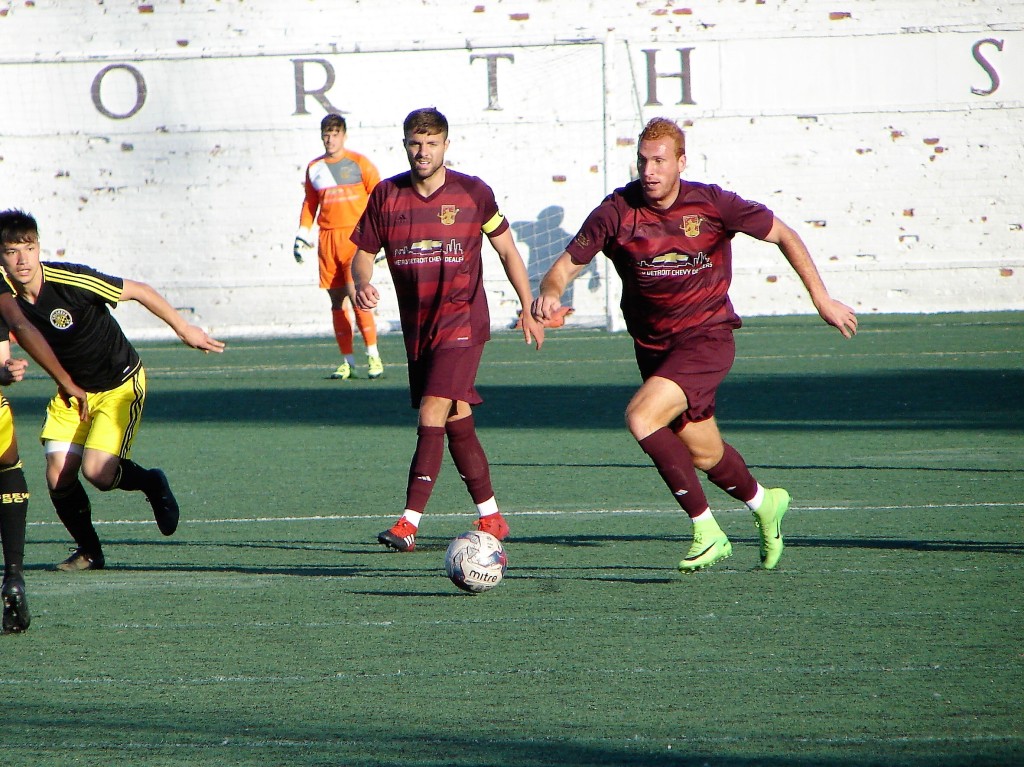 Only three minutes later, Roddy Green chipped the ball up and over Carter Richardson – the Crew Keeper – who wandered a bit too far from his line.  Two-Nil.  Then, Shawn-Claud Lawson scored in the 26th minute.  Three-nil. 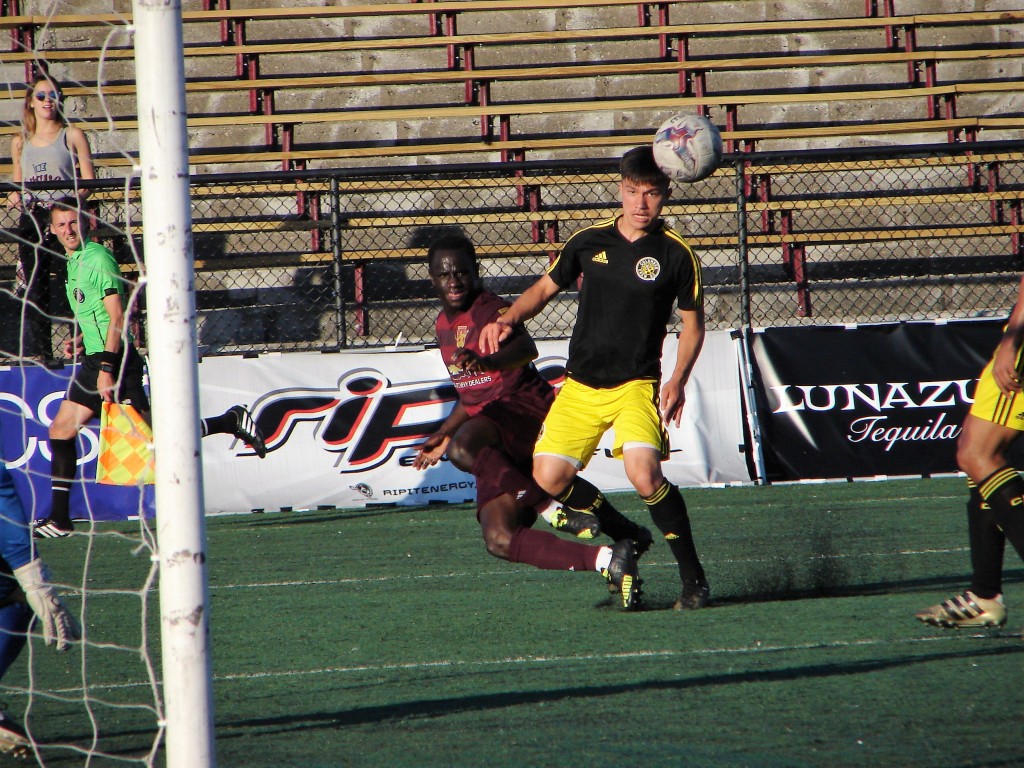 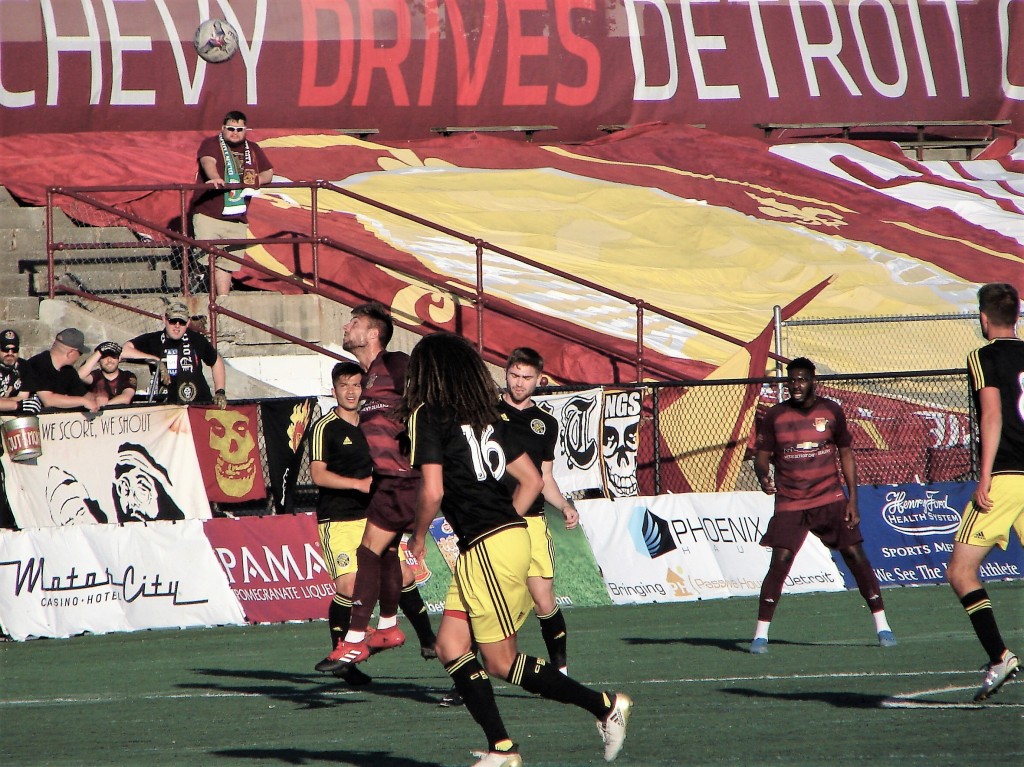 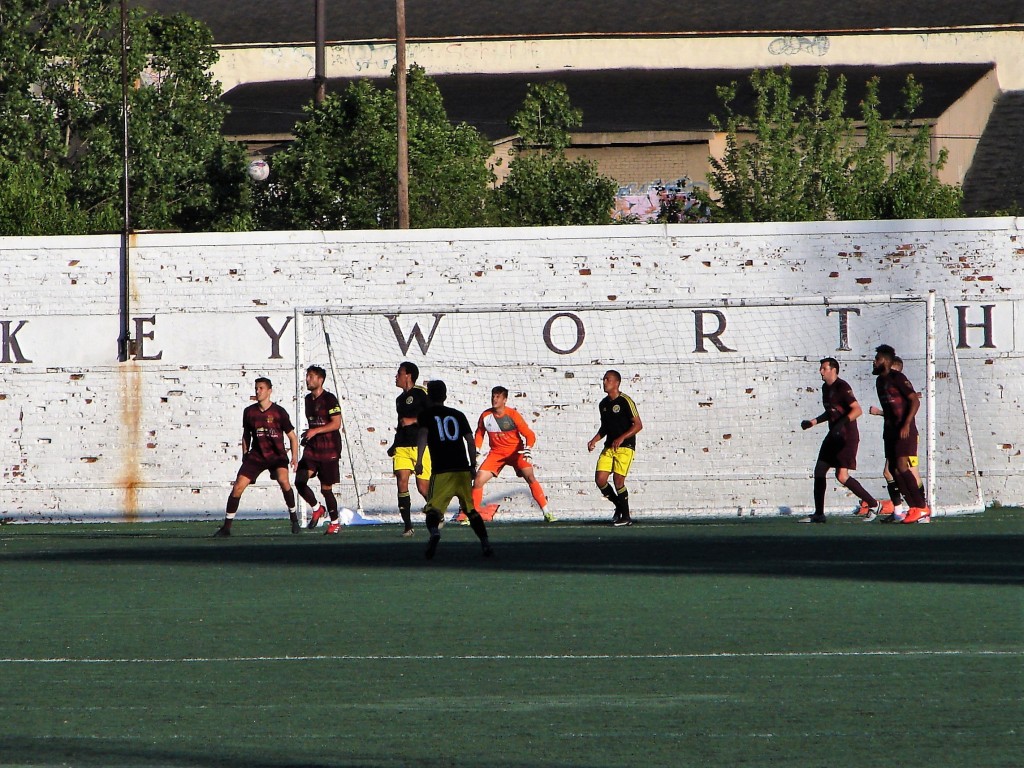 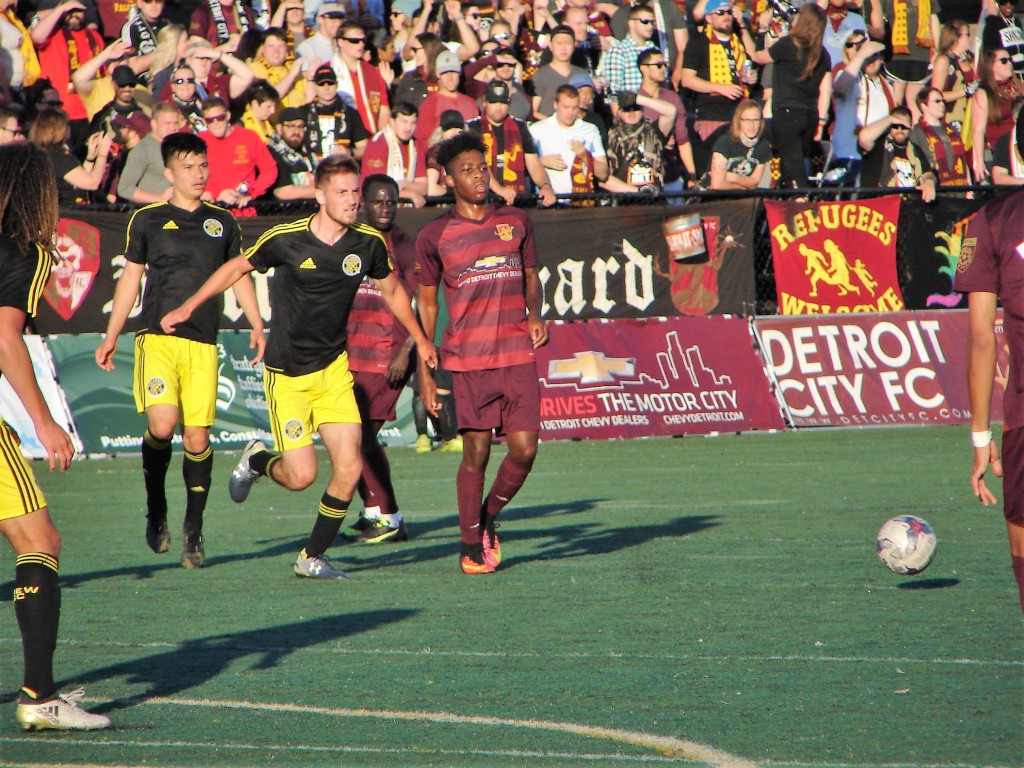 The Crew kids pulled one back with a goal by Abdi Mohamed in the 33rd minute.  City went into the locker room at halftime with a 3-1 lead.

Tonight’s halftime entertainment was the return of Friendly the Bear!  As you can see, Friendly has a following. 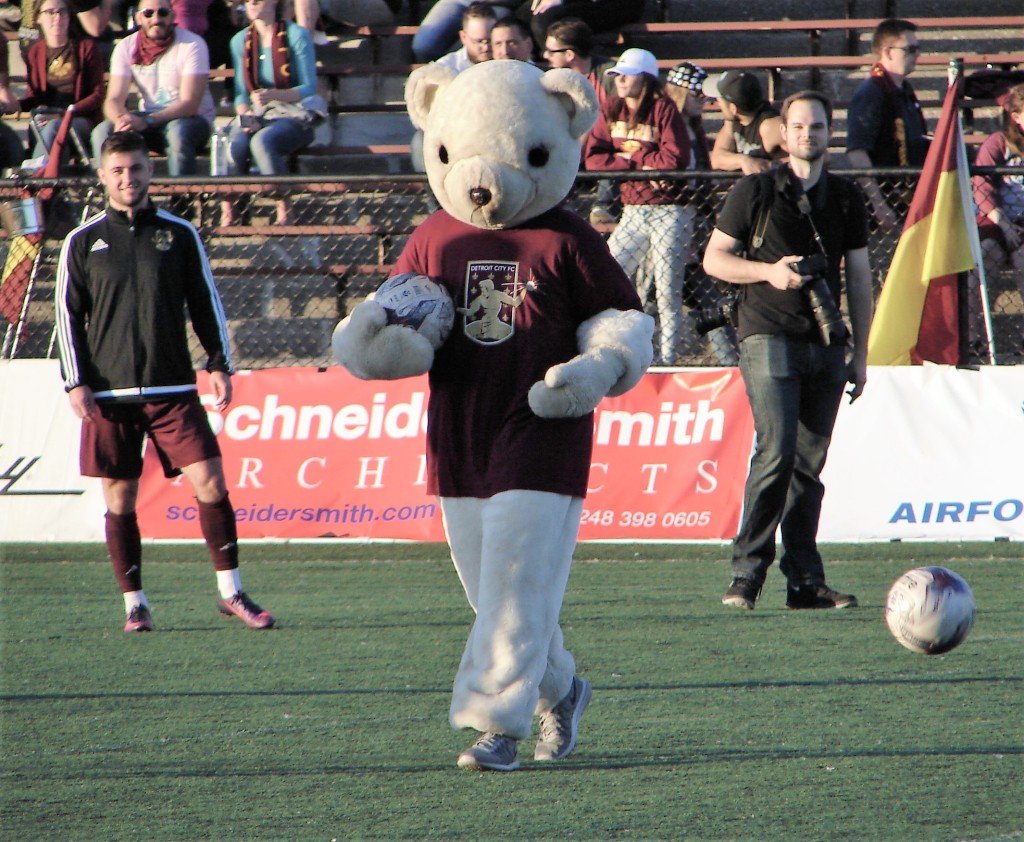 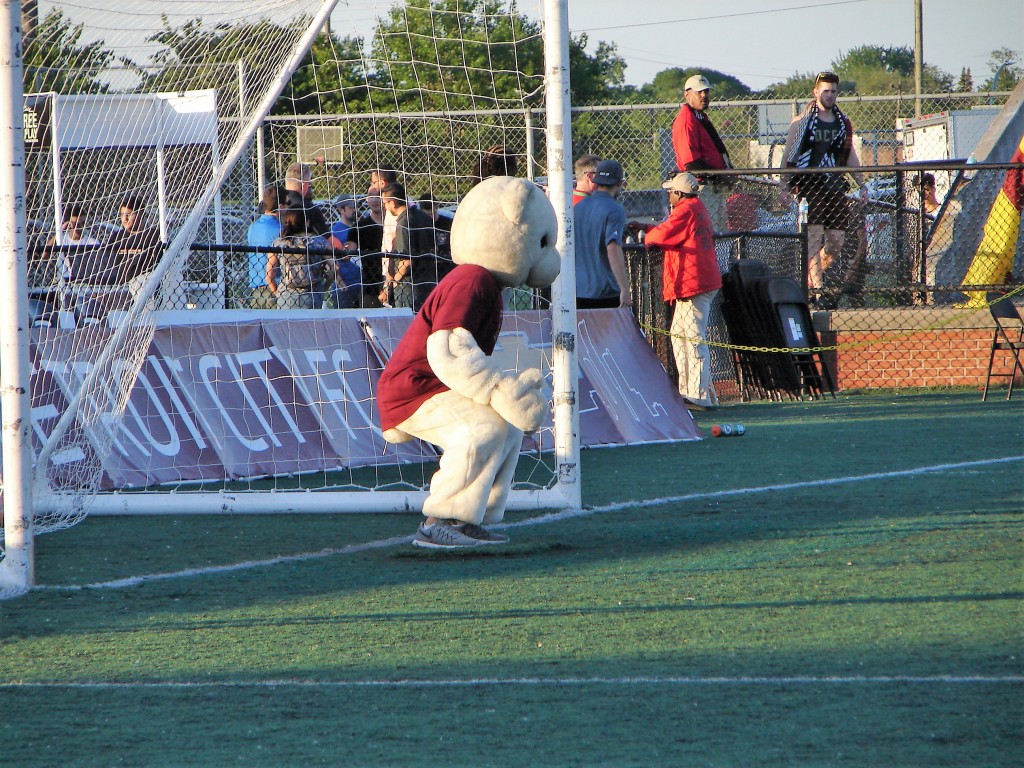 A full moon hovered above Keyworth as the second half began. 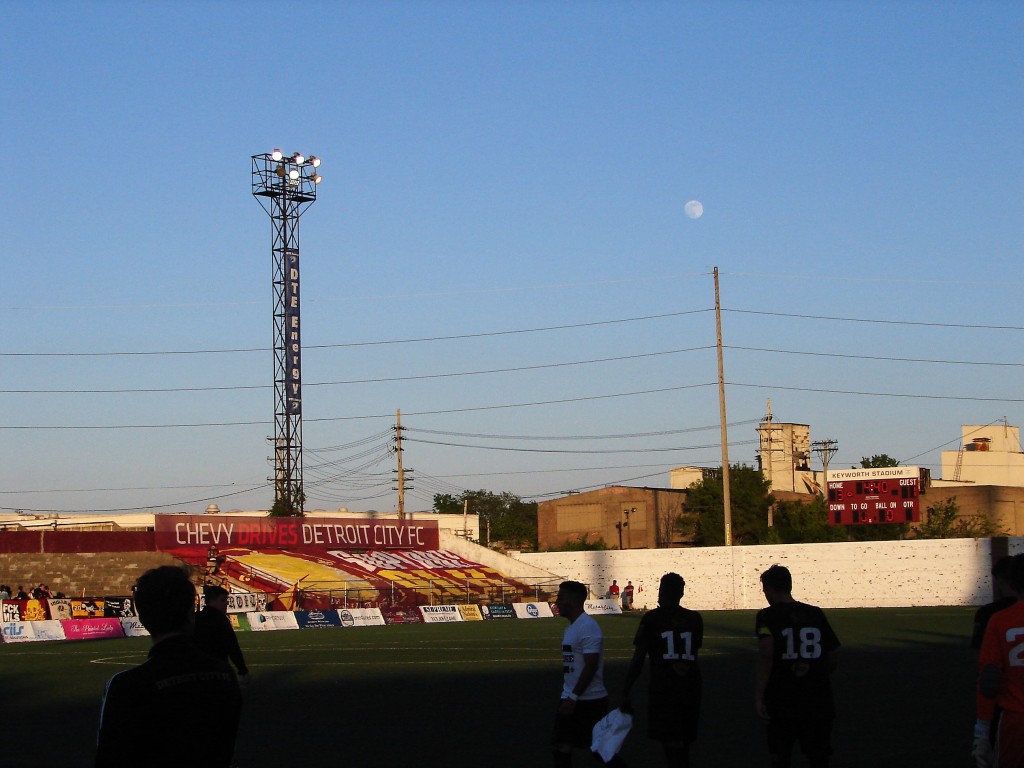 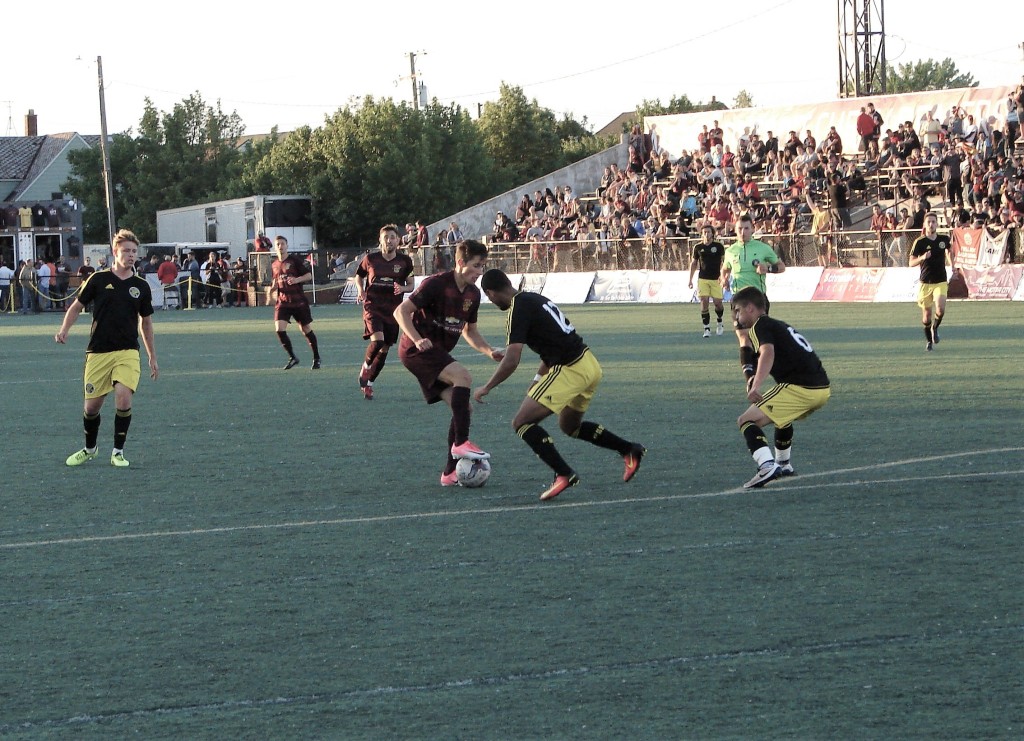 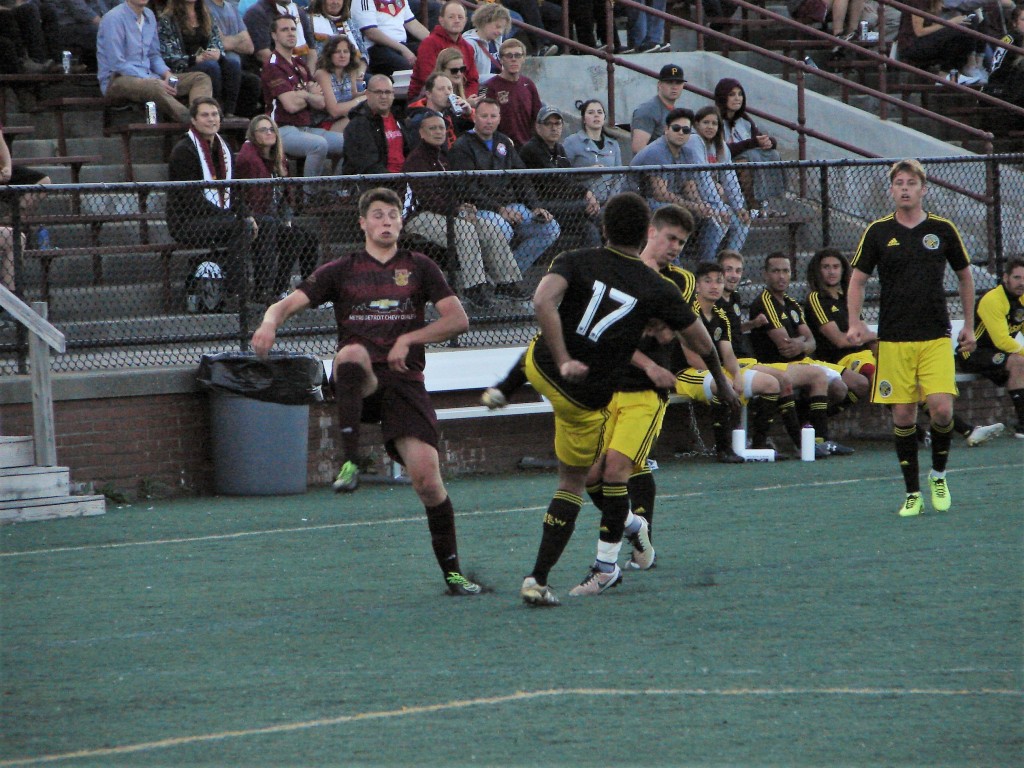 This makes the third win in a row since our friends from Belfast visited, and the first time in our history that we won this friendly.  The Irish luck be a wonderful thing.