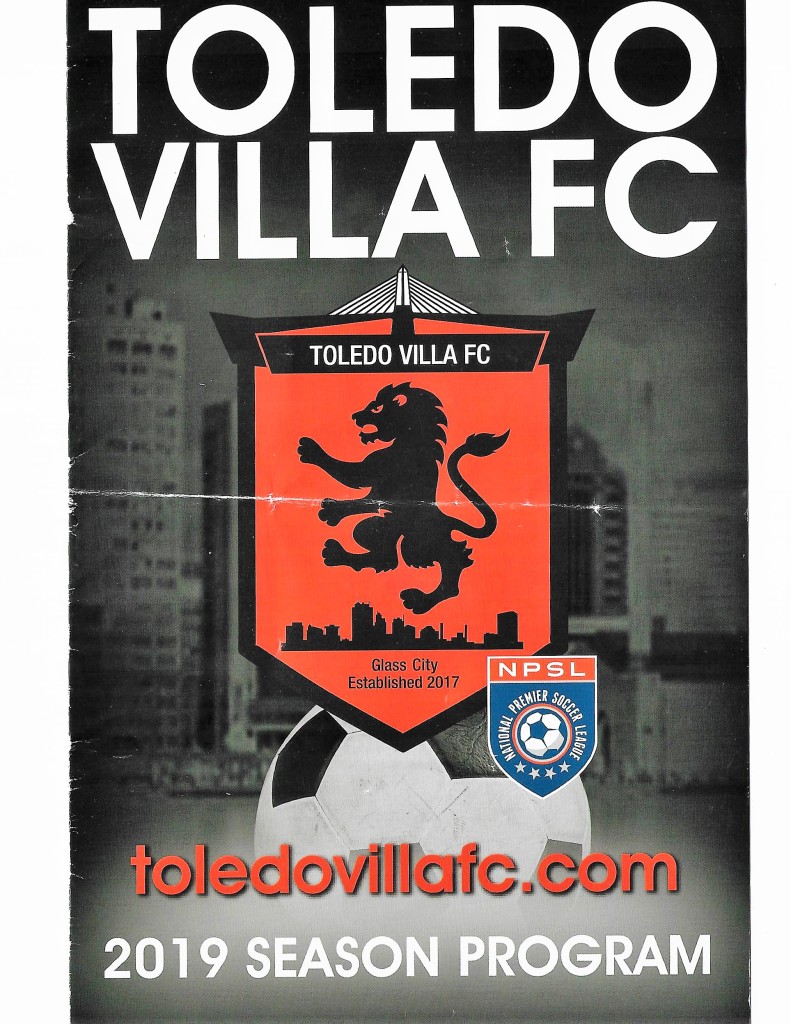 This season, we had to make two trips to that four-letter word state south of Michigan – Ohio.  That meant Northern Guard Supporters brandishing the scarf containing its controversial message: 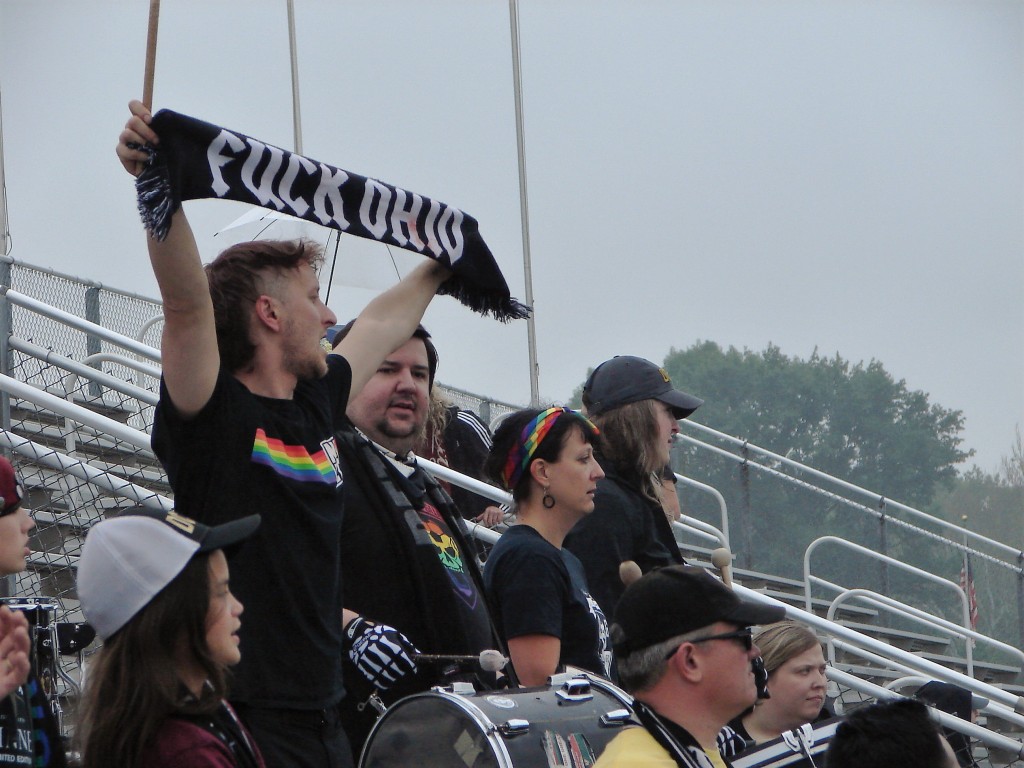 Toledo Villa FC was the new kid to the party, and it had been a bumpy ride for them.  Going into the match, their record was six losses and a draw, with four goals and twenty-two scored against them, making FC Indiana look good.

This was also a family affair.  Brothers Roddy and Tyler Green could, and did, see time on the pitch, opposing each other. 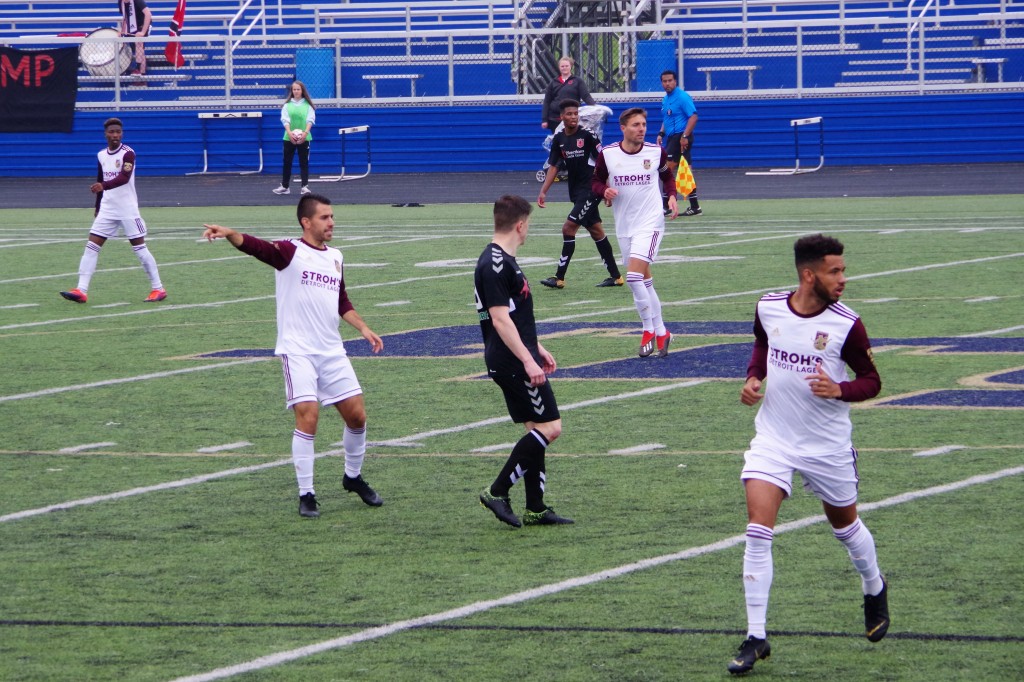 The drive down on this Father’s Day was rainy.  Fortunately for the match, the rain stopped, but the sky remained gray. 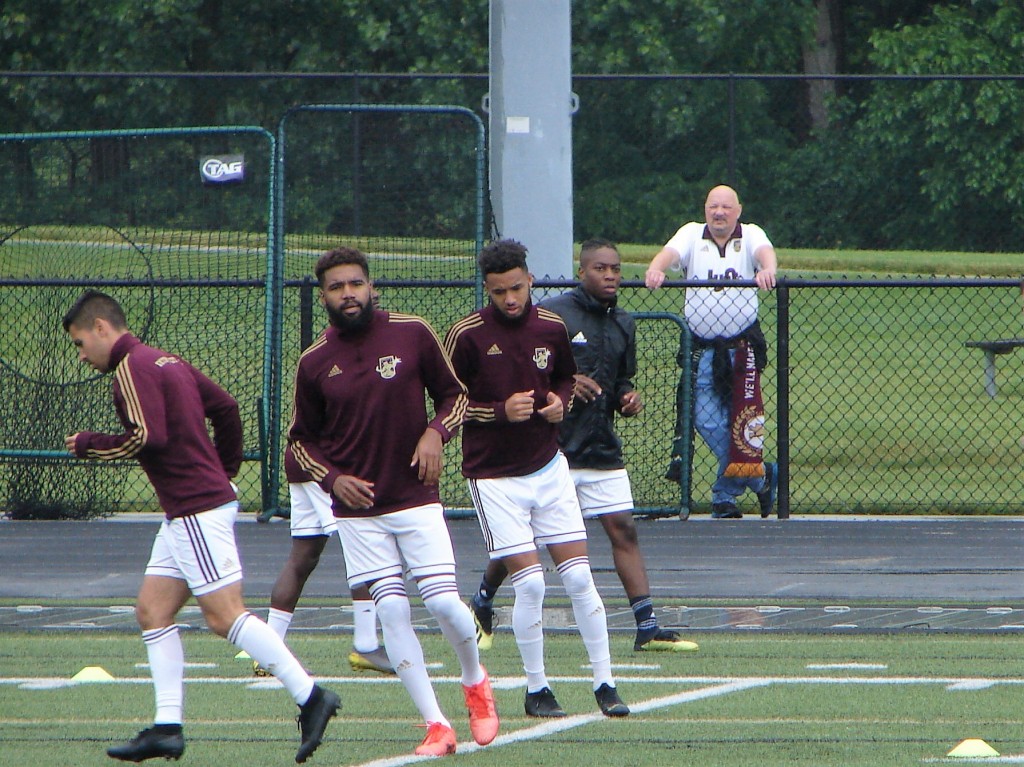 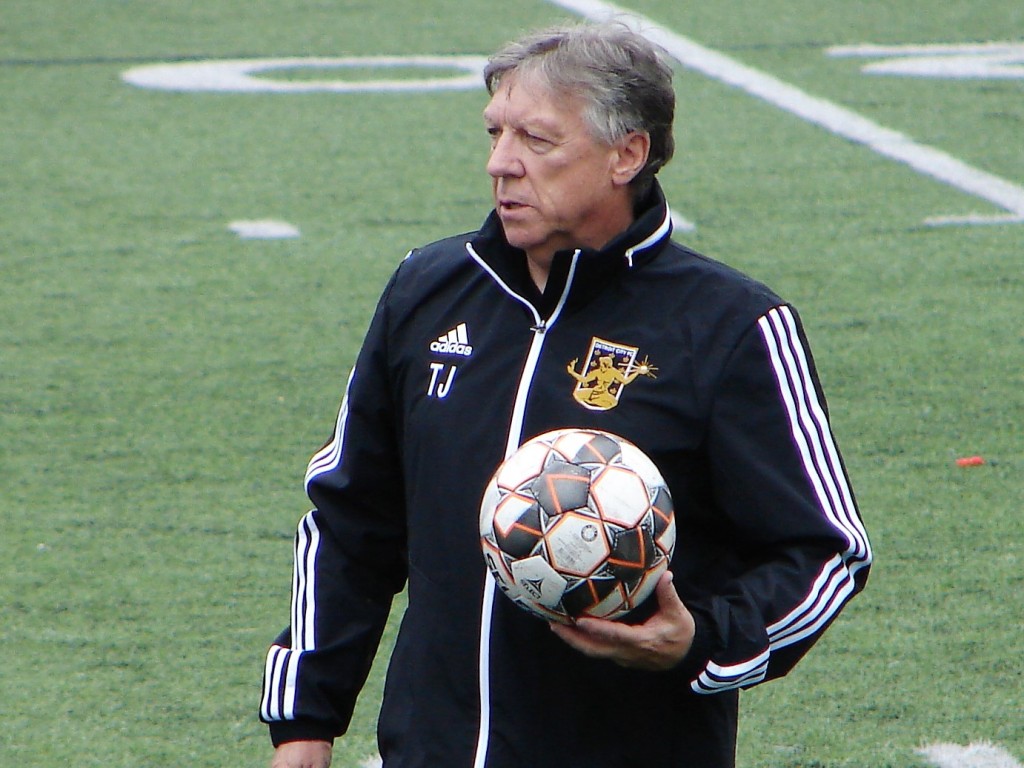 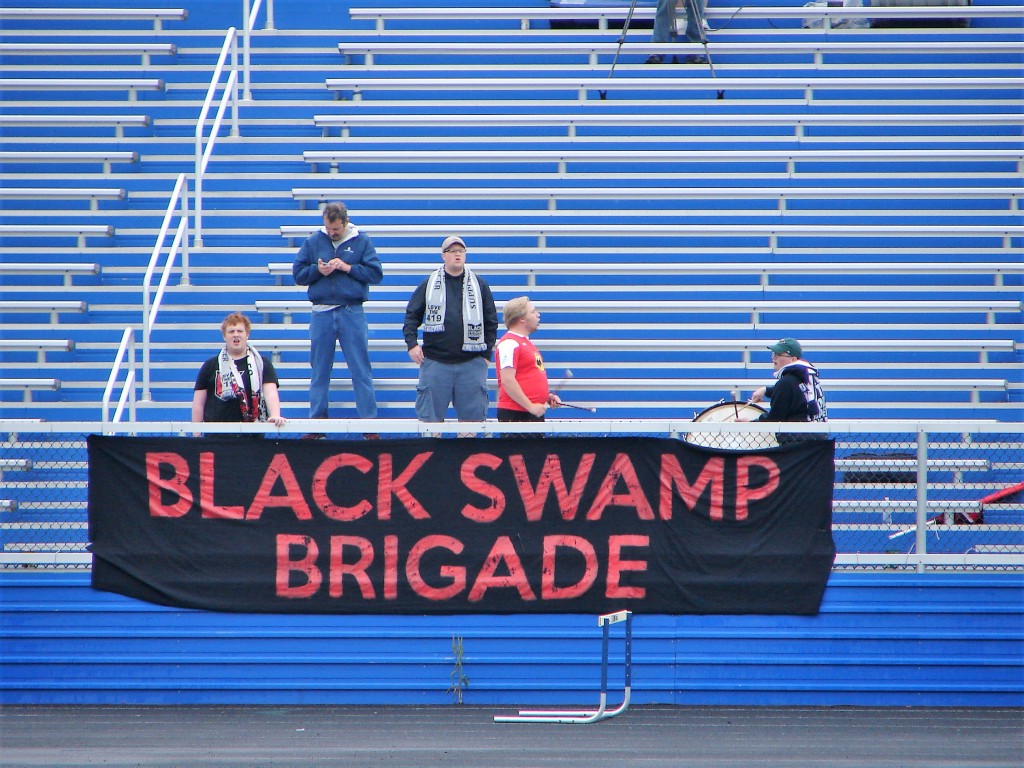 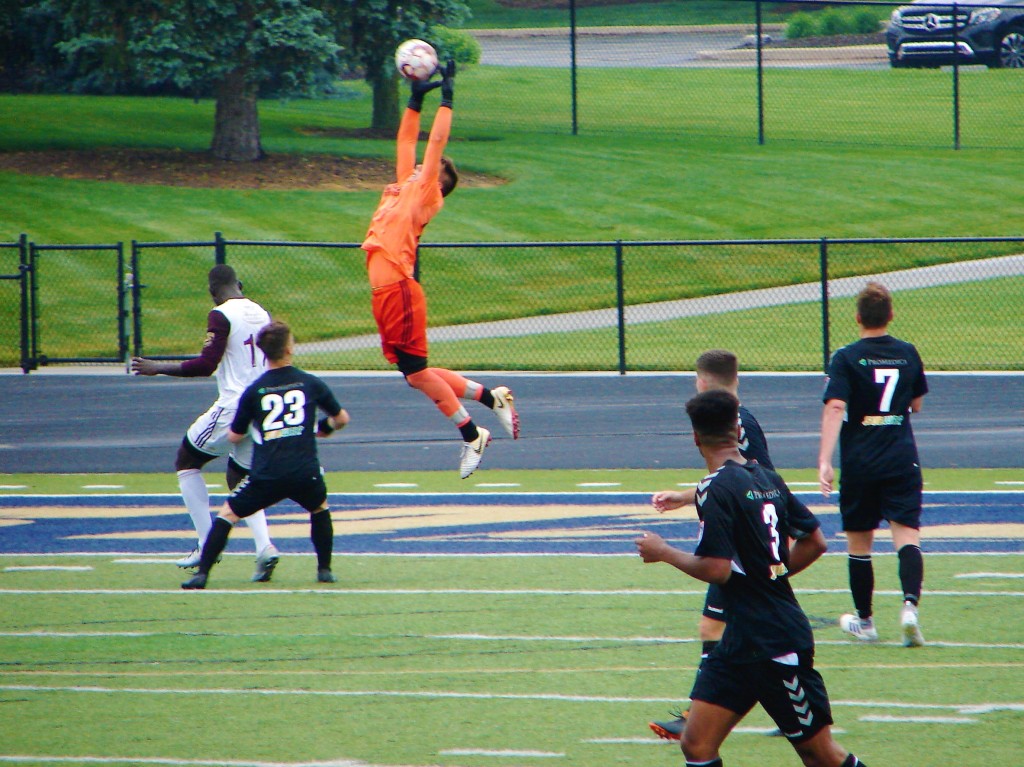 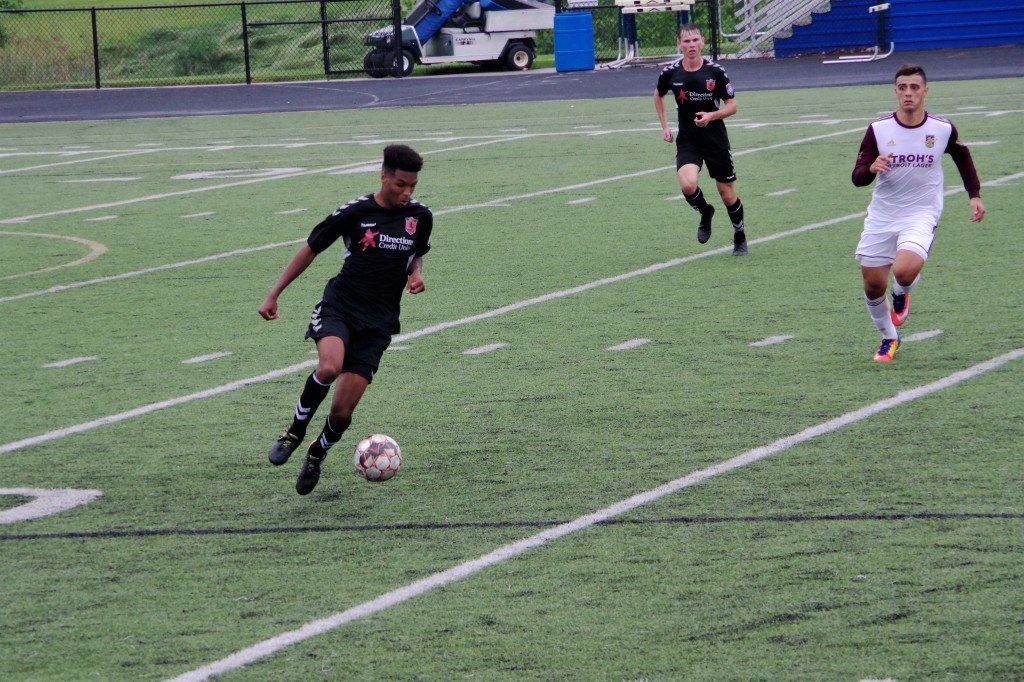 Buono’s goal carried the team into the half. 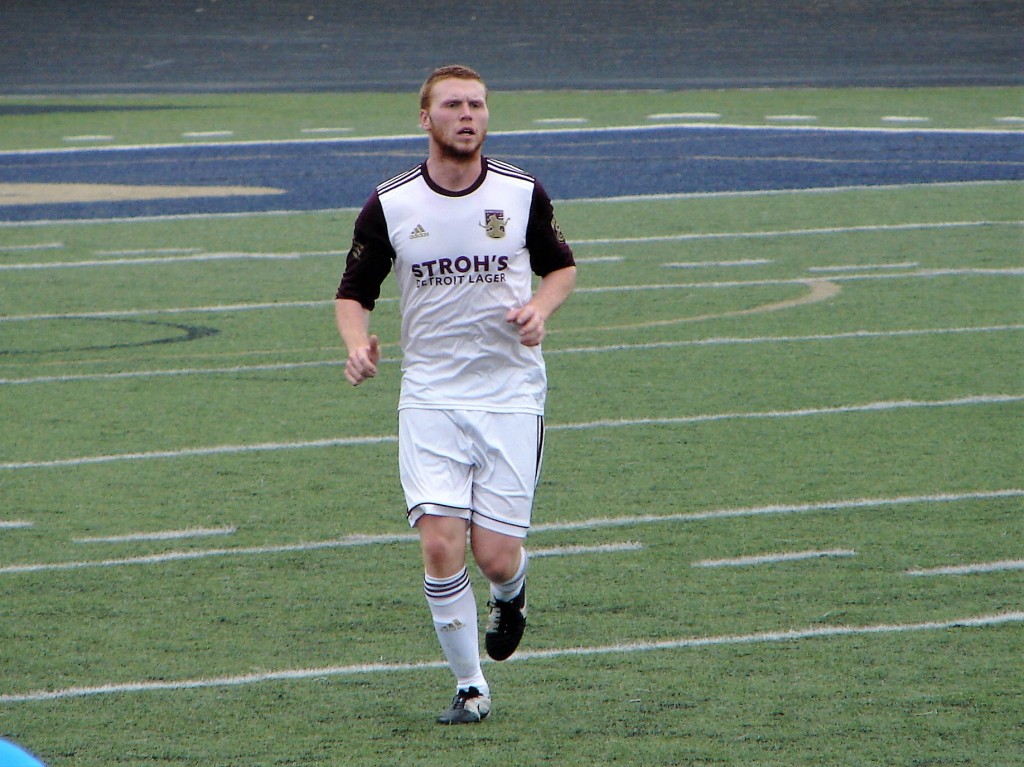 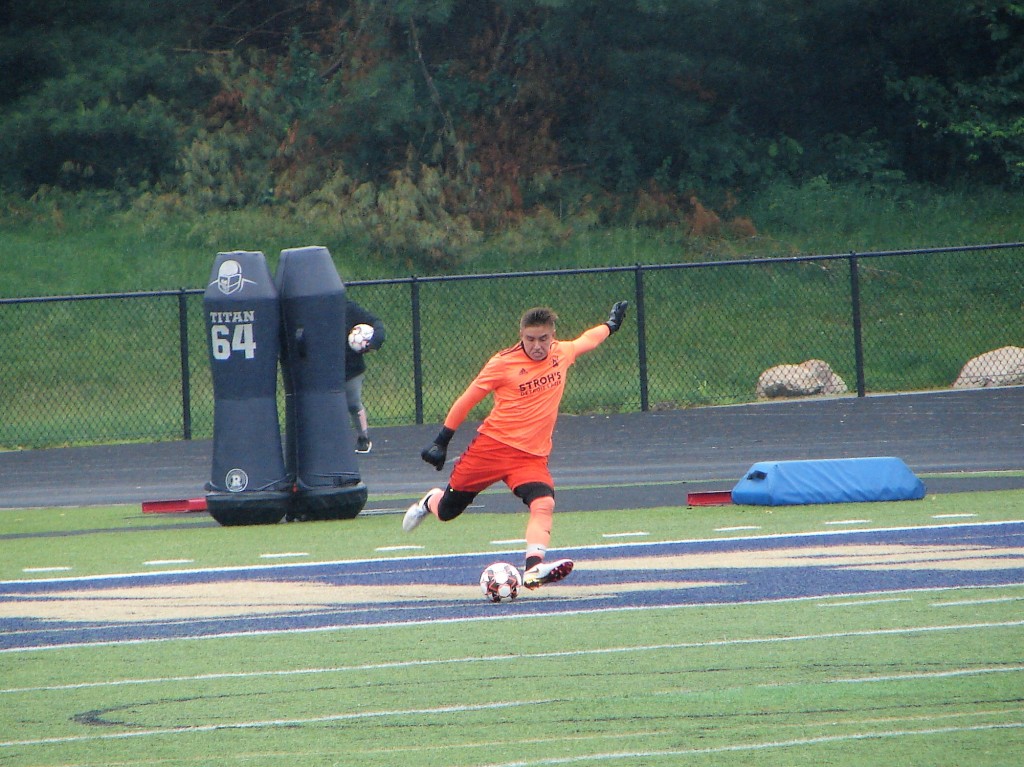 Toledo was getting some looks.  But Seb Harris doubled the lead in the 53’rd minute. 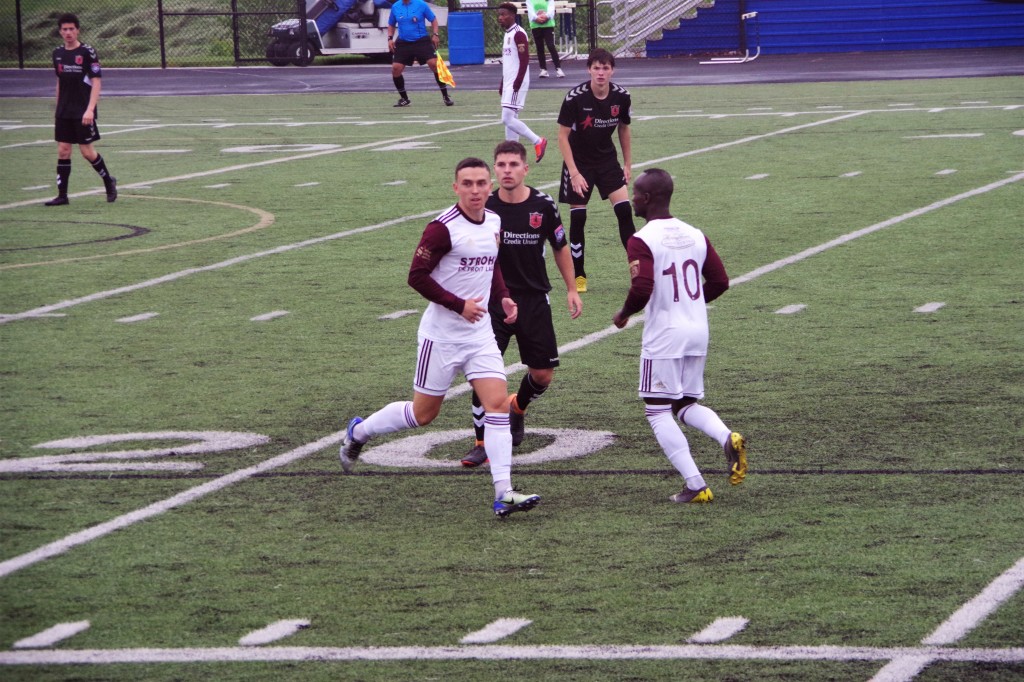 Toledo’s Colin McCort was shown a red card in the 61st minute.  Sixteen minutes later, Cyrus Saydee scored, giving City a 3-0 lead.  And there was much rejoicing. 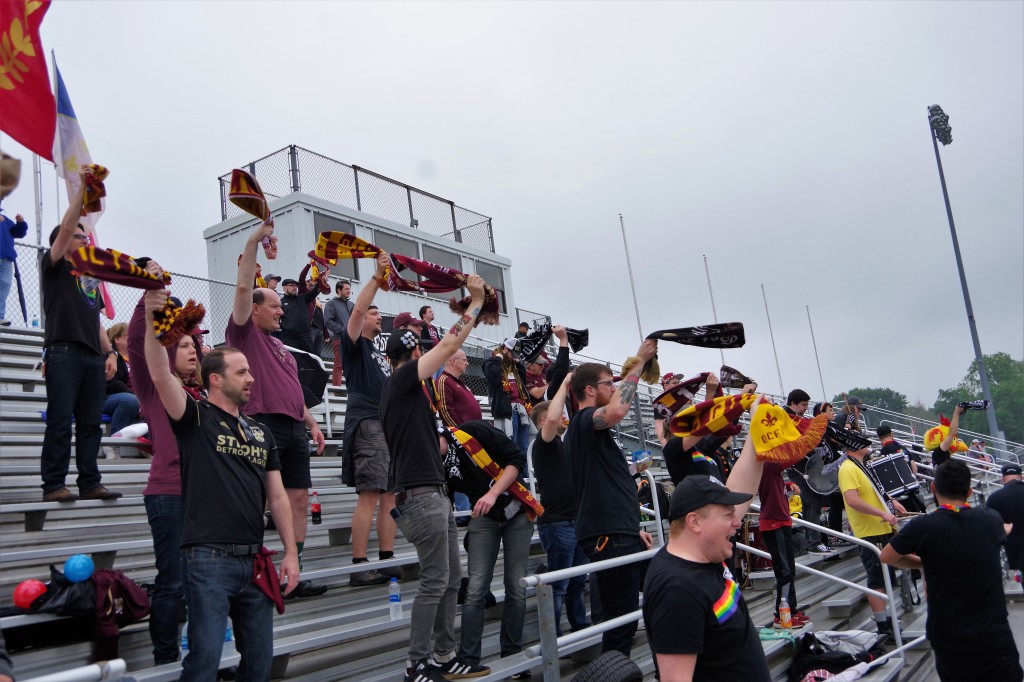 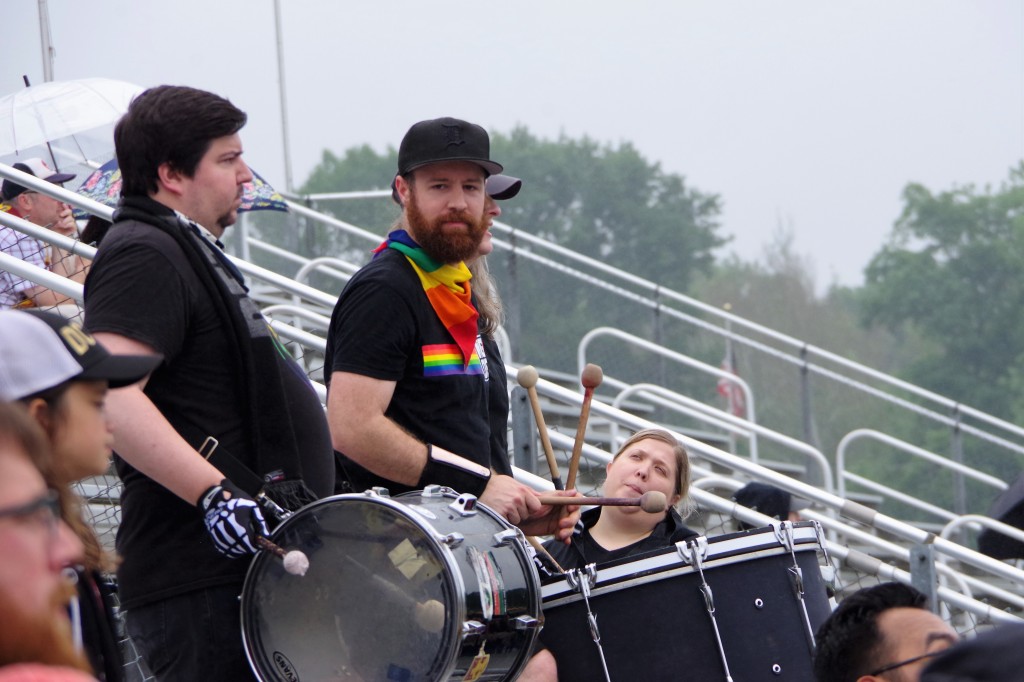 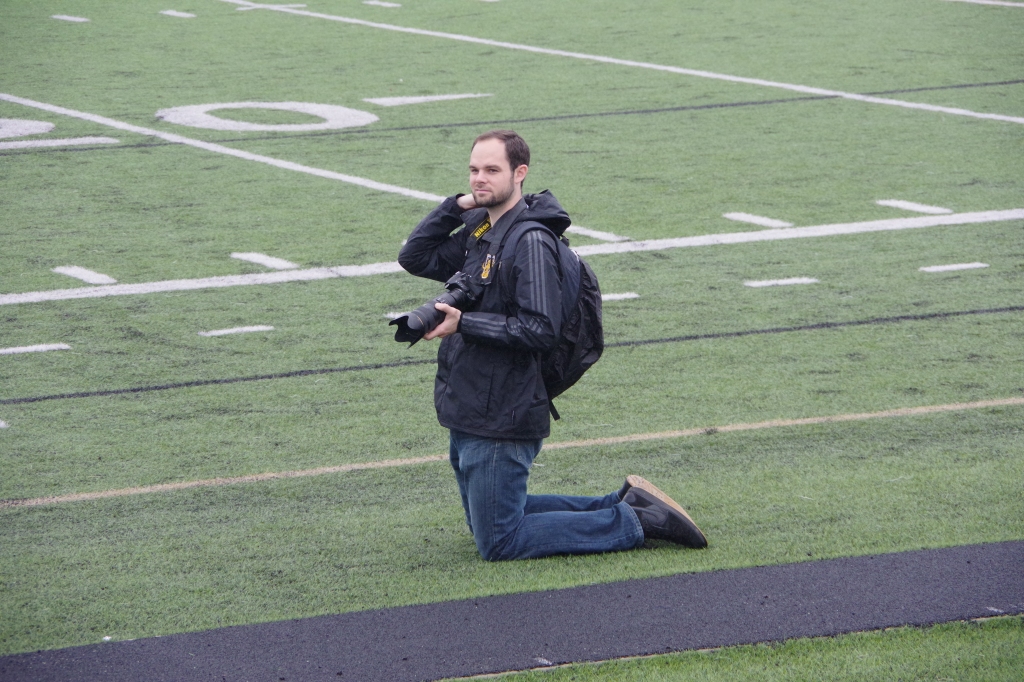 Then, in the 80th minute, Danny Deakin added a goal to his three assist afternoon.  And there was more rejoicing. 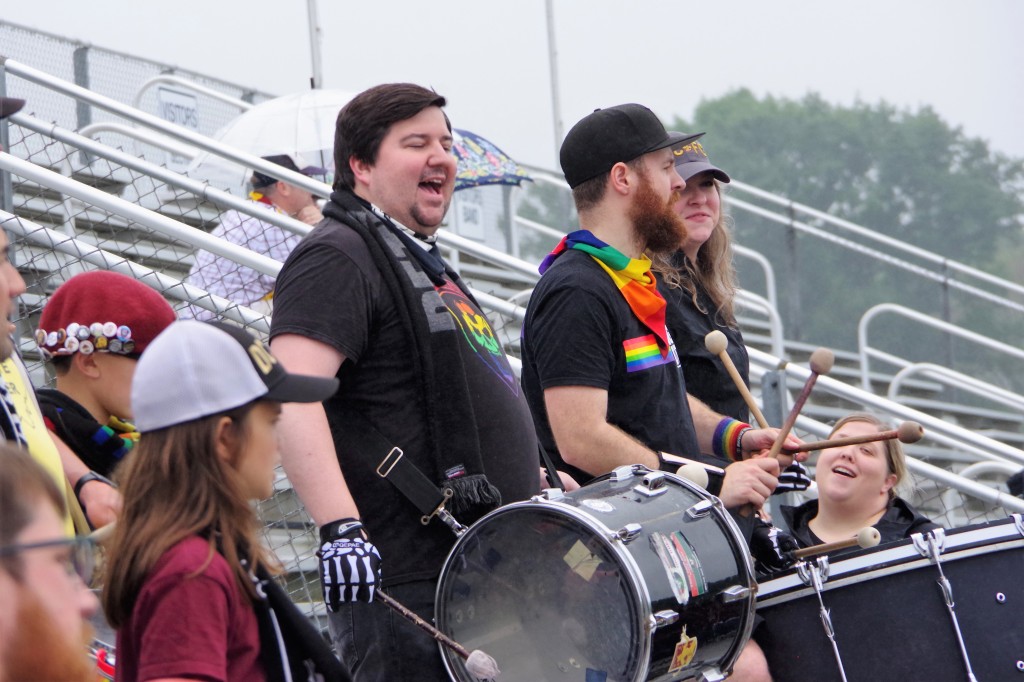 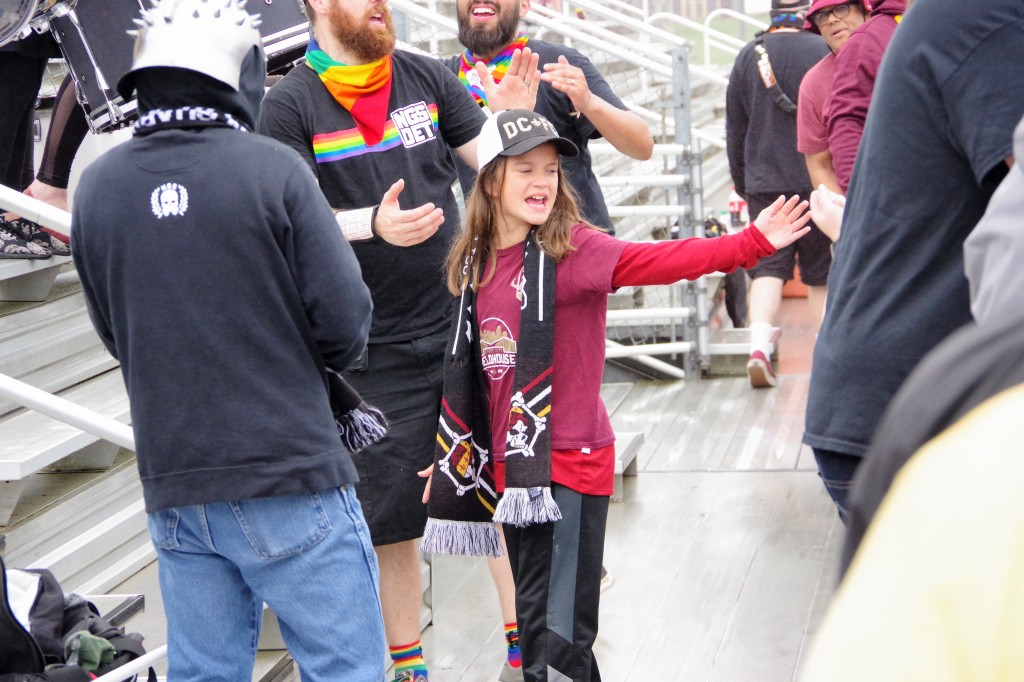 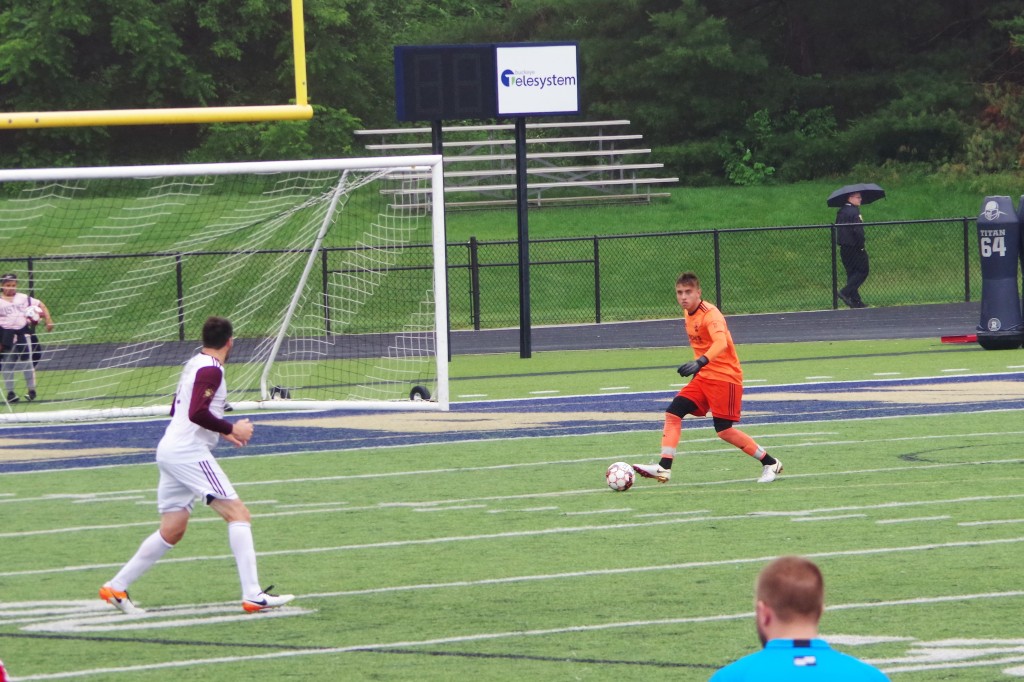