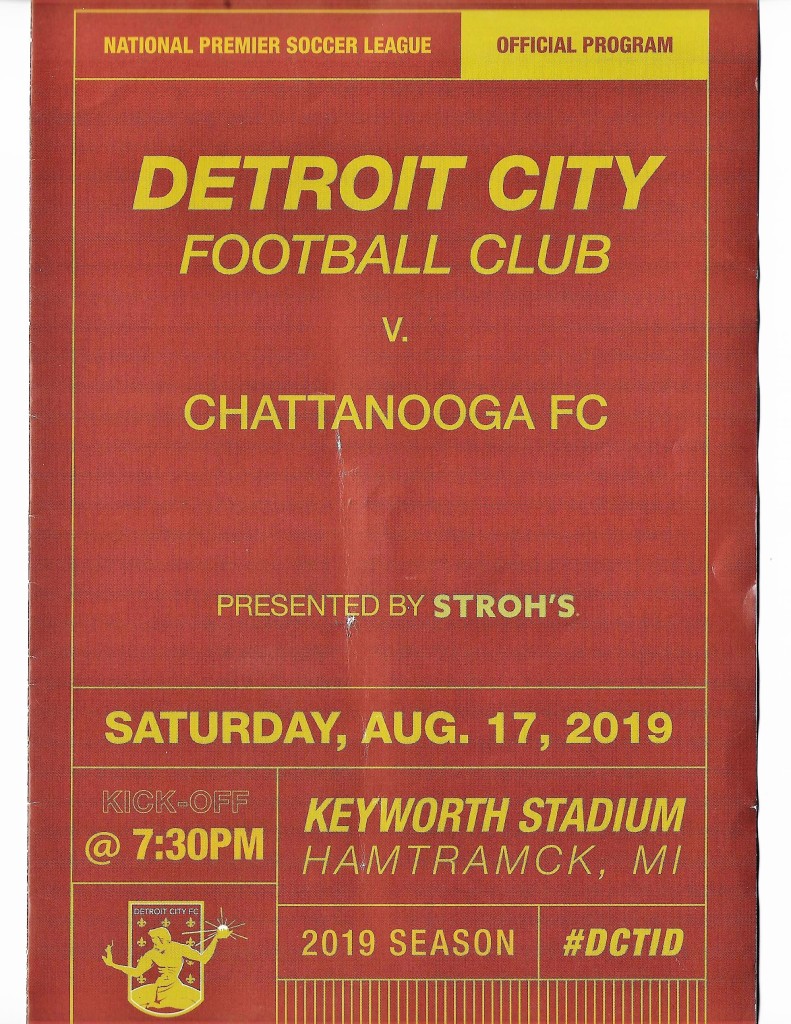 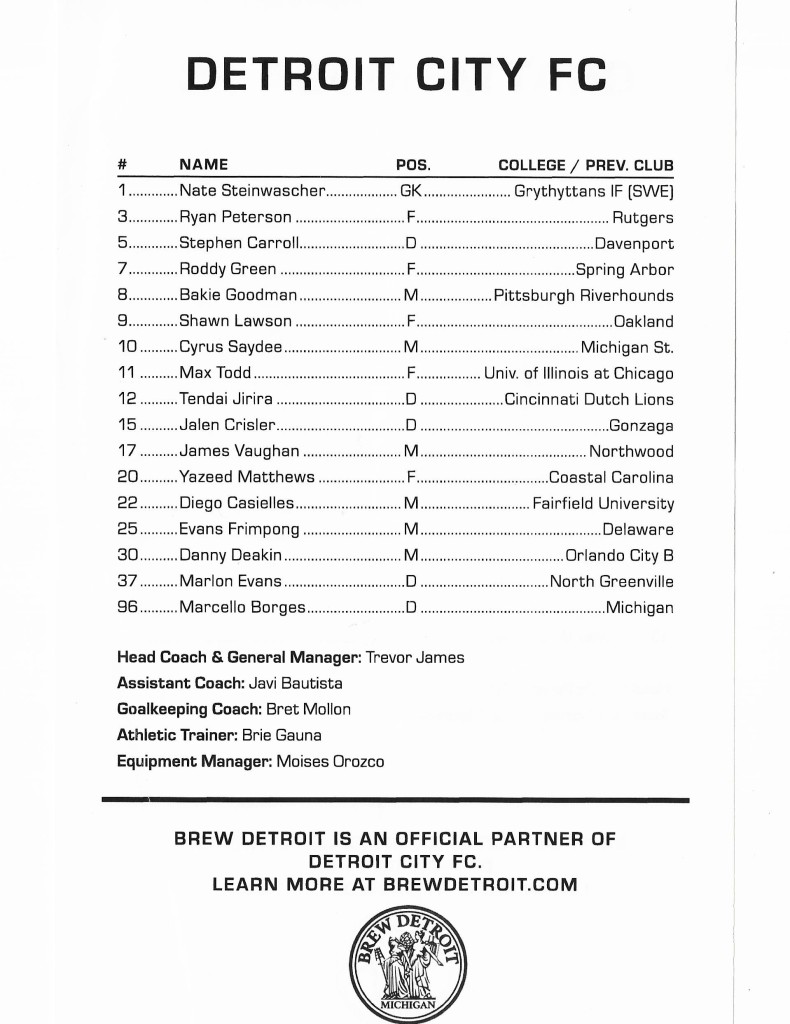 We open the NPSL Members Cup with a visit from our frenemies from the south – Chattanooga FC.  We’ve played three friendlies against them, enjoying each others’ company over those weekends, minus the 90 minutes of match play.  The Chattahooligans, like the Northern Guard, are great people. 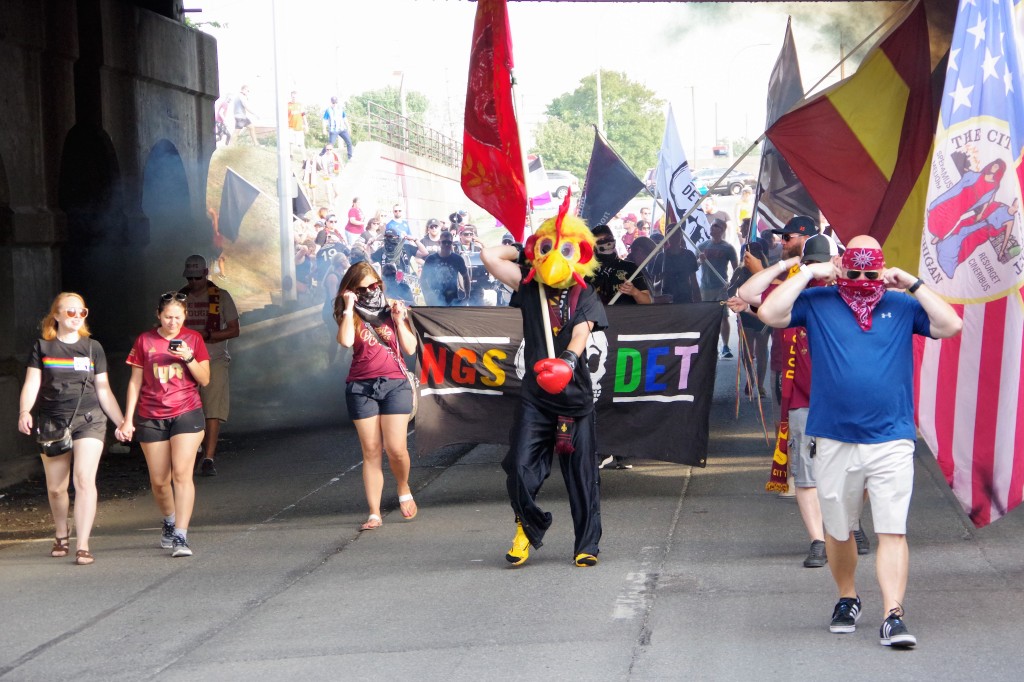 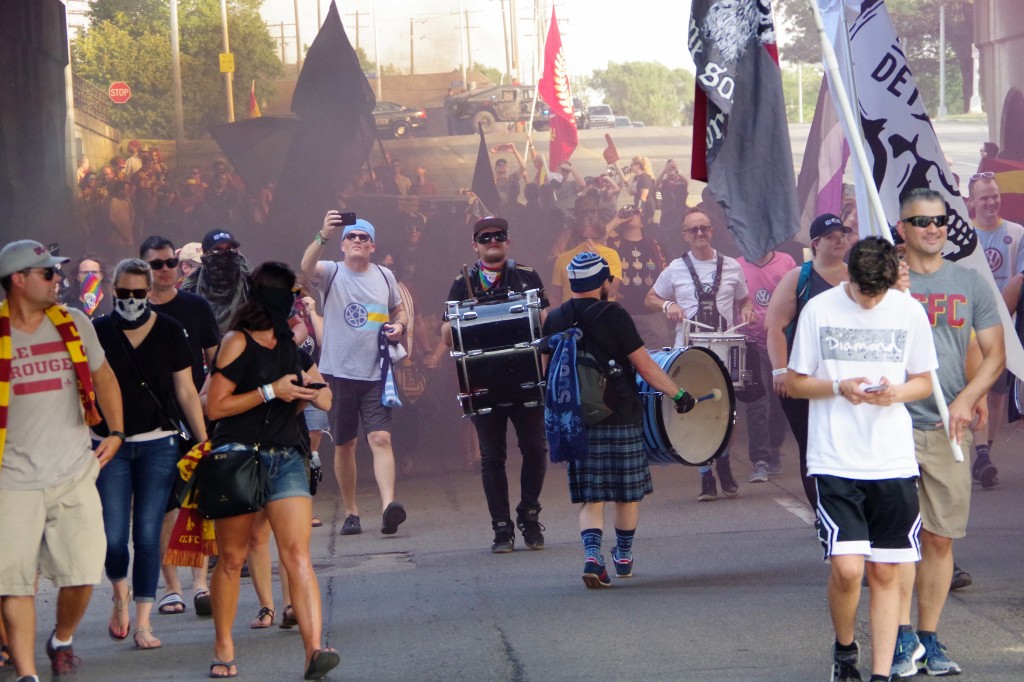 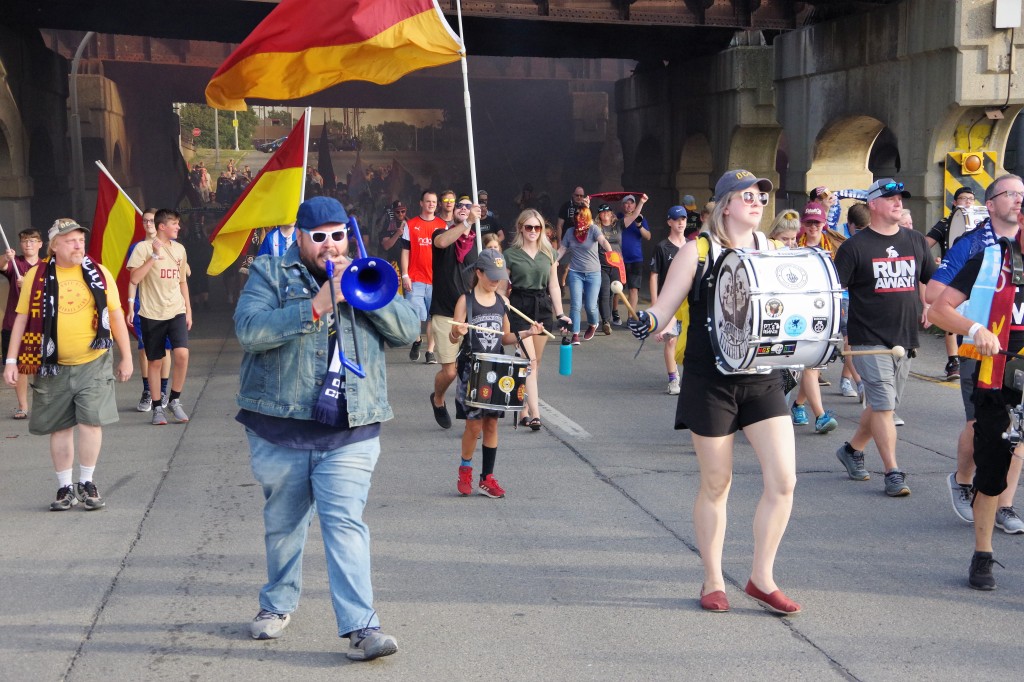 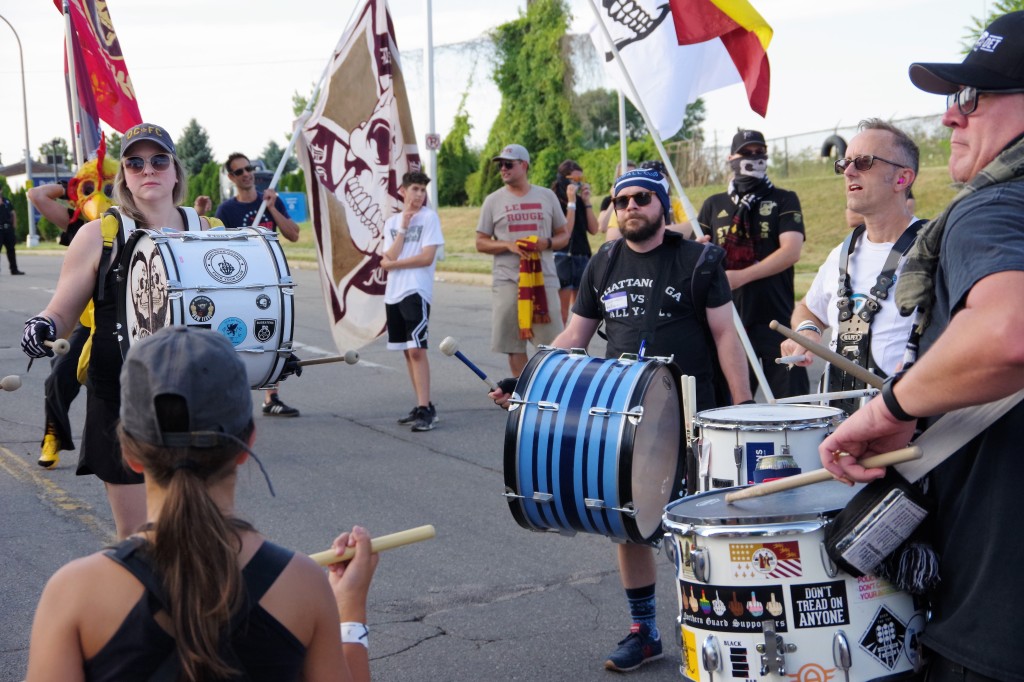 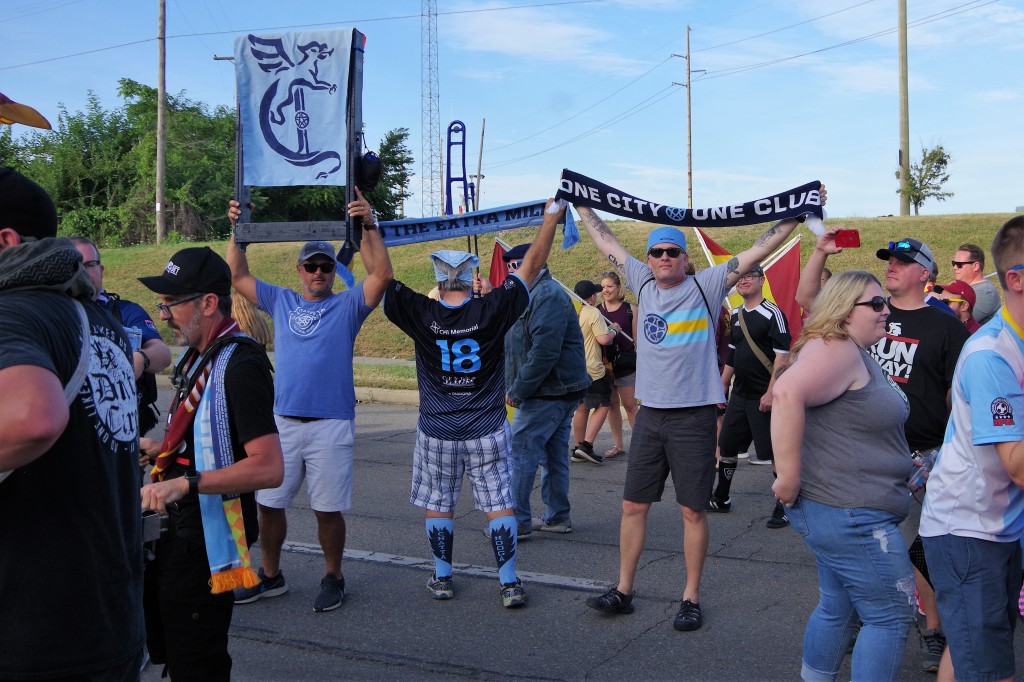 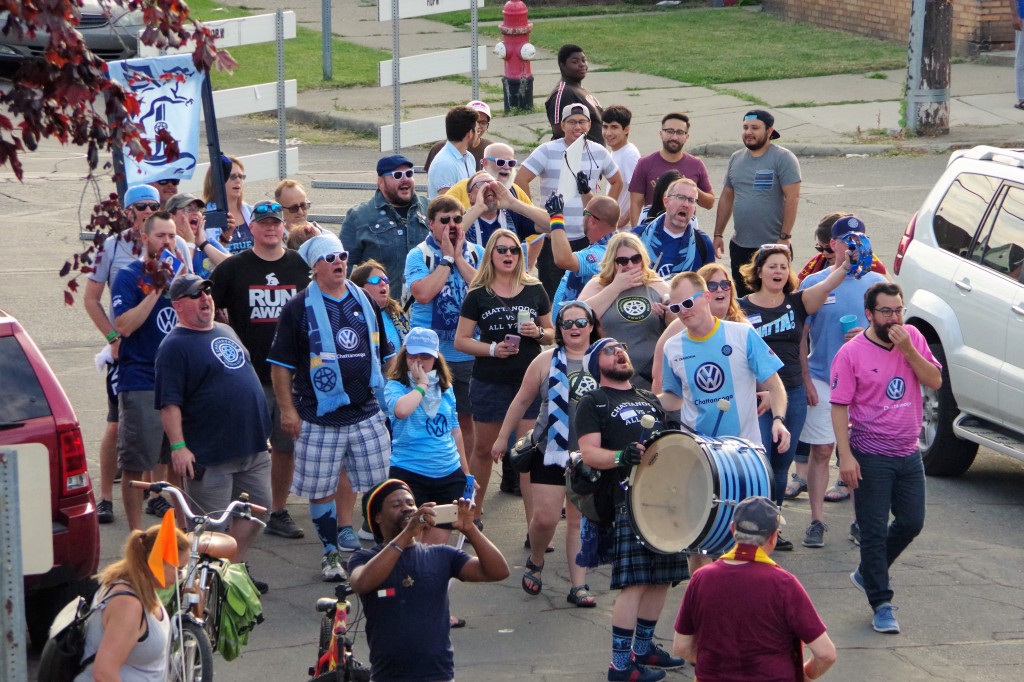 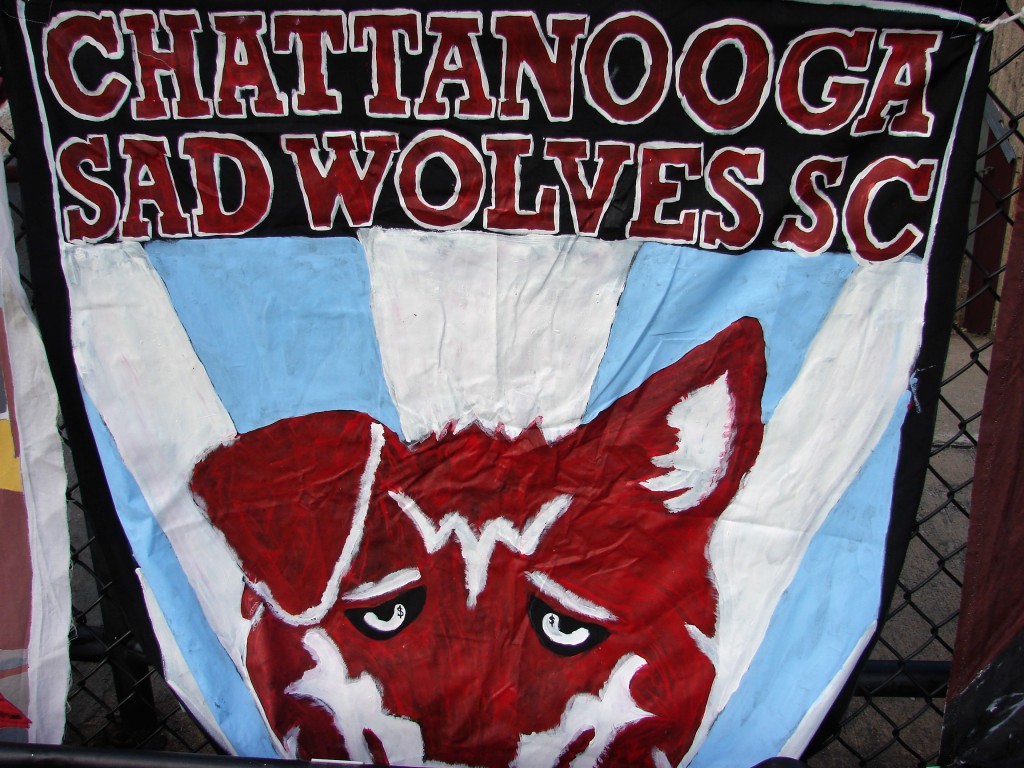 The beginning of a new competition means a new tifo! 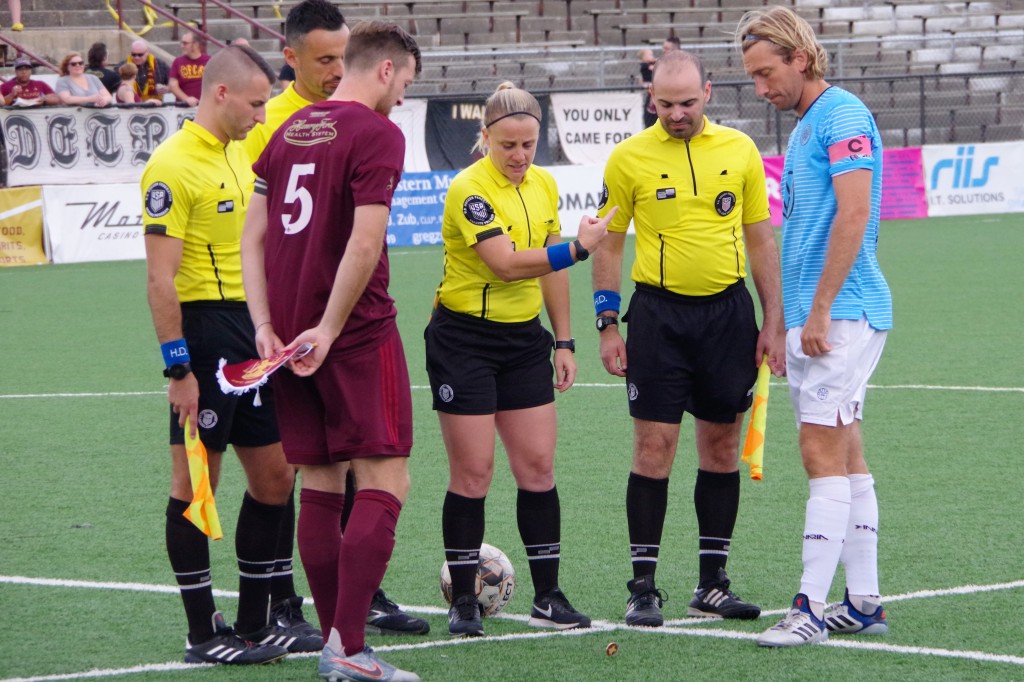 In the three friendlies, each team has won a game, and there was a draw.  A single goal was the margin of victory in both wins.  This promised to be another close match, and both teams delivered. 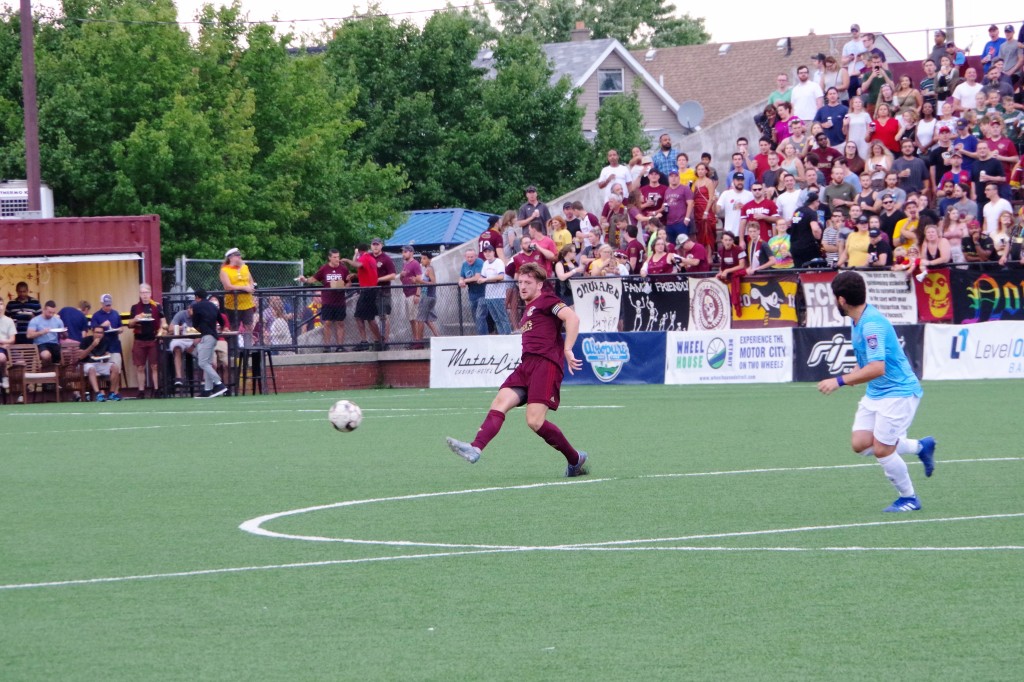 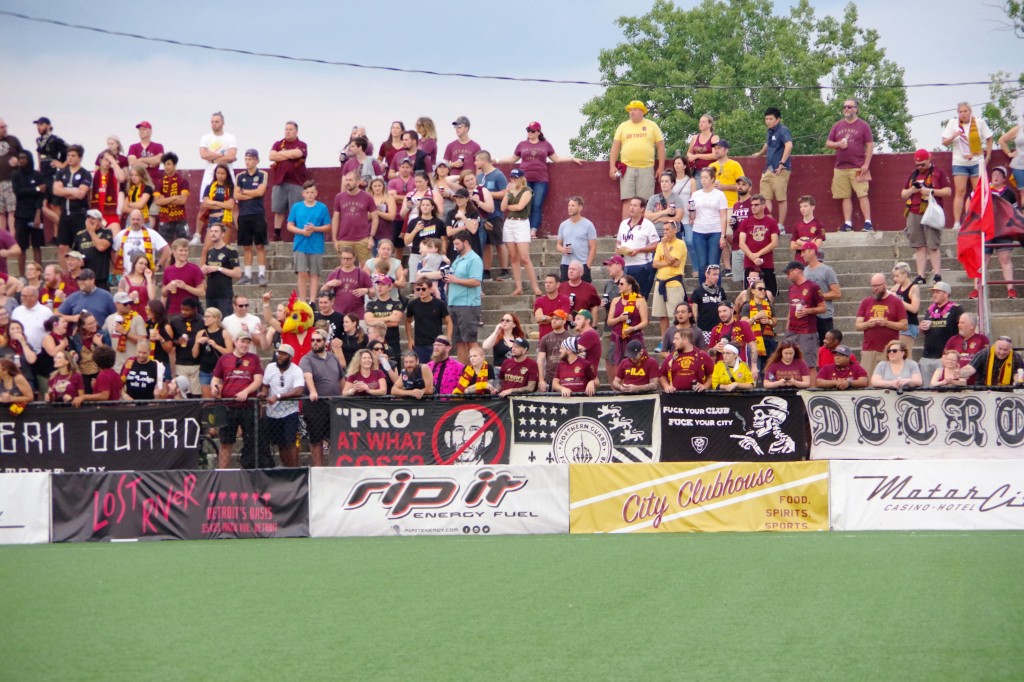 In the 25th minute, Marcello Borges breaks the ice upon receiving a beautiful pass from Cyrus Saydee. 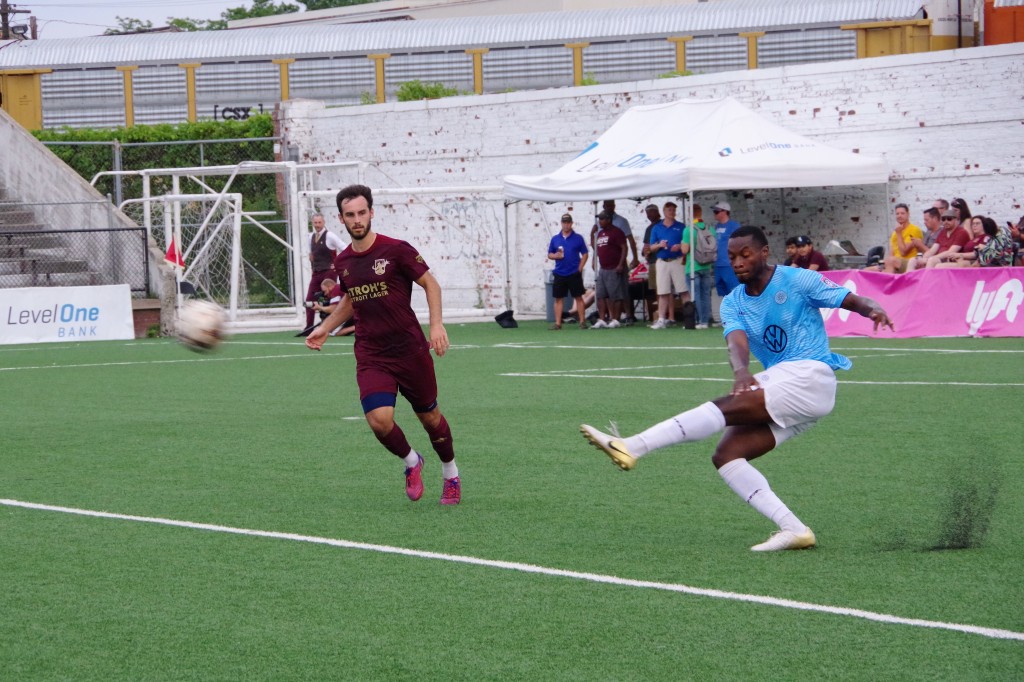 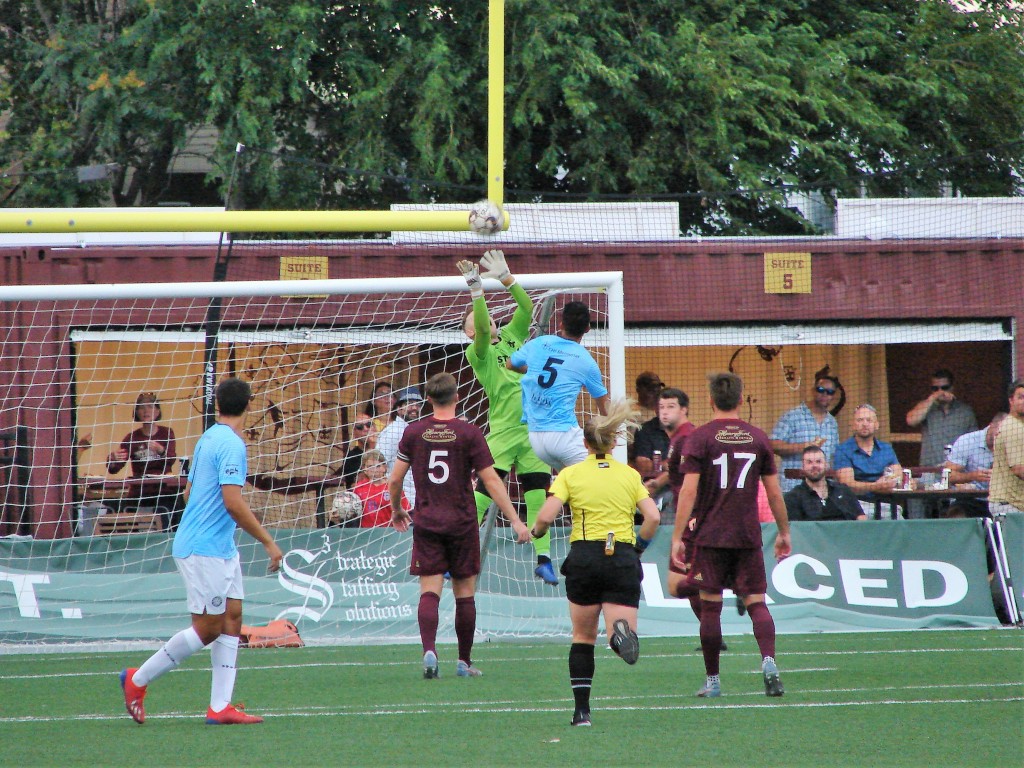 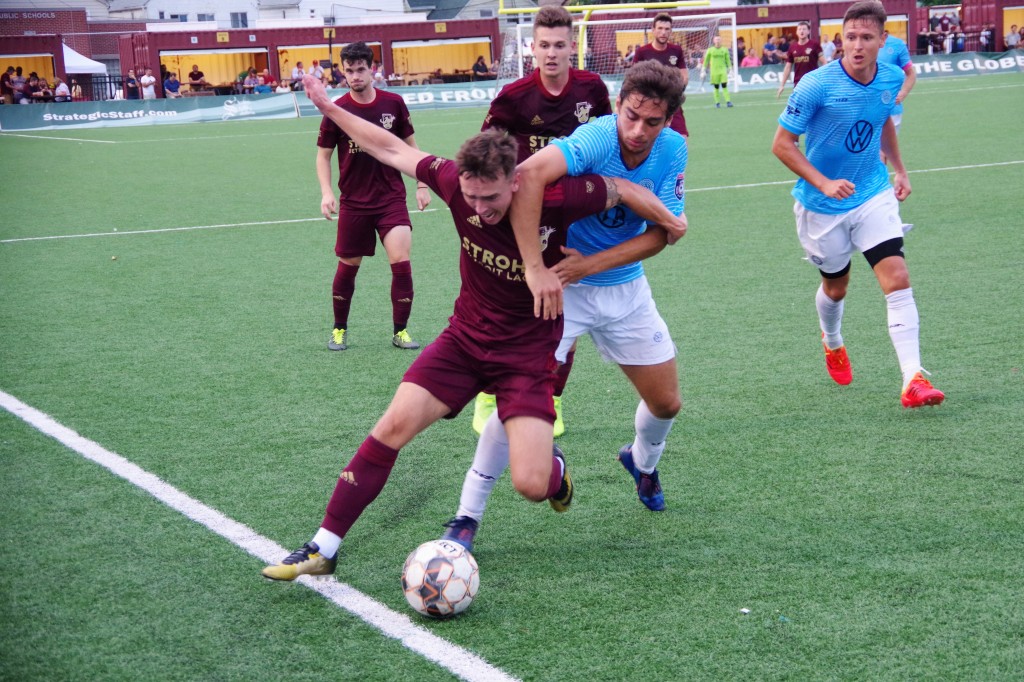 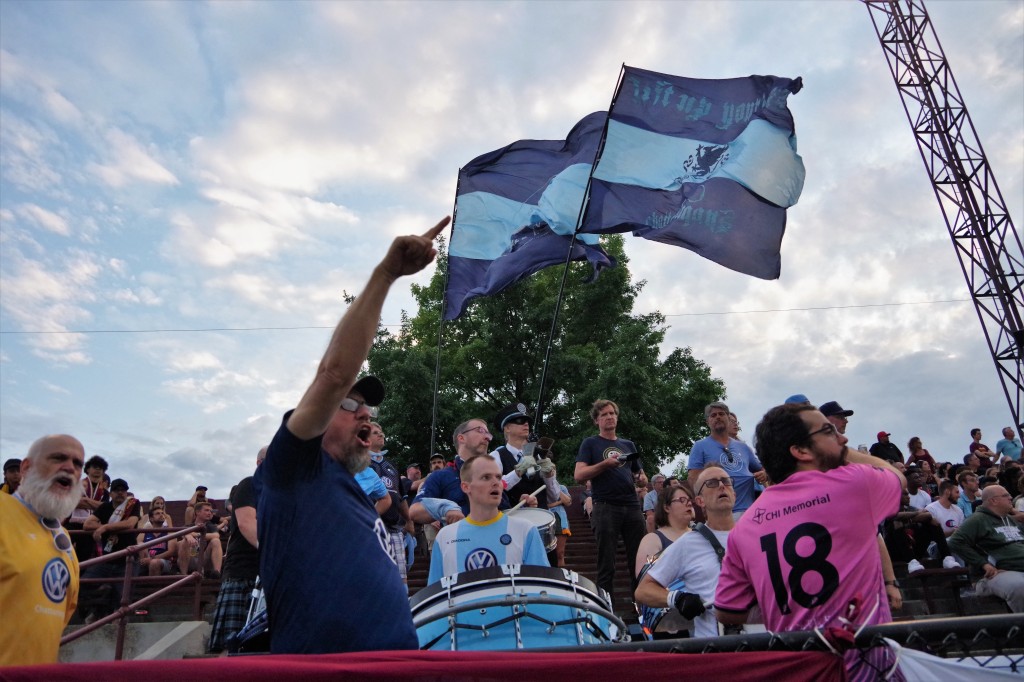 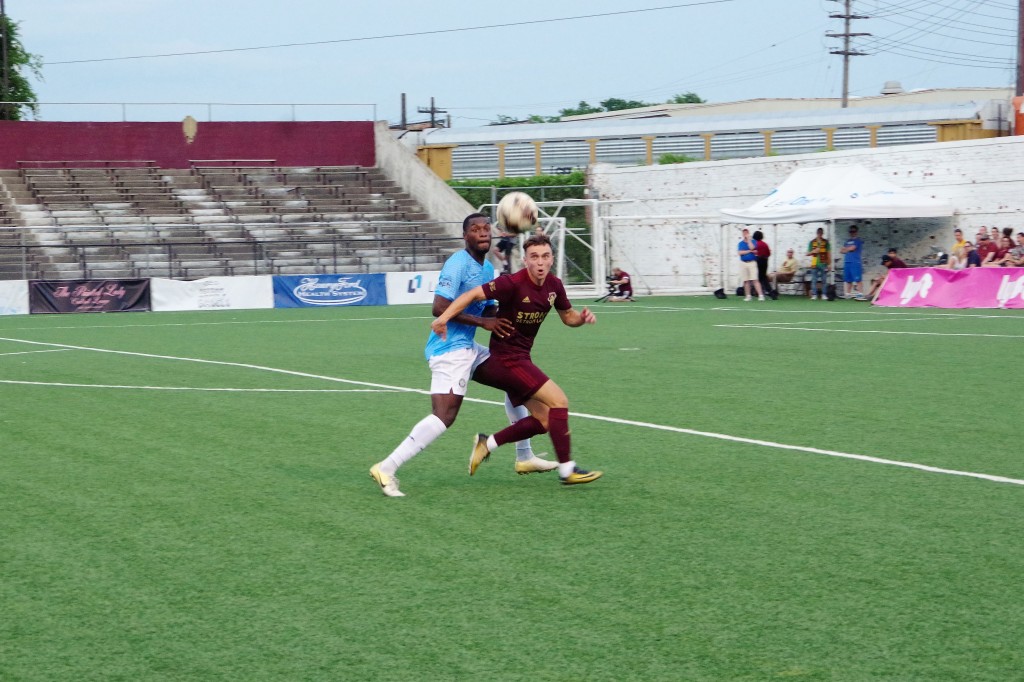 In the second half, Danny Deakin made this run to score at the 60th minute mark to double the lead.

Even though they’re our friends, for these 90 minutes they’re the opponent. 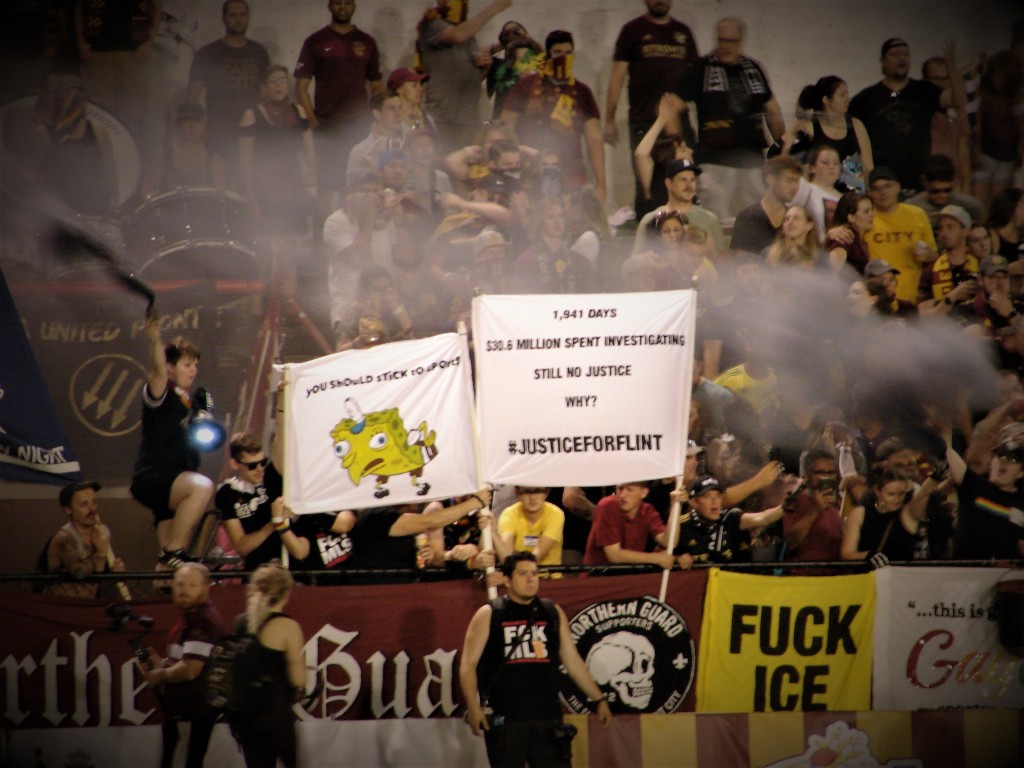 This evening, City recognized bike awareness night.  Ryan Peterson (#3) made us aware of his bicycle skills. 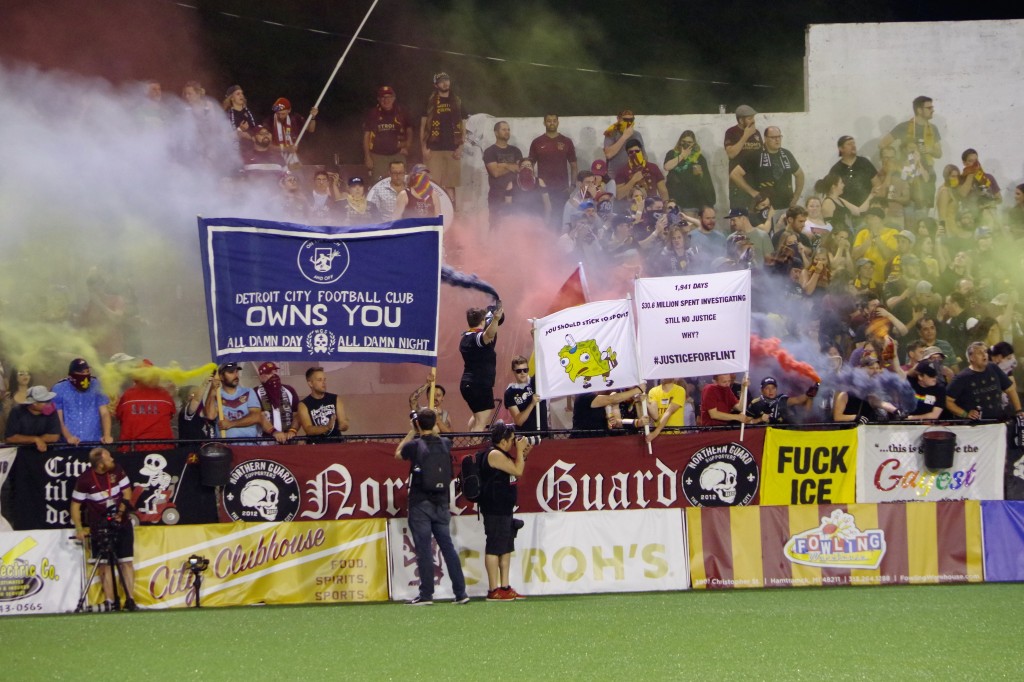 Chattanooga’s Alun Webb scored four minutes after Danny Deakin, to bring it back to a one-goal game.  City’s outstanding defense prevented the comeback. 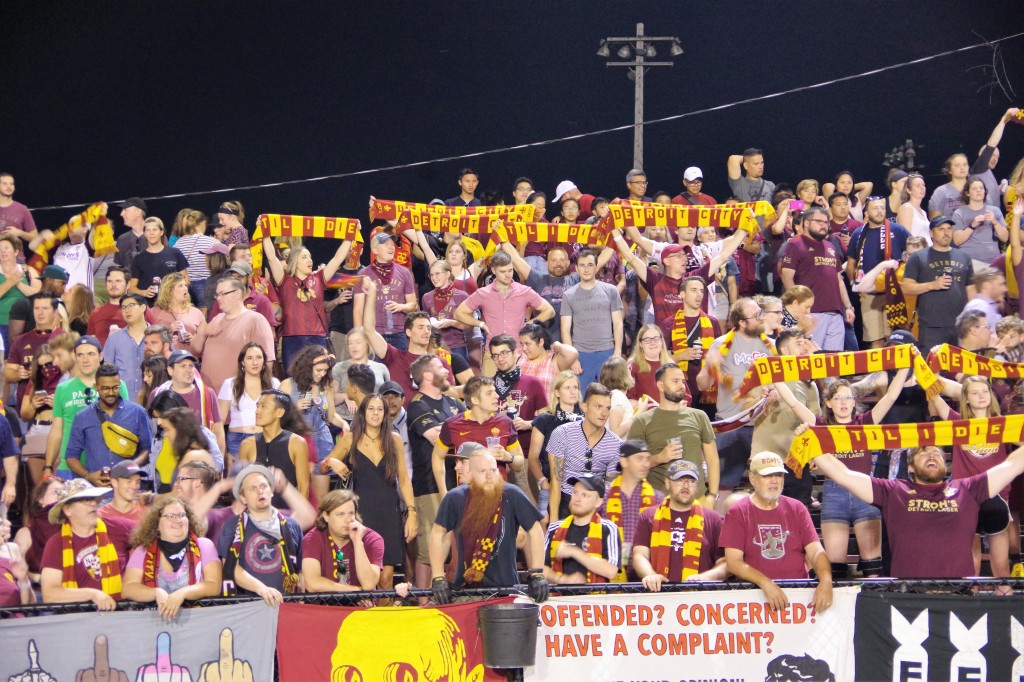 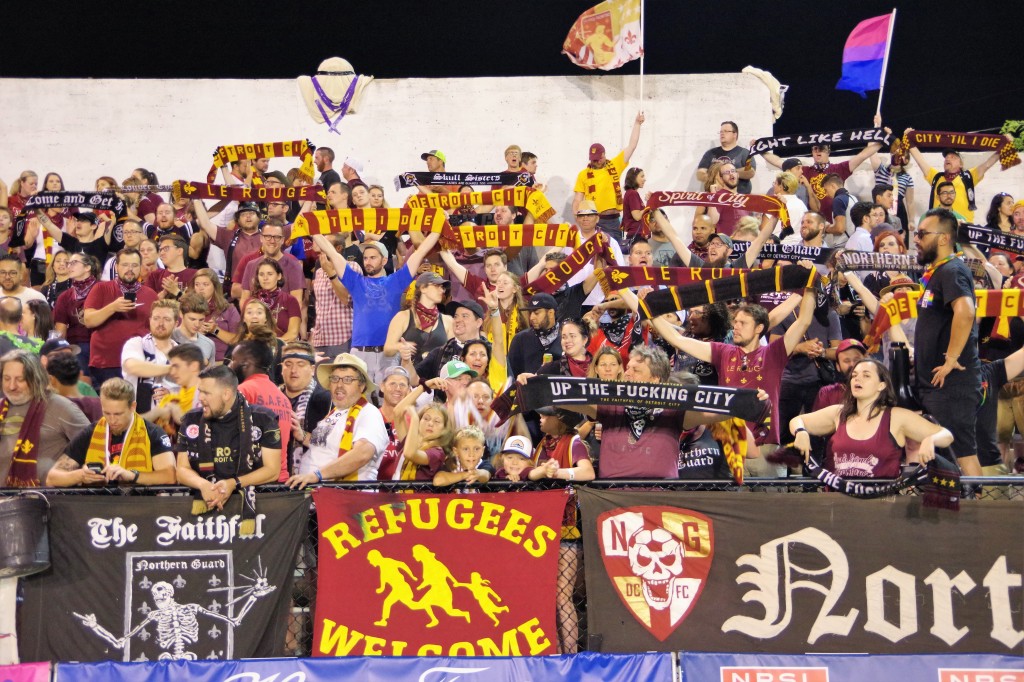 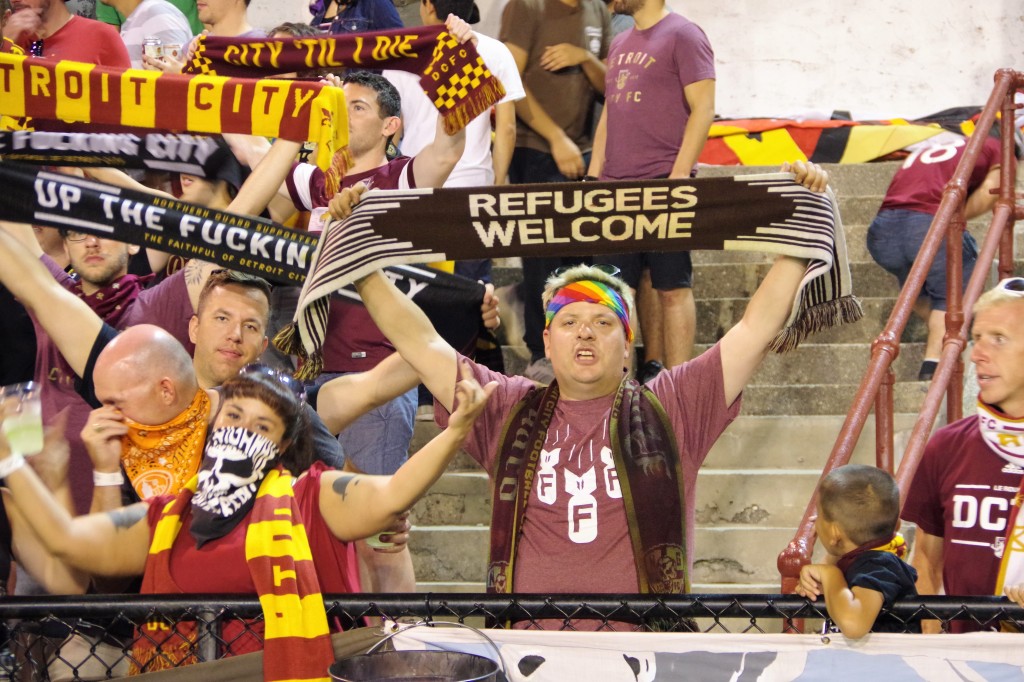