Atlas Futbol Club was founded in 1916.  The team’s home base is Estadia Jalisco, a 56,713-seat stadium in Guadalajara.  And they visit us this evening as the third Liga MX team to play Detroit City FC in two seasons. 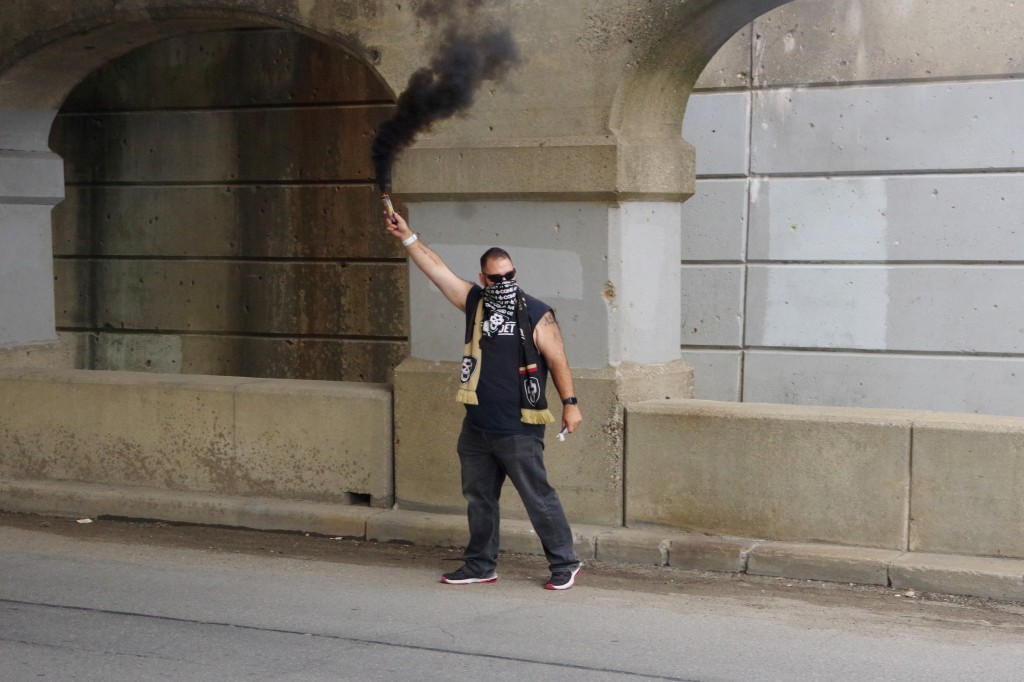 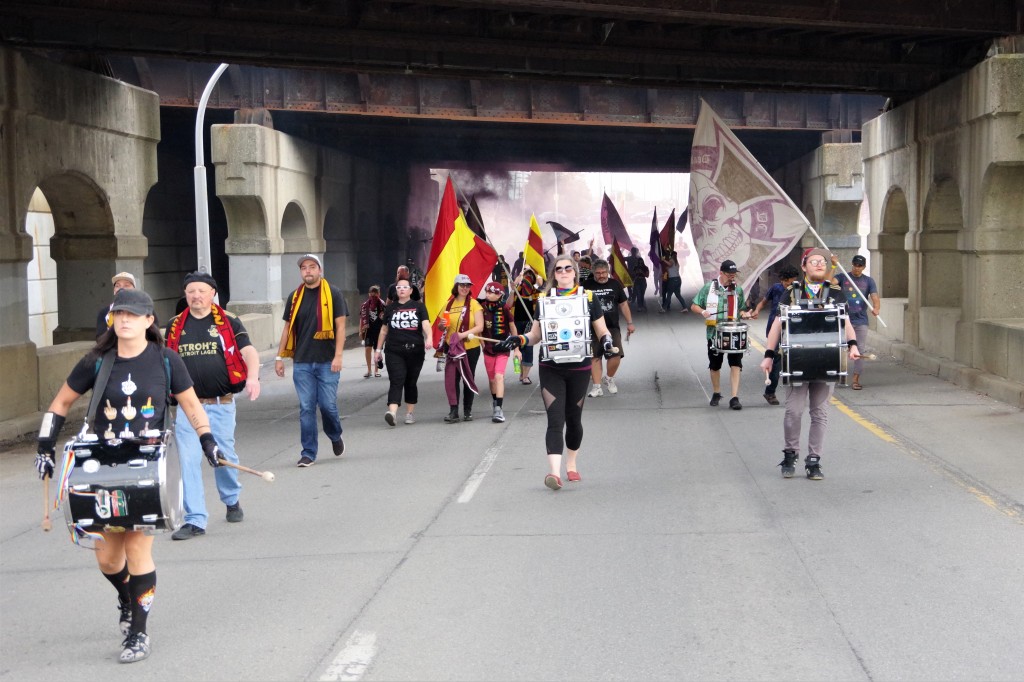 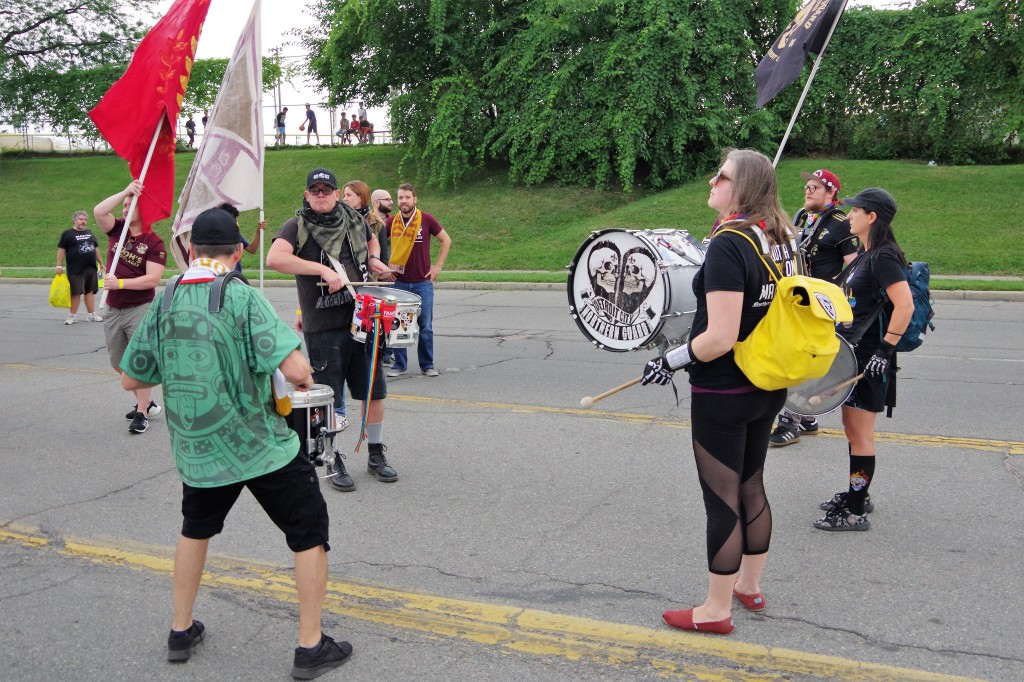 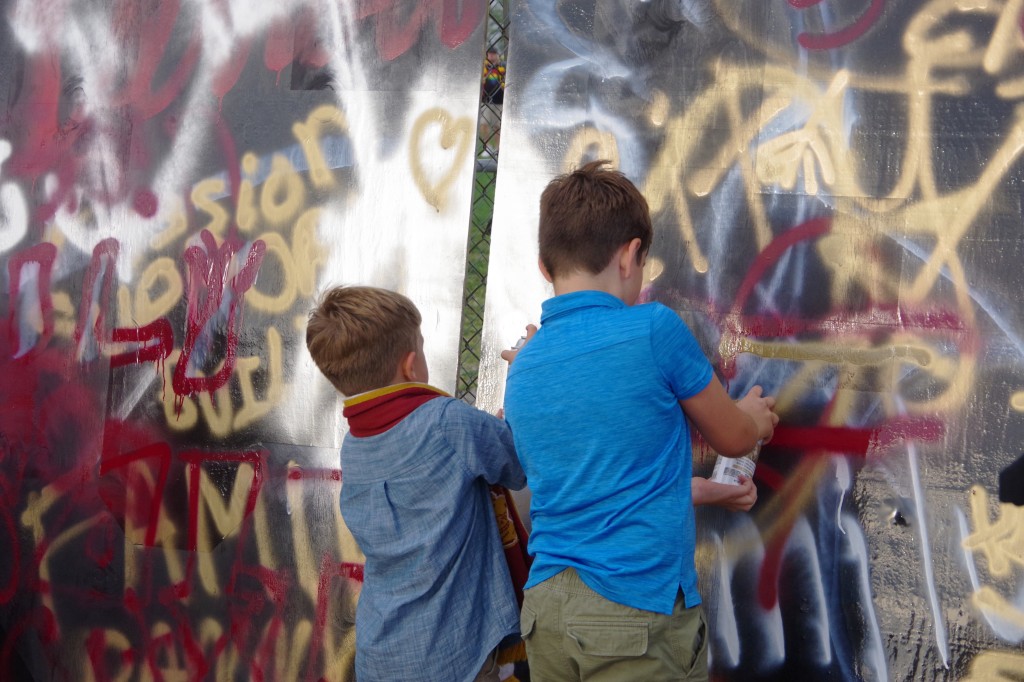 I gotta say, during the pre-game, the way the Family-Friendly side was filling in, I was concerned that there would be more Atlas FC fans than City supporters. 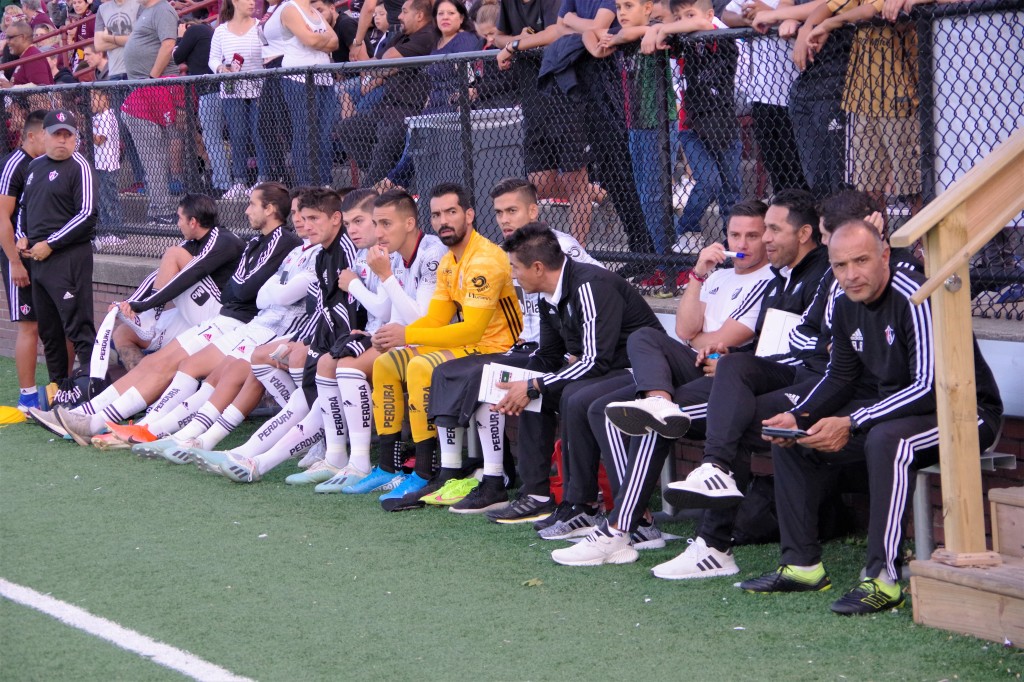 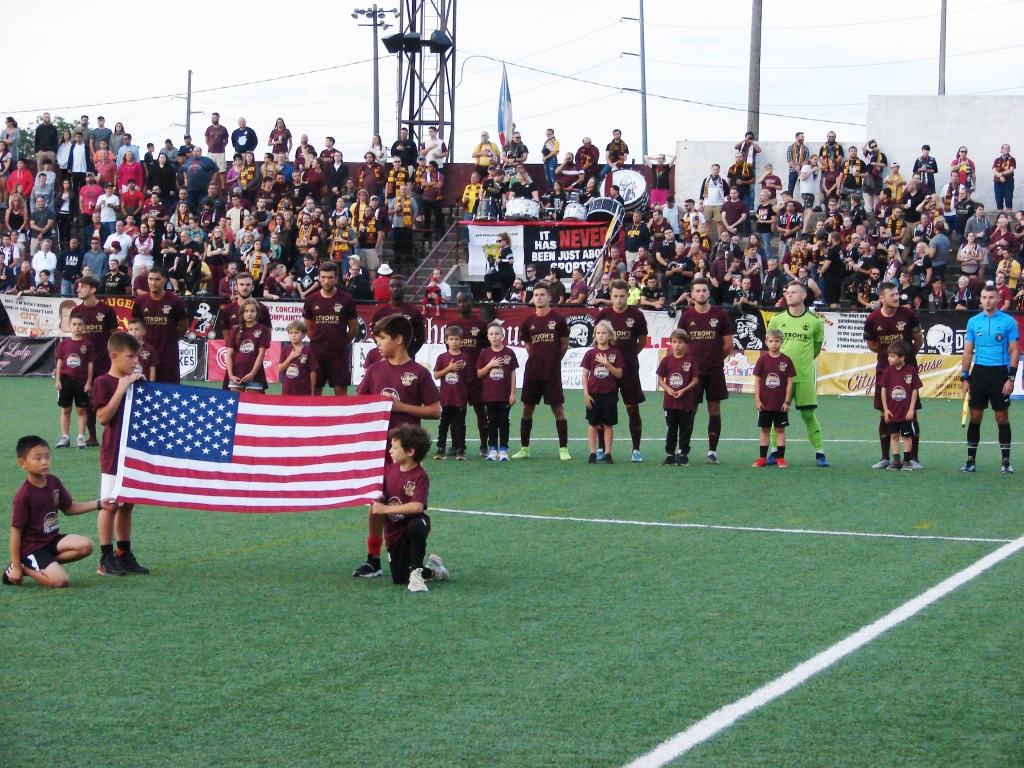 City didn’t wait for the opening smoke to dissipate to grab a lead when Ryan Peterson scored in the 3rd minute. 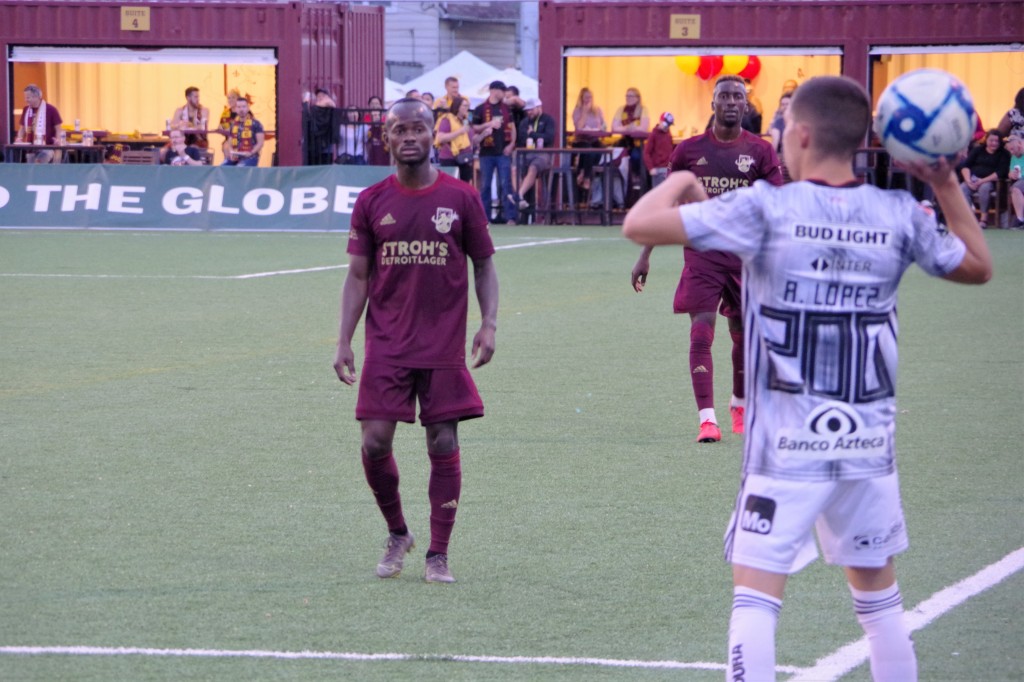 Atlas FC equalized a quarter-of-an-hour later on a goal by Facundo Barcelo.  The teams went into halftime in a 1-1 deadlock.

The pace of the game was good, and the back-and-forth play created intensity.  Then, in the 58th minute, Yazeed Matthews gave City the lead.

I think he’s asking for a player’s jersey.

City hung on for the amazing victory.  MLS teams struggle against Liga MX teams.  City’s record is now a win and two losses.  Unfortunately, the Atlas players didn’t come over and share in the international friendly atmosphere. 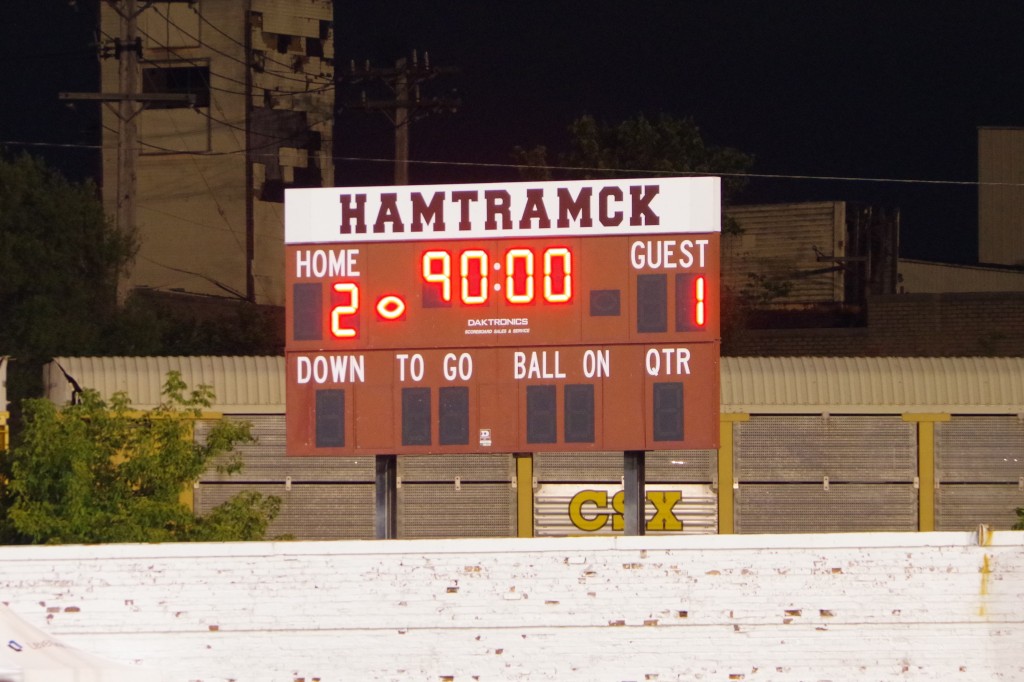 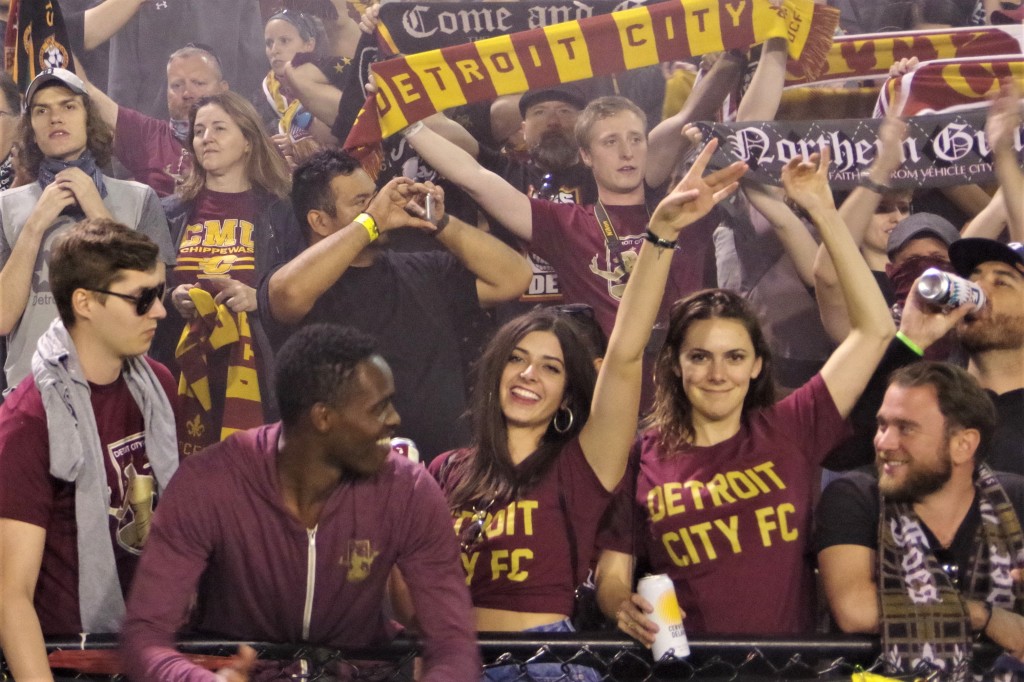 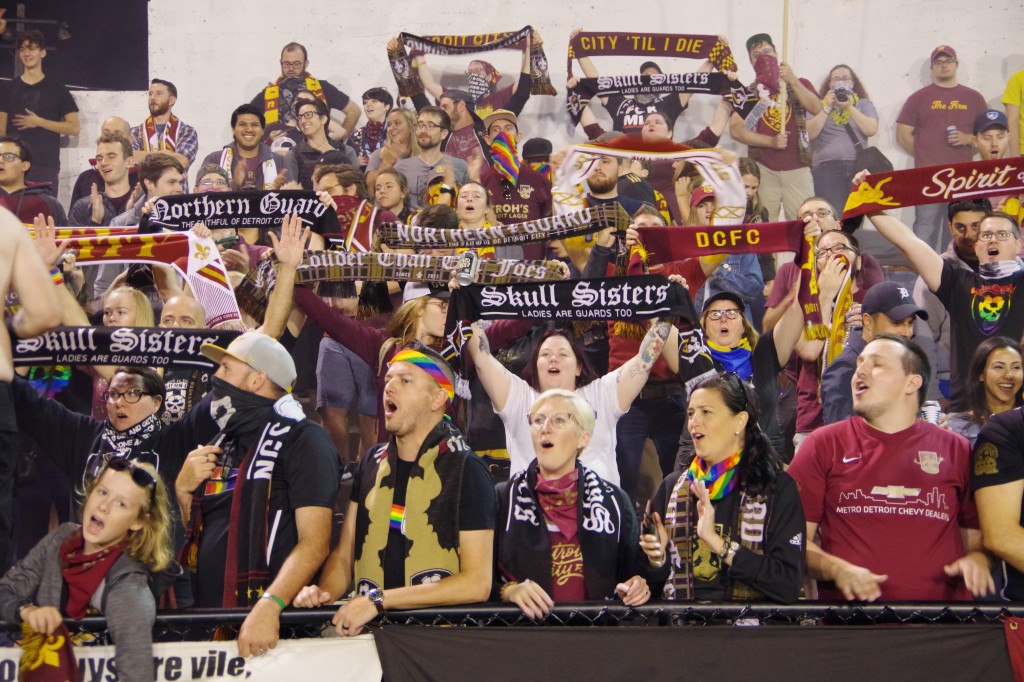