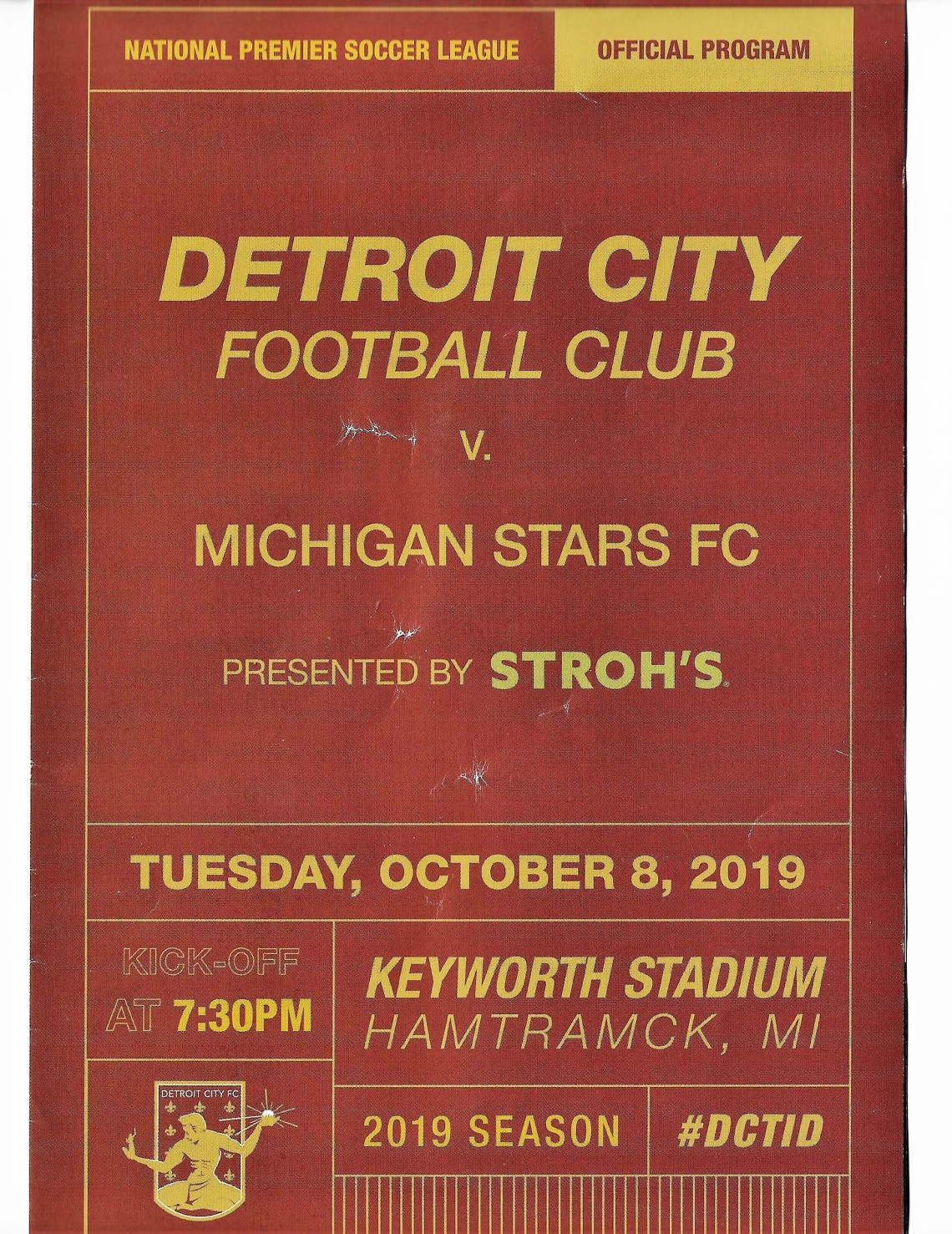 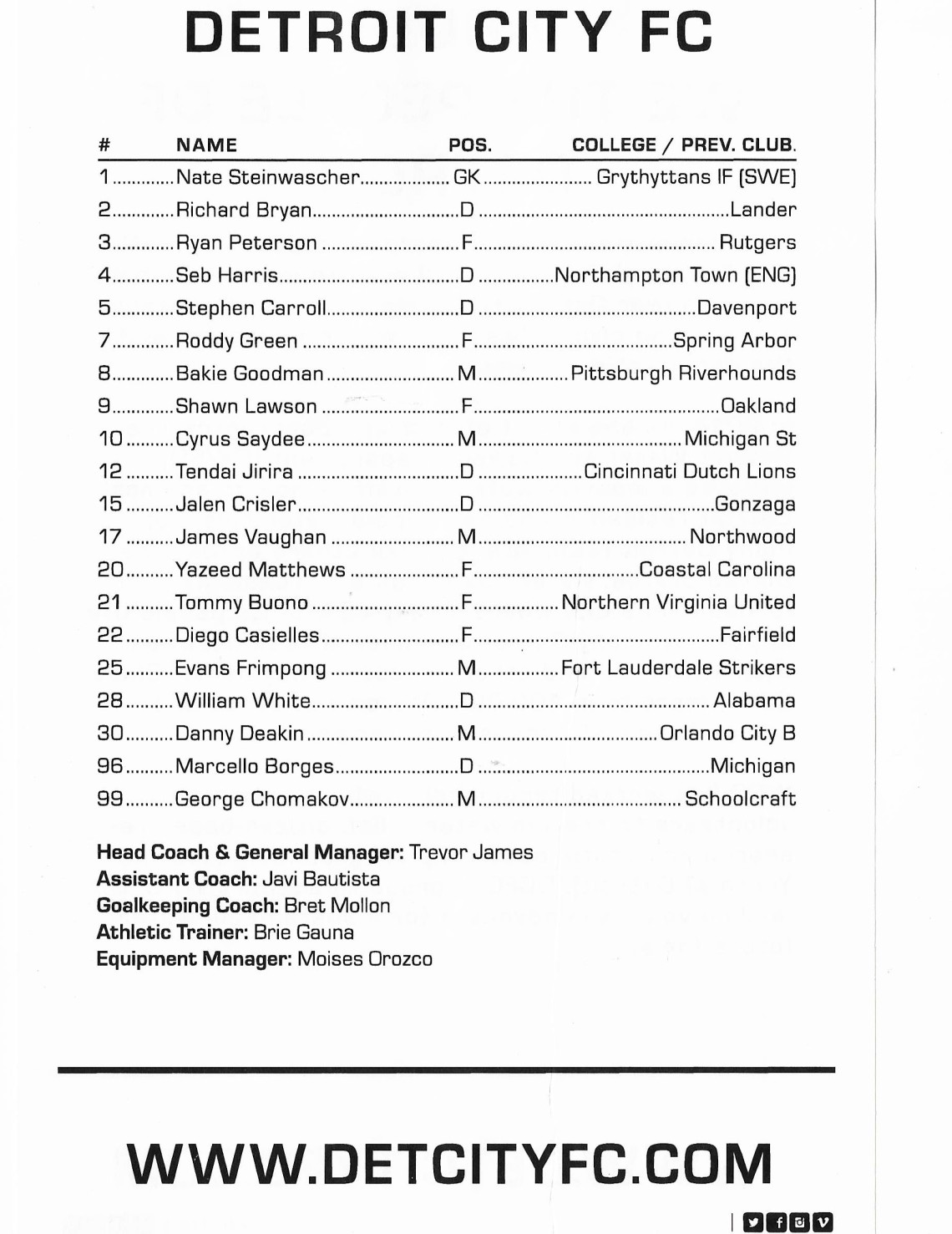 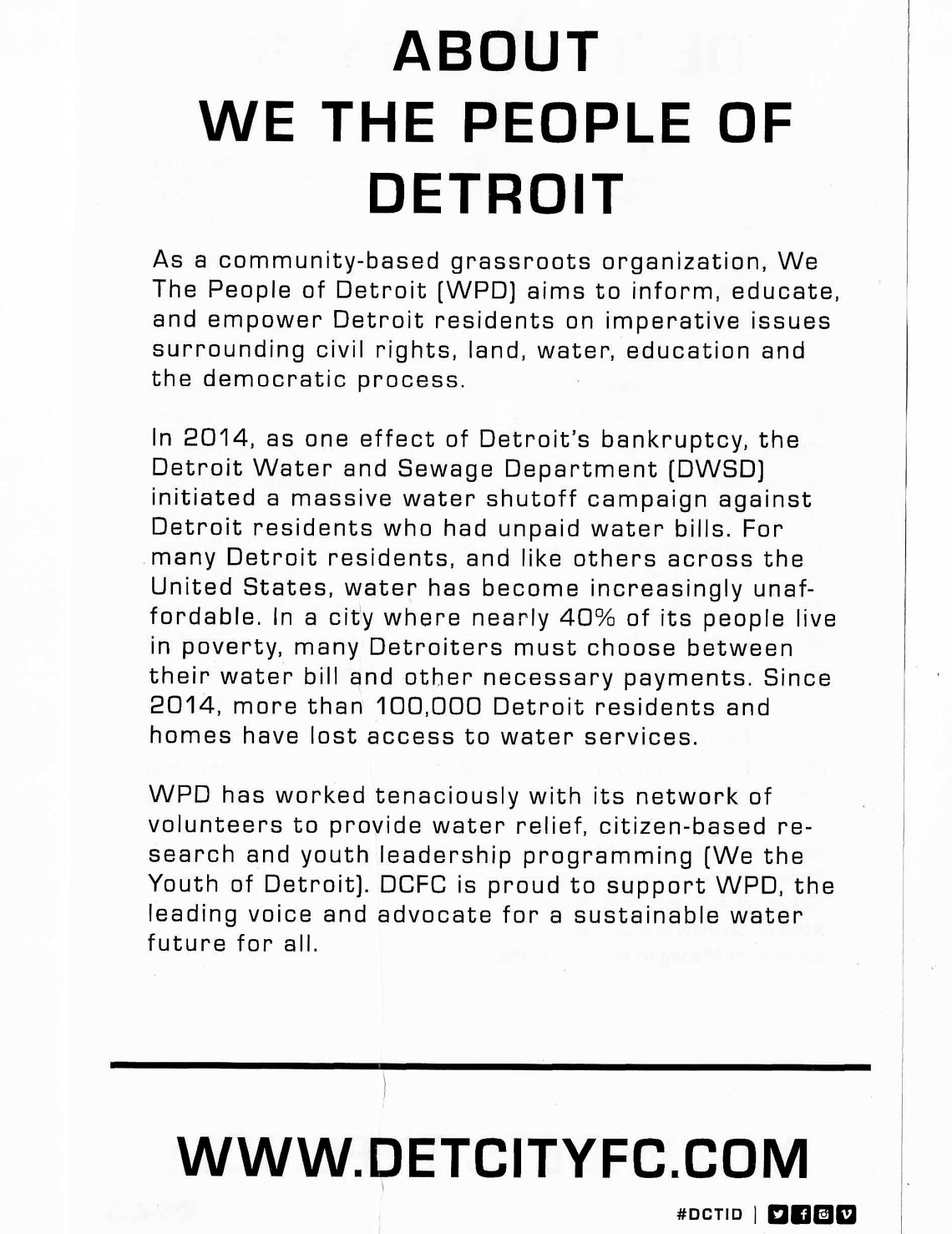 This was a new adjustment.  Playing in October, on a school night.  The mid-week match brought an attendance that was stadium-filling, back at Cass Tech.

On the plus side, the limited edition print was a cool one.  It’s the one hanging on the left, celebrating our radical edge. 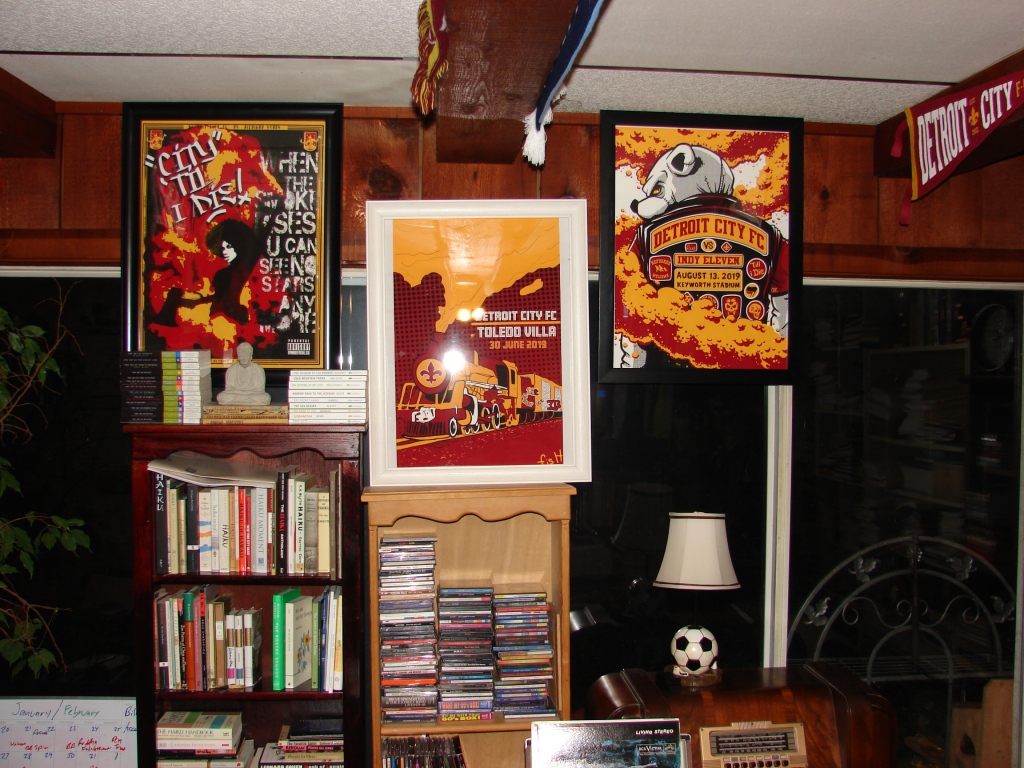 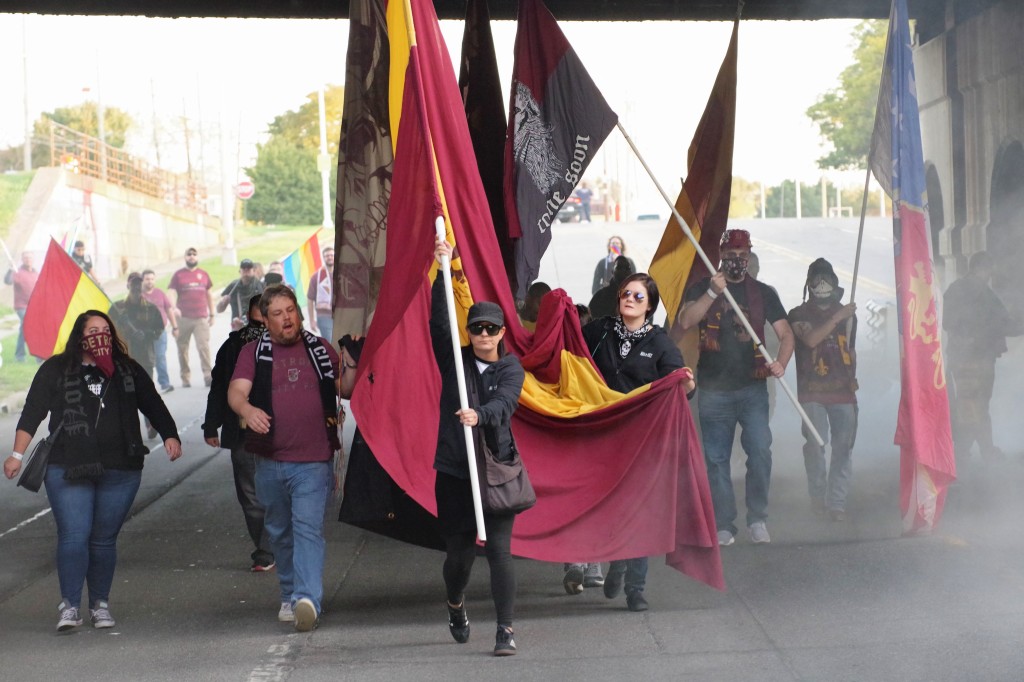 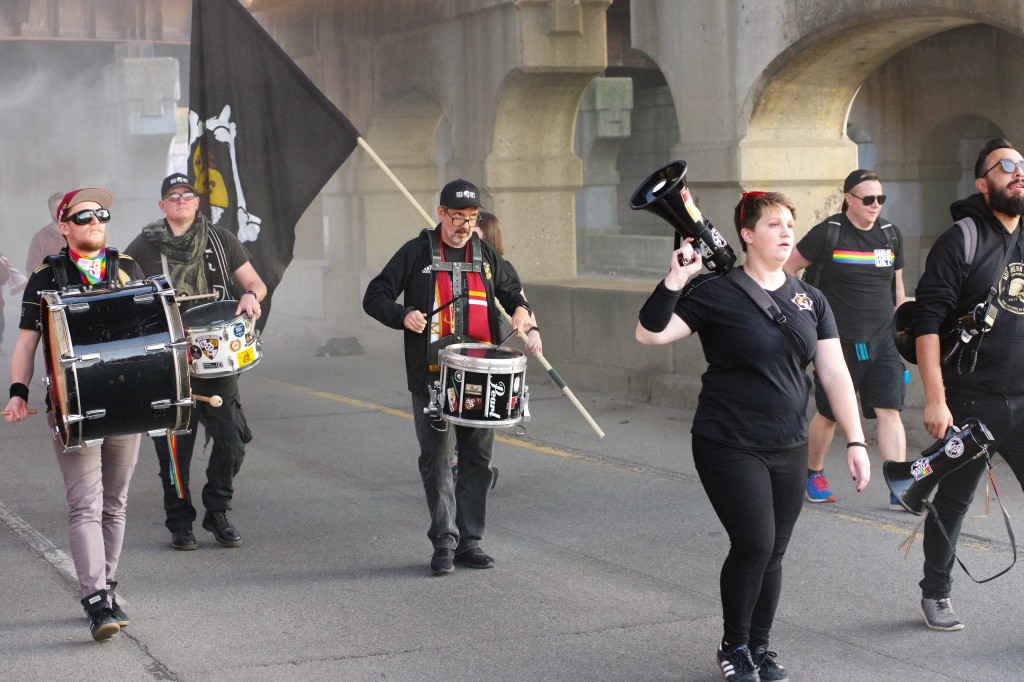 Unfortunately, due to the low turnout, we didn’t have a pre-march speech. 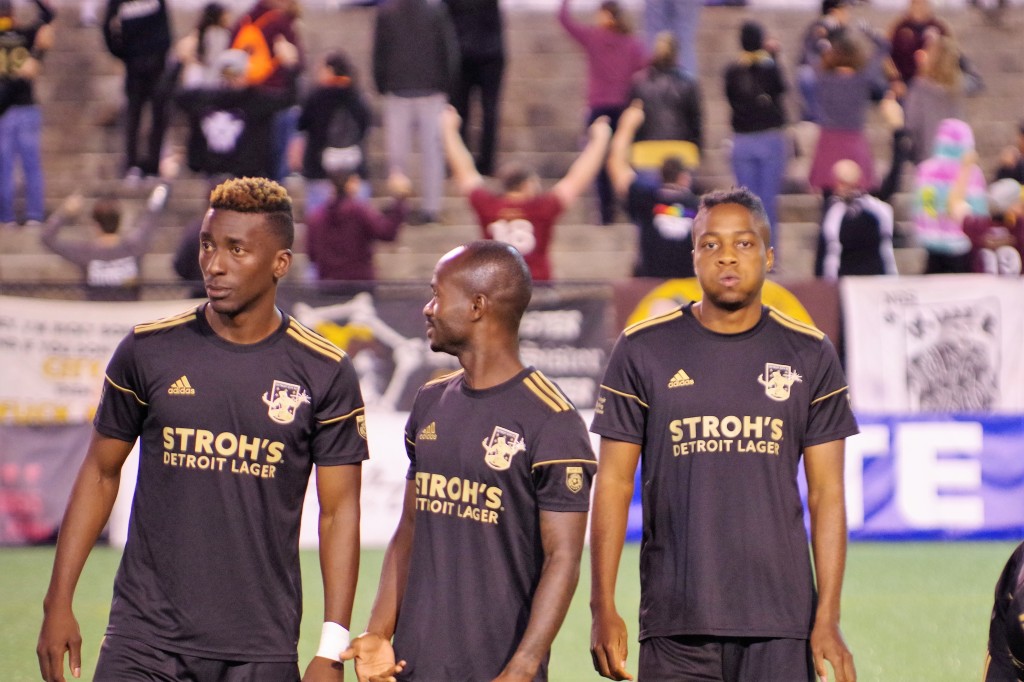 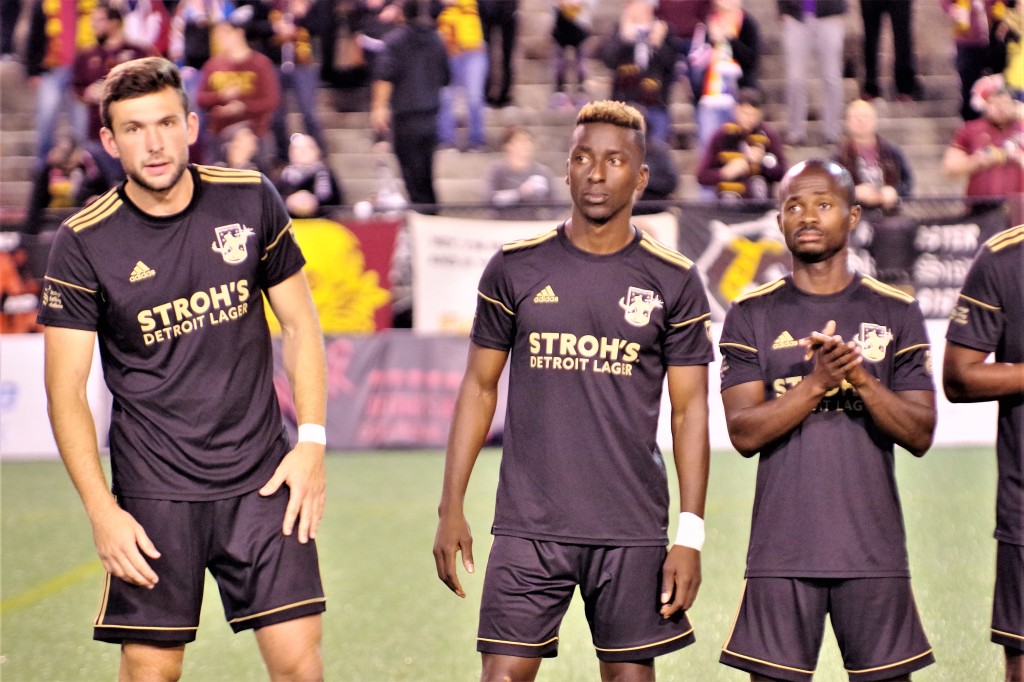 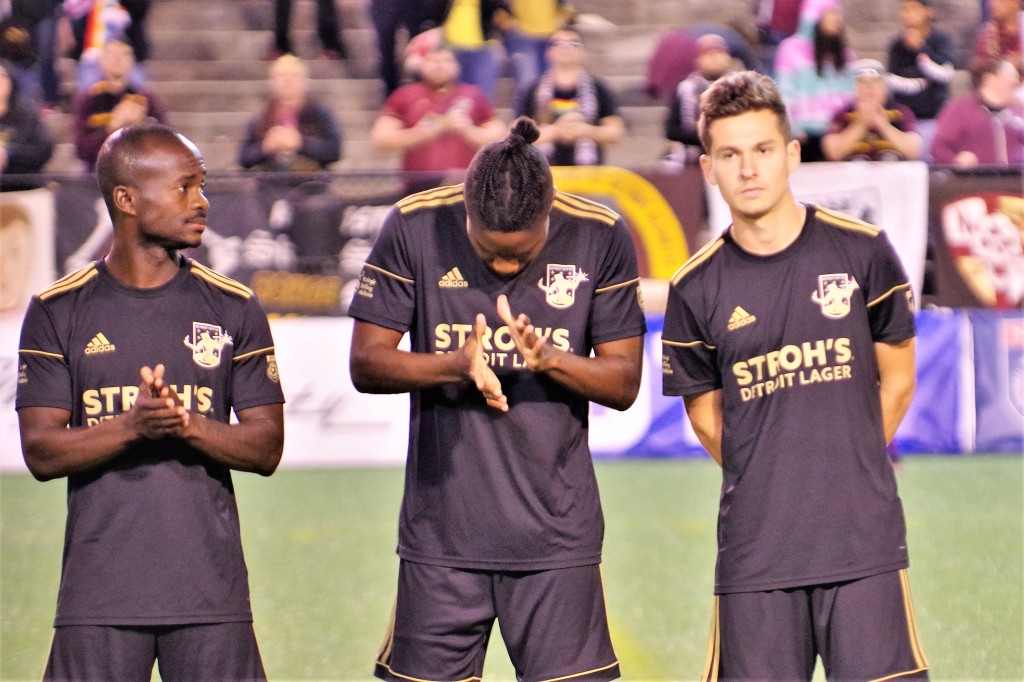 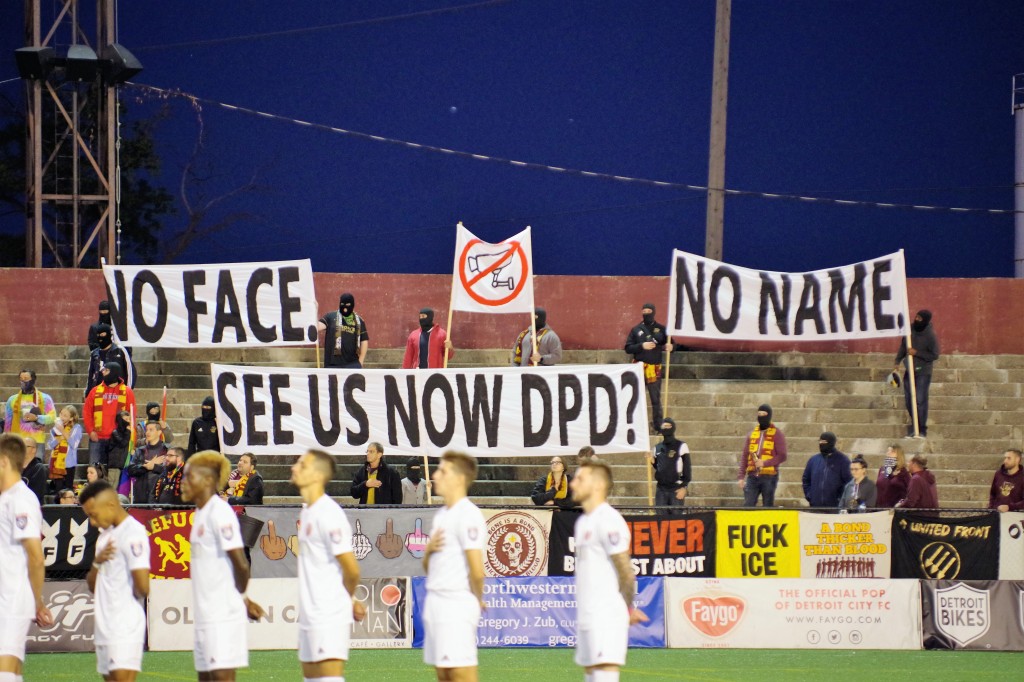 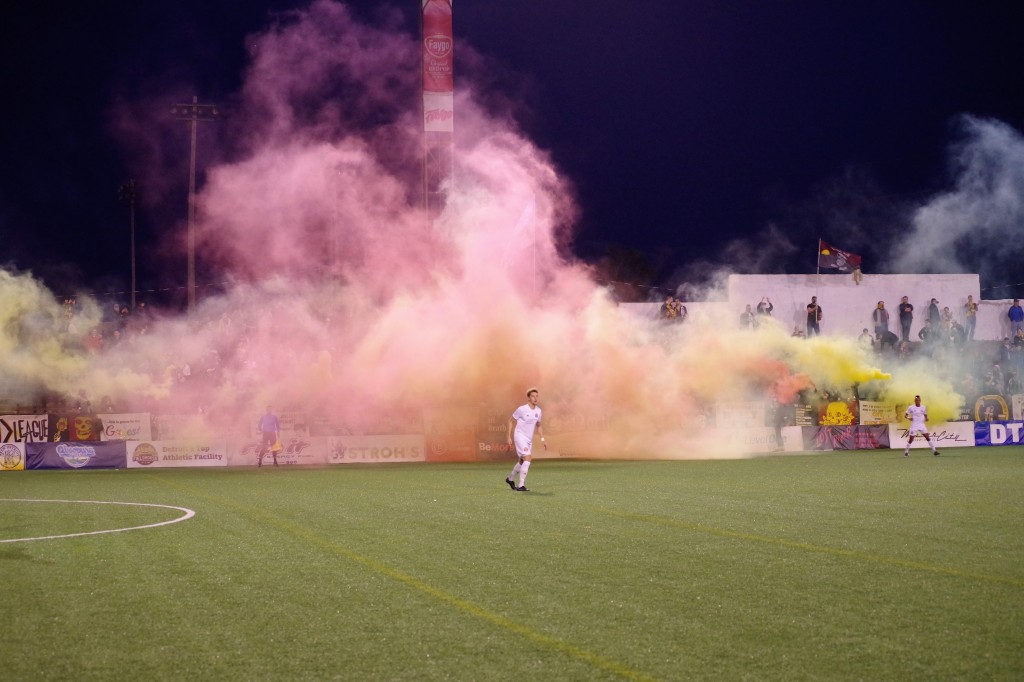 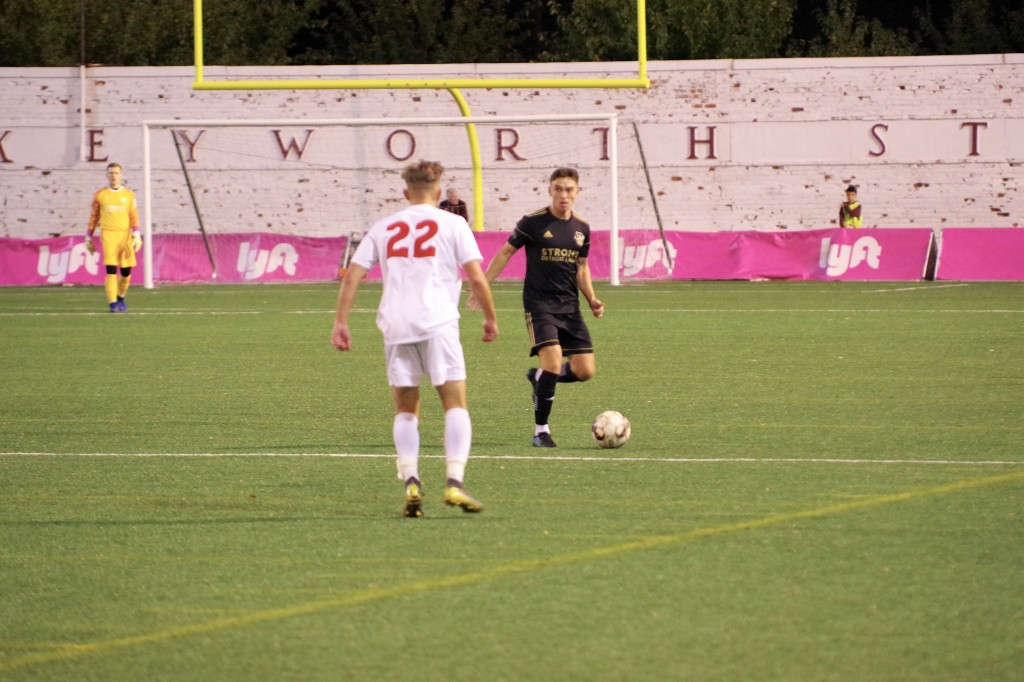 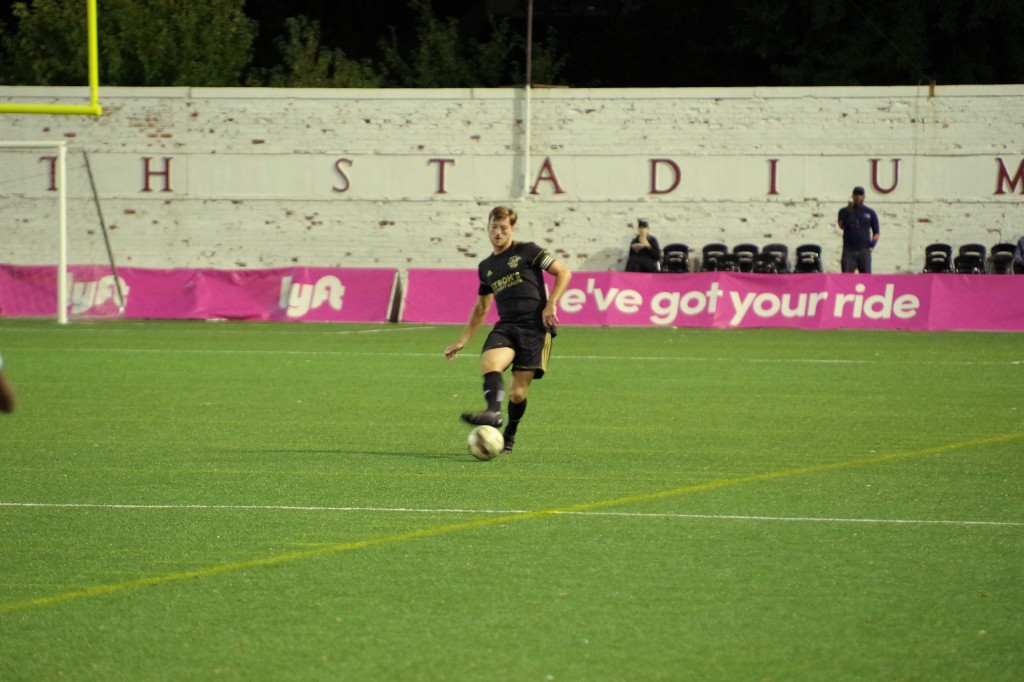 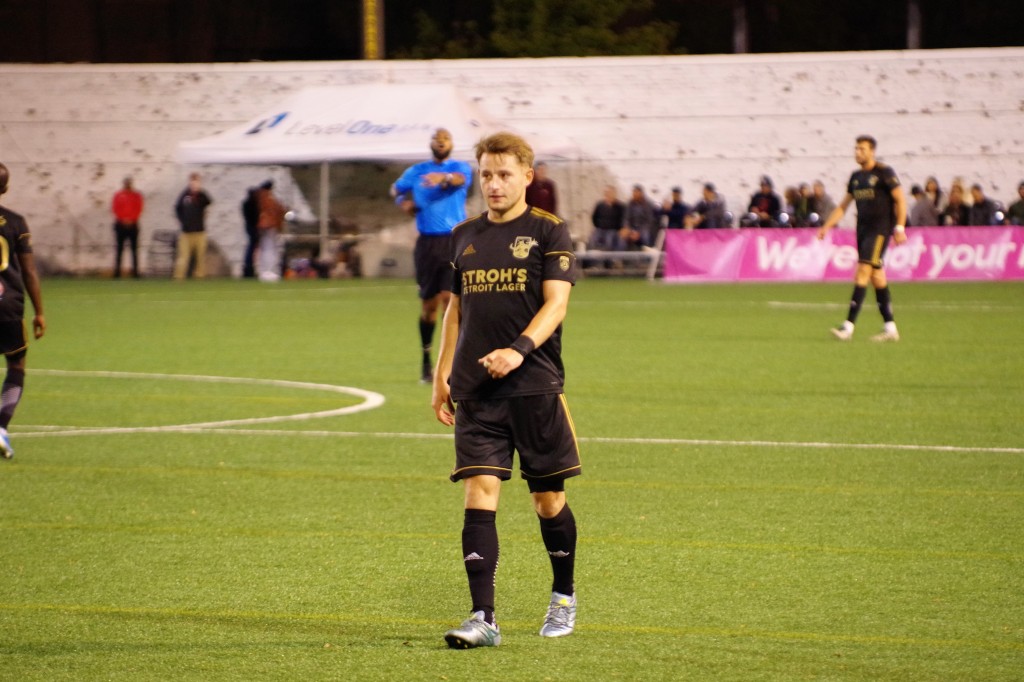 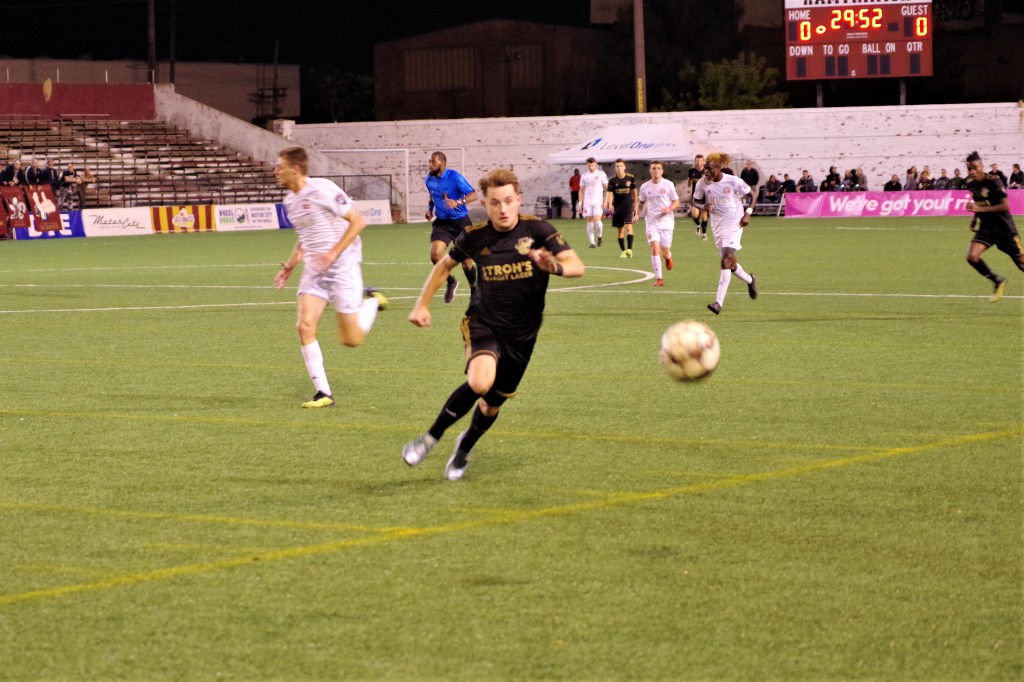 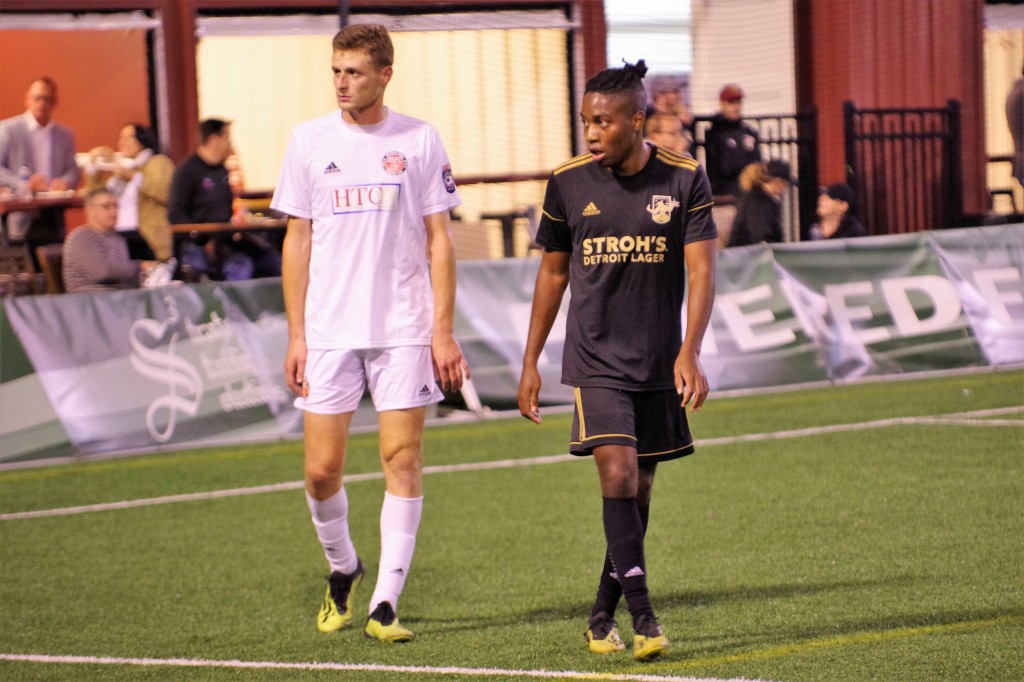 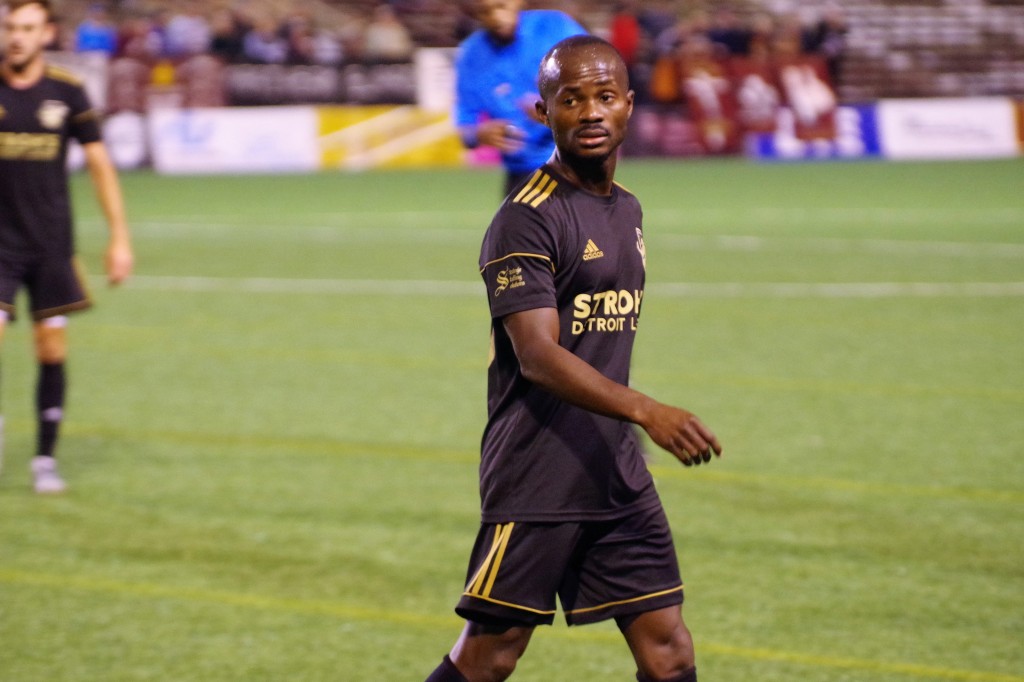 A dominating first half, Detroit City FC did just about everything but score. 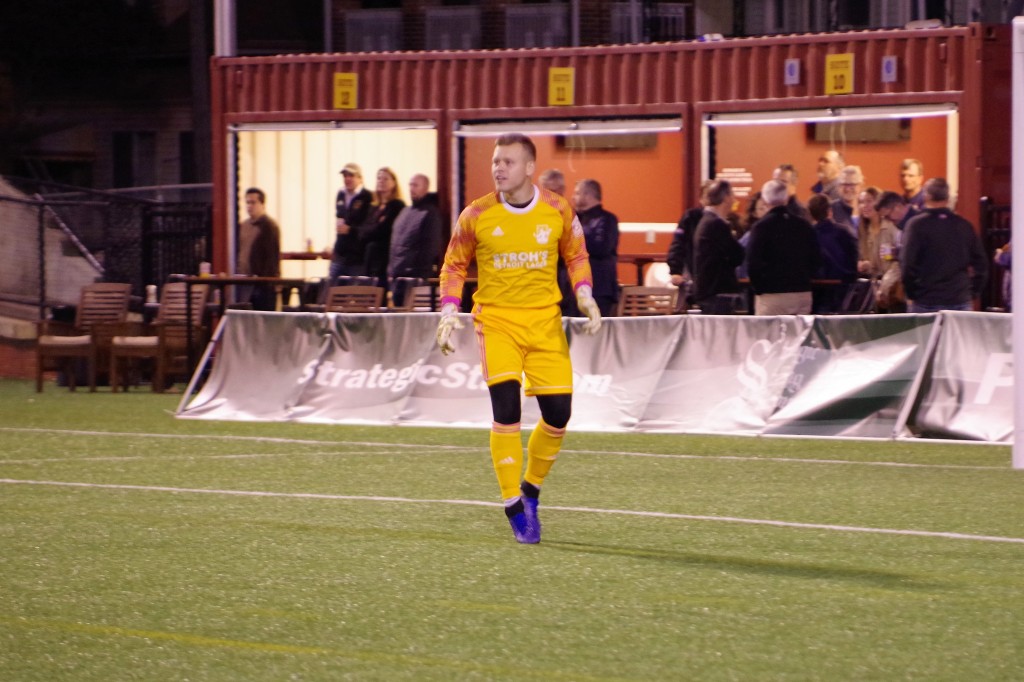 In the 65th minute, one of the Stars’ defenders played the ball with his hand inside the box, giving City a penalty kick.  Up to the spot stepped Ryan Peterson. 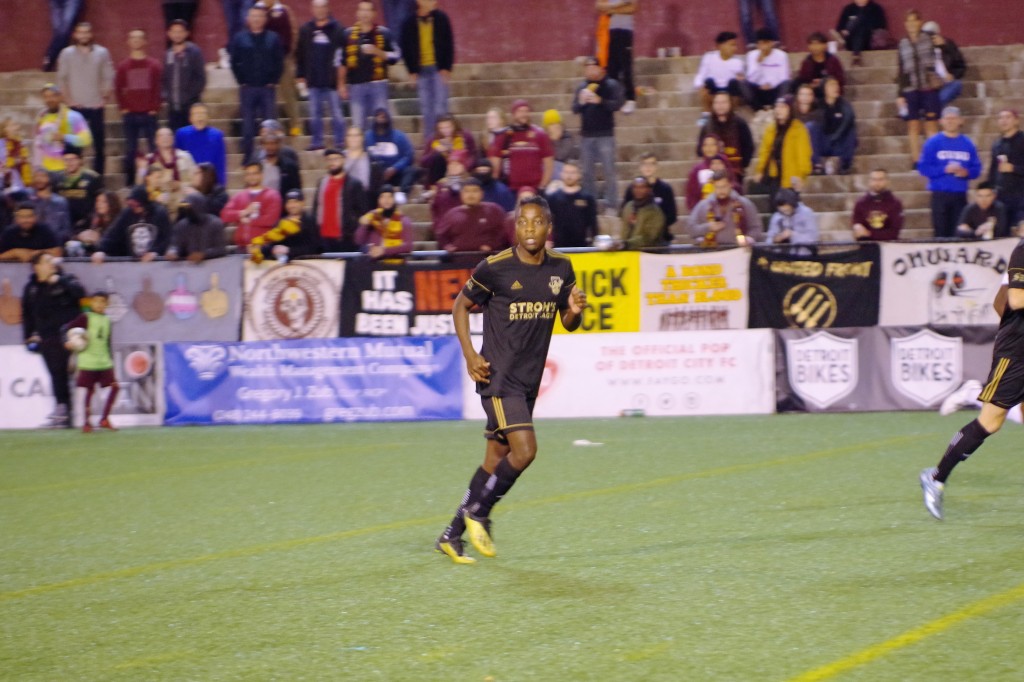 Then, with five minutes remaining in the match, Richard Bryan cemented the victory with this left-footed shot. 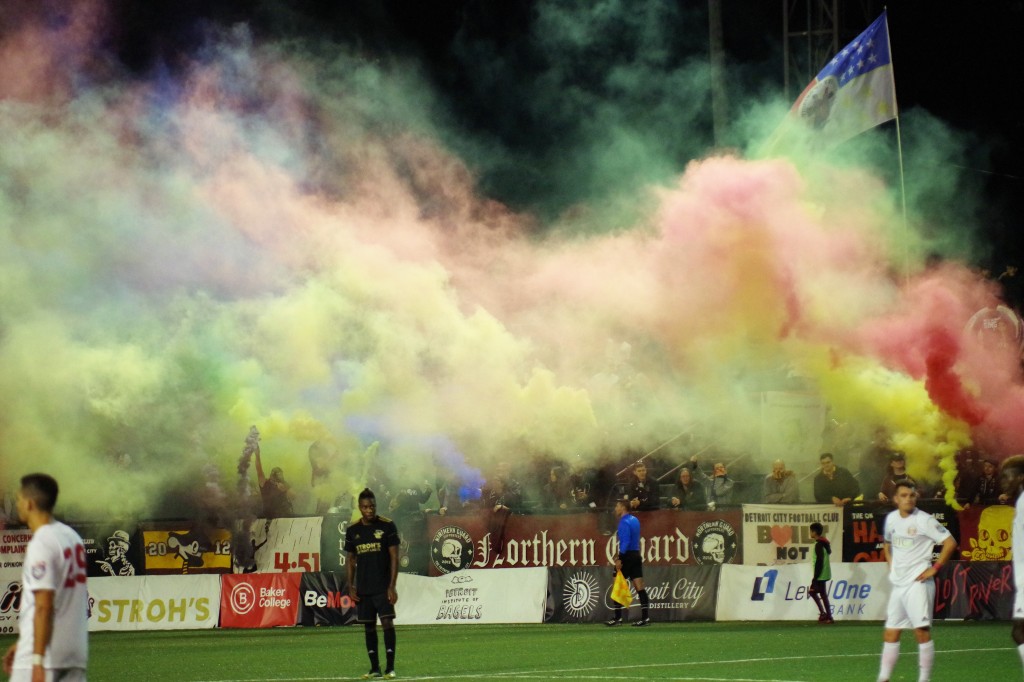 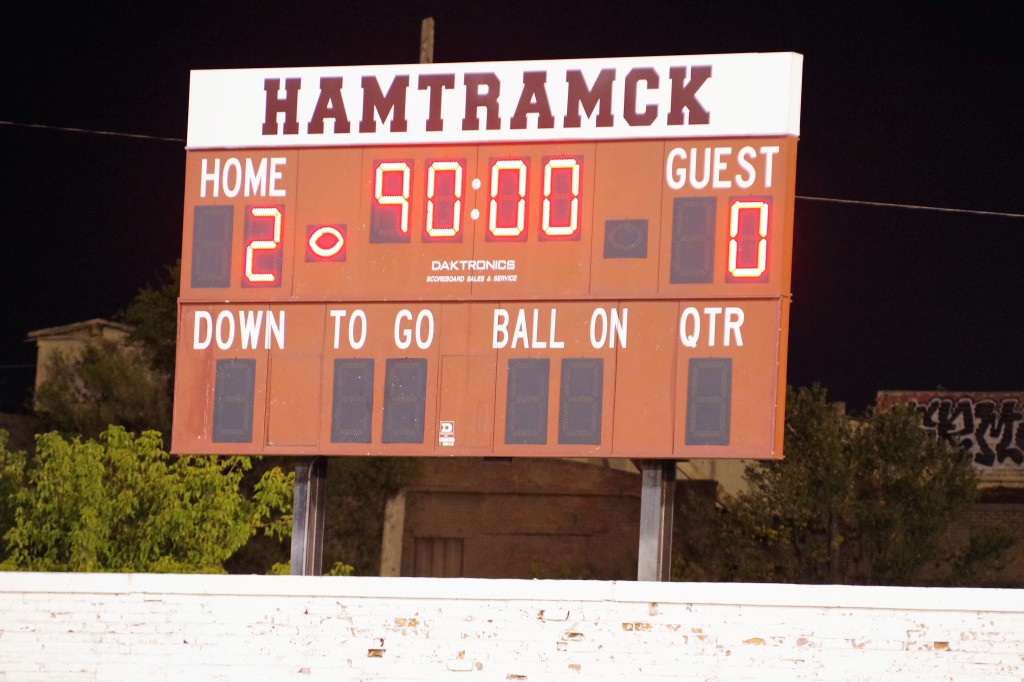 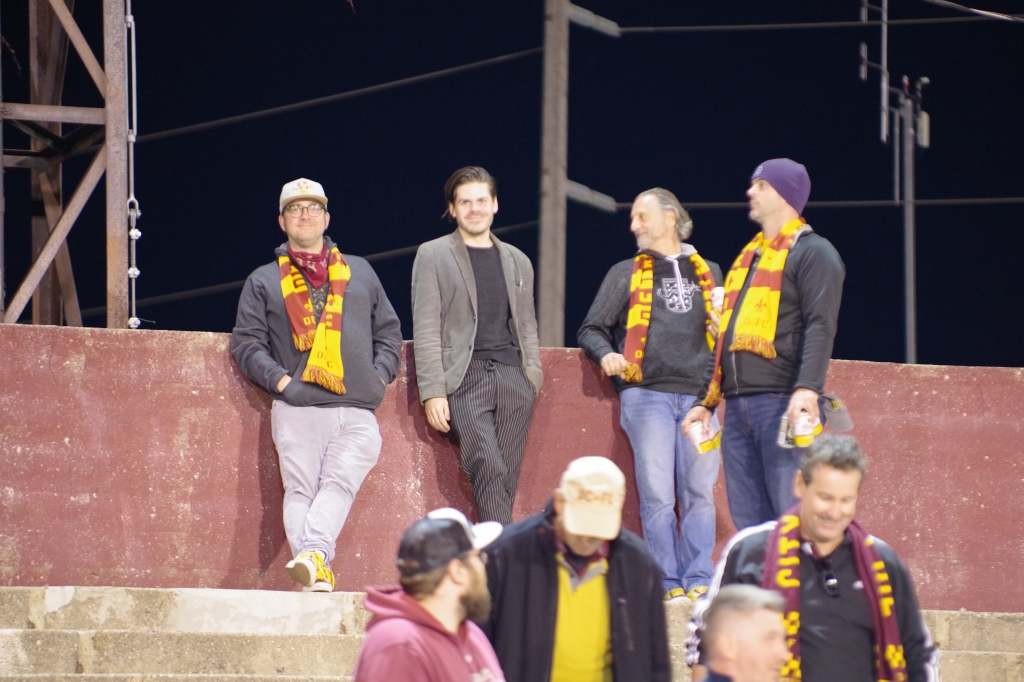 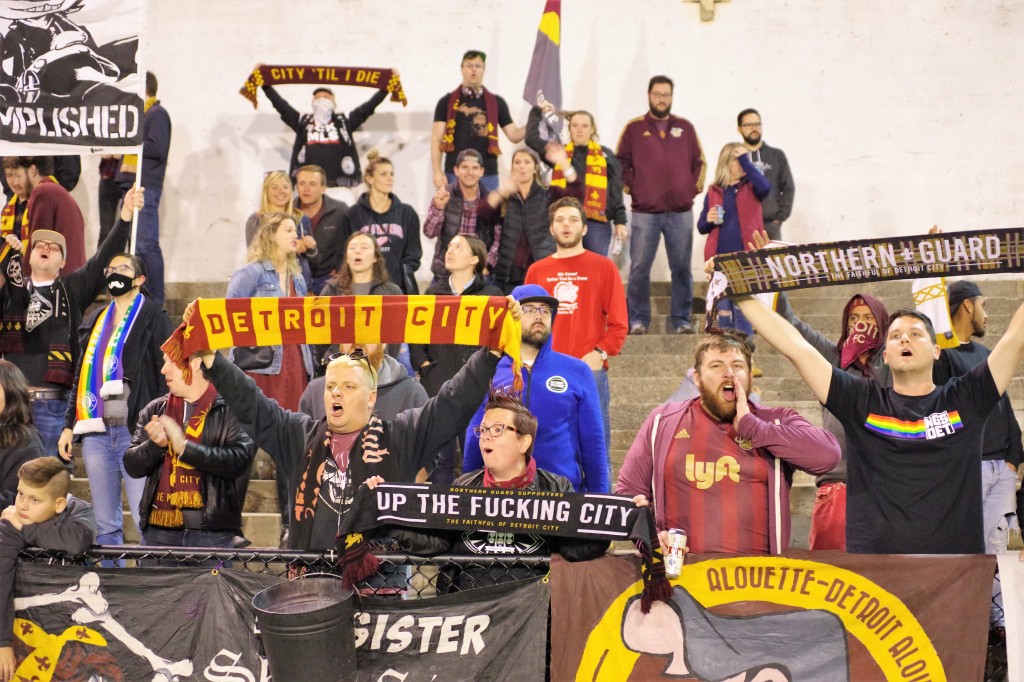 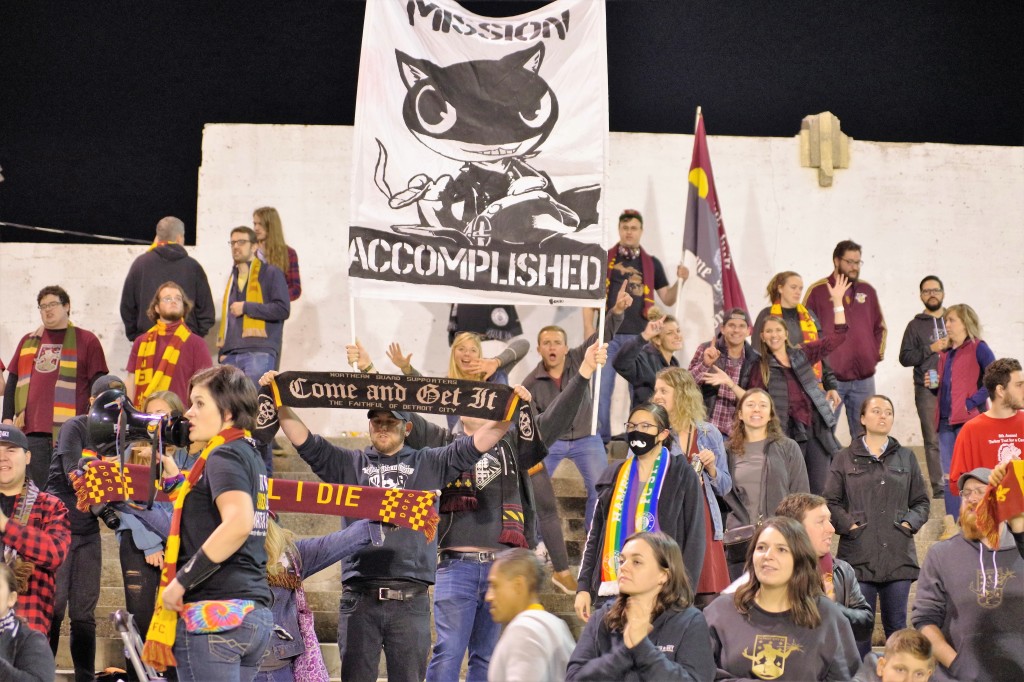 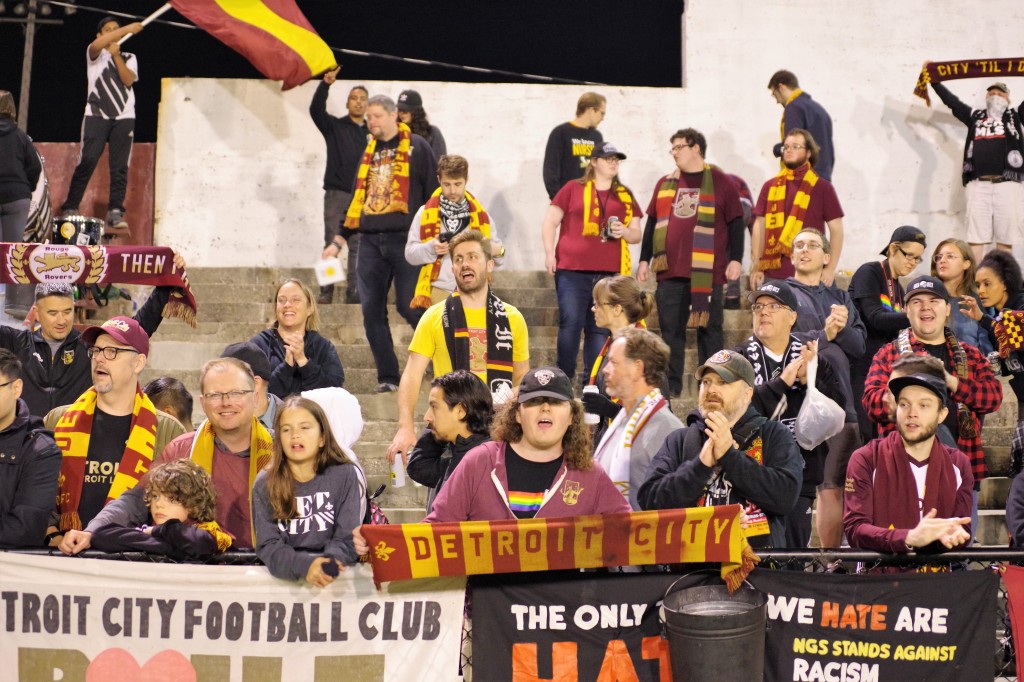 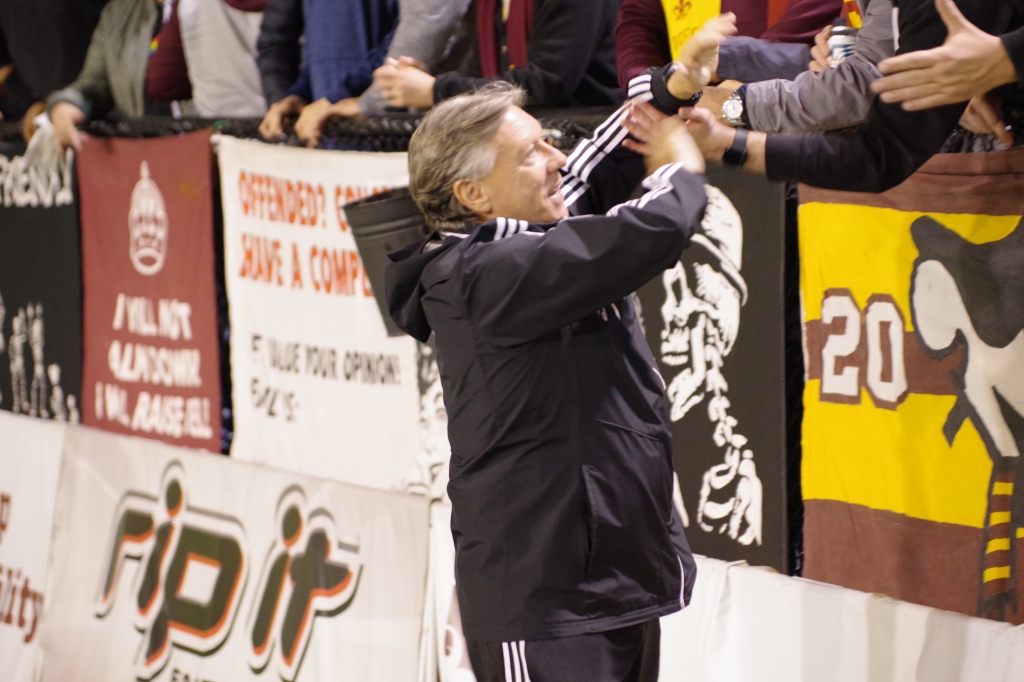 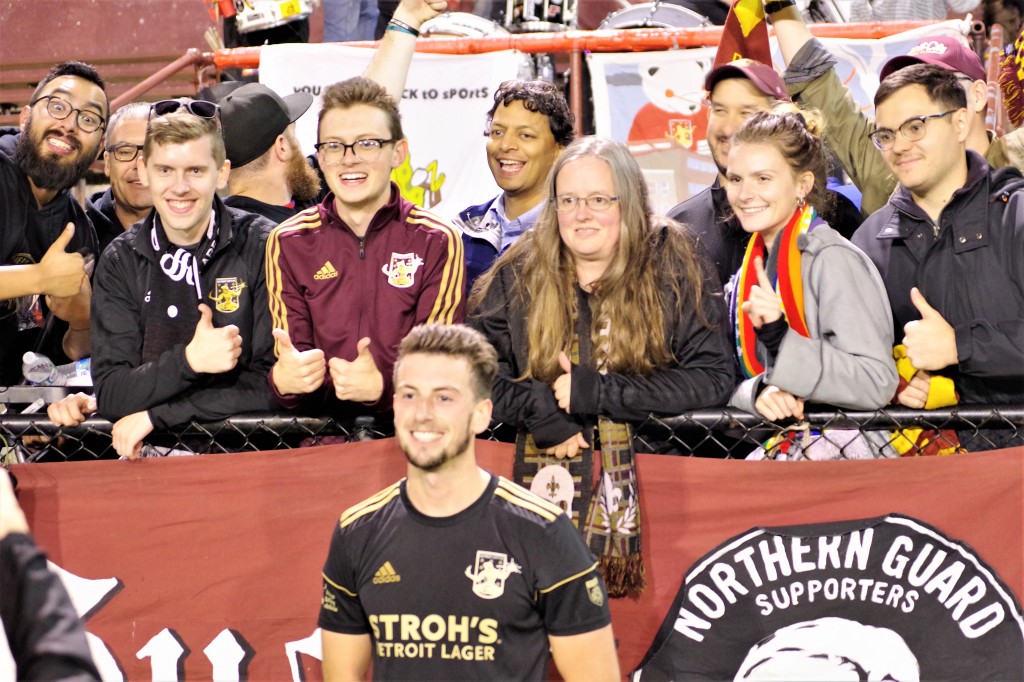 With this victory, and third shutout in a row, City’s record raised to six wins and a draw.  The New York Cosmos held first place with a six-win, two-draw record.  In four days, City and Cosmos would meet head-to-head in New York, after which City would have two remaining matches and New York with one.  The winner of Saturday’s match would almost certainly be crowned the NPSL Members Cup tournament champion at the conclusion of the competition.