Wow.  After an exciting match of skillful soccer between Oakland Roots and Detroit City FC, the nightcap descended into chaos.  With Independent Cup, Fall Season, and the first match of Group A, New Amsterdam FC had 6 losses and 2 draws, and was outscored 26-3.  And cards make regular appearances both because of the team’s physical style of play and ability to agitate their opponents.  After Michigan’s victory over Detroit City FC, the Stars seemed to be the favorites in this one.

Only one change in the starting eleven for the Michigan Stars from their match against DCFC.  Brian Vang started tonight in place of Zachary Reynolds.

Mahamed Keita and Michael Natsu get the start ahead of Aldo Munez and Michael Bello who started for New Amsterdam FC against the Oakland Roots. 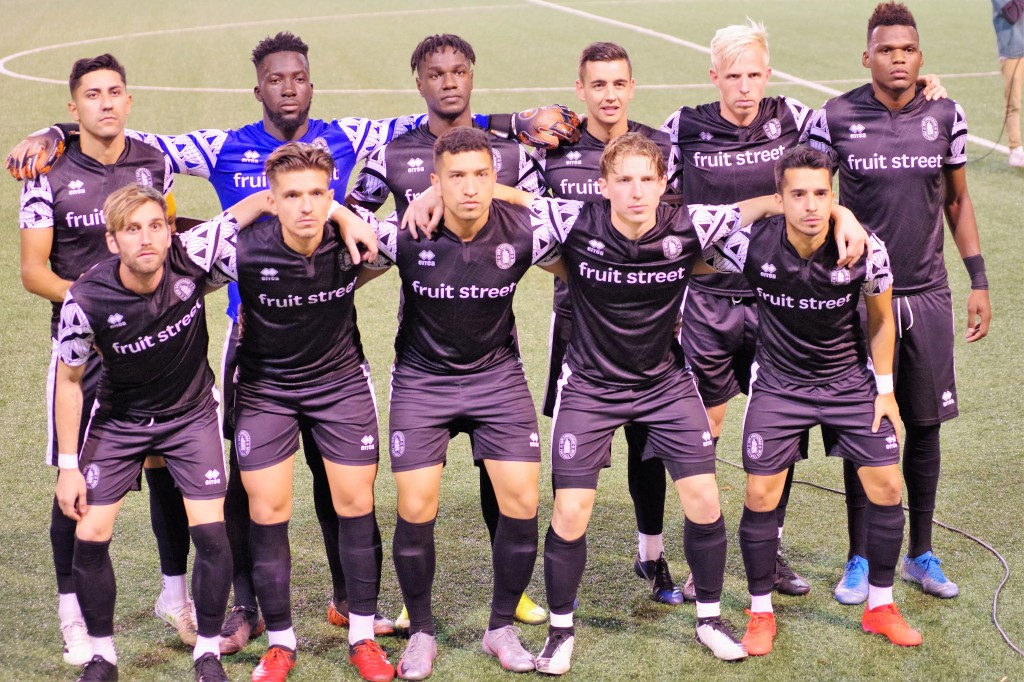 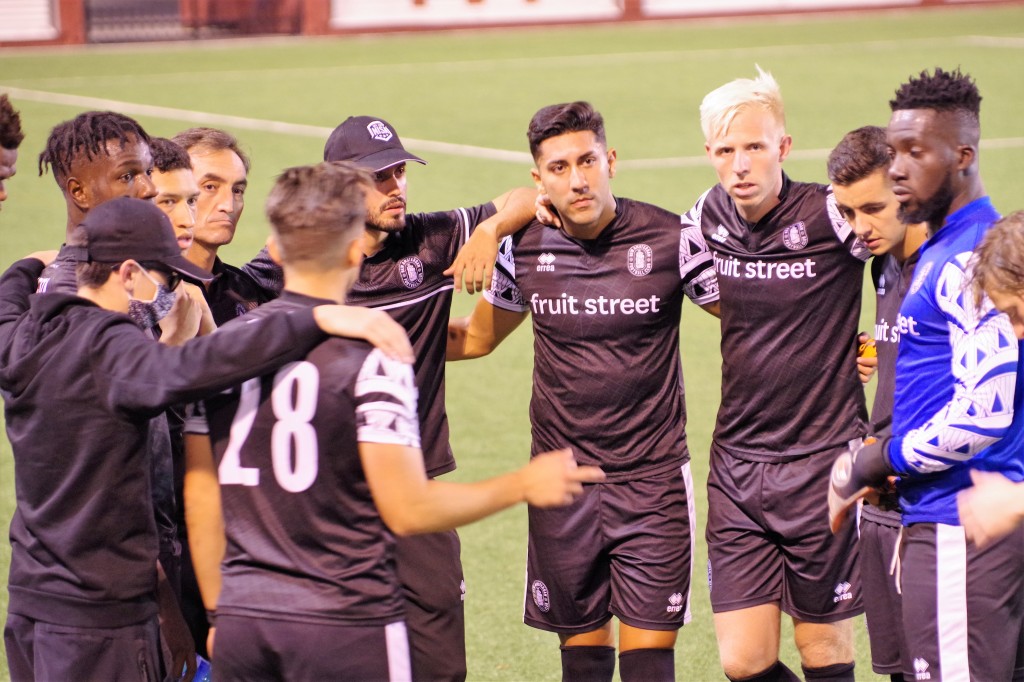 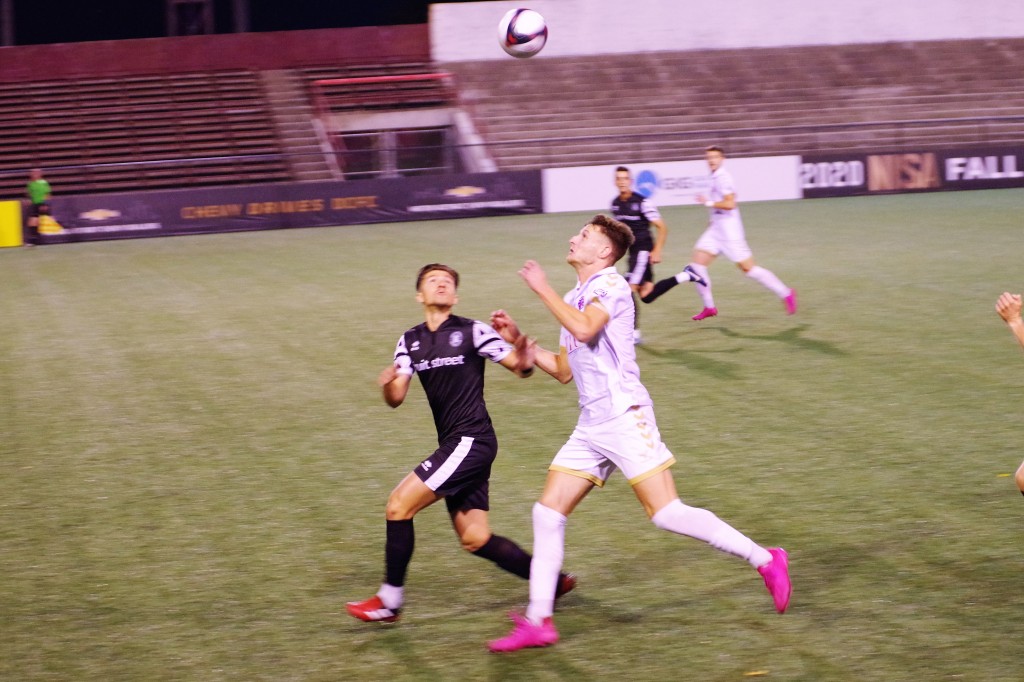 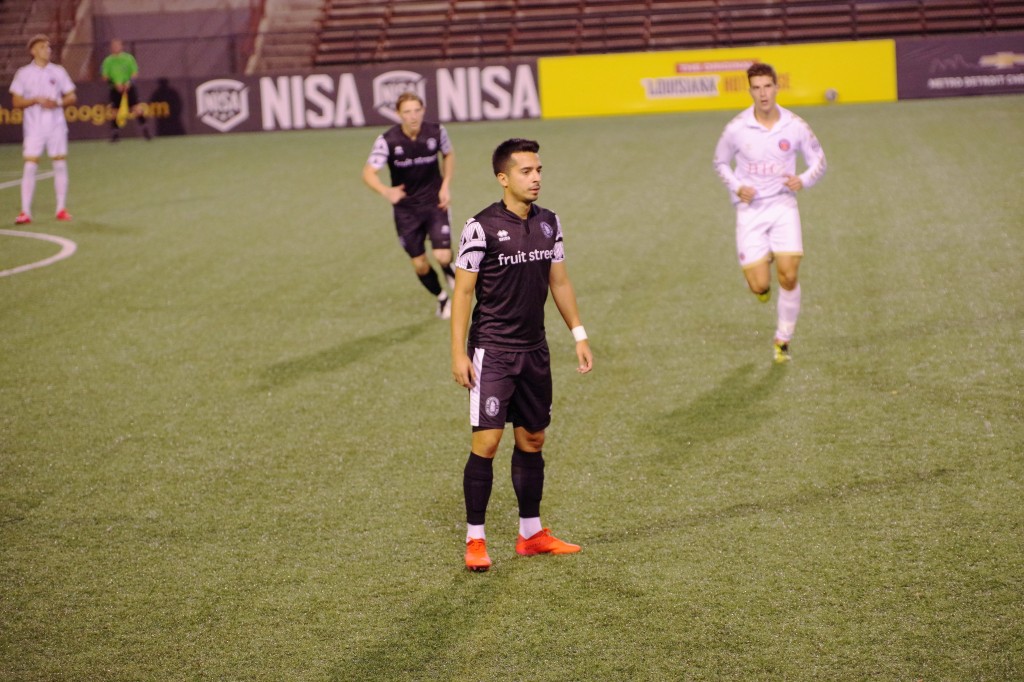 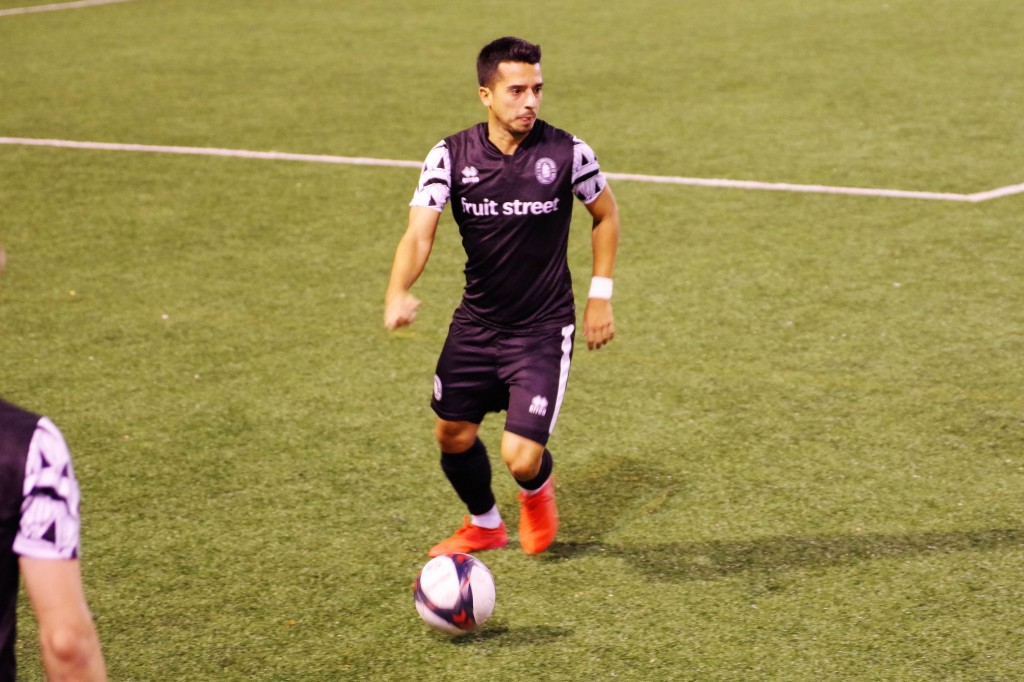 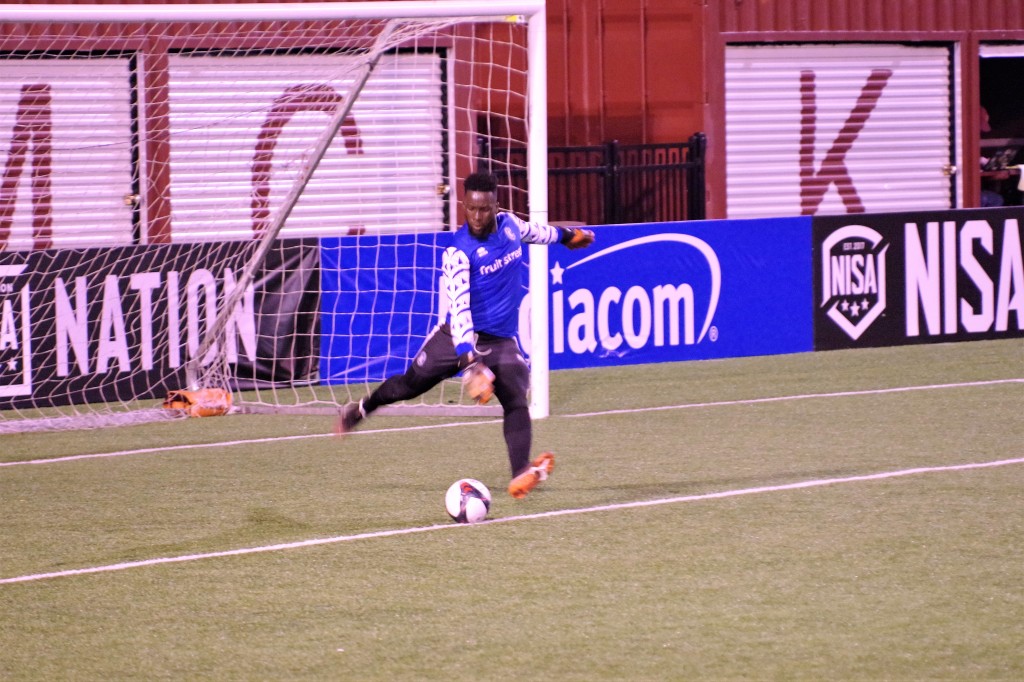 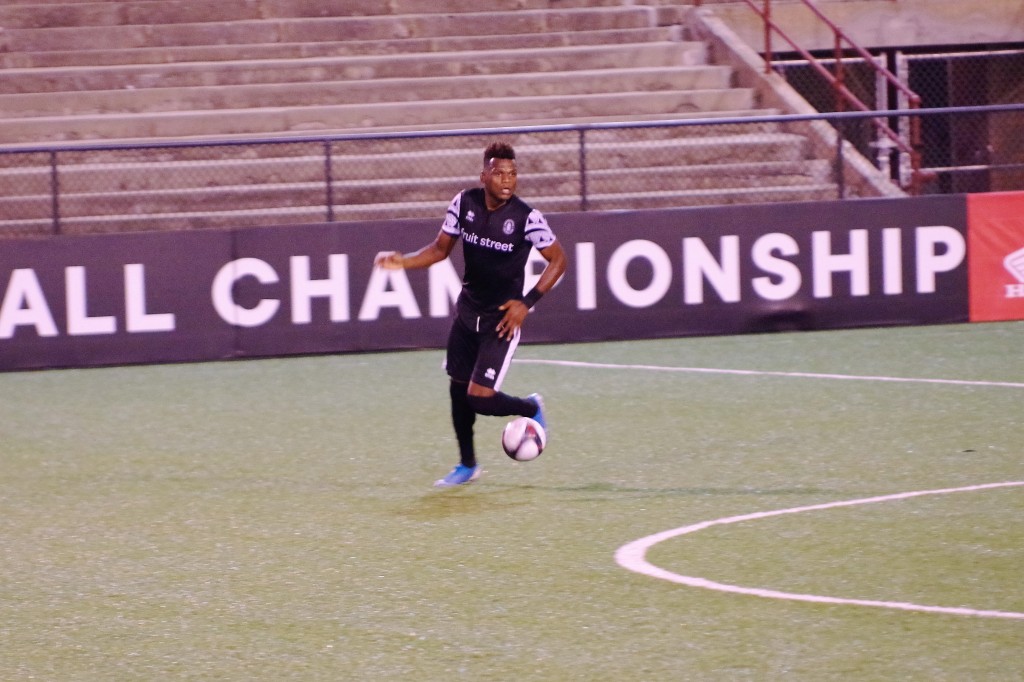 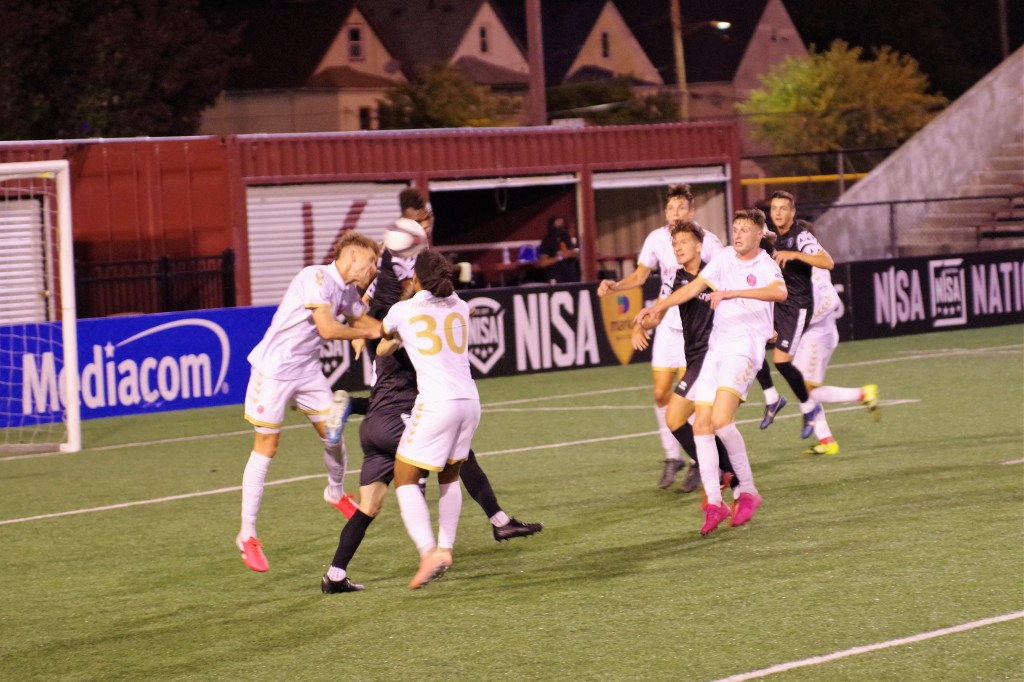 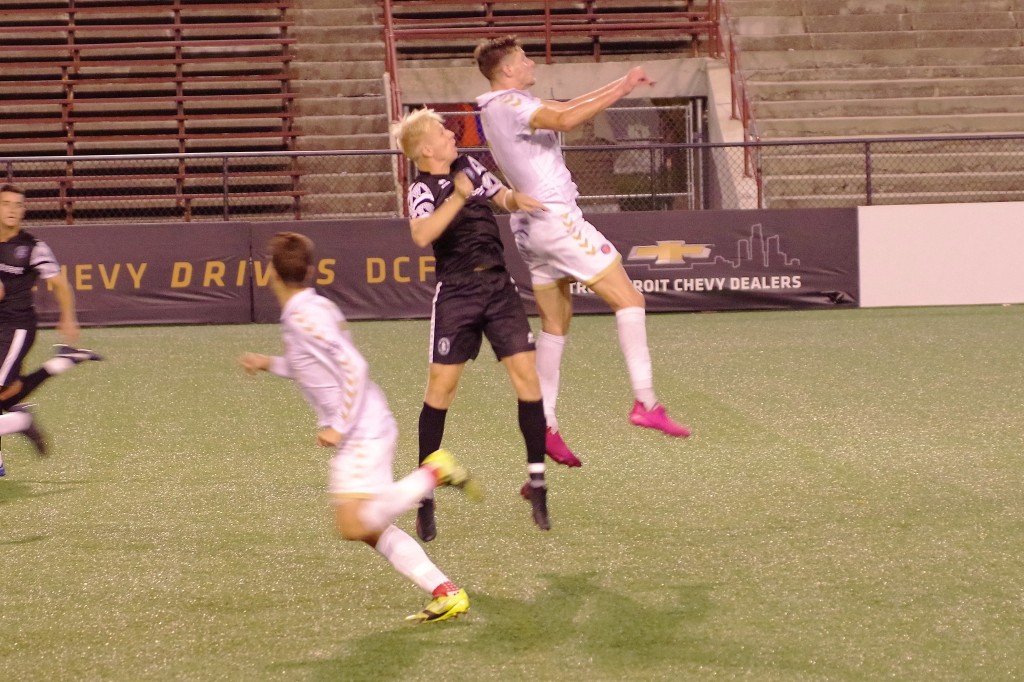 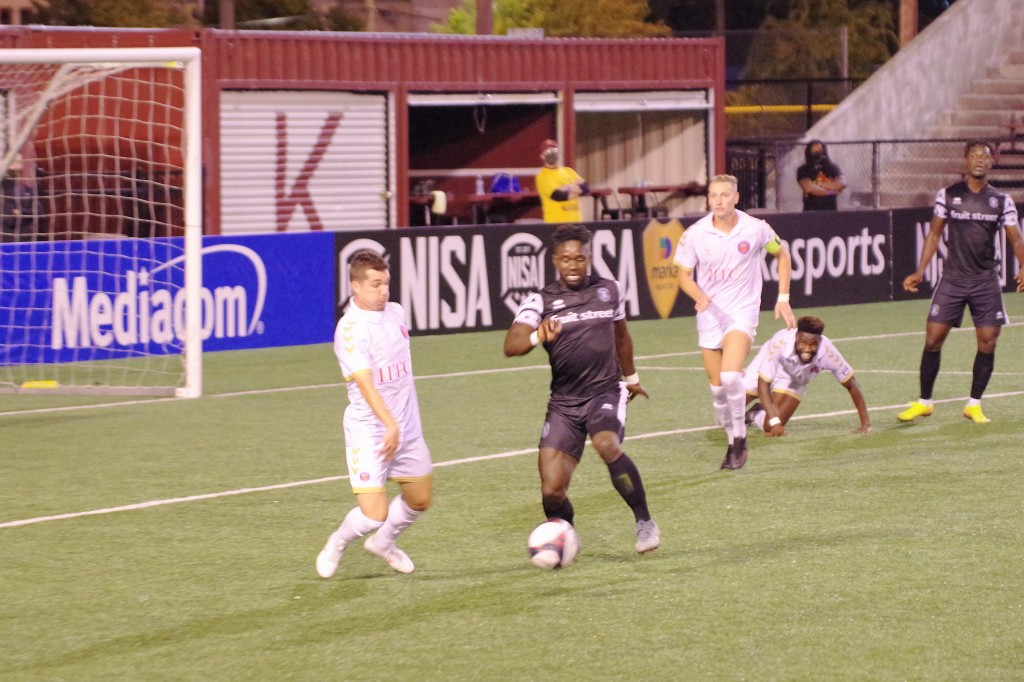 Twenty minutes in, Alexander Satrustegui was cautioned.  Not heeding the warning, two minutes later he drew his second yellow card, putting the Stars down to ten men.

Without the usual crowd noise, a lot of what’s on the field can be heard.  There seemed to be disagreement within the New Amsterdam team on the field.  Maybe that’s the Bronx way of communication.  One player offered suggestions about a play and the teammate turned around and said, “Shut the f#%k up.”  Shortly after, New Amsterdam took the lead when Oluremi Williams stripped the ball from Brian Vang, and sent it to a wide open Daniel Vicente for a goal in the 35th minute.  As the NAFC player came to celebrate with his teammate, the guy who didn’t want to hear it from him earlier avoided him completely.

Despite being down a man, the Stars persisted.  Remy Tazifor subbed in for Brian Vang in the 41st minute.  In the waning seconds of the half, Gonnie Ben-Tal scored on a header in the box from a cross delivered by Kyle Nuel to draw even when the halftime whistle blew.

As the second half began, New Amsterdam made a line-up change by replacing Tommy Yorston with Zaire Bartley.  The aggressive play continued.  Daniel Vicente was yellow carded in the 46th minute.  Temperatures rose after a nasty tackle by Remy Tazifor which earned him a straight red card, taking the Stars down to nine men on the pitch.

Michael Bello, who came into the game as a sub for Oluremi Williams in the 58th minute, received a slick pass from Danny Vicente, and fired it past the Stars’ keeper to give New Amsterdam a 2-1 lead.  But the lead would be conceded when a penalty kick was awarded to the Stars, and Steve Juncaj converted it.

This was a feisty affair. 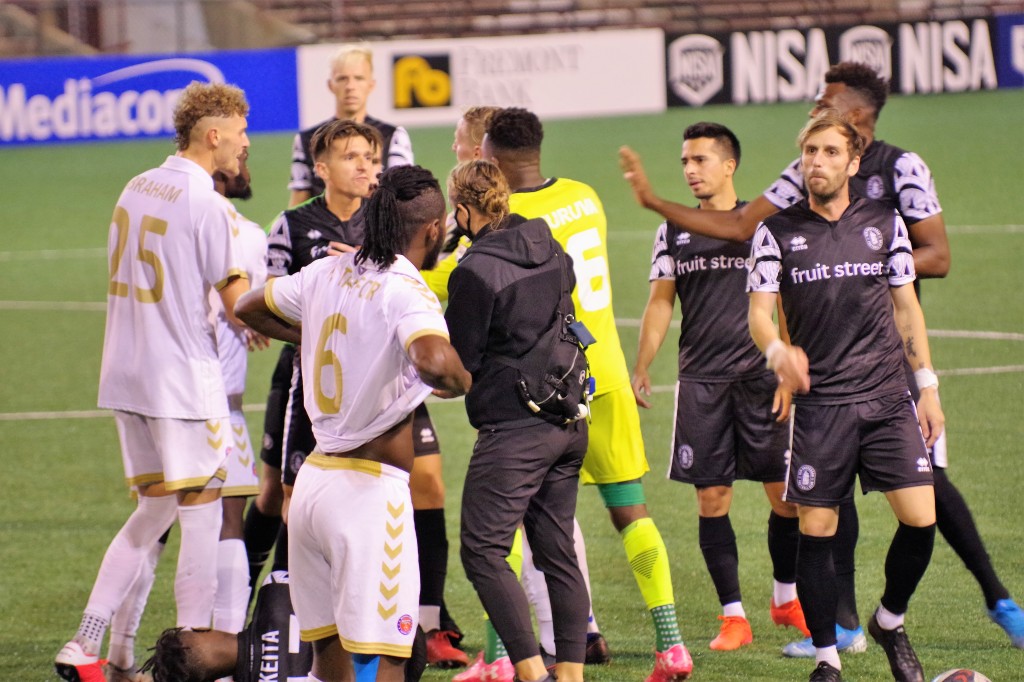 As Group A finished the night, all four teams were still eligible to make the semi-finals depending on Sunday night’s results, when Oakland Roots play Michigan Stars and Detroit City FC take on New Amsterdam FC.

The full tournament can be found HERE.