After a 2-1 loss against AFC Cleveland in the semi-final round of the playoffs in Erie, the 2012 season closed with this friendly against the Windsor Stars.  City played a friendly in Windsor on May 30, 2012, defeating them 1-0.  The attendance was 1,032 fans, meaning that every home game in the inaugural season exceeded 1,000 fans – this in a league where teams tend to draw 500 fans on average.

This was also my first adventure into the Northern Guard Supporters’ ritual of meeting at Harry’s Bar in Detroit, then marching to the stadium from there.

I must have been the first person to arrive because the parking lot attendant asked if there was a soccer game this evening.  I walked in and dined on the first floor.  A couple from Portland, Oregon came in – members of the Timbers Army, the supporters group of the Portland Timbers in Major League Soccer – and asked me about the NGS.  I told them this was my first time meeting up with them.  The hostess came over and told us that the Supporters met upstairs.  Doh.

After finishing my meal, I ascended to the upper level of Harry’s and hung out.  I overheard a conversation between a guy who was attending his first game and a guy who had been to most of the games, having driven down from Saginaw.  He burned a vacation day for tonight’s match (it was a Wednesday evening) and had called in sick for last week’s game against the Crew Under-20’s.

Other than that I didn’t mingle.  Bars aren’t my scene, and those gathered seemed to be all grouped together with friends they had met during the season, engaging in their own conversations.  The call went out, and we all went down to the parking lot to march to the stadium.  We were then greeted by the Detroit Party Marching Band.  They played a number just for us, then marched with us to the stadium.  That was quite cool.  Then, they sat in the supporters’ section and played between the chants.

I remained on the supporters’ side, photographed and enjoyed the camaraderie.  The game meant nothing in the grand scheme of things, however the thrill and the support didn’t waver from what occurred during a regular season match. 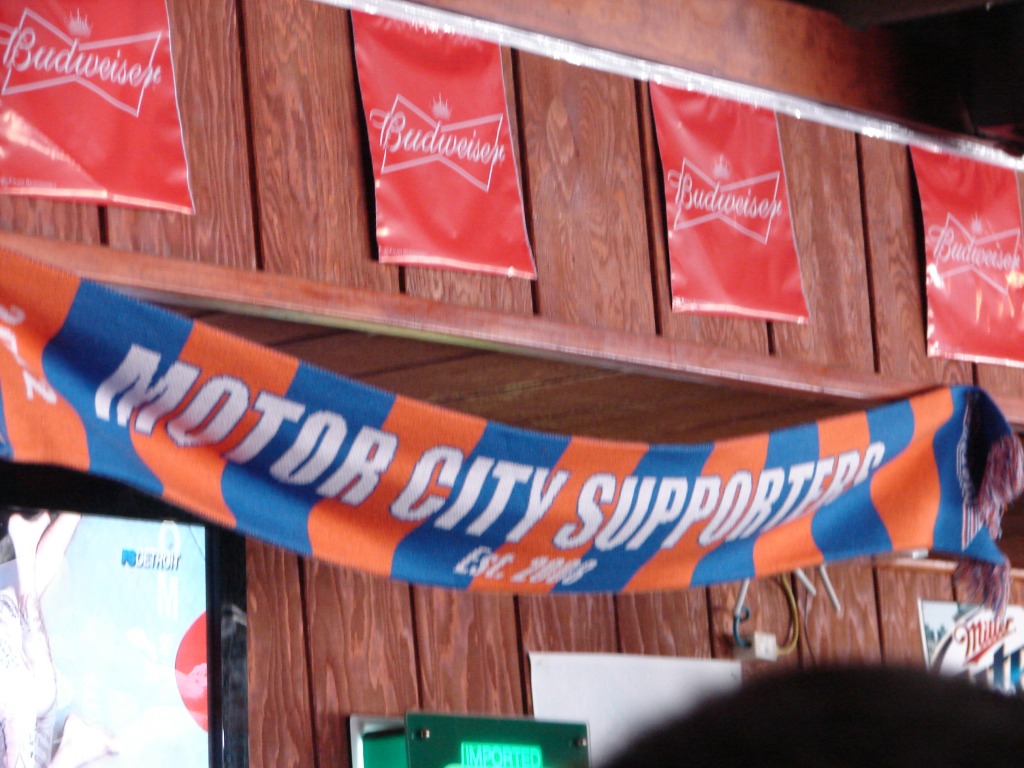 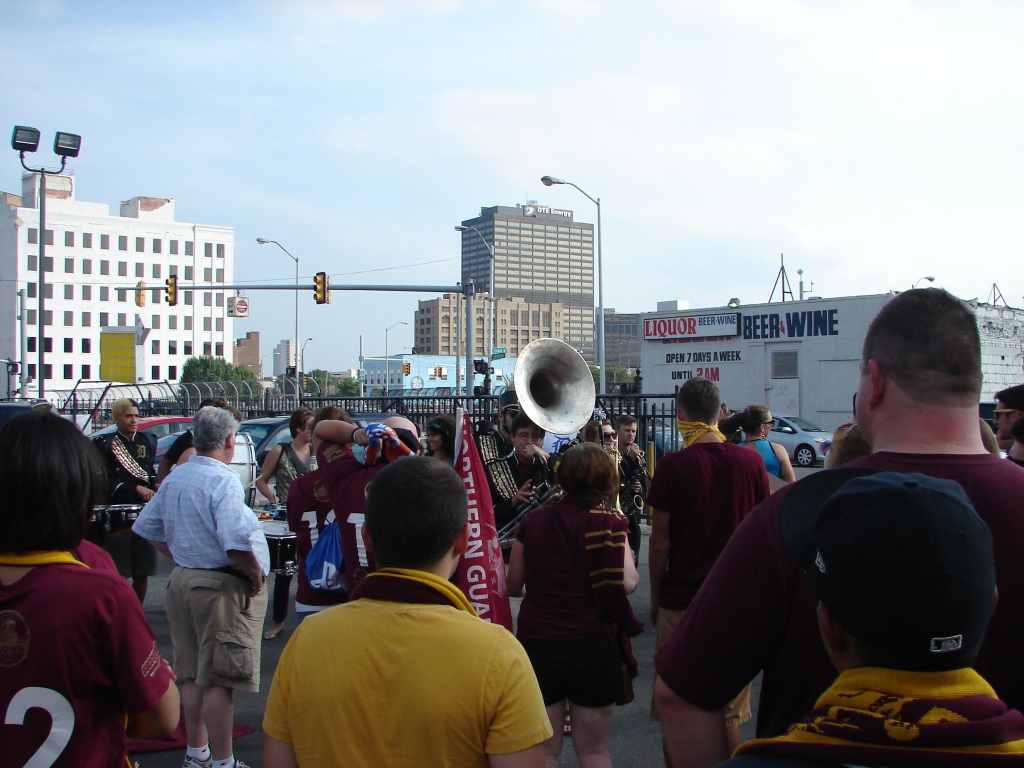 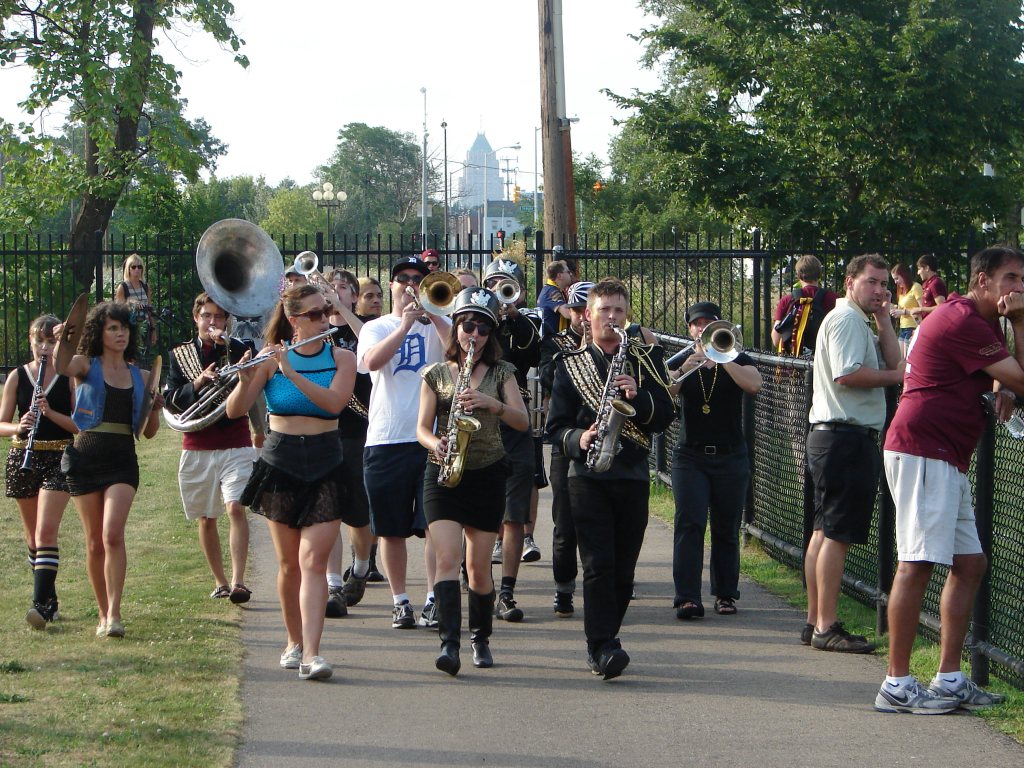 The game had the potential of being called fairly. After all, the ref wore glasses. 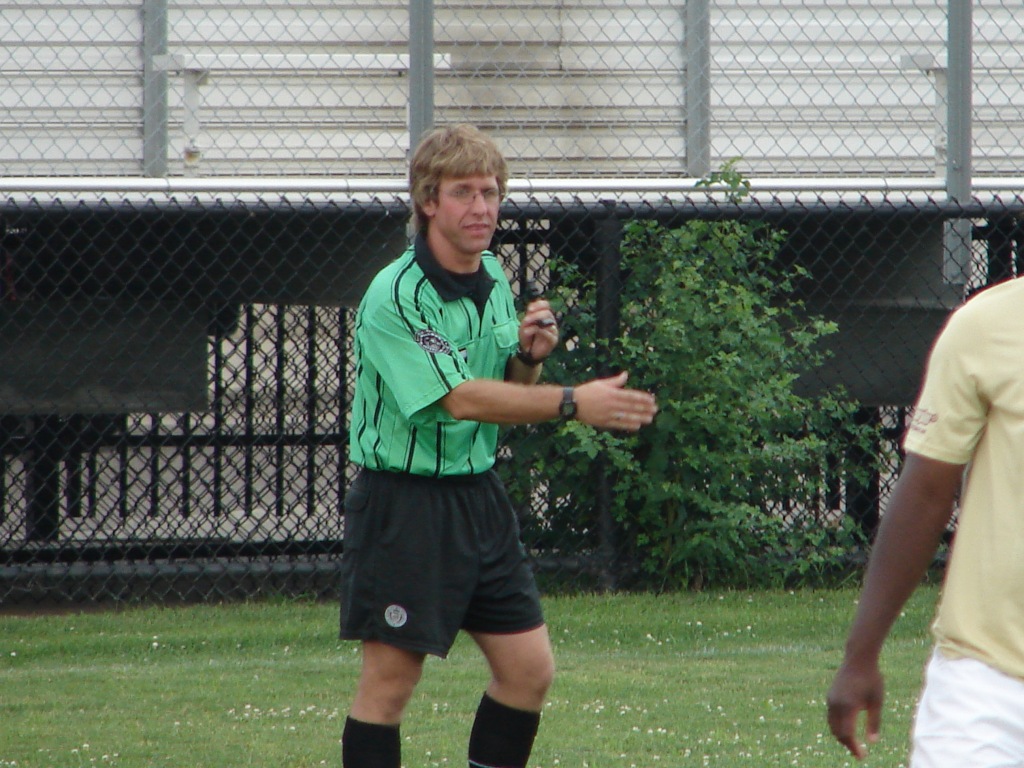 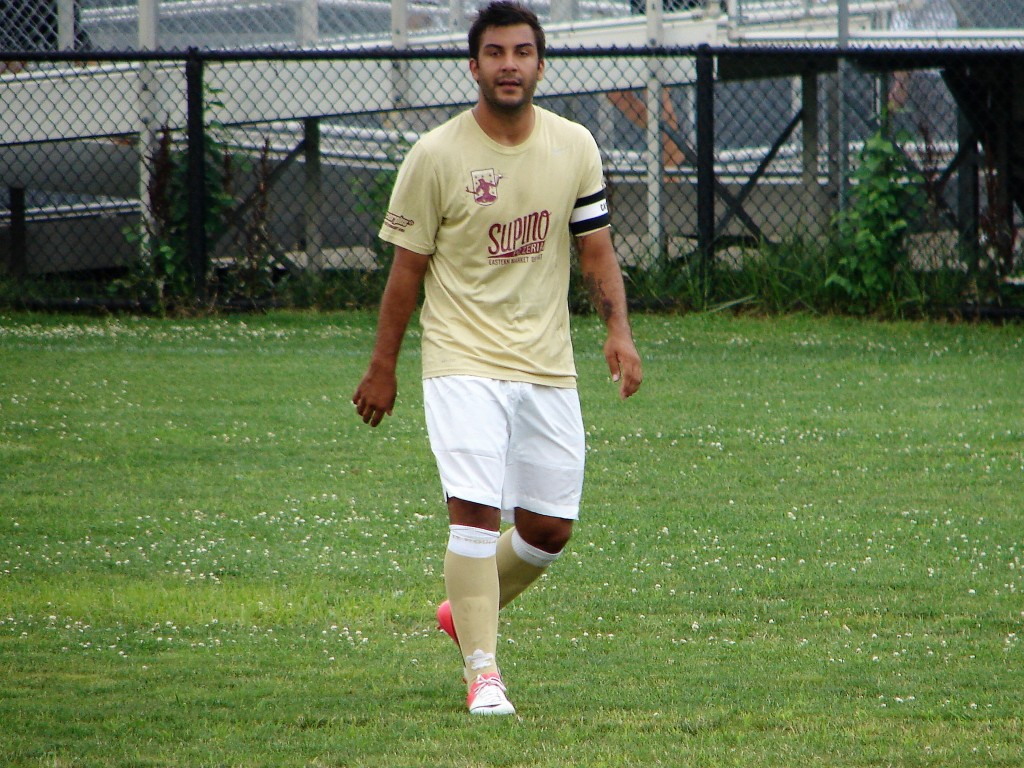 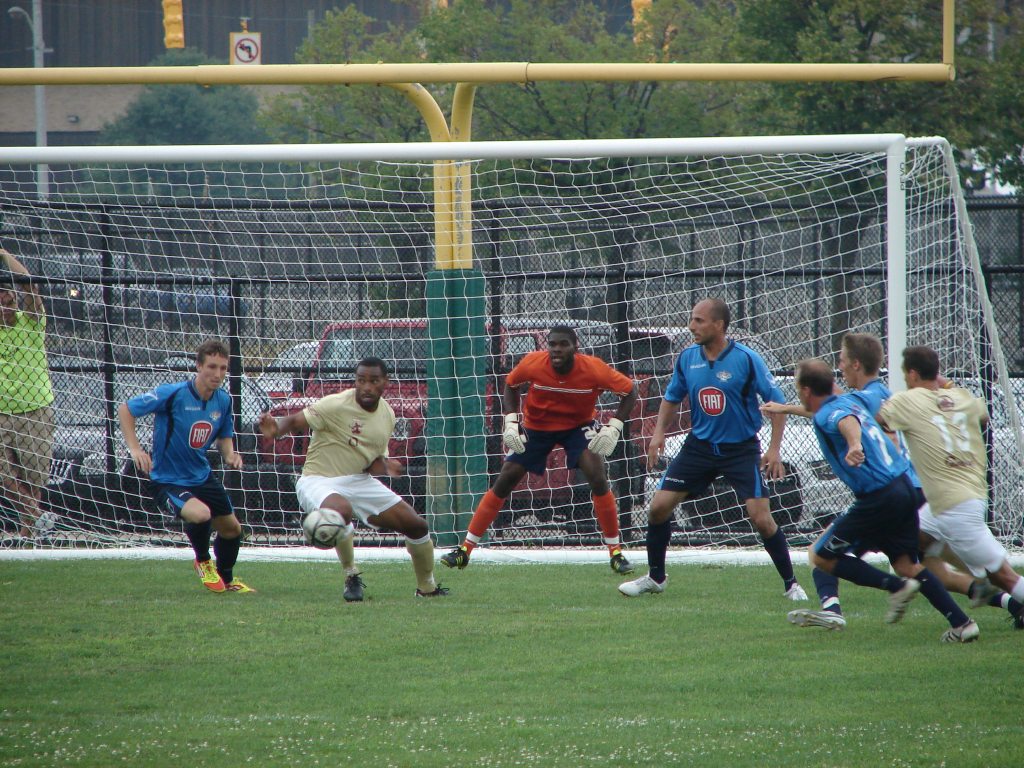 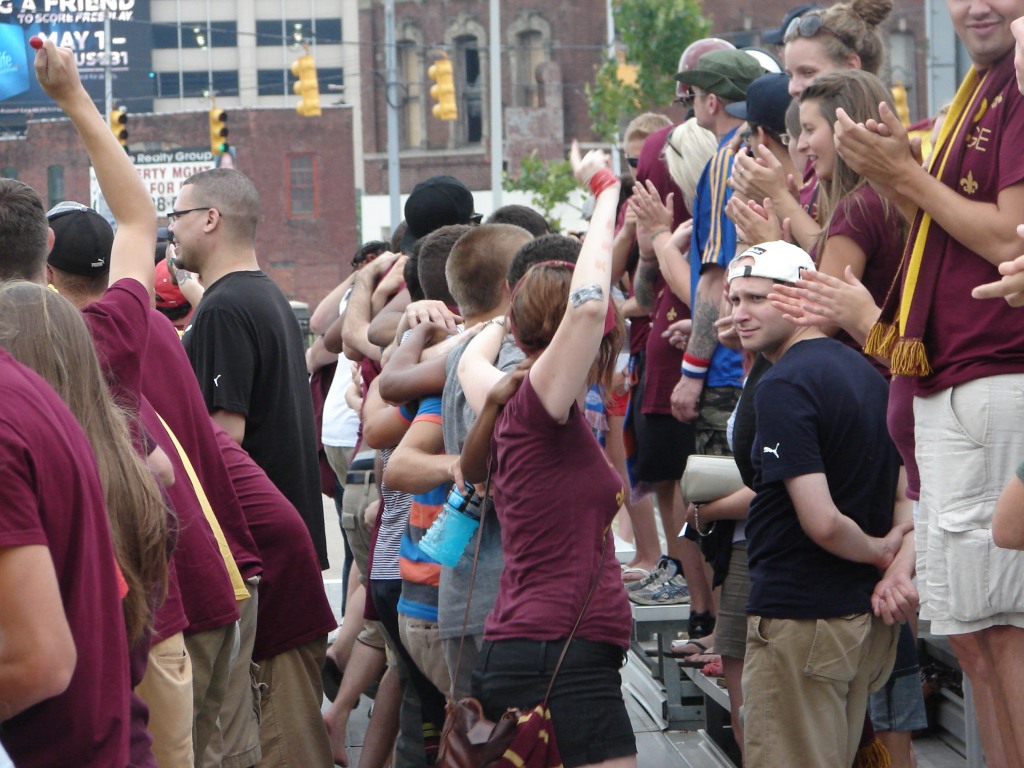 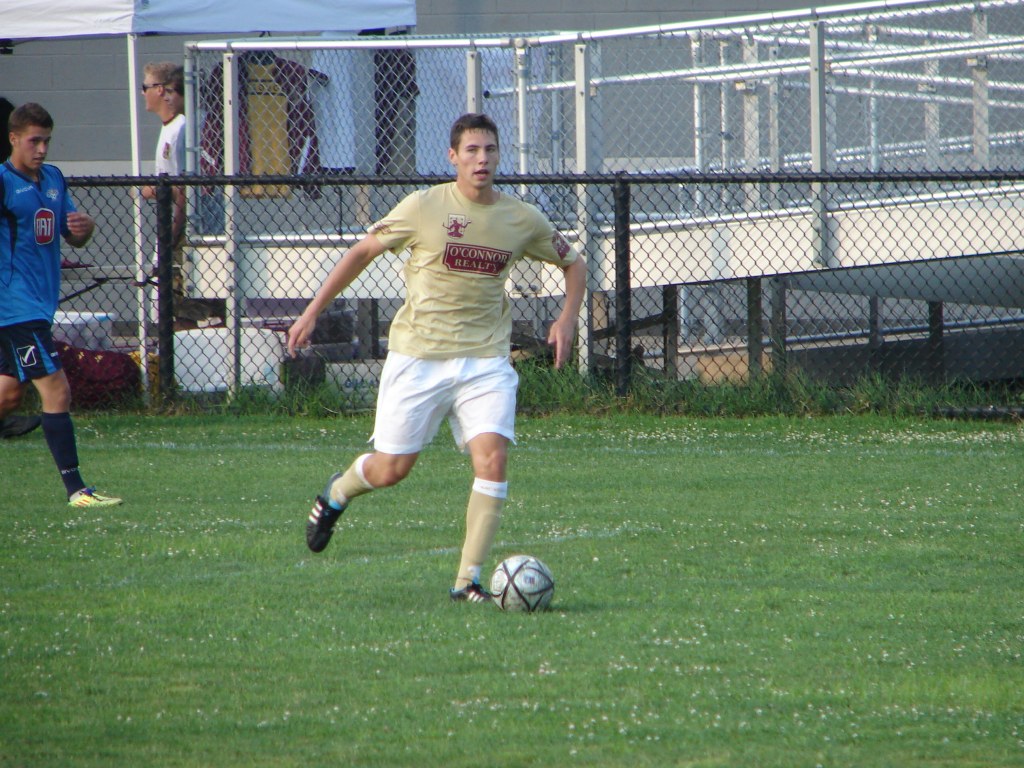 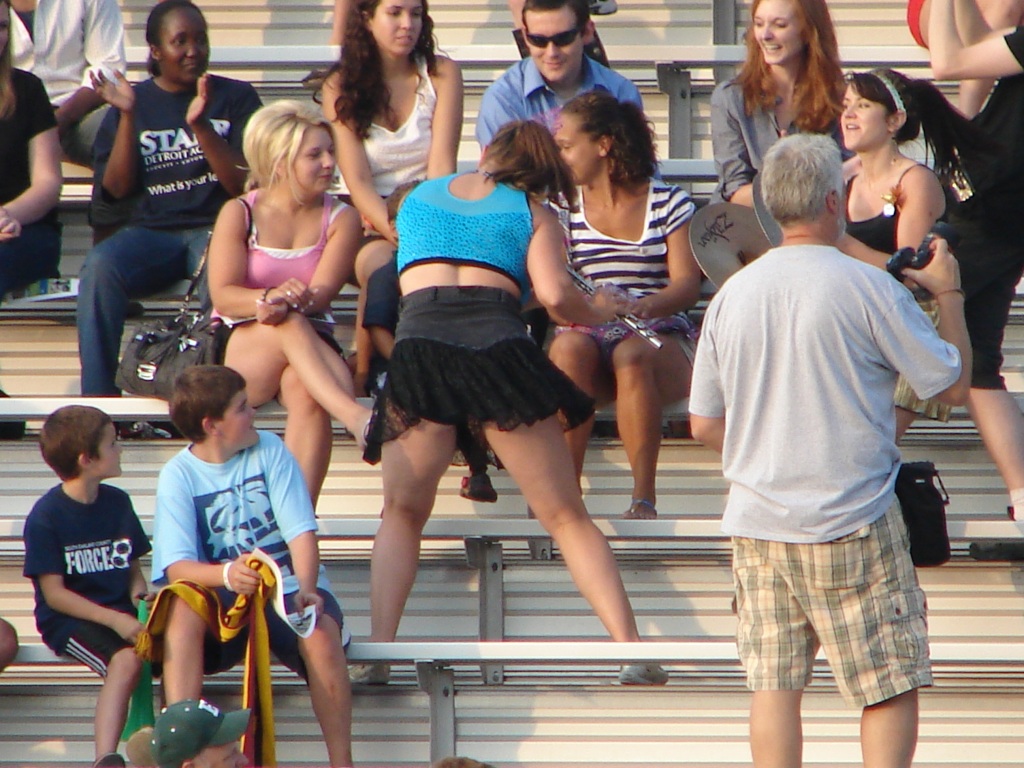 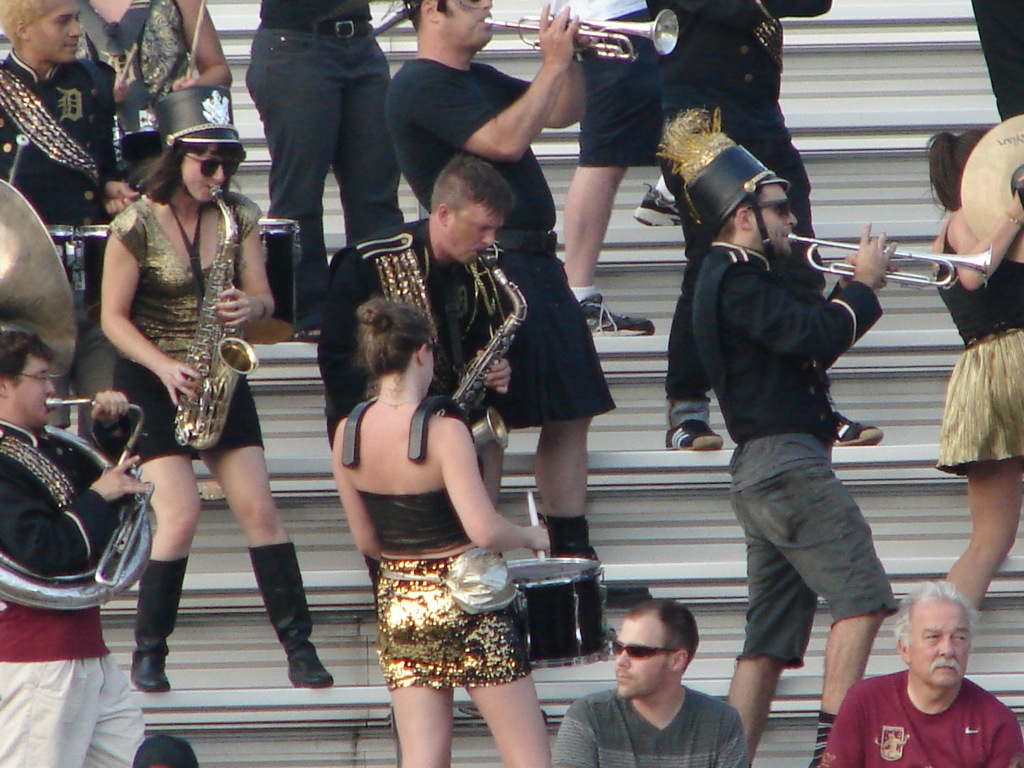 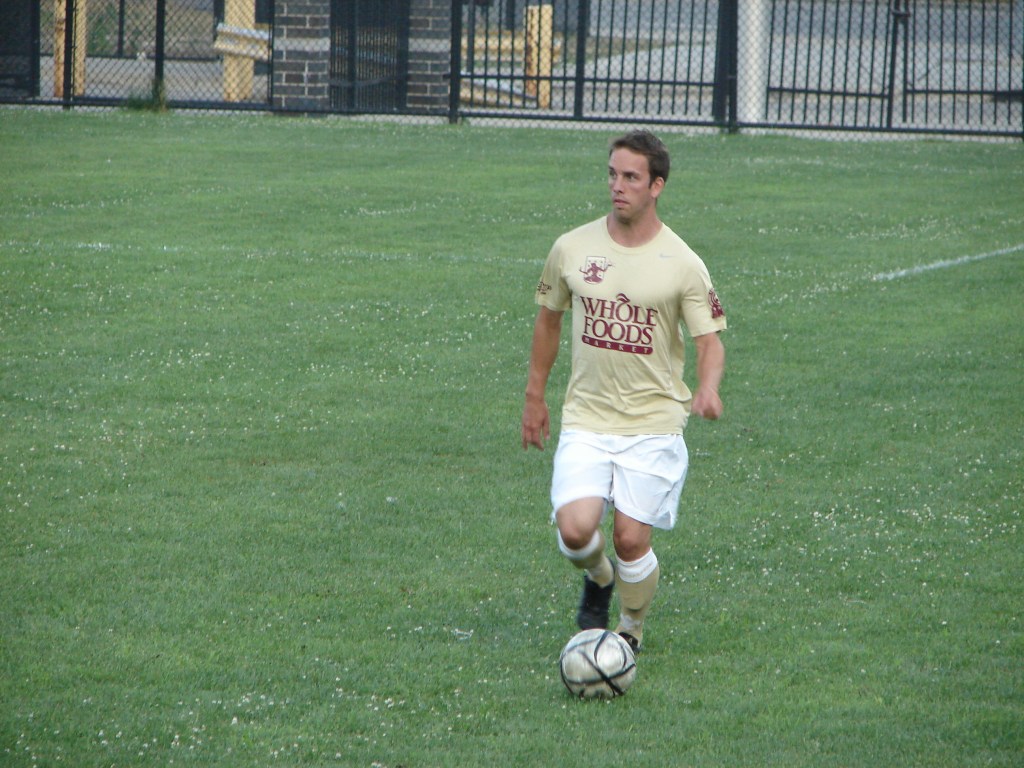 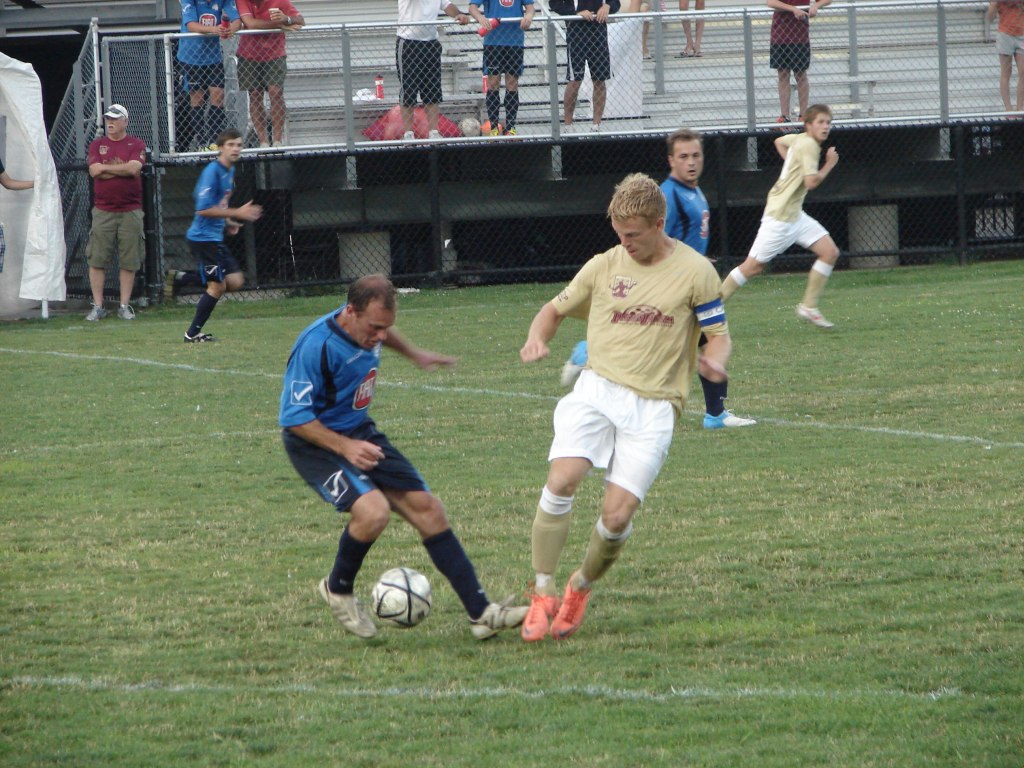 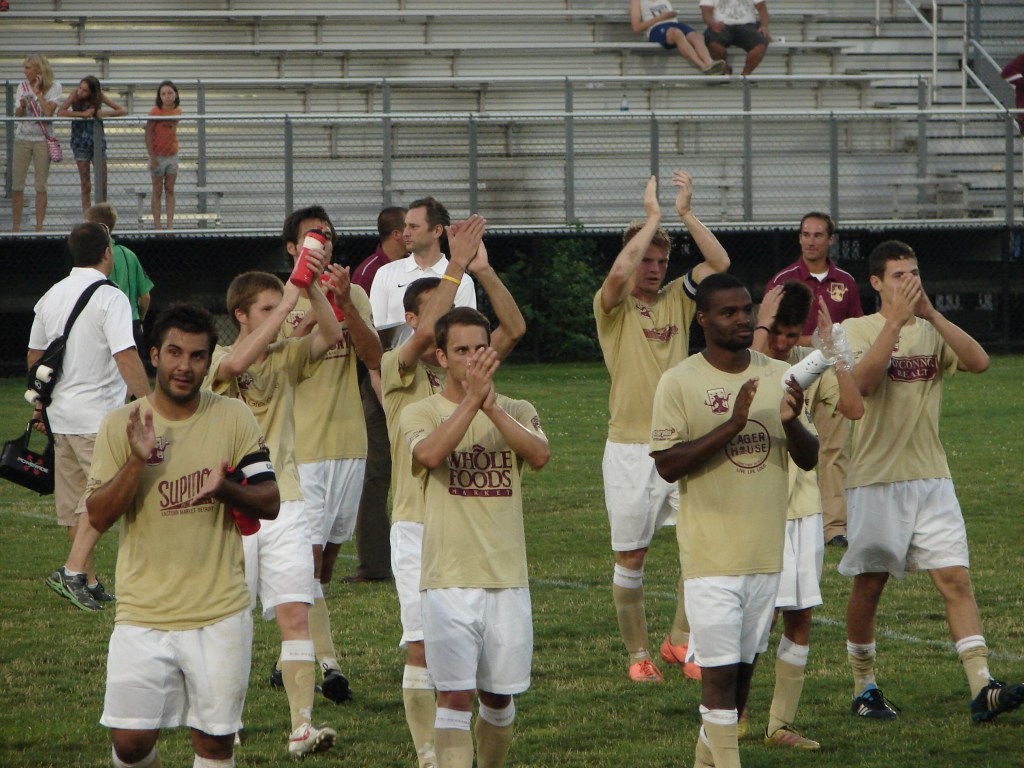 The inaugural Black Arrow Award, given to the Detroit City FC MVP, was presented to Keith Lough and Josh Rogers.  “The Black Arrow” was the nickname of Gil Heron, a Jamaican-born footballer who lived in Detroit and later became the first-ever black player for Celtic F.C.