A rainy Tuesday night, international friendly and last match of the year.  Could have been a downer.  A 10-0 loss could have been depressing.

Instead, it was a blast.

Frosinone Calcio is a newly promoted team into Serie A from Frosinone, Lazio.  Their home pitch, Stadio Benito Stirpe, has a grass turf.  The stadium broke ground in 1974 but didn’t open until 2017.

Founding members of the Ciociaro Club in Canada have roots in Frosinone, and hosted the club prior to the match.  Busloads crossed the Detroit River in order to watch the team play.  With their help, and the Detroit City FC community, the game’s attendance of 7,887 was the largest in our seven-year history. 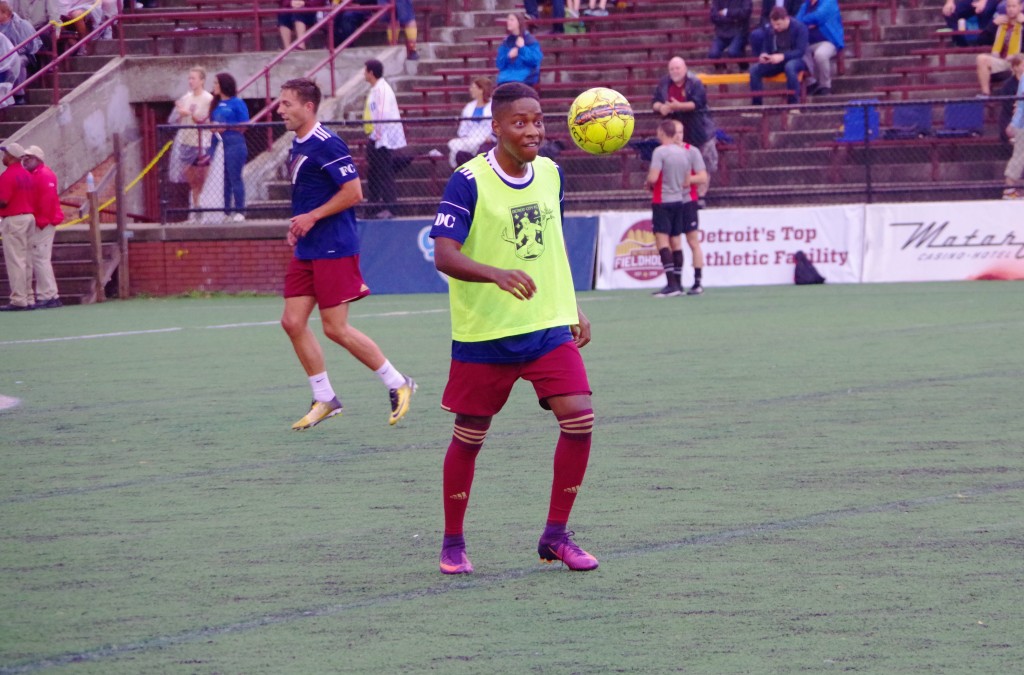 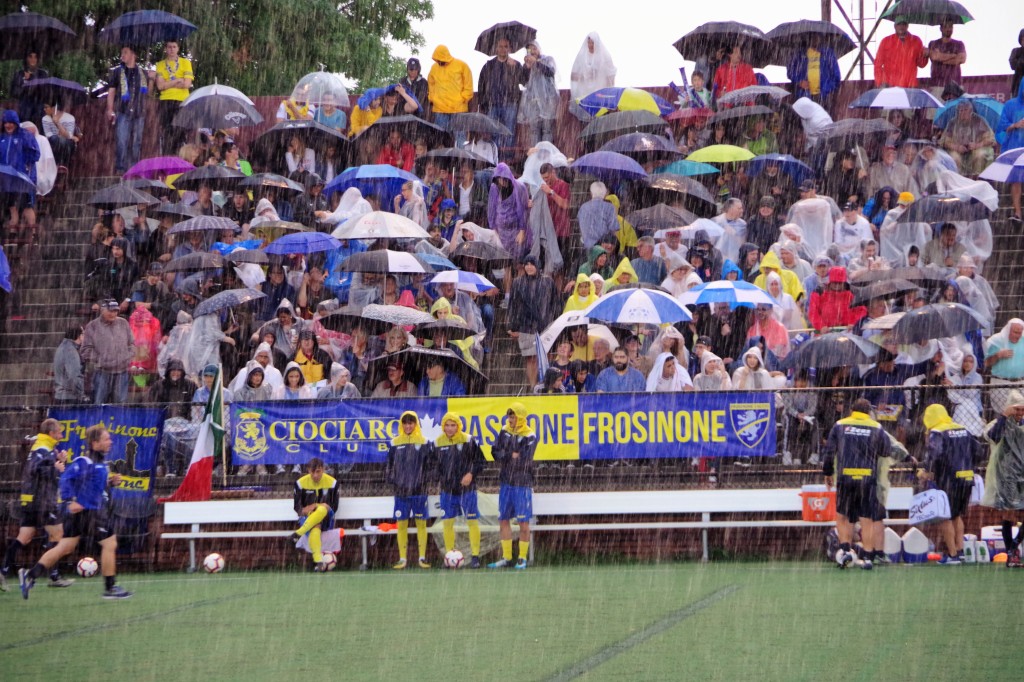 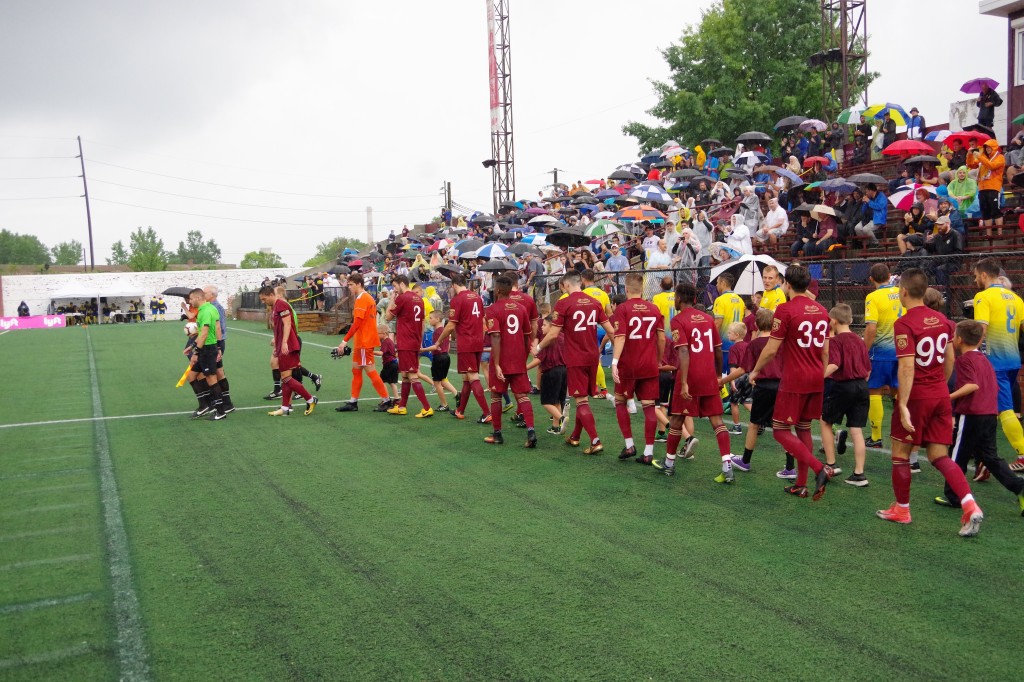 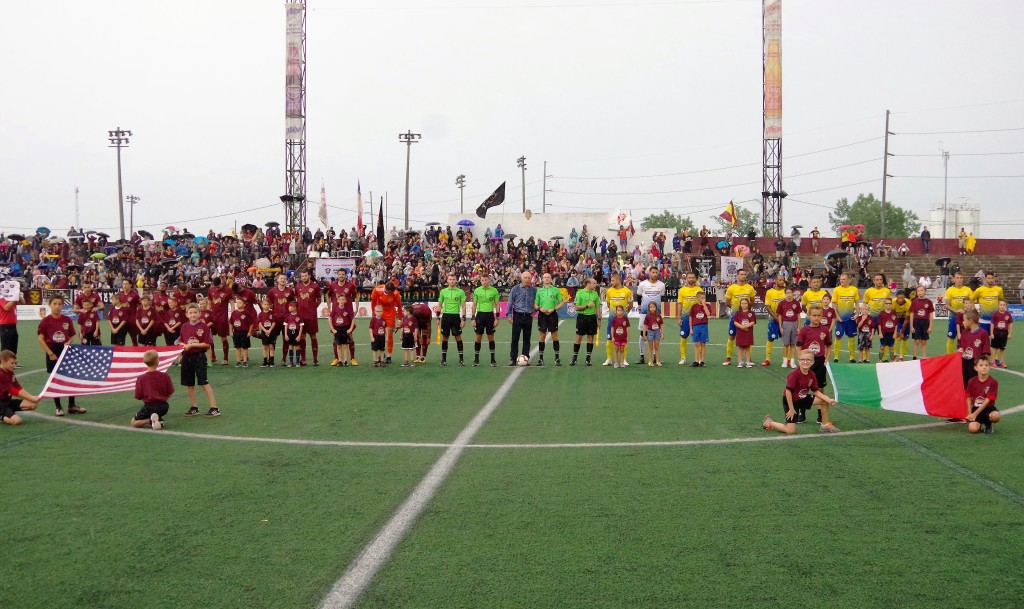 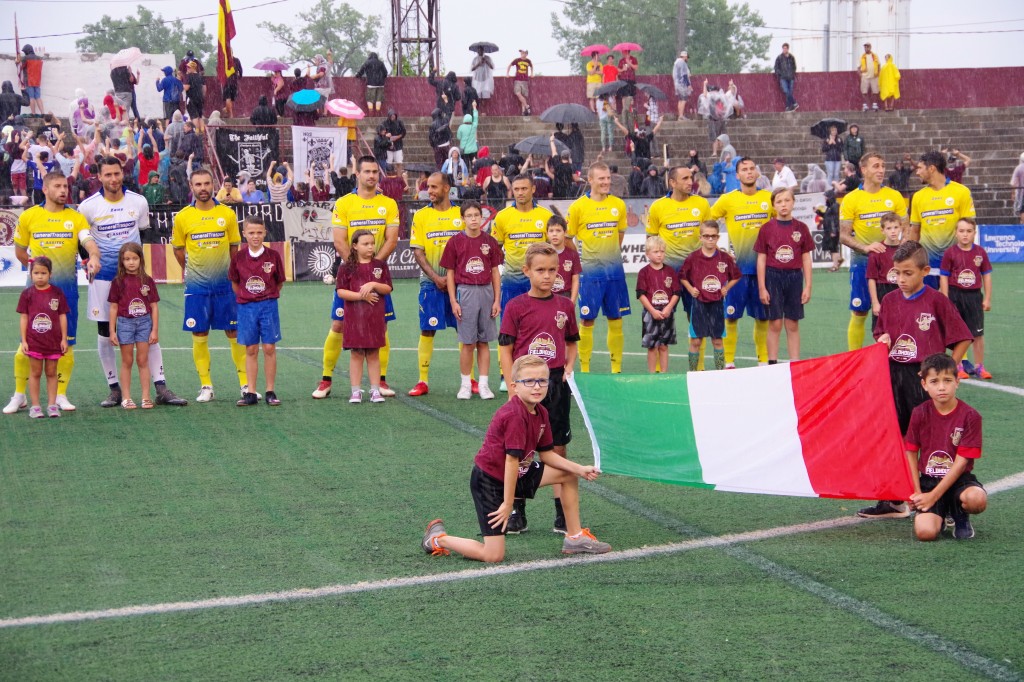 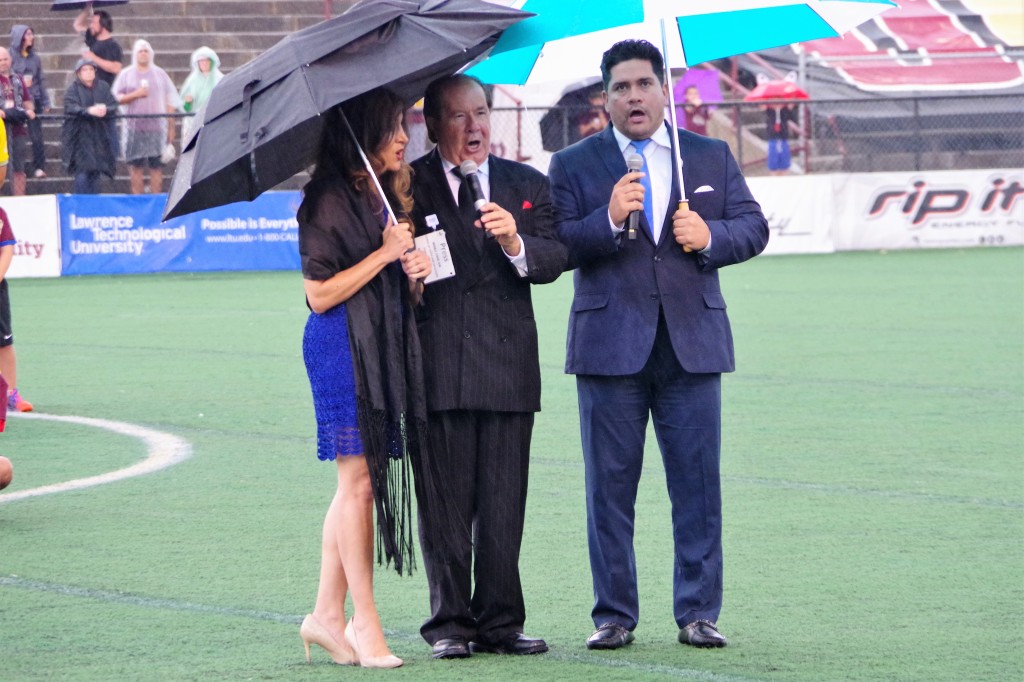 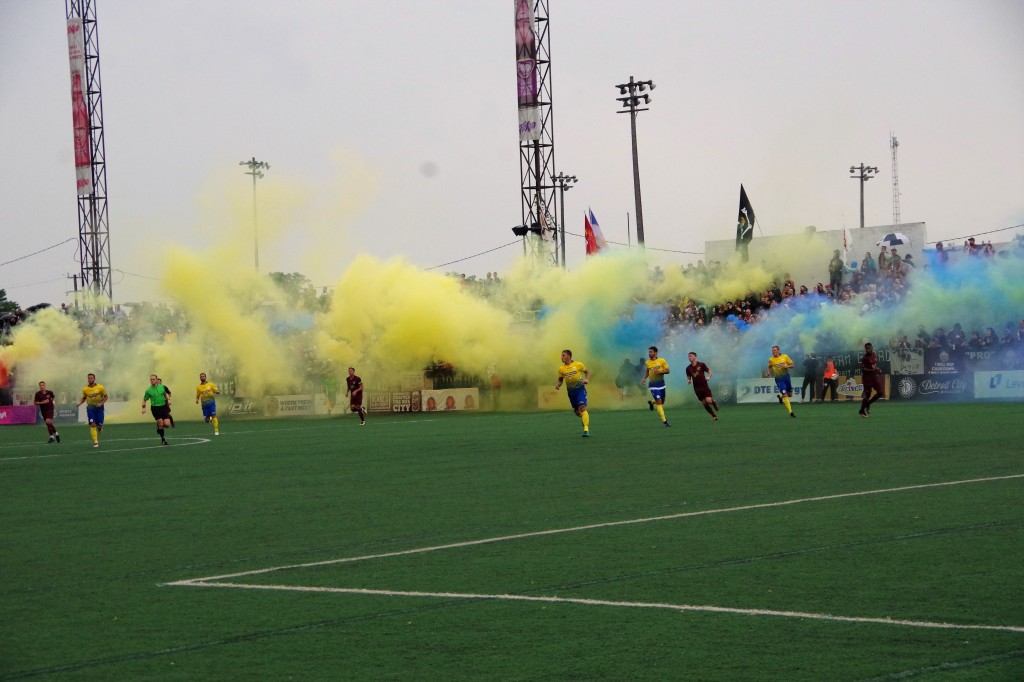 You’ll notice the Stand With Chatta two-stick.  Our brothers – Chattanooga FC – experienced the jolt of having a Board member and their General Manager leave the club, to join a Utah investor in putting a USL D-III team in Chattanooga.  Chattanooga FC is a community-modeled team that have grown large crowds to their NPSL club over the last decade.  The announcement sparked controversy because the USL team would fall under the MLS umbrella of ‘franchise’ teams versus community.  We strongly support Chattanooga FC and their supporters’ group, The Chattahooligans. 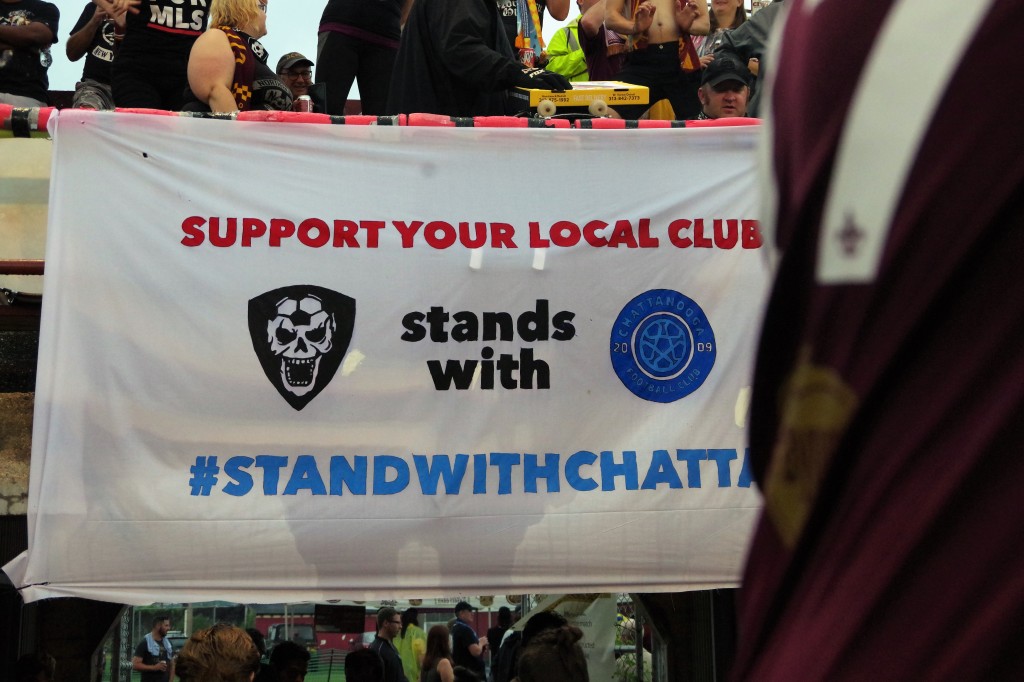 The ten goals run up by the Serie A team may seem demoralizing, but not for us.  Without a goal, and the final match of the season, there was a lot of smoke to use up, and in the final five minutes, the Northern Guard Supporters found a way to keep Frosinone from scoring an eleventh.  We smoked them out. 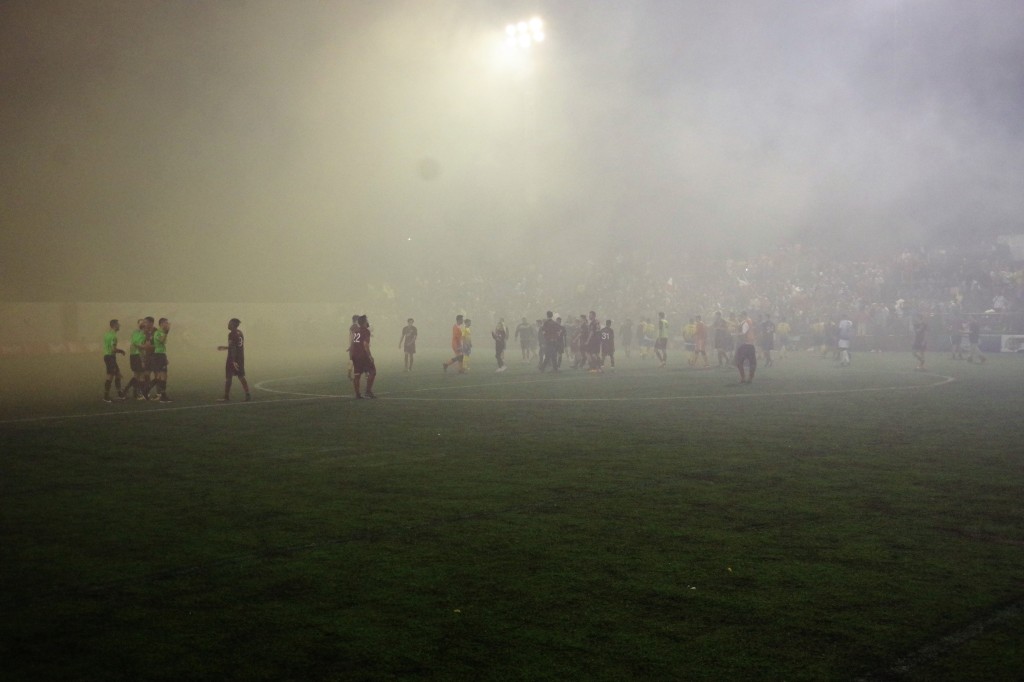 And, typical of our international friendlies, our guest joined in celebrating with our team and supporters. 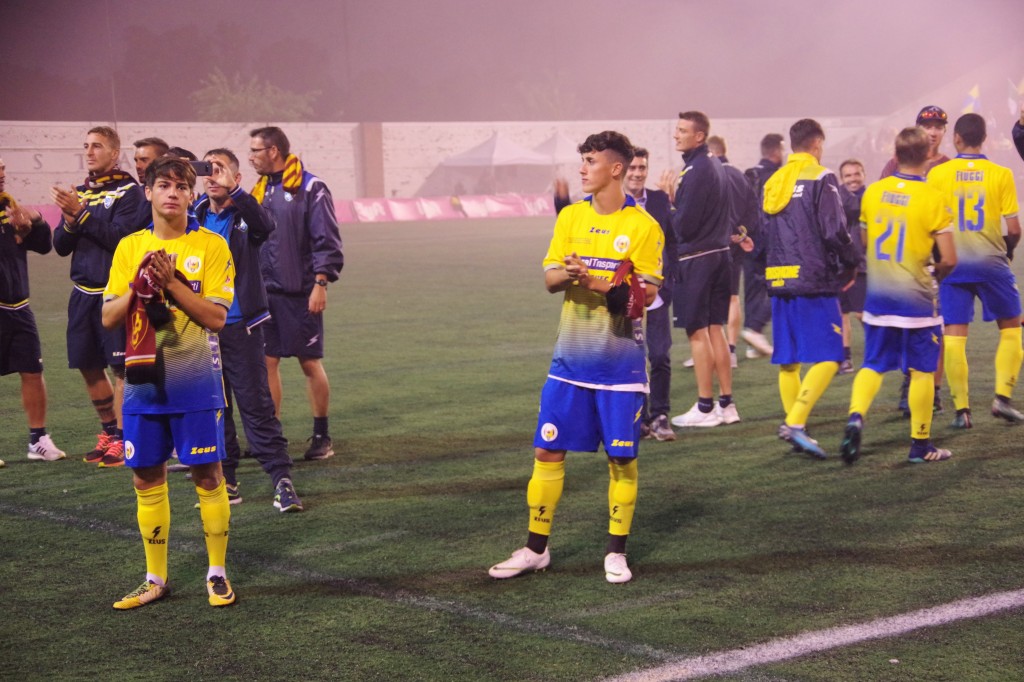 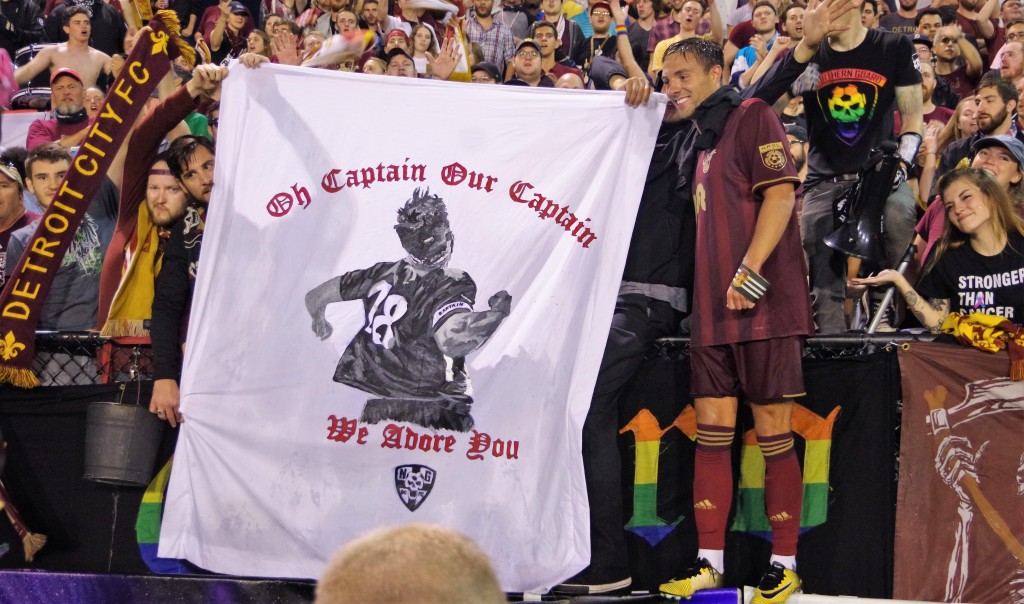 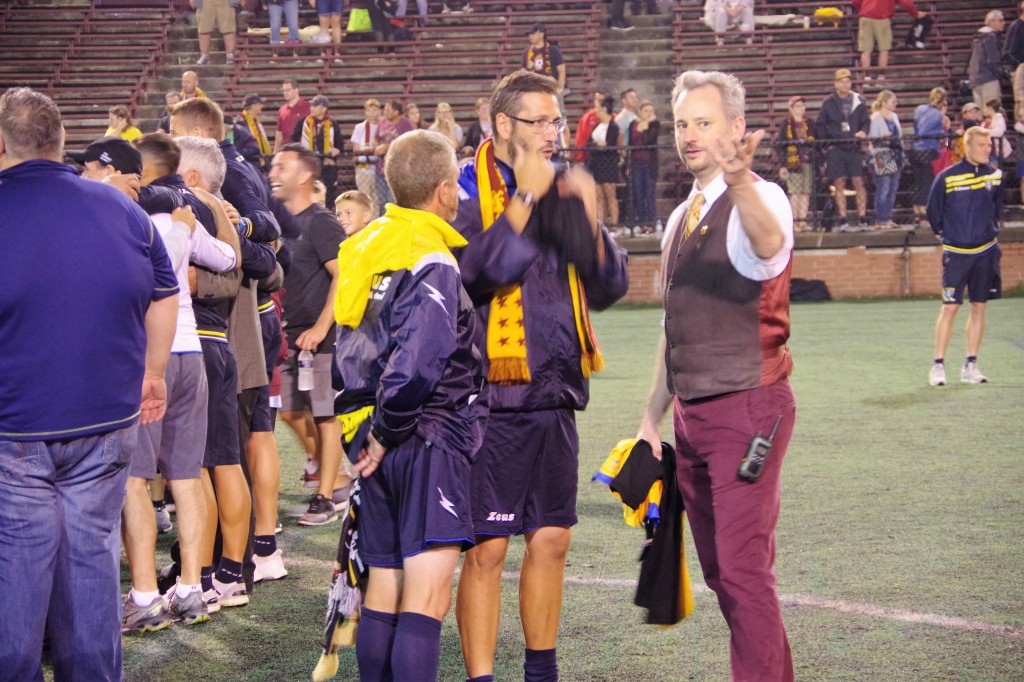 This was the best 10-0 loss ever.  Of course, it concluded with the traditional pitch-wide Tetris.