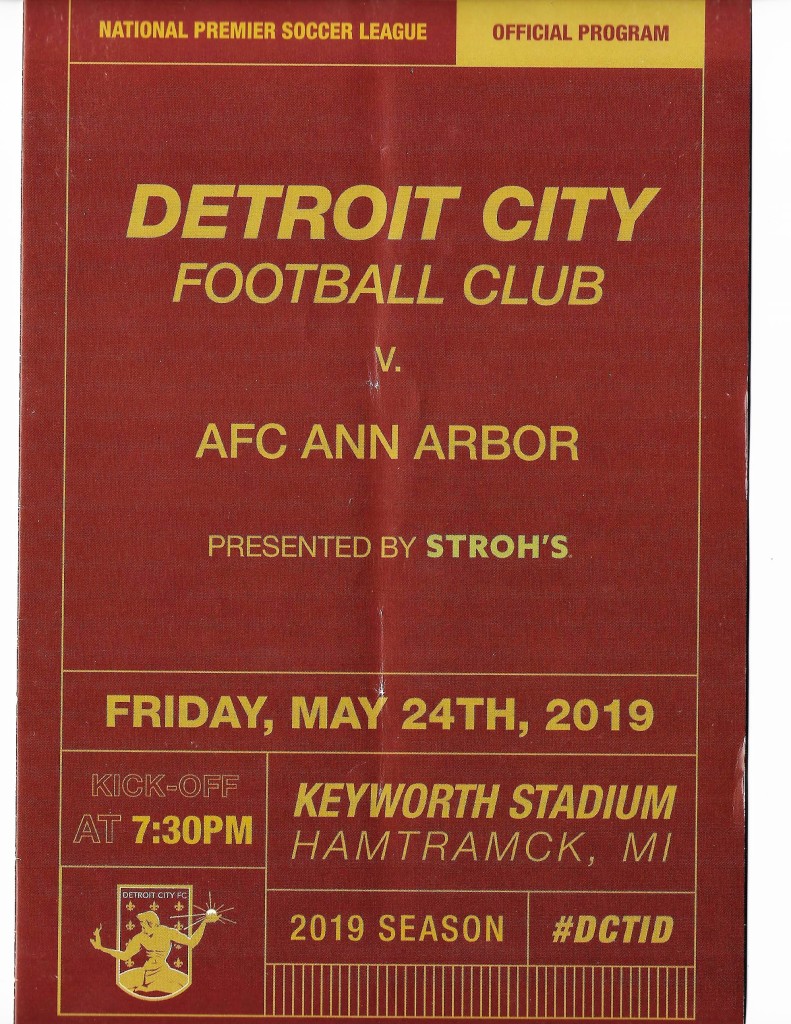 Another wacky weather day, as rain fell a couple hours before game time, but ended just before the march, giving me time to apply sunscreen. 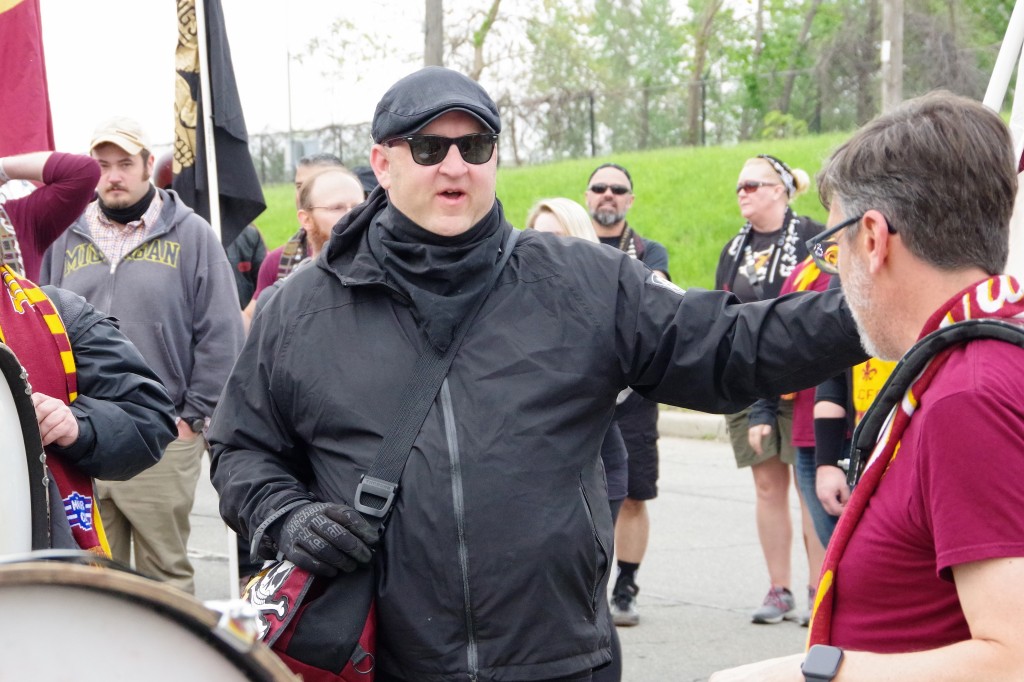 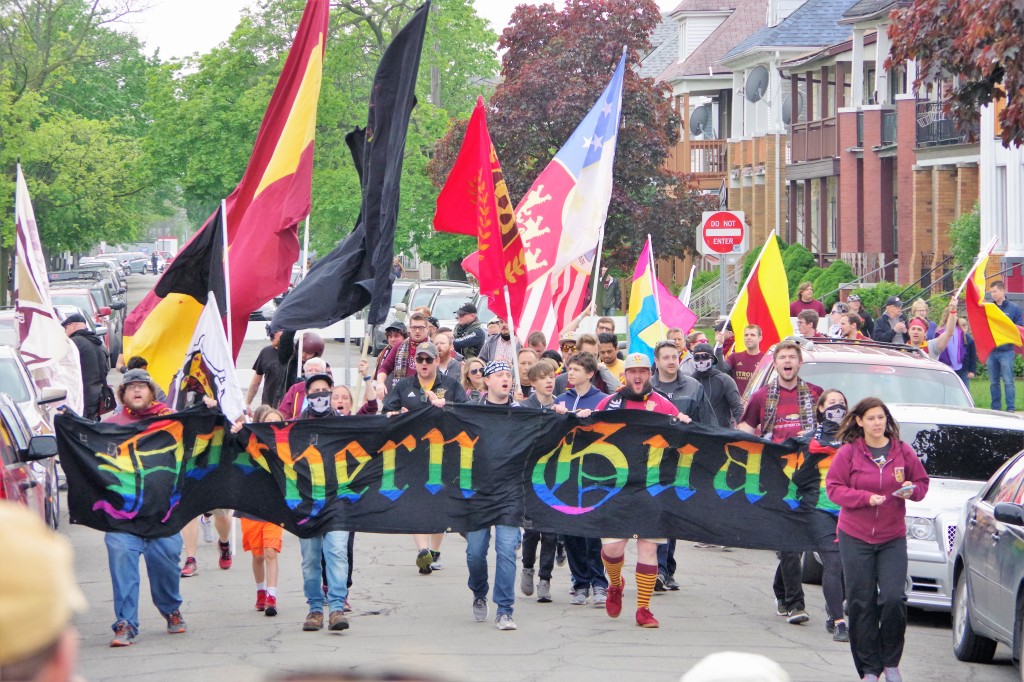 Holding off the tifo from last week to this seemed especially appropriate.  Coming into this match, AFC Ann Arbor has had our number with a 4-1-1 record in NPSL regular season matches.  Of course, we won the important Midwest Regional Final against them in 2017.  Today, despite their on-field superiority, they faced something that, as a club, they will never have.

The Northern Guard Supporters reflected on Detroit City FC’s past, and honored the many players who wore the rouge-and-gold kit over the club’s seven seasons, as it makes its transition from NPSL club to the professional ranks of American soccer.  And the overwhelmingly awesome display was something AFC Ann Arbor was forced to view. 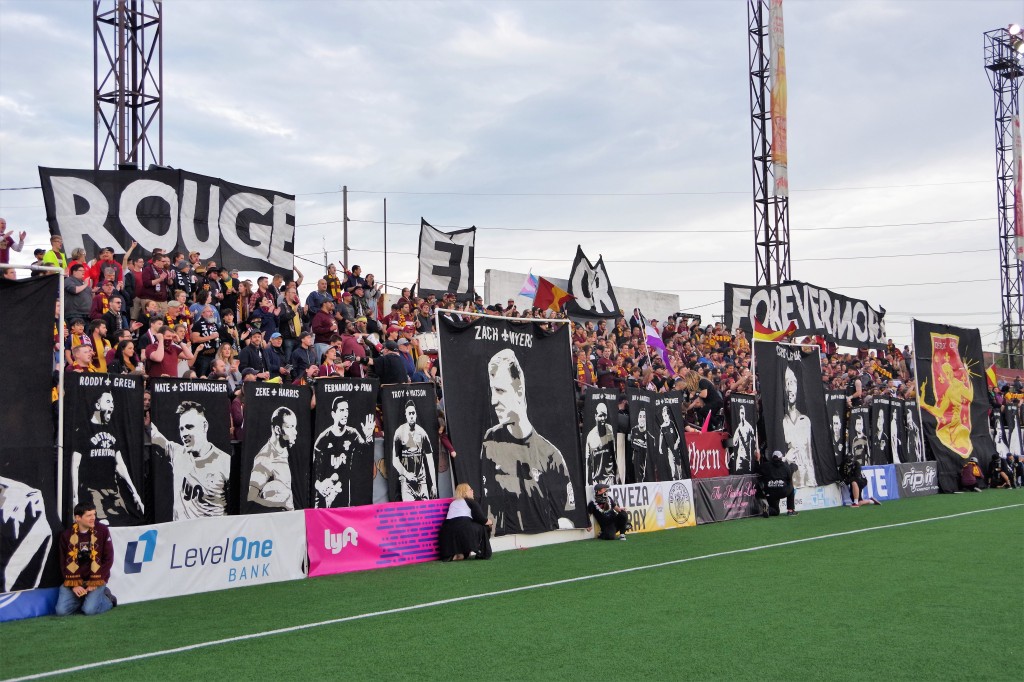 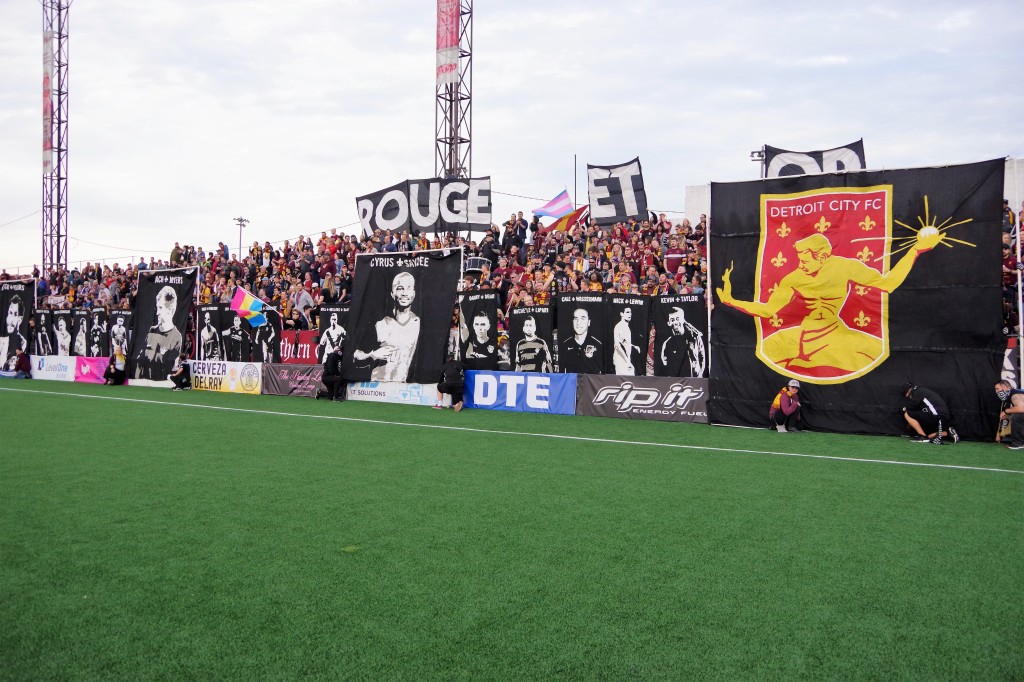 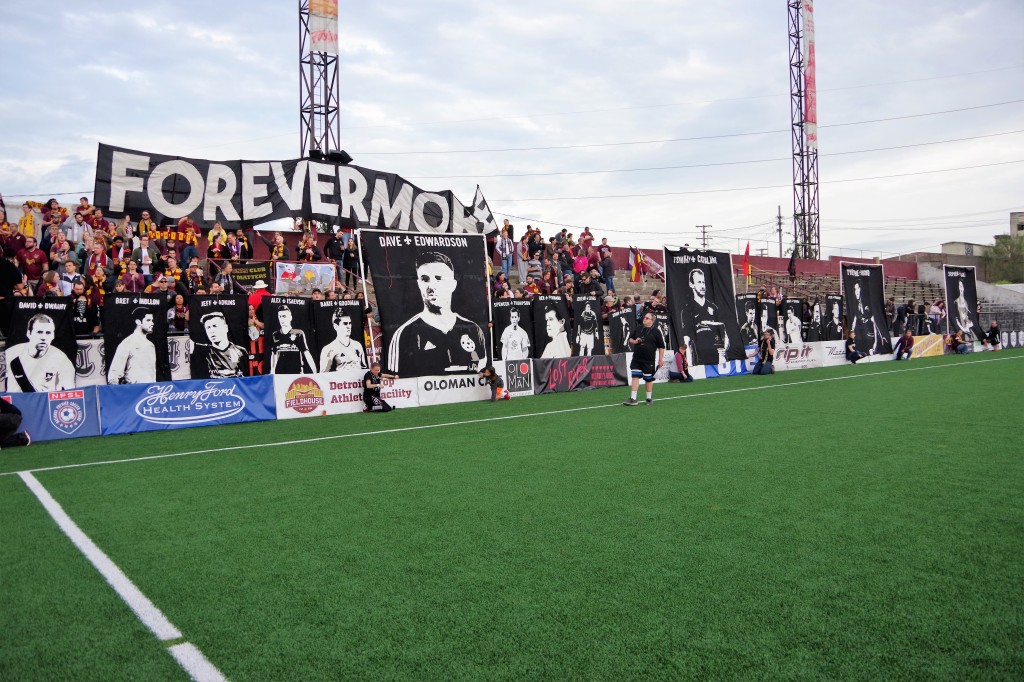 I am very honored that NGS used some of my photos to create that beautiful display. 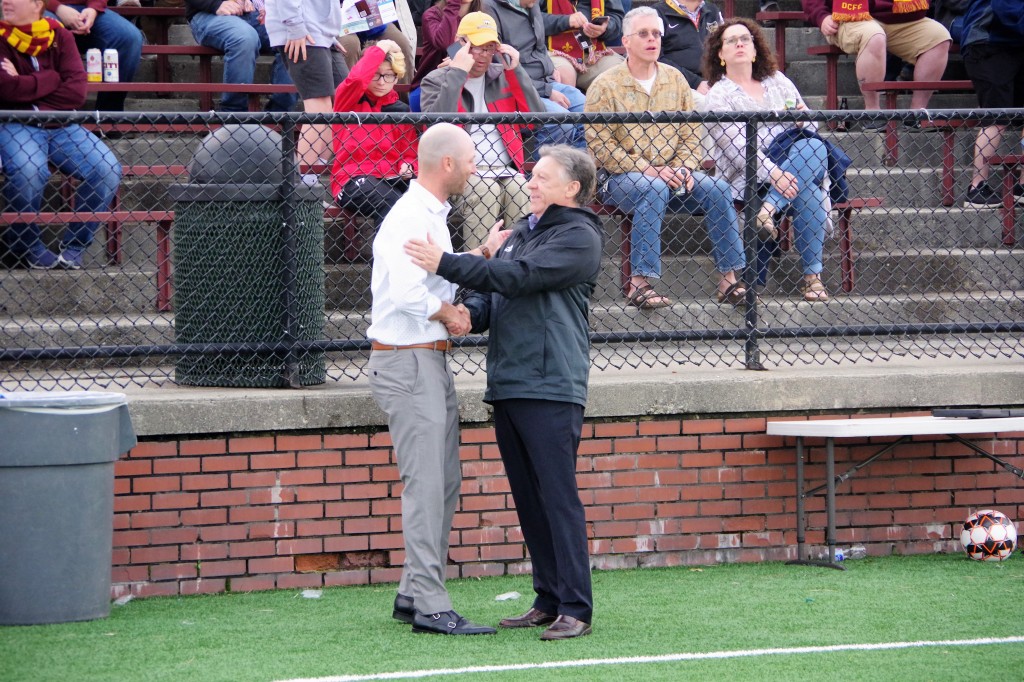 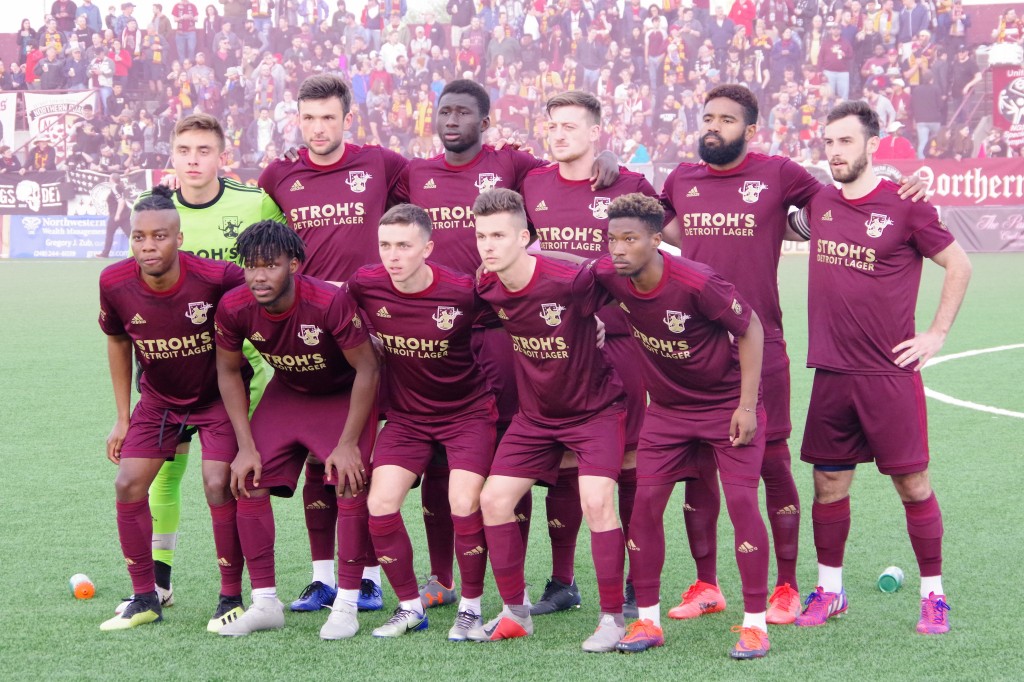 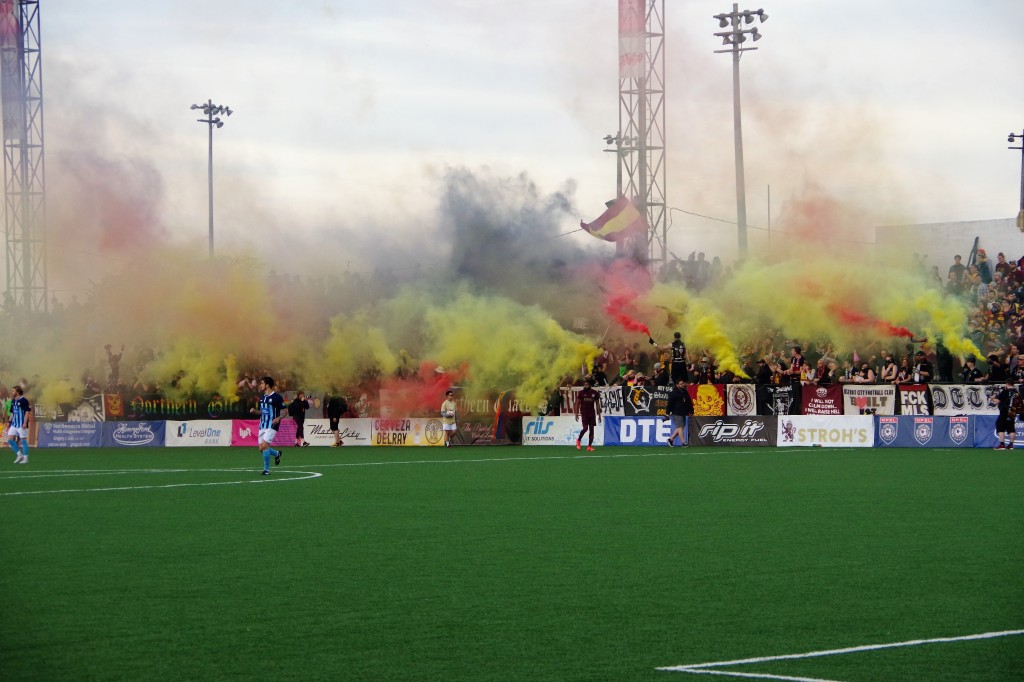 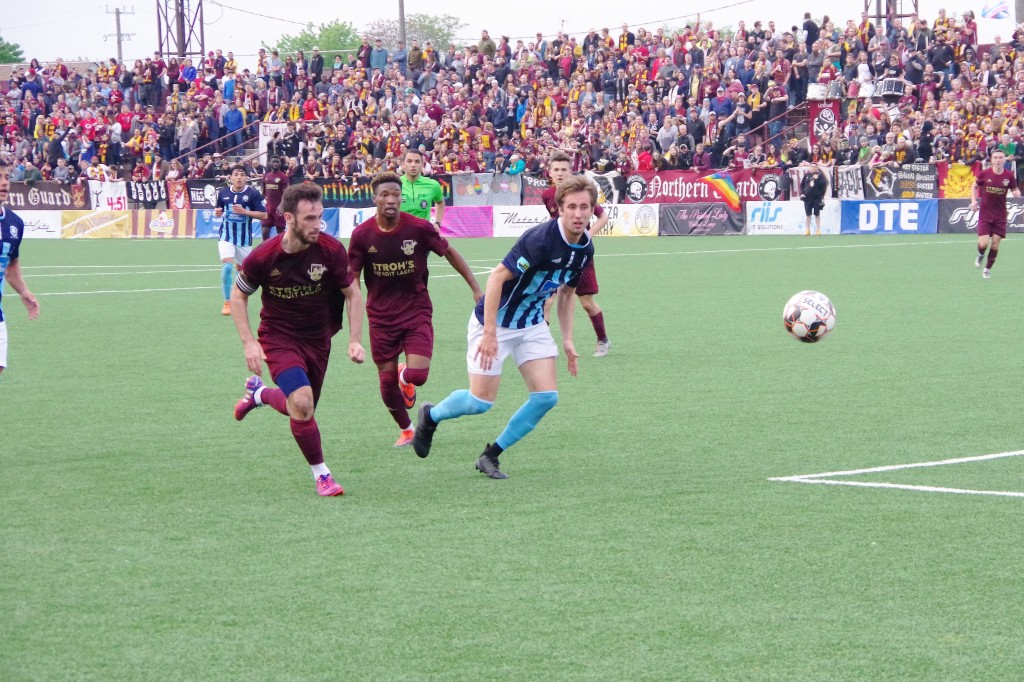 Excuse me, sir.  He’s continuously standing on the field of play.  A card, please?

At halftime, it was our annual Special Olympics of Michigan match.  Always a fantastic event. 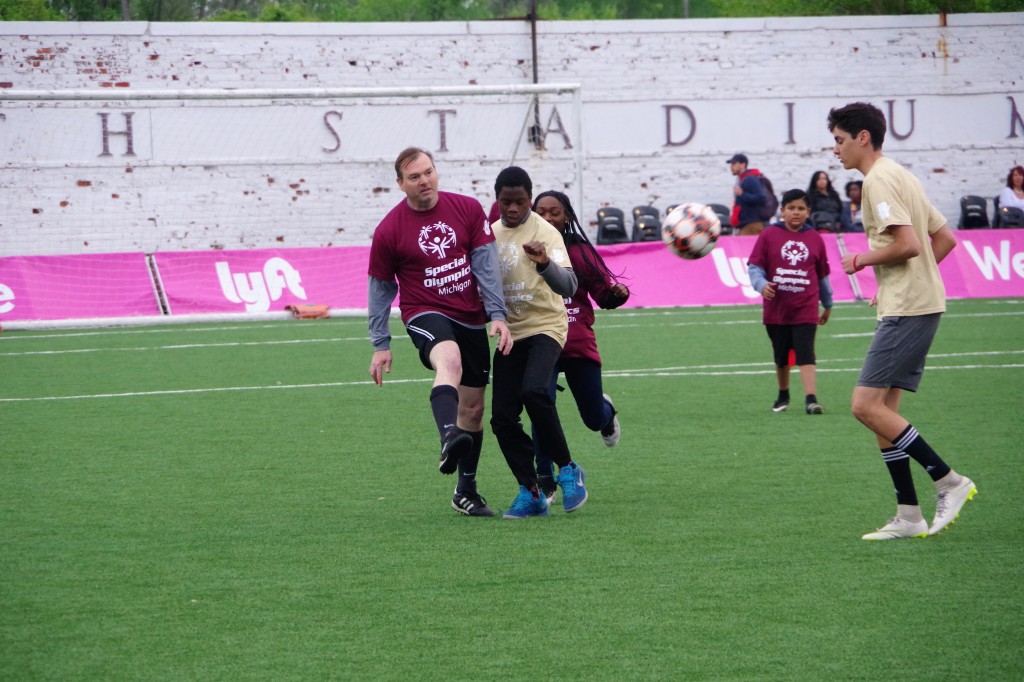 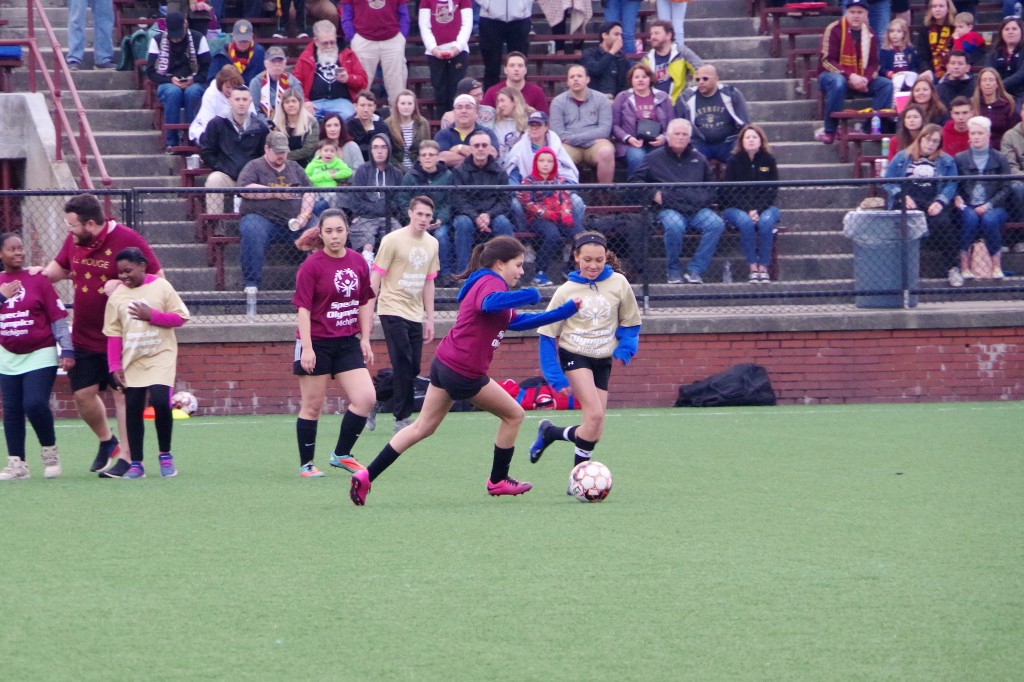 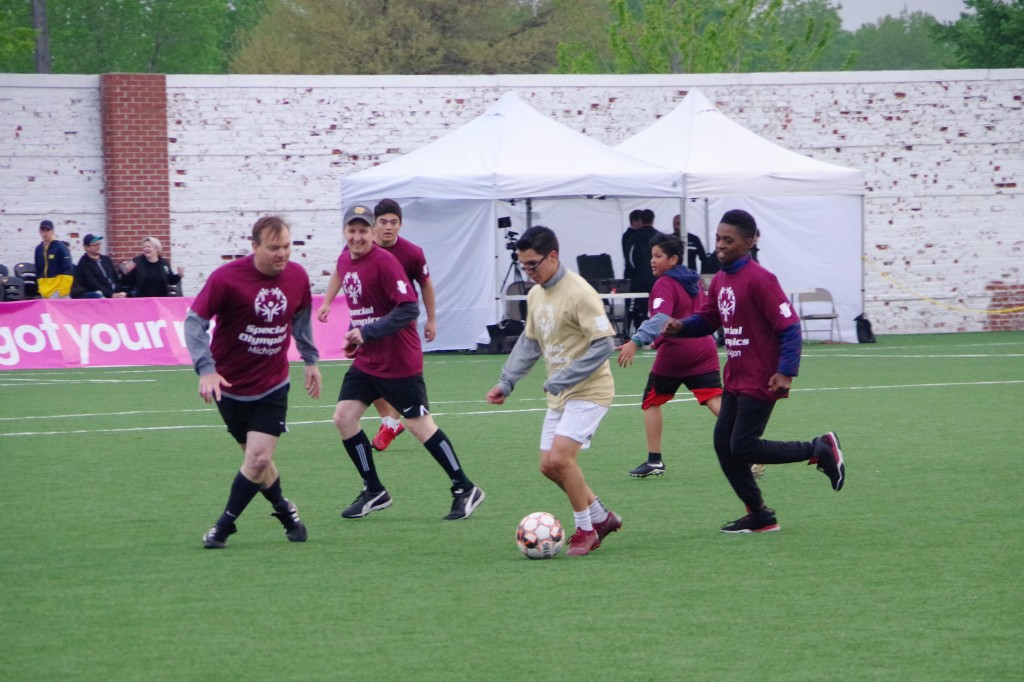 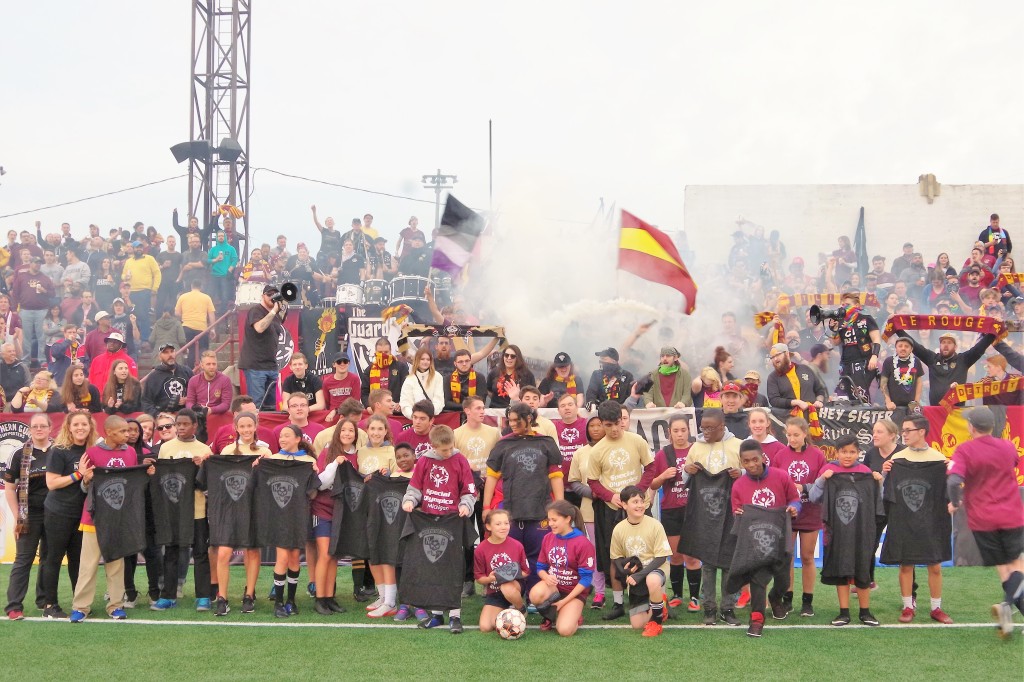 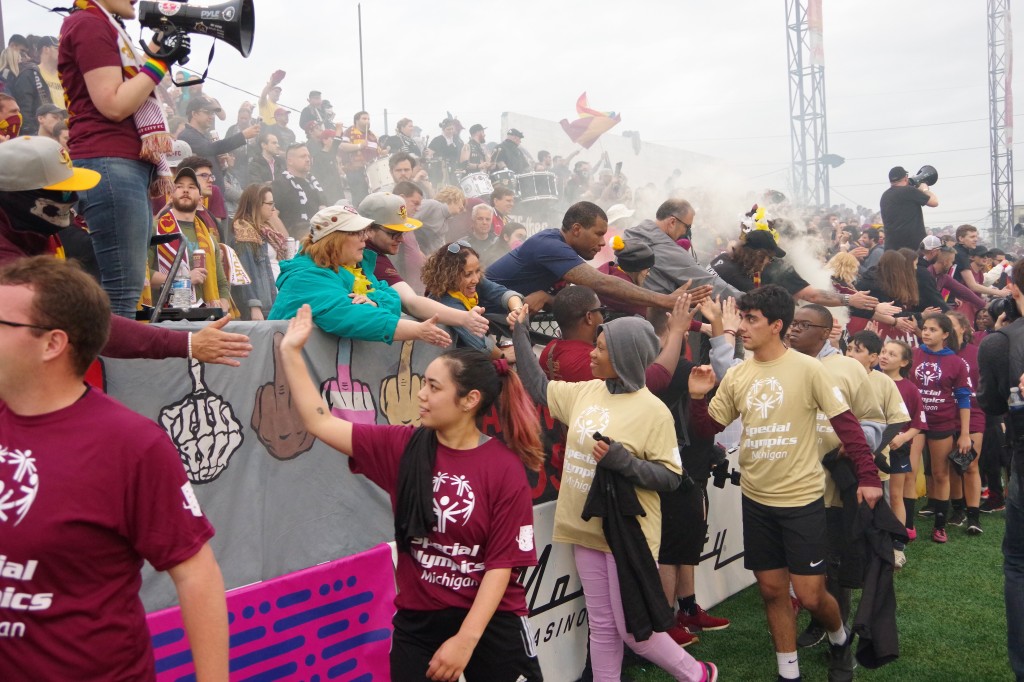 This was a tough battle, as usual.  Player for player, our talent matched or exceeded AFC Ann Arbor.  A missed PK by City might have given us a lead, and a Jalen Crisler clearance on our goal line negated their best opportunity.  A game of inches that evened out over the ninety minutes. 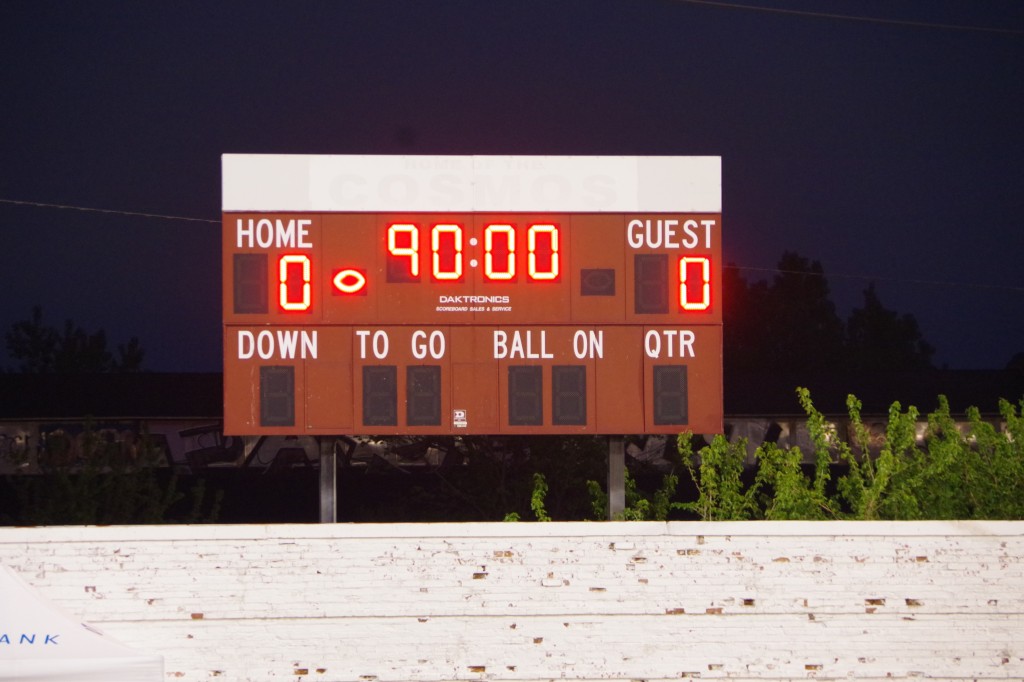