Our frenemies, Chattanooga, won the Eastern Conference for seeding in the tournament.  Los Angeles was the #4 seed in Group B. 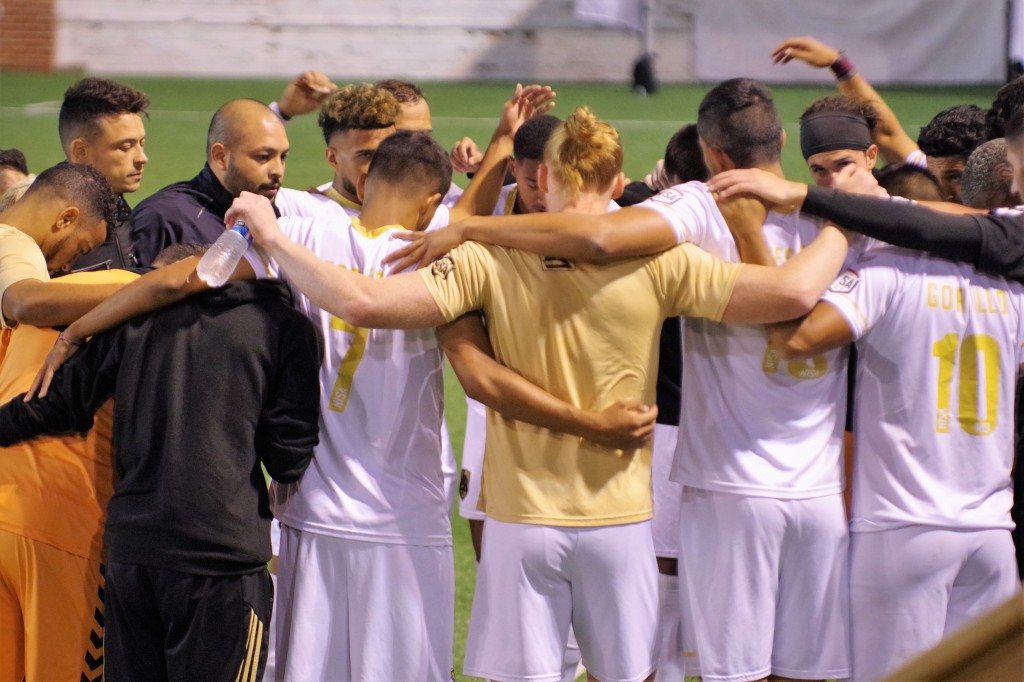 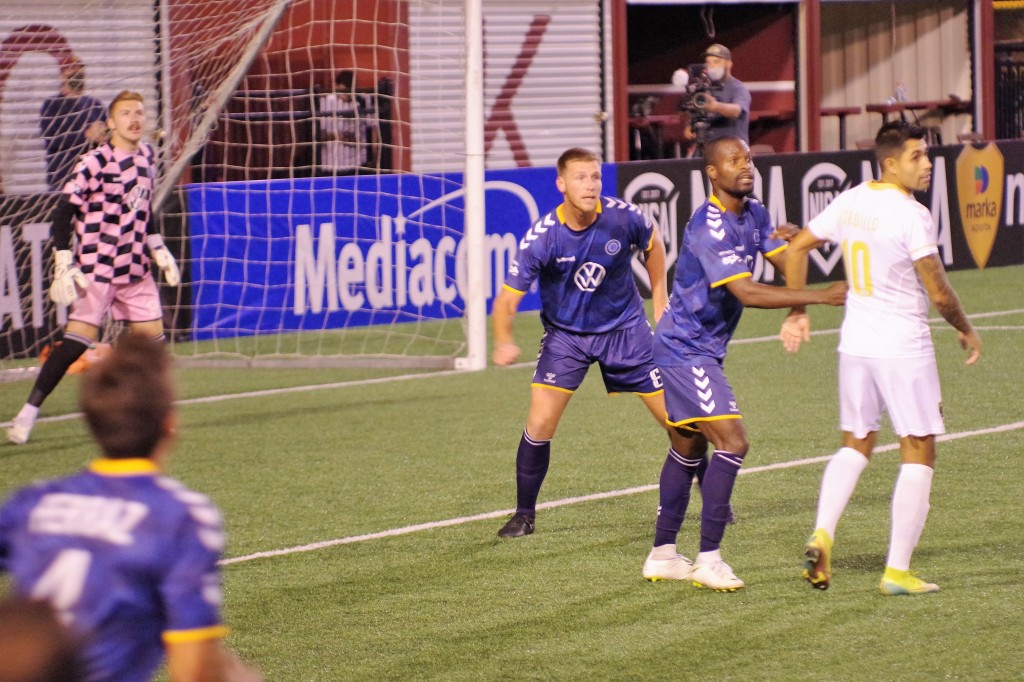 It didn’t take long for LA to put themselves in a hole, as Abraham Torres’ elbow to the face of Jose Ferraz earned him a straight red card in the 9th minute.  This gave Chattanooga FC a man advantage for the remainder of the match. 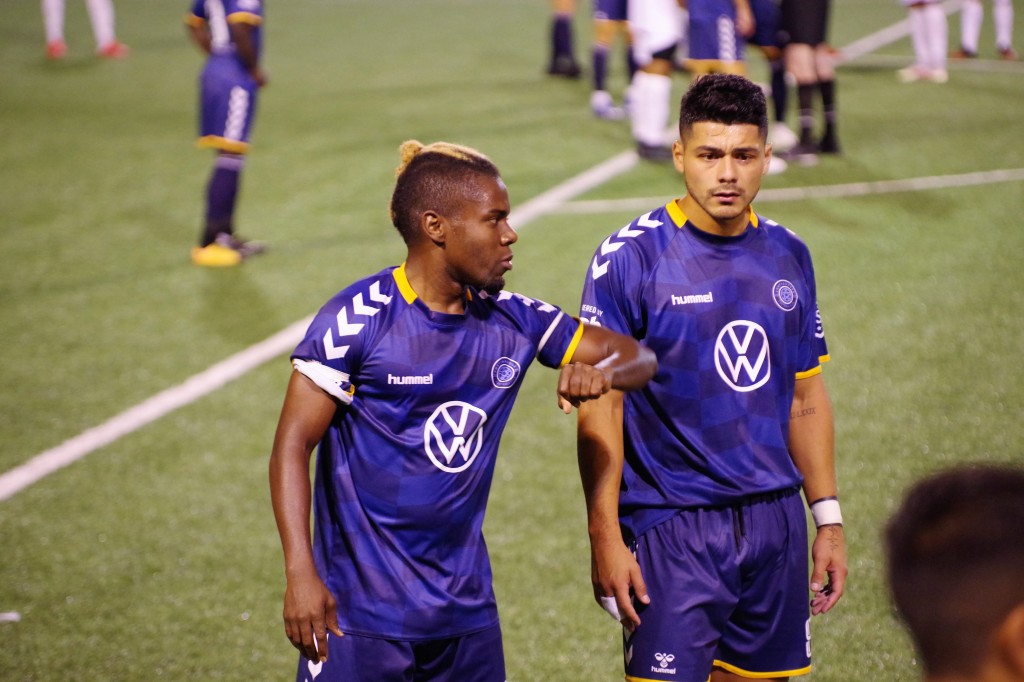 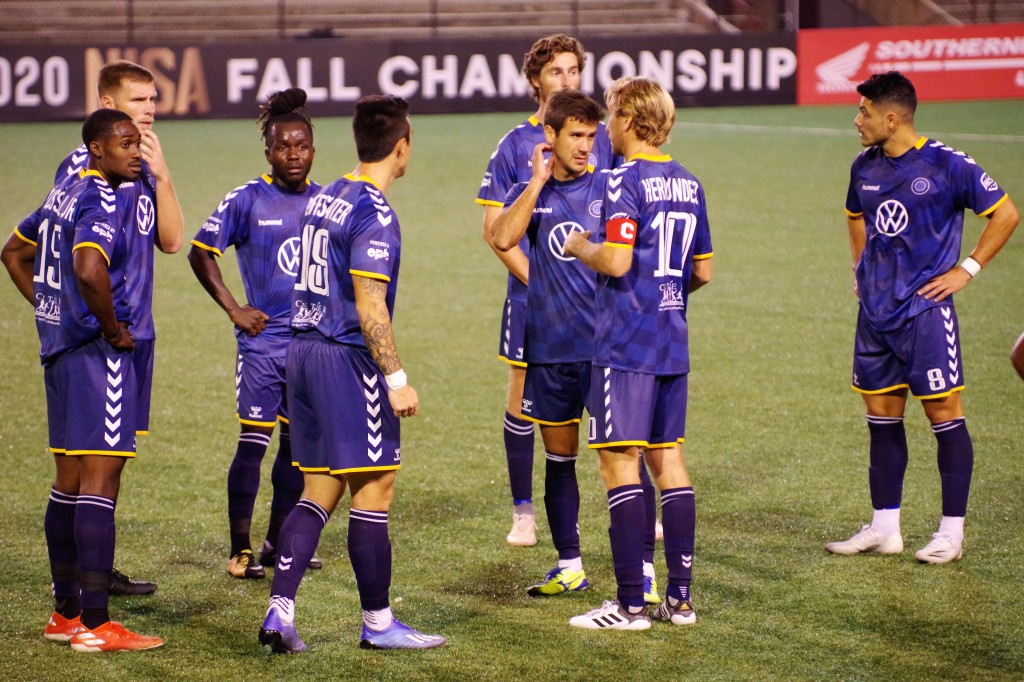 Even though they were down a man, Danny Trejo just kept coming at the CFC goal, trying to give his team a lead on the scoreboard. 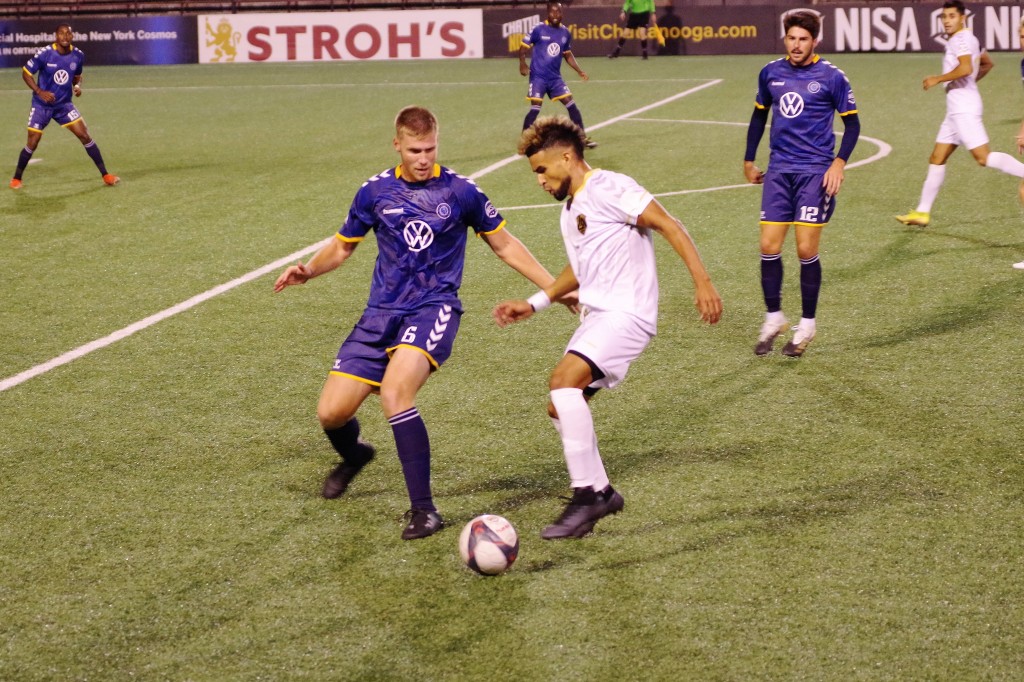 In the embers of the first half, Kyle Carr, who, with Kyle Marcano, subbed in for Richard Dixon and Jowayne Laidley in the 28th minute, delivered a corner kick that Sean Hoffstatter’s head directed into the net to give Chattanooga FC a 1-0 lead at halftime.

As the second half began, Brian Bement subbed in for the goal scorer, Sean Hoffstatter.

In the 60th minute, again on a corner kick, CFC capitalized and doubled the lead.

Los Angeles kept working and earned a penalty kick in the 78th minute.  CFC keeper, Alec Redington made the save, however it was adjudicated by the referee that he came off his line too early.  On the second attempt, Danny Trejo hit the crossbar. 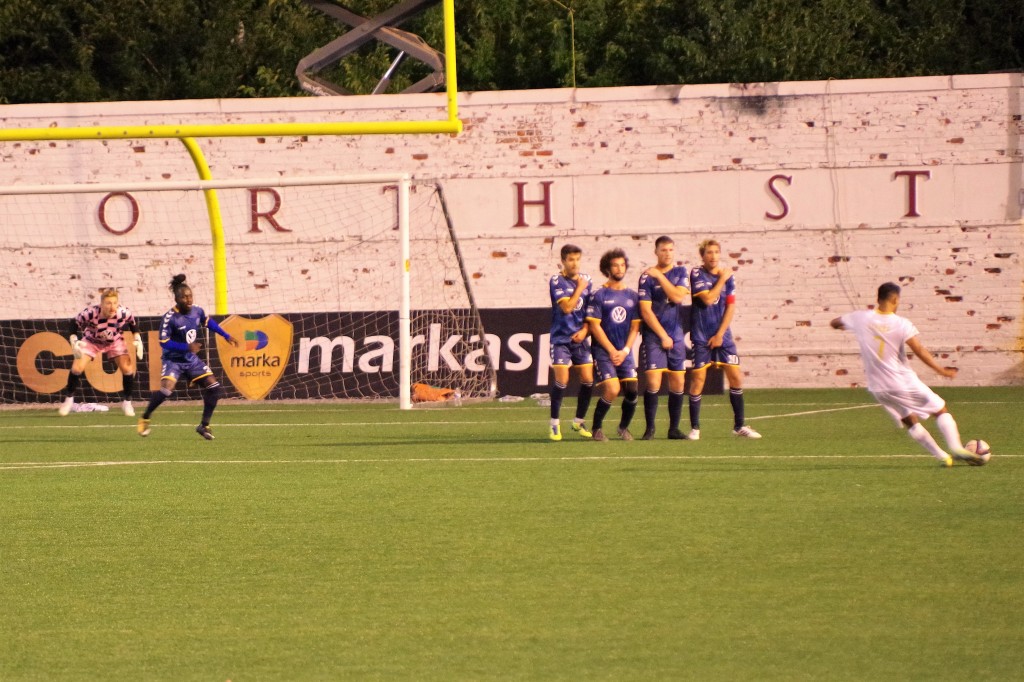 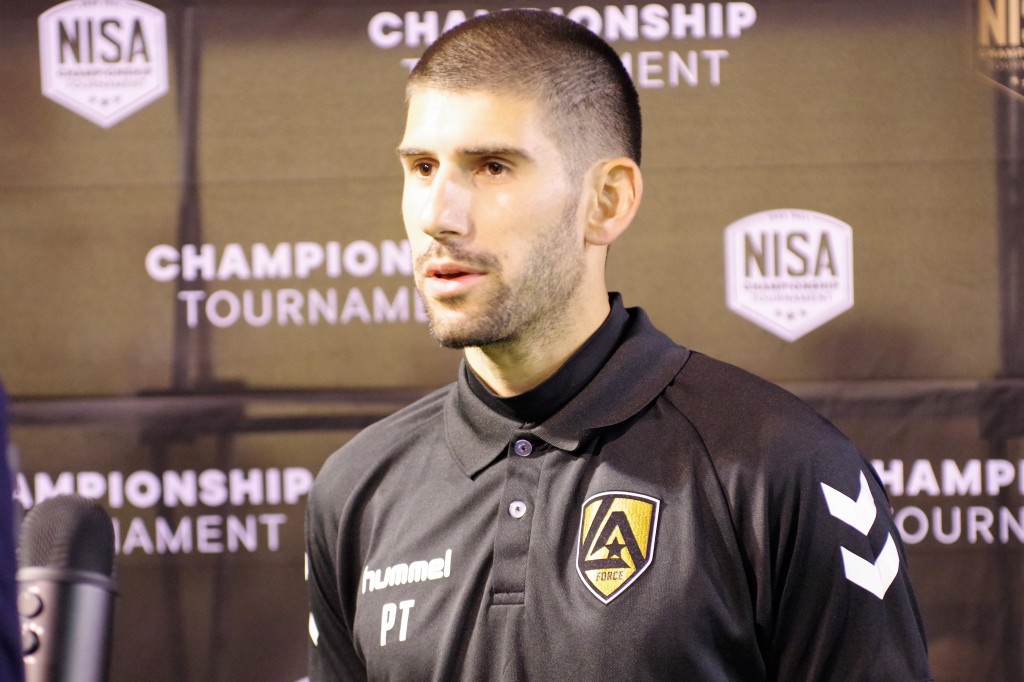 After Day One of the Group A matches, it was tied at the top and at the bottom.

For all the matches in the tournament, go HERE.