We played at Wembley. 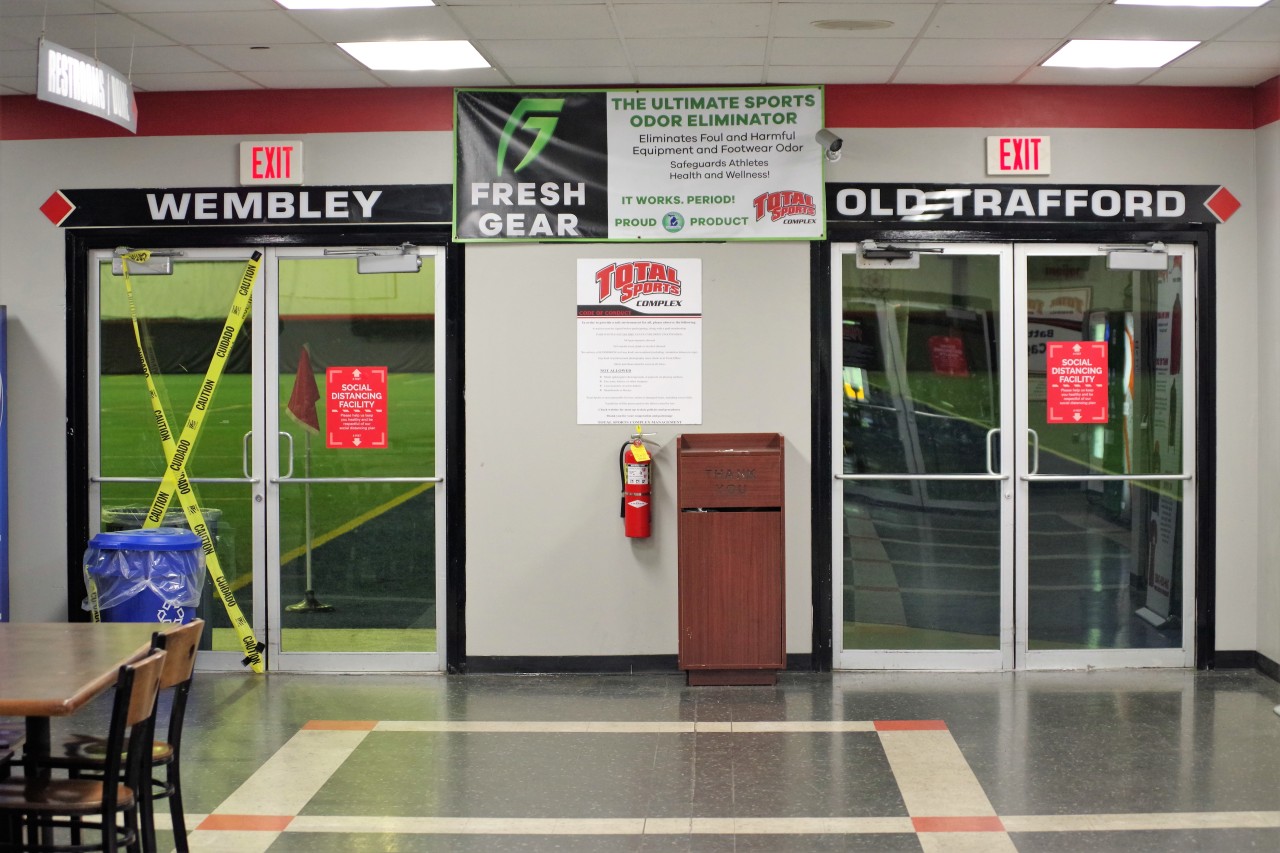 But it was hardly Wembley.  Just another dimly-lit dome. 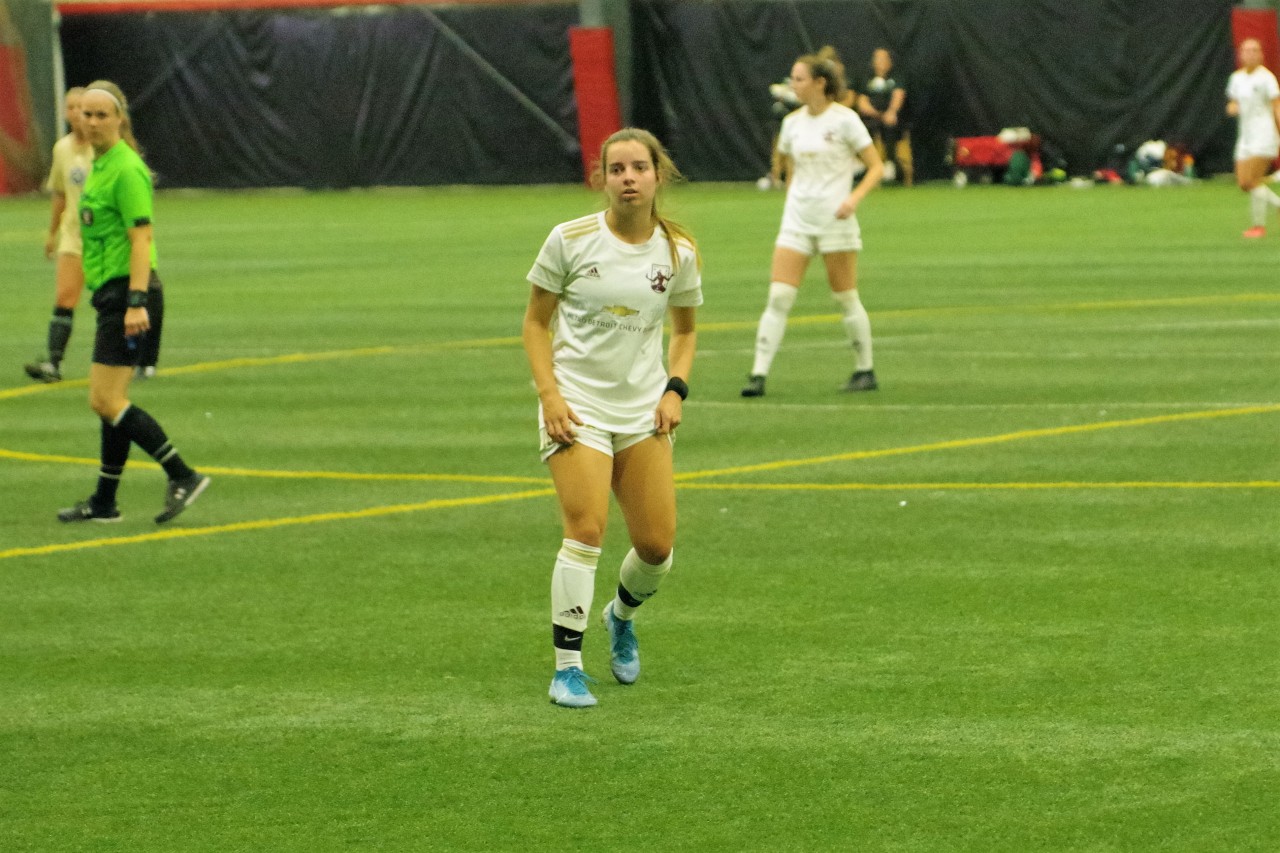 Tori Singstock scored from the penalty spot in the first half to give City a one-nil lead, which they carried to halftime. 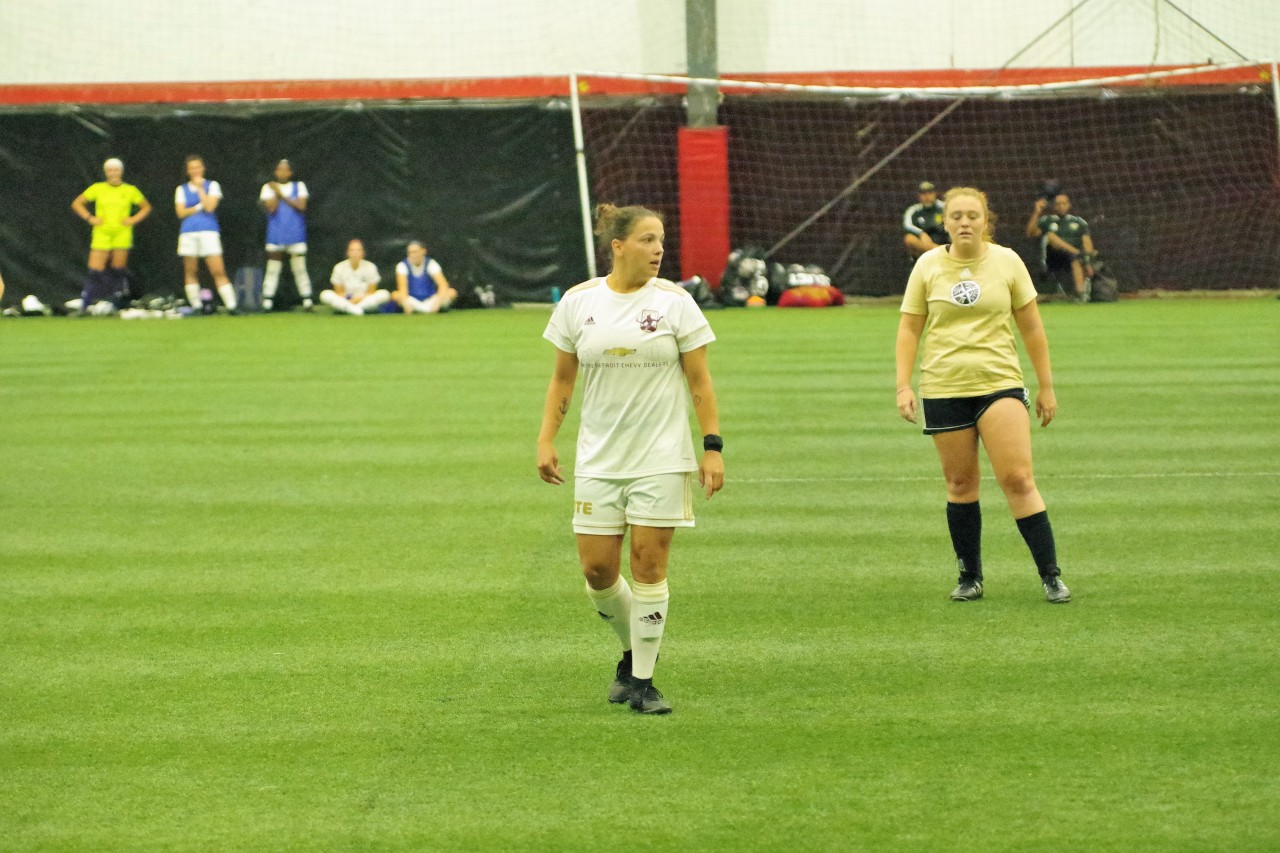 It was a tight first half, but then City took over in the second.  Caroline Fleming put City up 2-0. 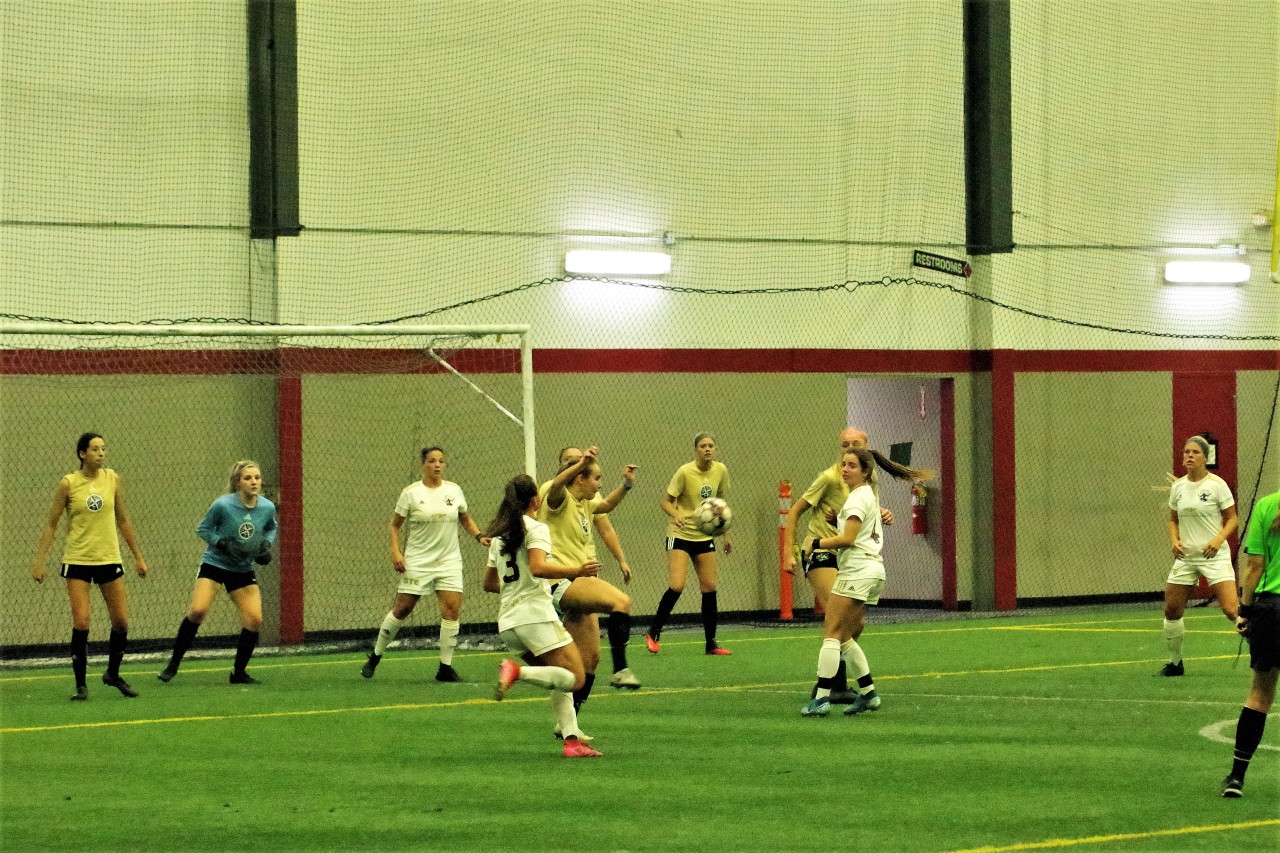 Katie Coleman scored the third goal of the match. 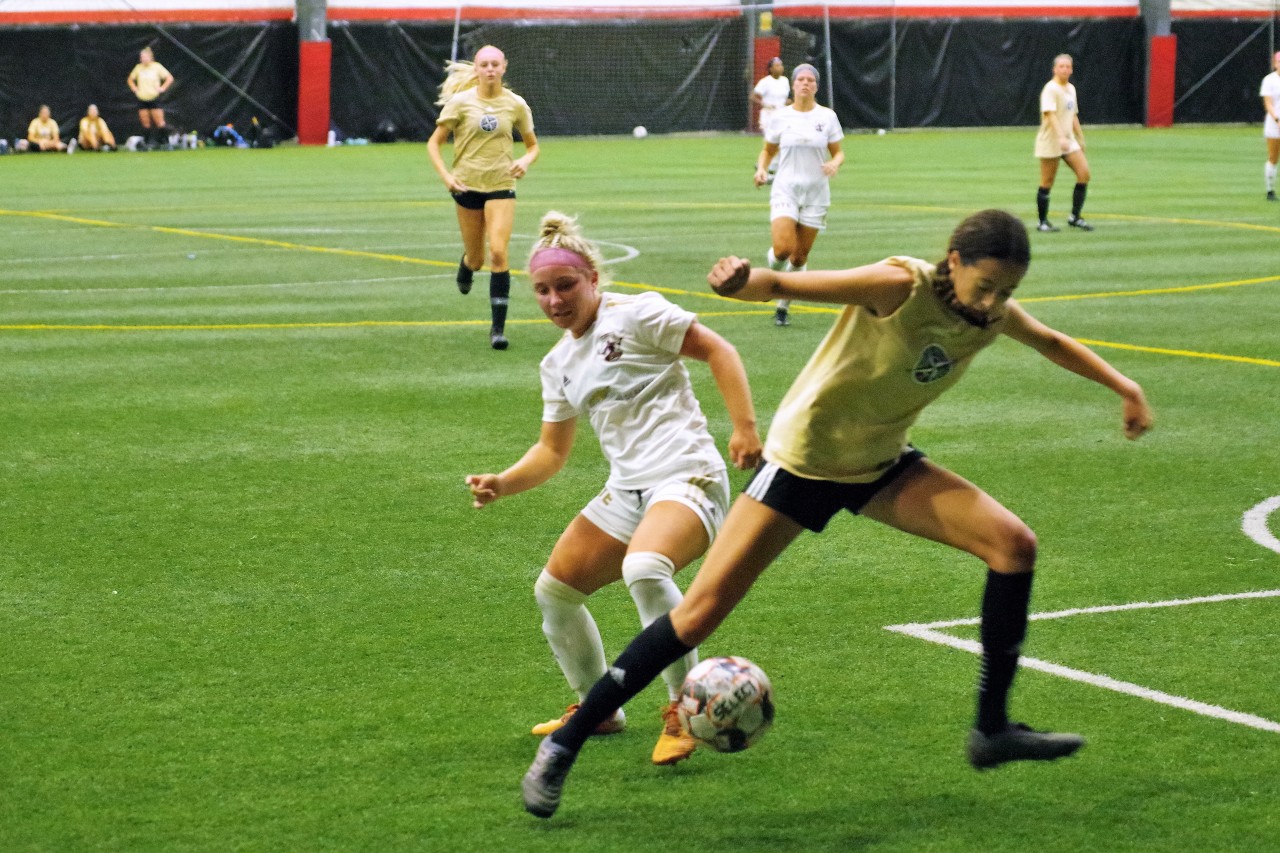 Like the U-23 match, when goalkeeper Sean Ellis entered the game as an outfield player after City took the late 1-0 lead, keeper Gabby Schriver was subbed into this match.  And everyone was thrilled when she scored City’s fourth goal. 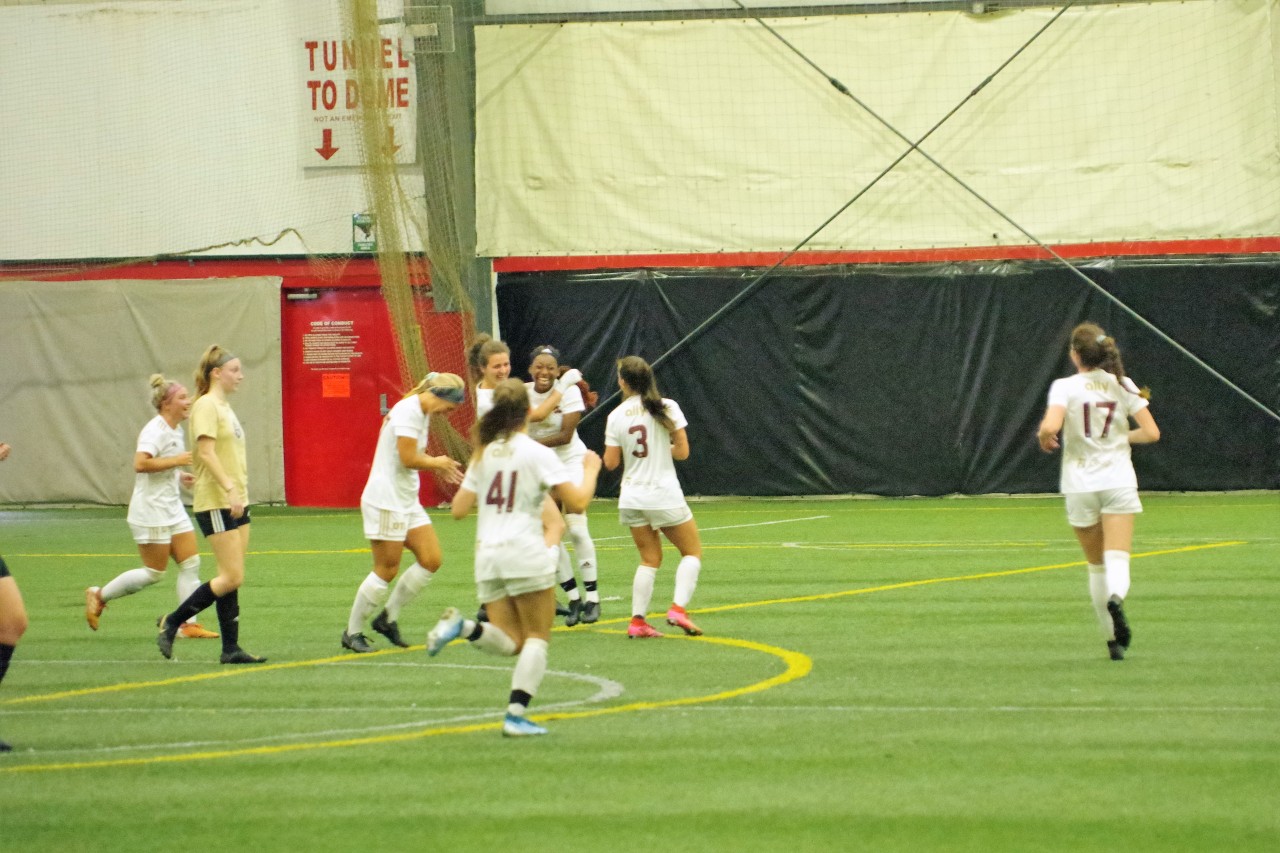 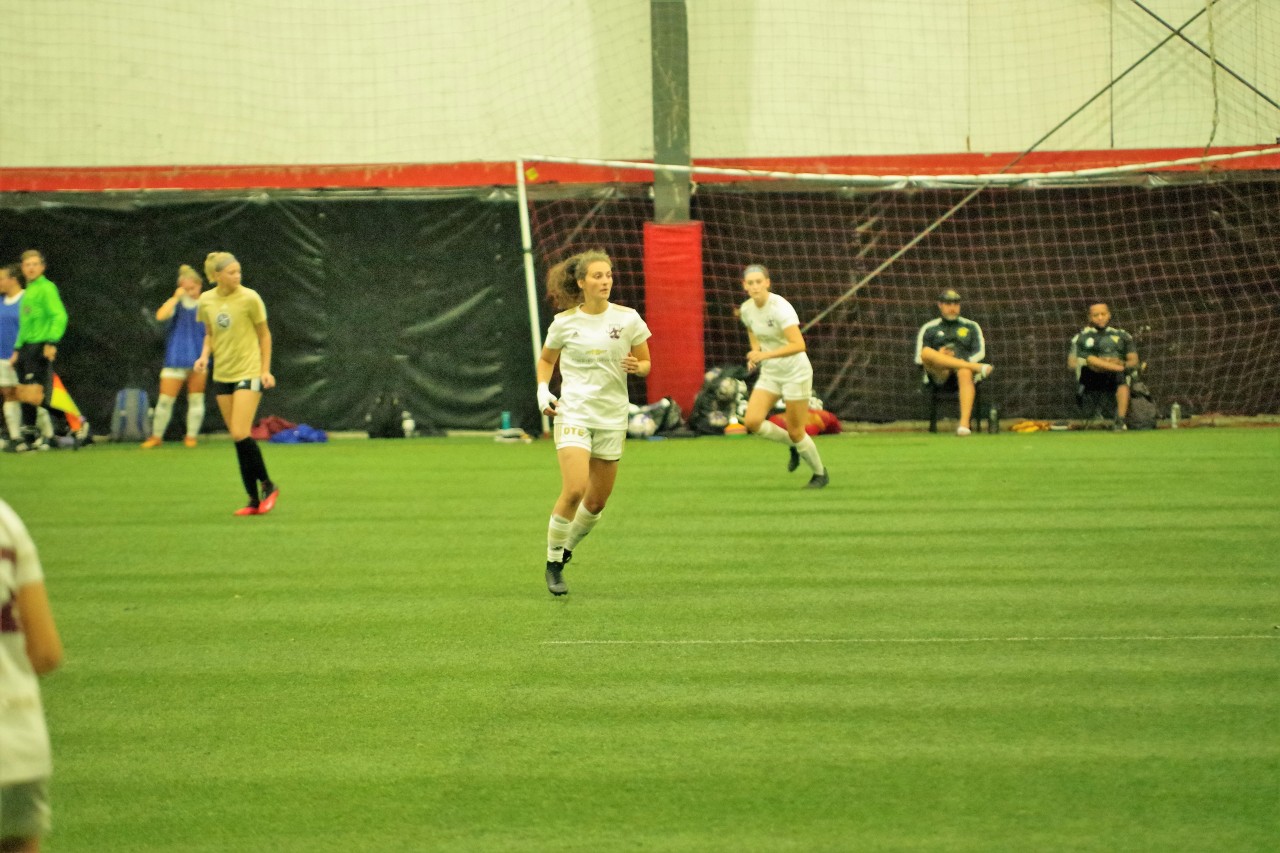 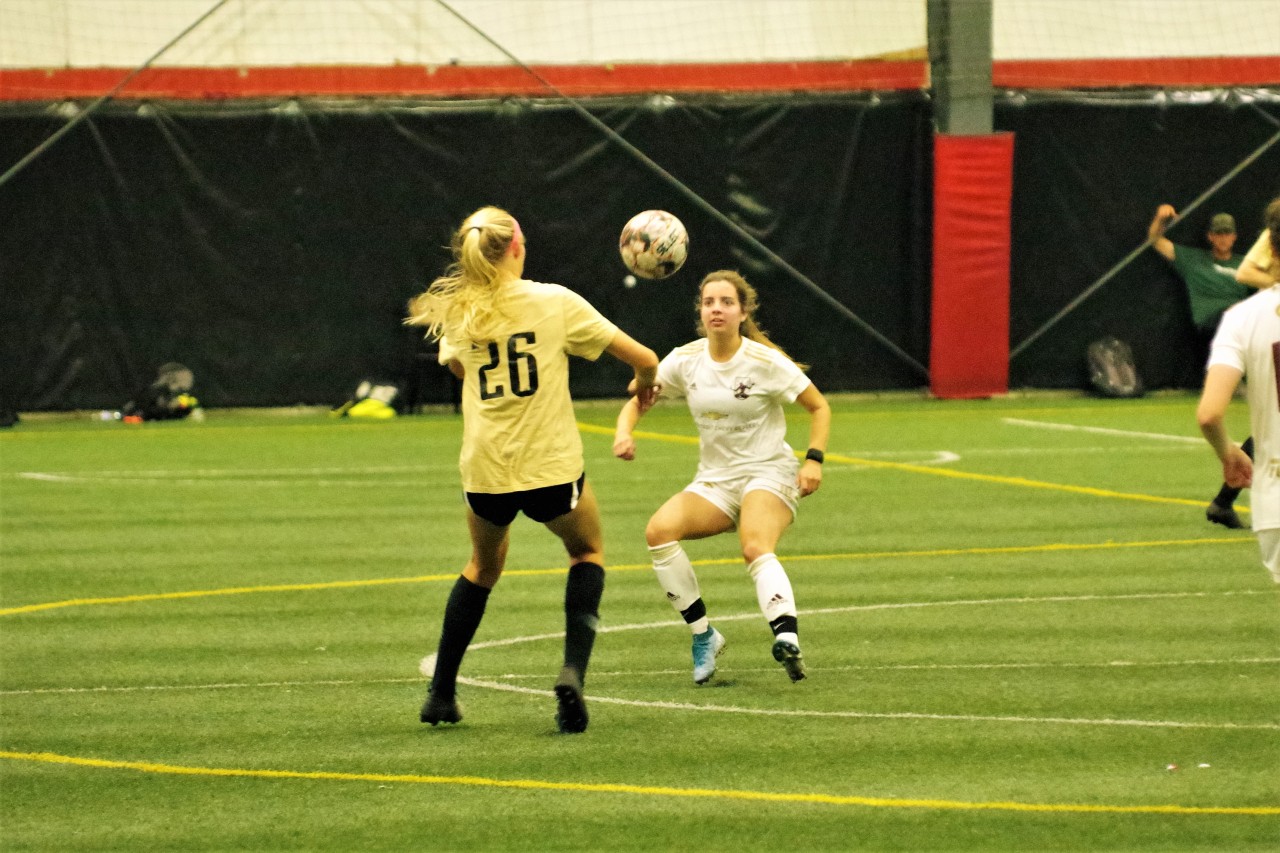 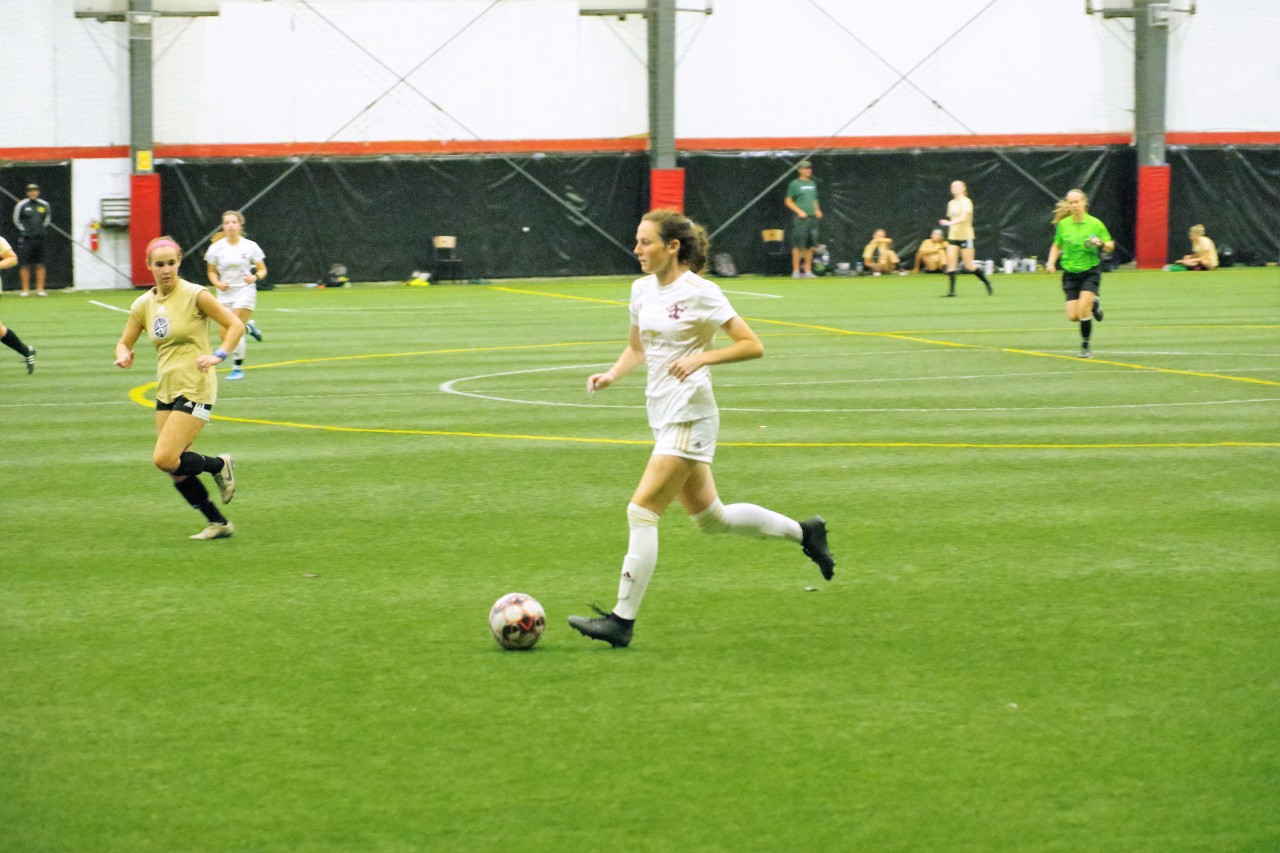 Allison Steglitz capped off strong performance with the final goal of the match and of the Women’s Reserve Team’s season. 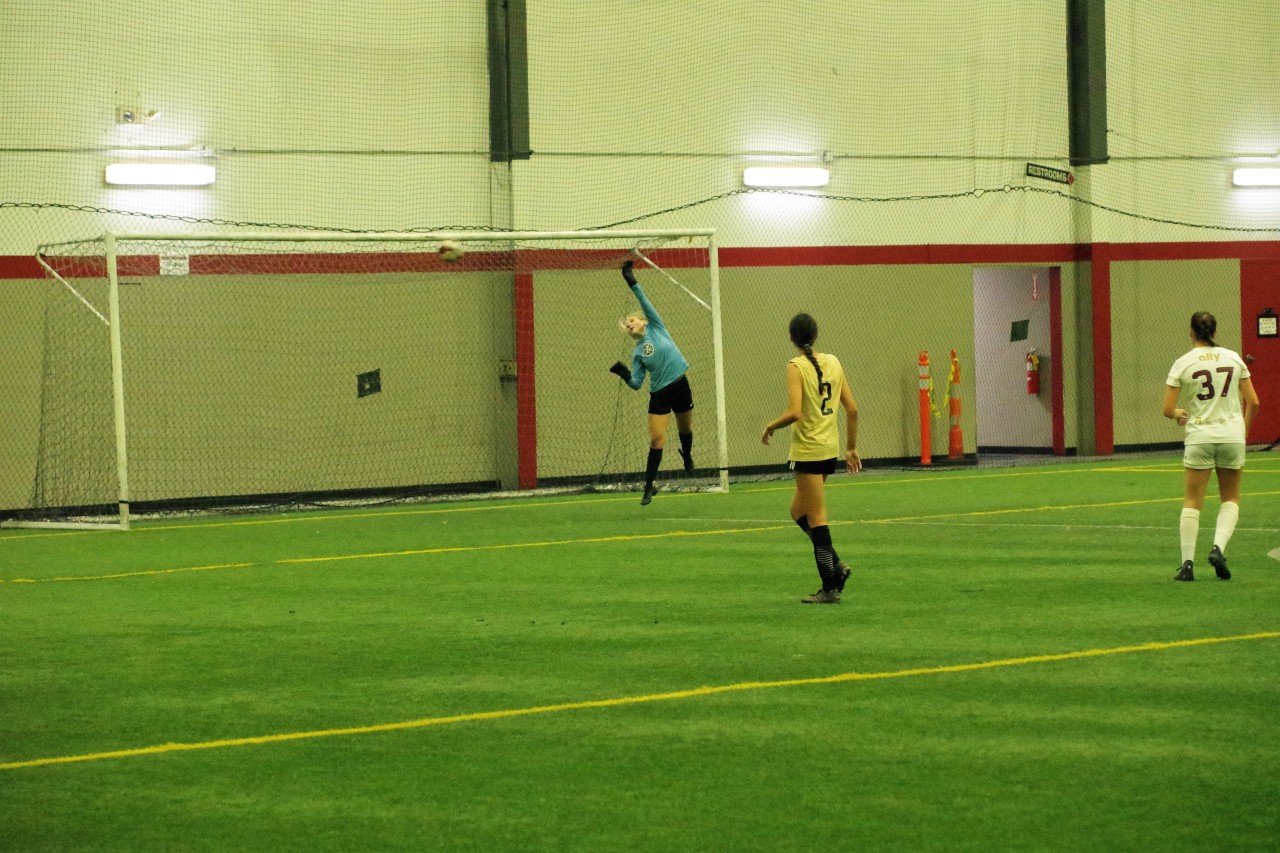 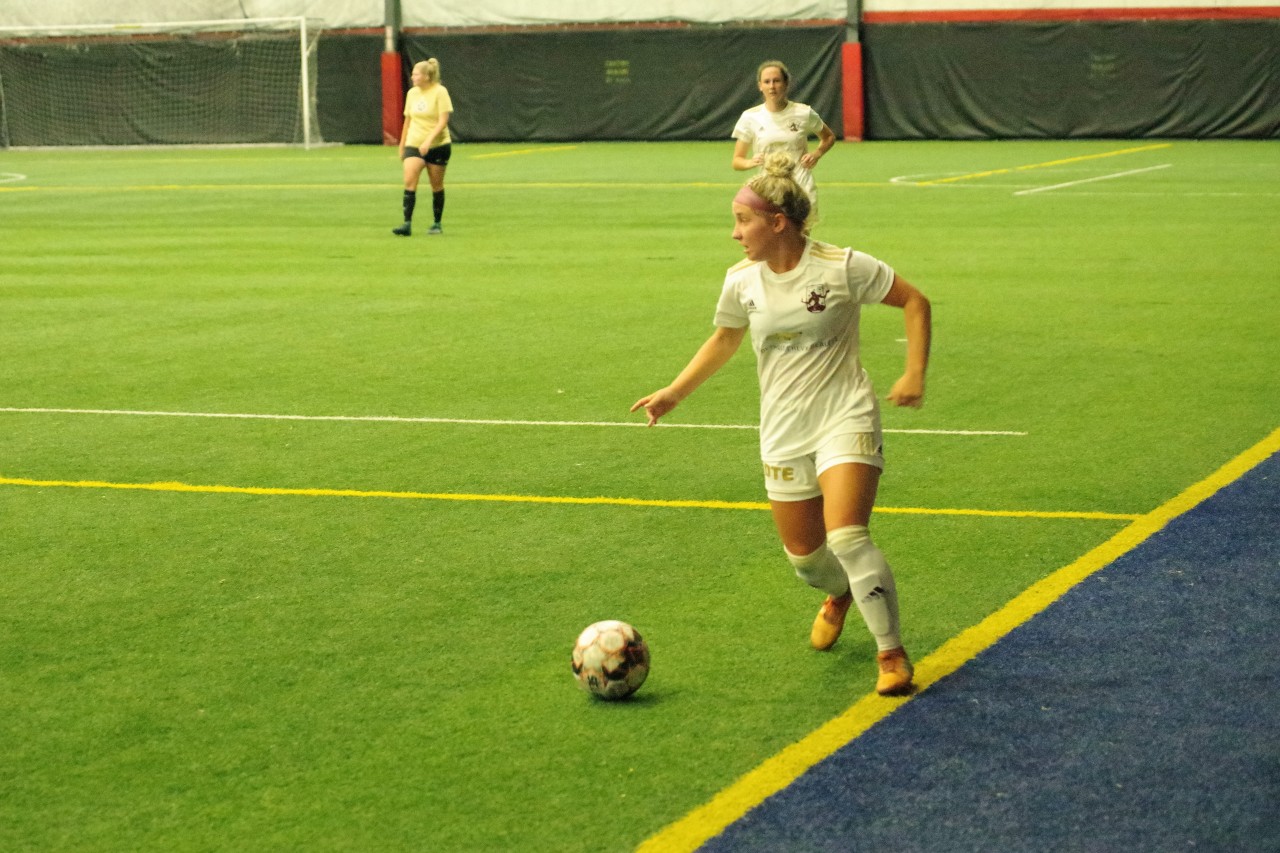 Player of the Match:  Allison Steglitz

The UWS2 team concluded the season with a 7 win, 1 draw, and 1 loss record, with the Thundercats SC postponement not yet decided.  Corktown AFC posted a 7 win, 2 draw, 0 loss record, and waited for a league decision regarding their match against Livonia City.  The match was hosted by Livonia City but postponed due to Corktown AFC.

On August 1st, Corktown announced that they were champions with an 8-win, 2-draw, undefeated season.

But the league made a different decision.  City’s match against Thundercats SC was deemed a forfeit by the Thundercats for they chose not to make-up the match.  And it was Corktown AFC that forfeited the Livonia City match, thus crowning Detroit City FC as UWS2 Great Lakes Conference champion.

Following and watching these women play this summer has been entertaining.  Their accomplishment were not given the pomp and circumstance as the other championships, due to the timing of UWS2’s decisions.  However they are true Detroit City FC champions.

Furthermore, individuals were recognized for their amazing season. 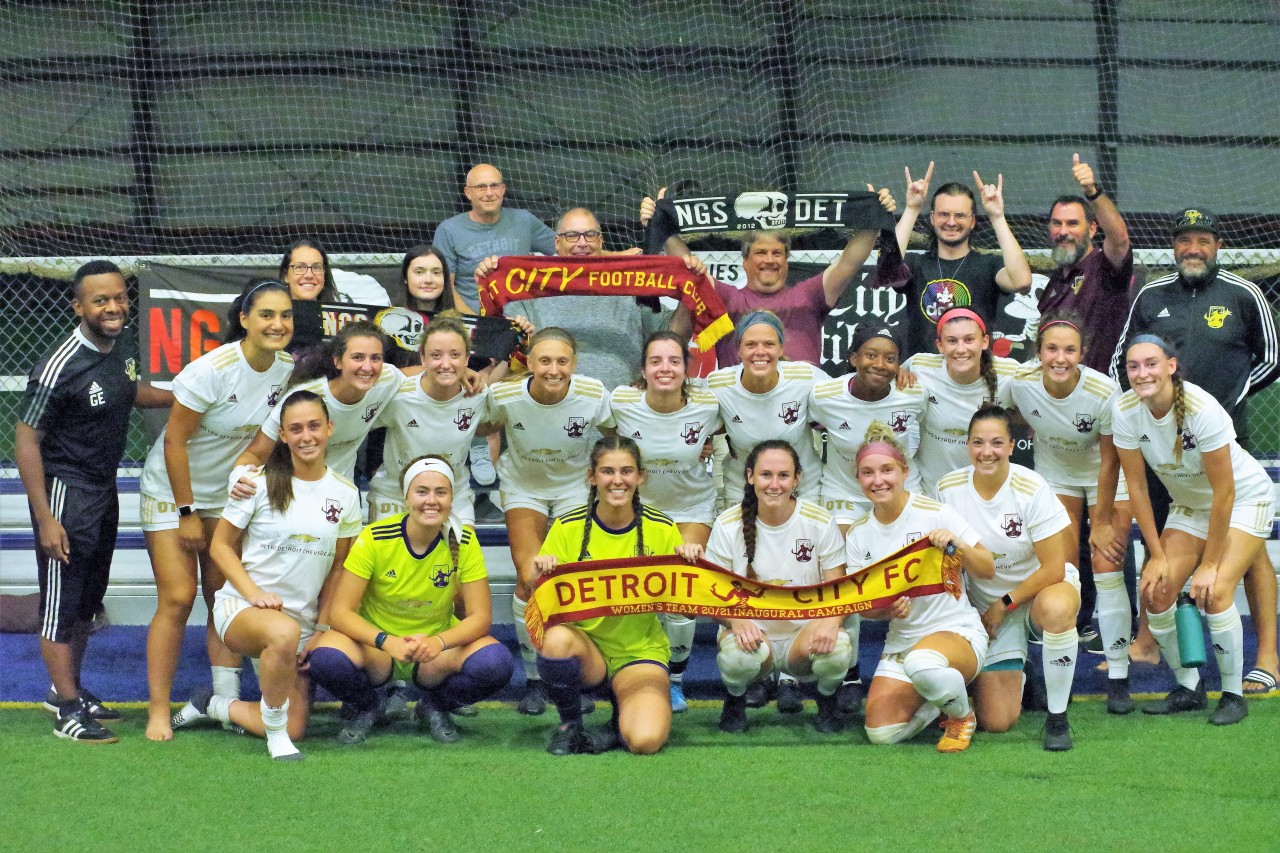 For those keeping score…