The season having come to a tragic end, there was one friendly left on the schedule.  Last year, this was the game I first ventured into the Northern Guard Supporters routine.  This year, it proved to be…different.  I’ll let Sgt. Scary explain:

We began with a silent march to the stadium.  No chanting.  No drumming.  No smoke.  The residents of the neighborhood were confused.  They asked us why we weren’t singing.  They wanted, and almost demanded the group to perform, as it had become something they looked forward to every DCFC match day.

We entered the parking area between the school and stadium, where the usual chant would be:

We don’t hear a fucking thing!

This evening we stood in silence.

Then we entered the stadium, where things became humorous and surreal.  The Supporters filled the west stands.  The chants and songs were altered.  As the teams waited in the tunnel on the opposite side of the field, the first chant to emerge was The Barney Song.  Then, instead of chanting “Come and Get It” as a taunt to the visiting team as they walked onto the field, we chanted “Thanks for Coming.”  It only got sillier from there.

When the ball came in to the Supporters section, the norm is to toss it back out on the field.  But this night, the ball would be tossed followed by a chorus of apologies (after all, we’re not supposed to throw anything on the field).

There was even a chant of “You’re the Greatest Ref, We’ve Ever Seen”

Then, at the 20 minute mark of the first half, the always standing, always chanting Supporters, in unison, sat in silence.  For ten minutes.  It was eerie.  You could hear the players shouting to each other.

At the end of the first half, the Supporters wanted to continue to make the statement of what a DCFC match would look like without them.  We picked up and moved to fill a section on the “family-friendly” east side, leaving the Supporters’ Section near empty.

When the second half begun, the usual nursery rhymes and generic sports chants continued.  At the 70th minute, DCFC captain Josh Rogers, spoke with the leaders of the Supporters, telling them to “get the fuck back to your side of the field” and make some noise.  They (the players) wanted the cheering and wanted to thank the Supporters for their support during the season at the conclusion of the game.  Sgt. Scary was going to wait until the 80th minute to march back, however a young woman’s voice from the section shouted, “Back to normal!” and the Supporters created a mass exodus from the family friendly side, chanting and singing all the way back to the west bleachers.

The evening ended with the usual smoke, cheers, and Detroit City FC victory.

Photos from the match 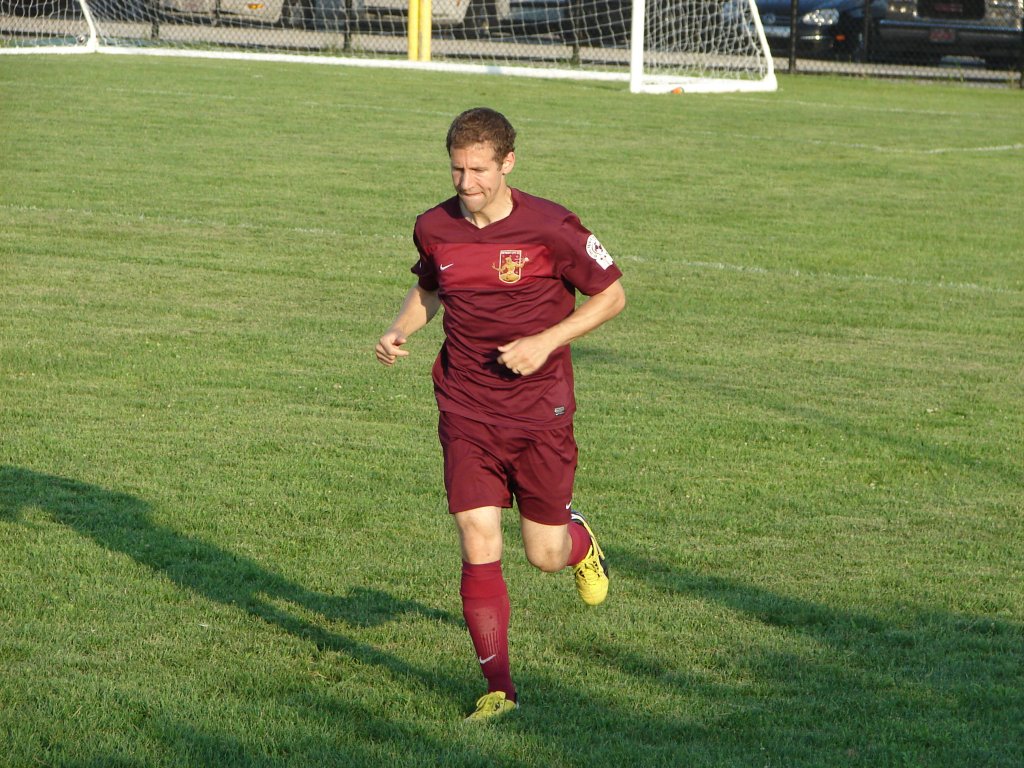 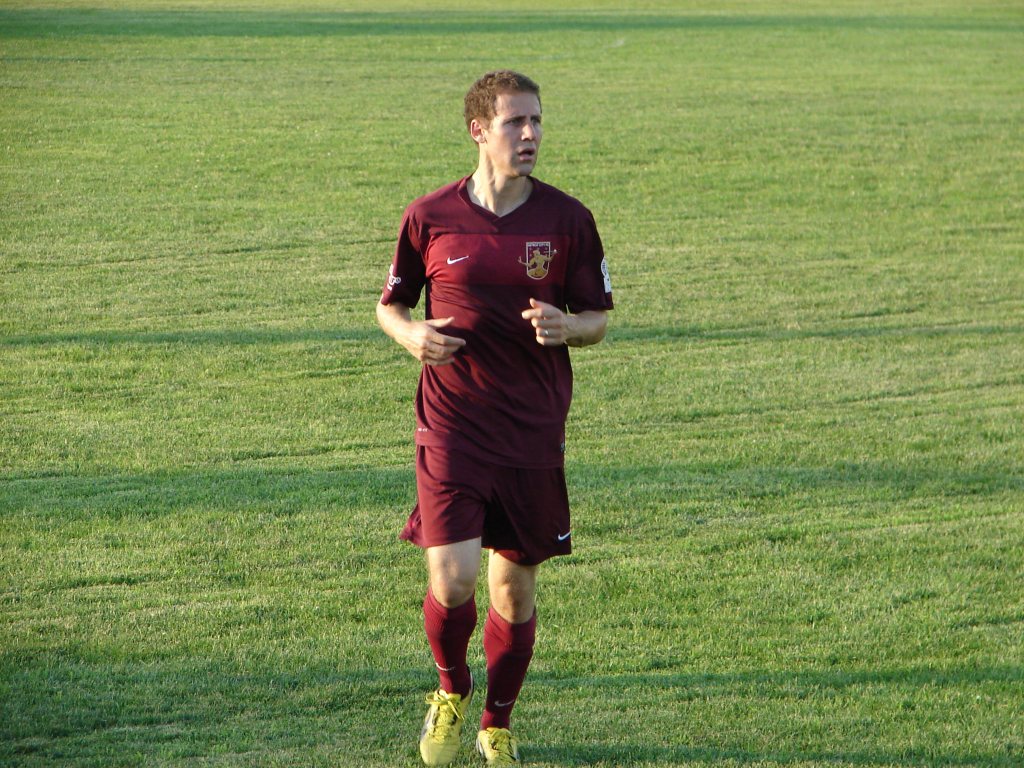 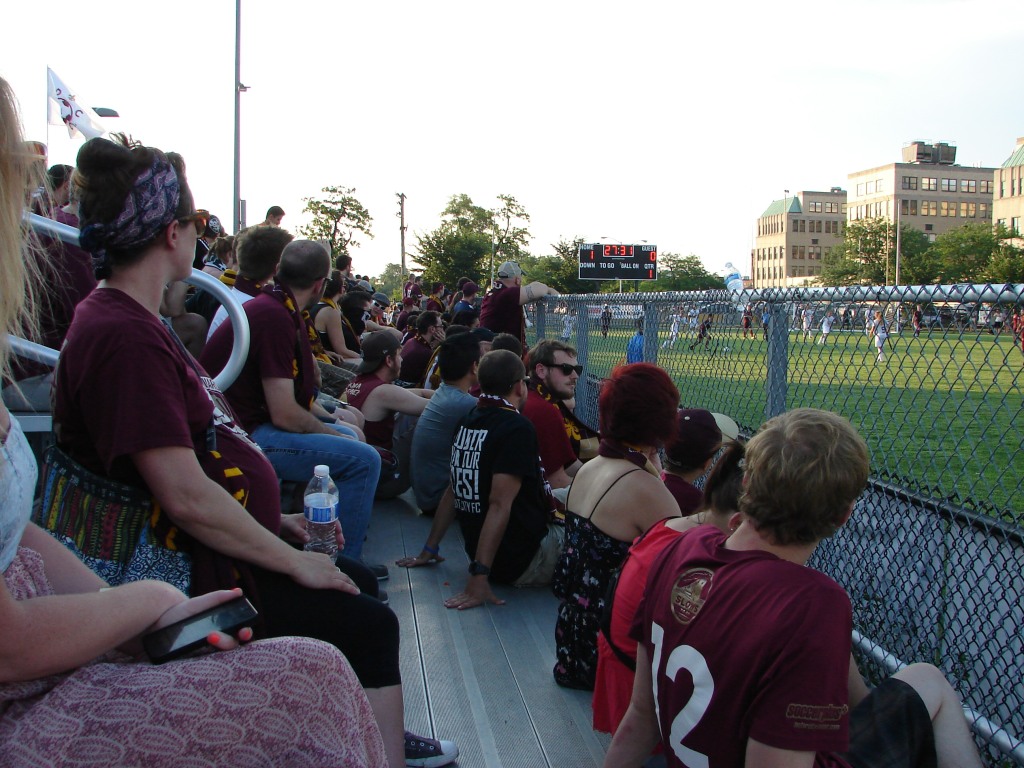 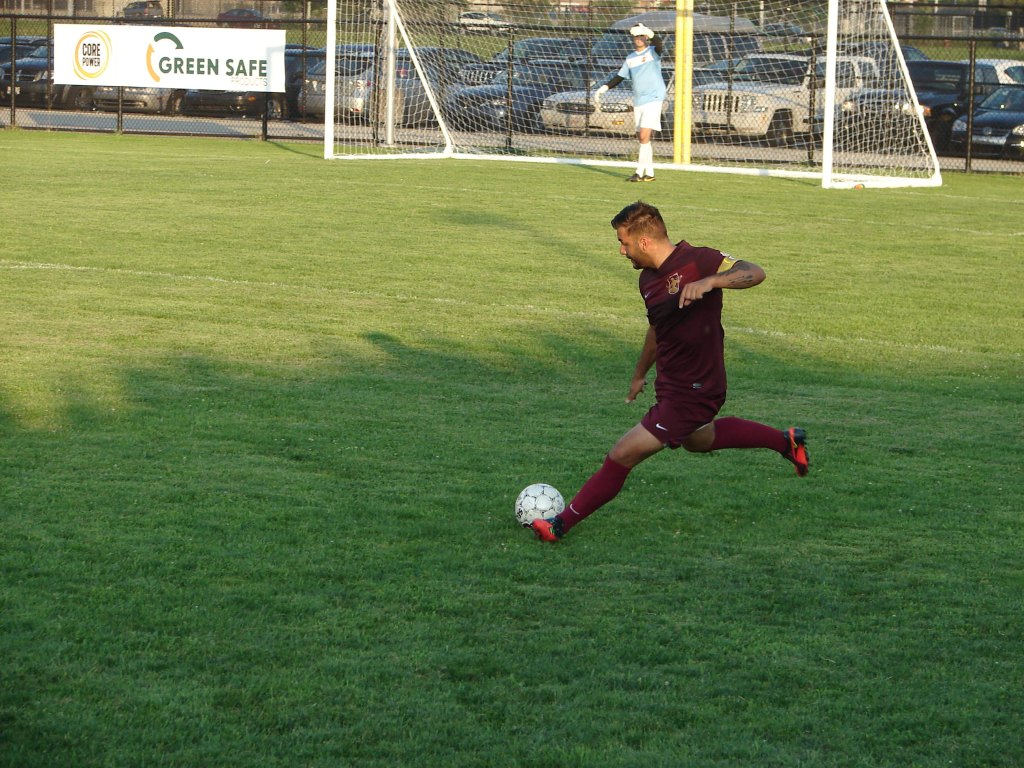 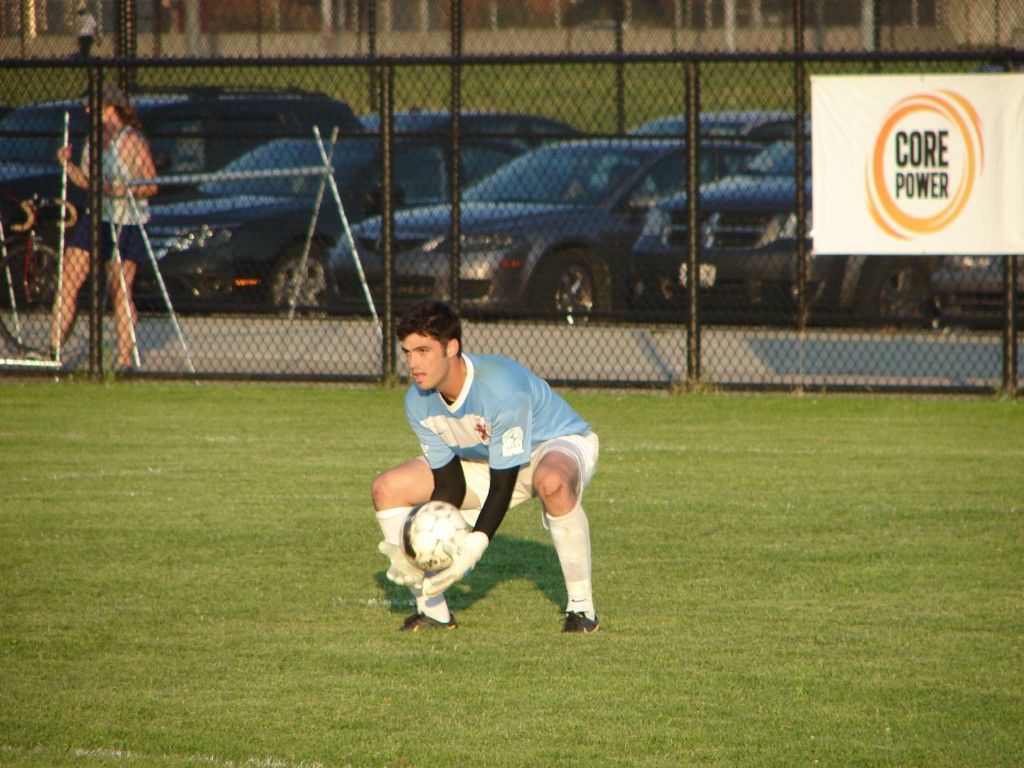 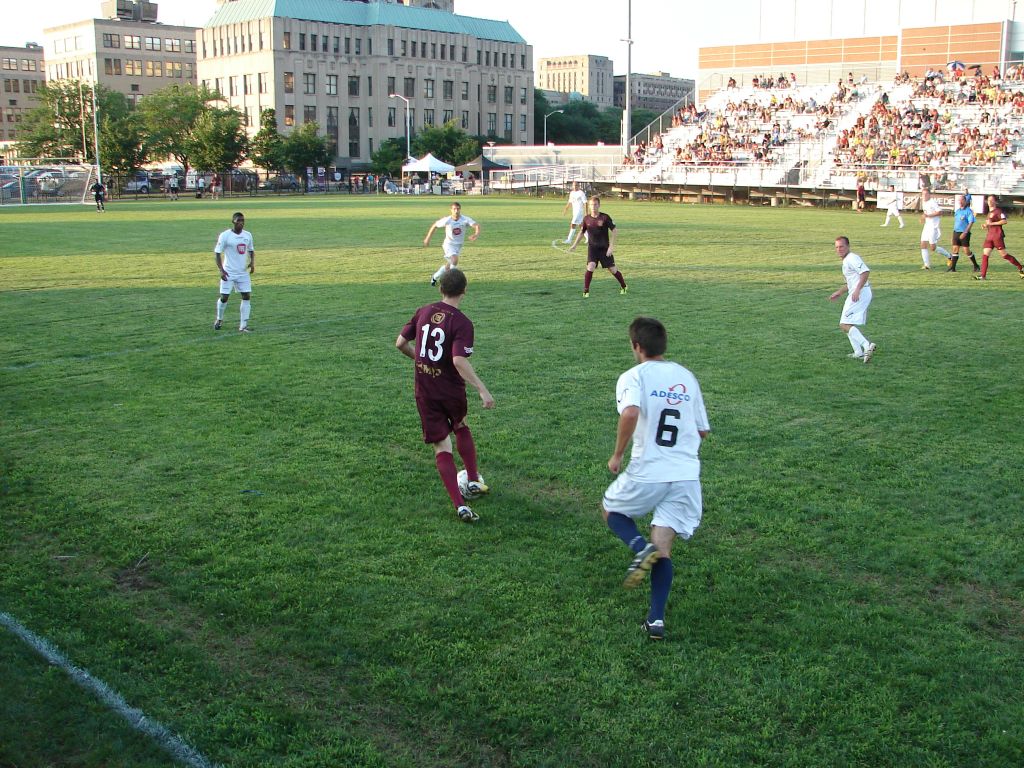 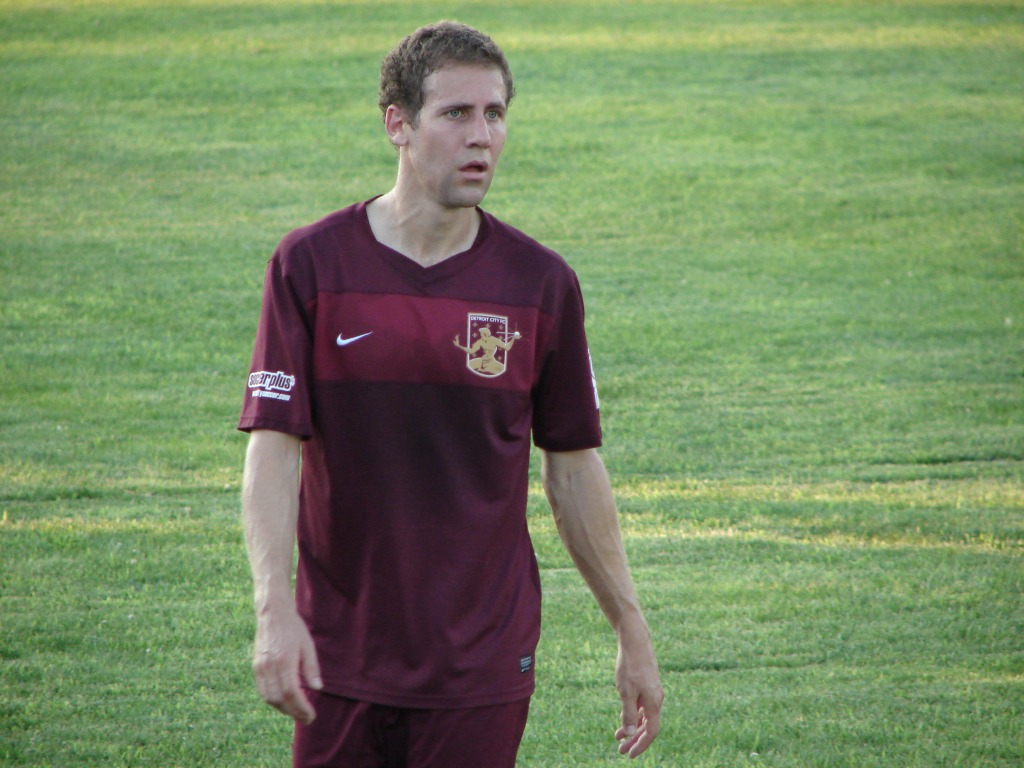 The winner of the Black Arrow Award, presented to the team’s MVP, was Zach Myers.  As he mounted the bike he was given, the Supporters stayed true to the family-friendly nature of the evening, chanting “Where’s your helmet?” 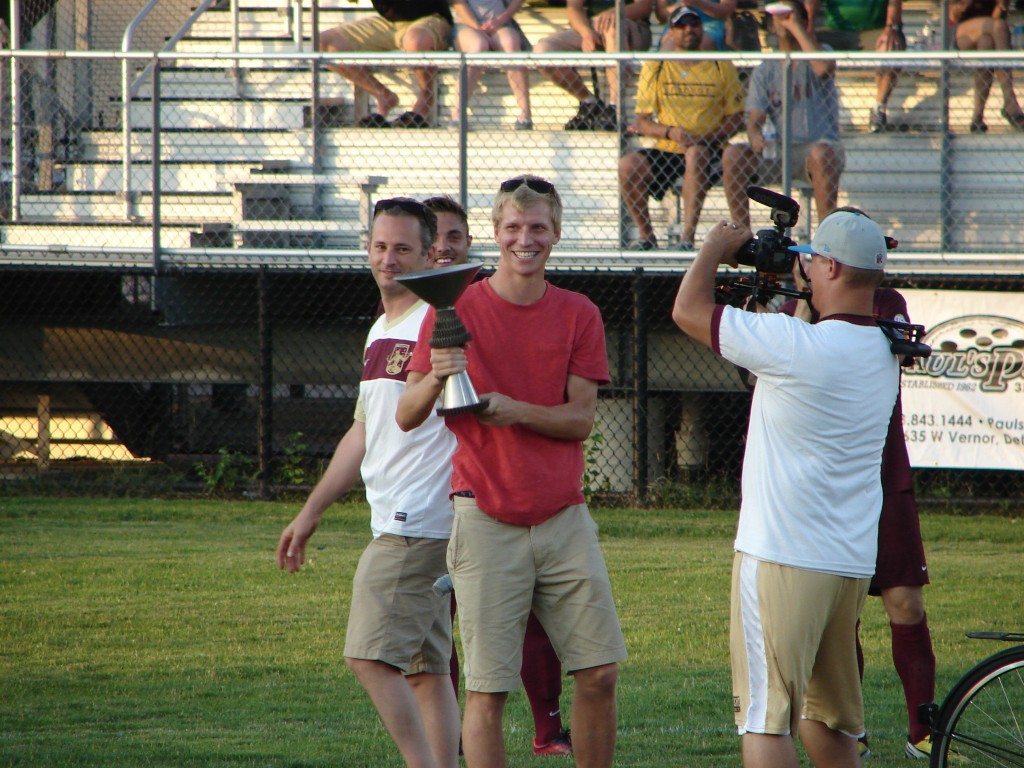 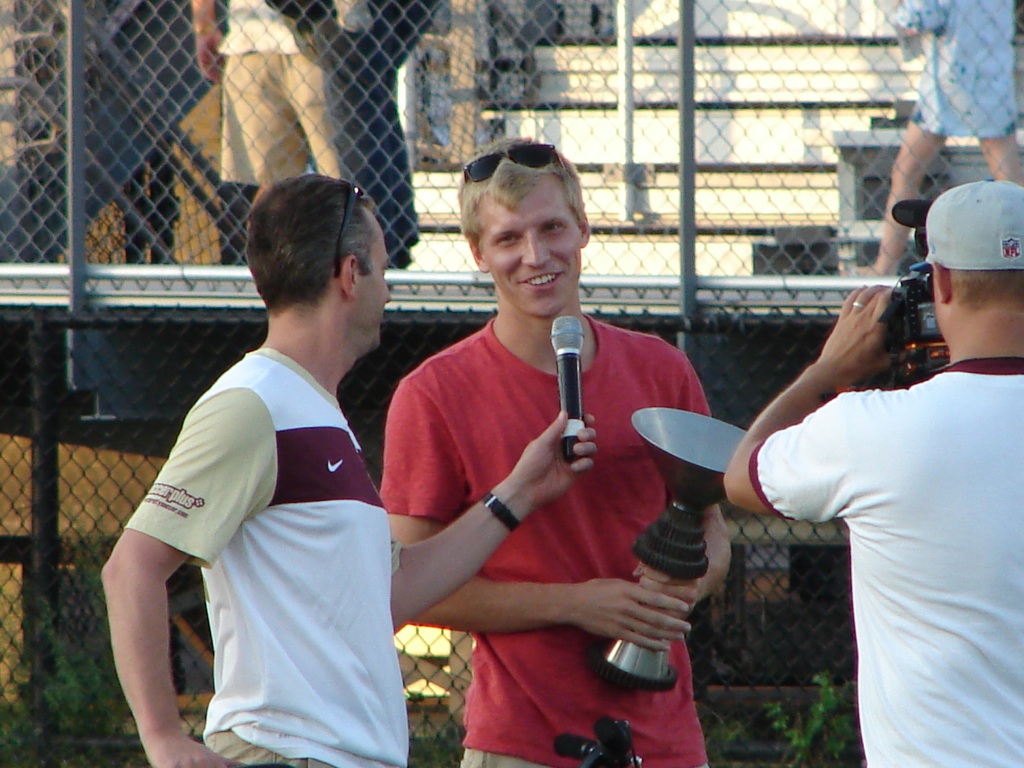 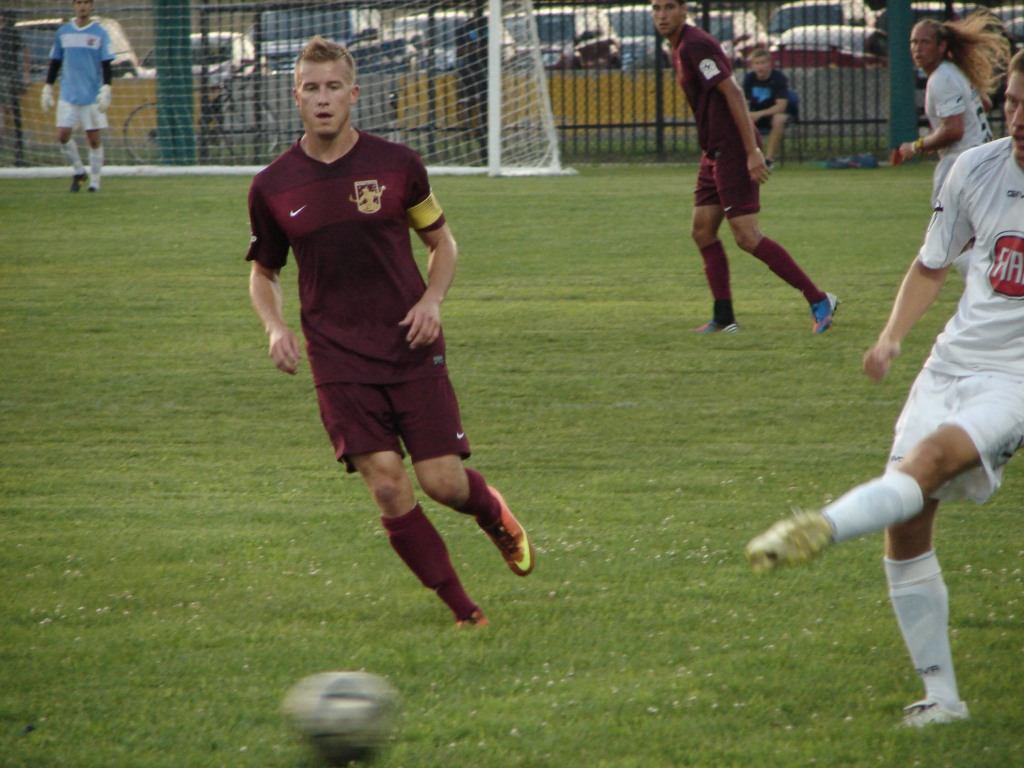 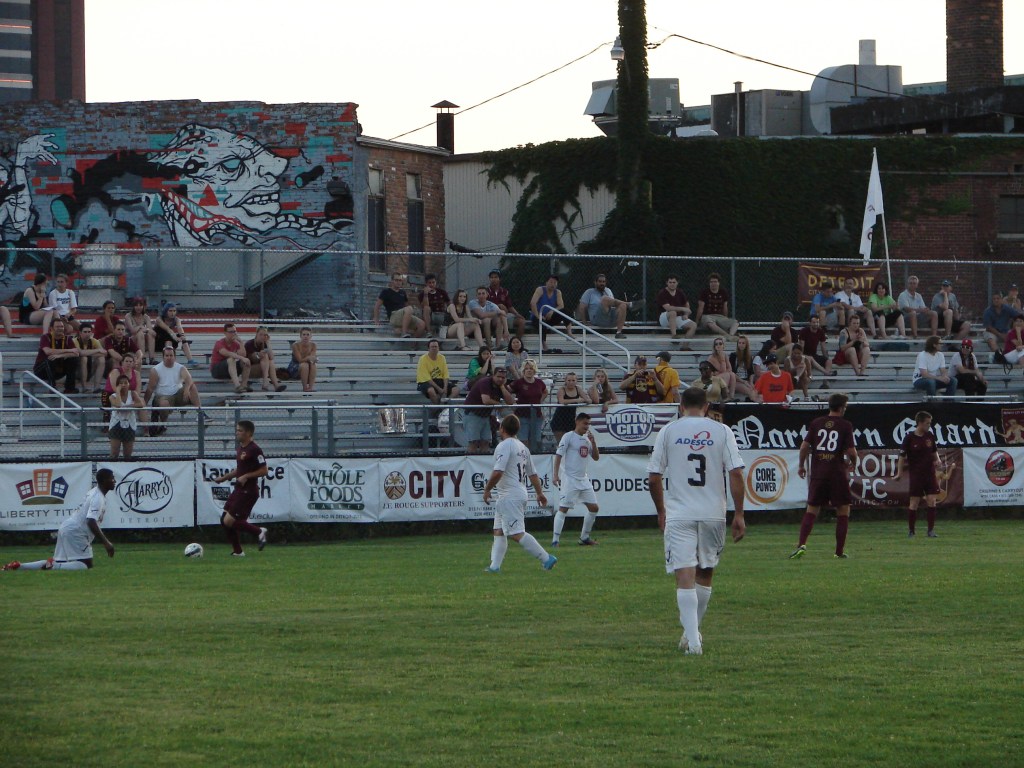 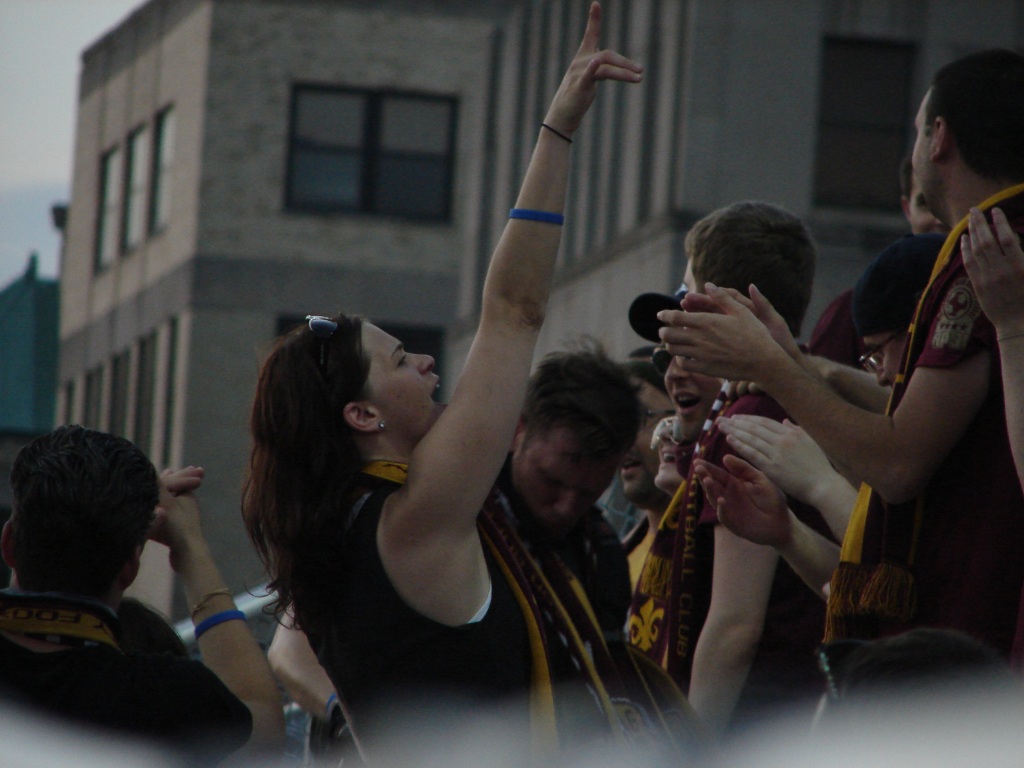 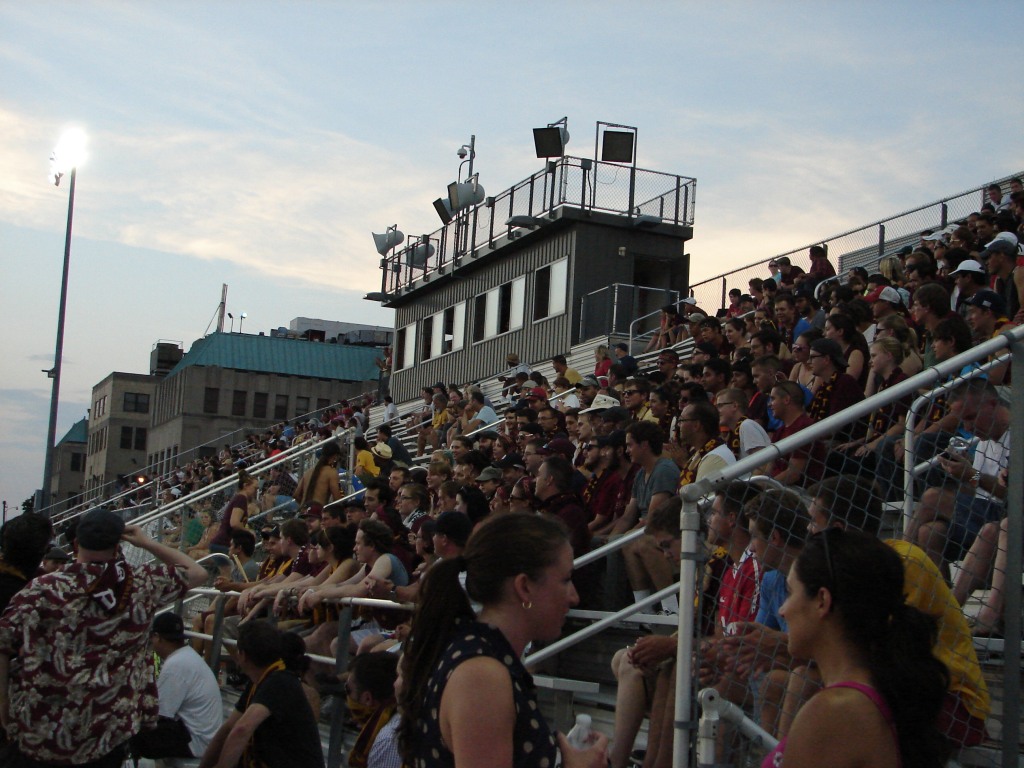 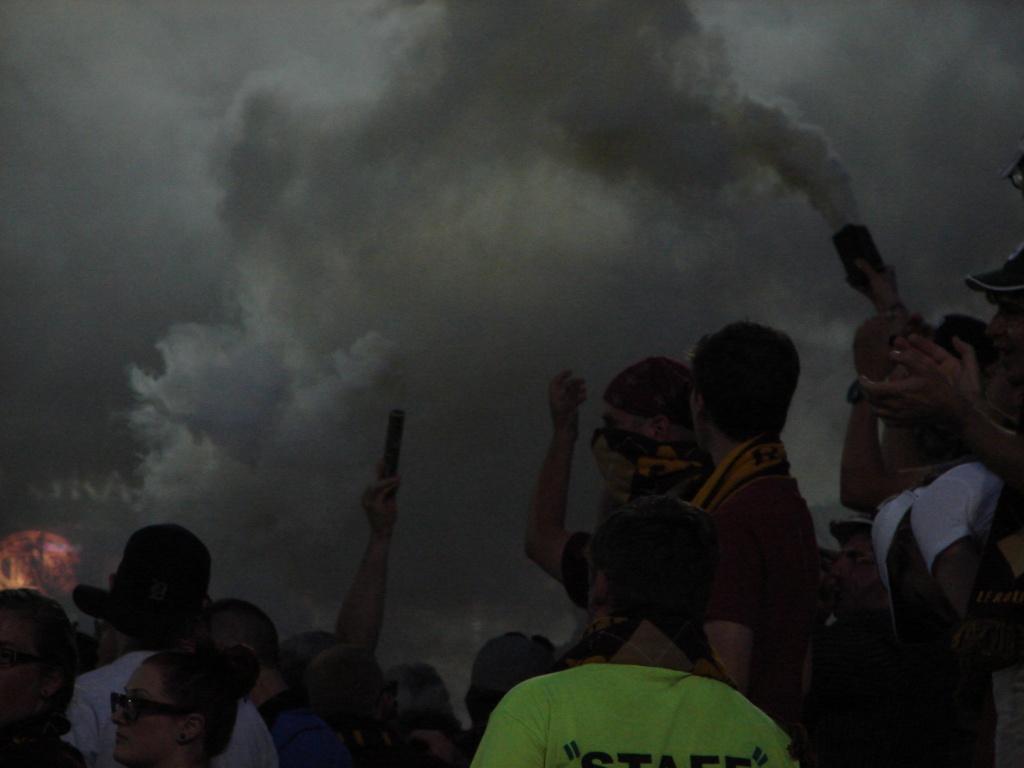 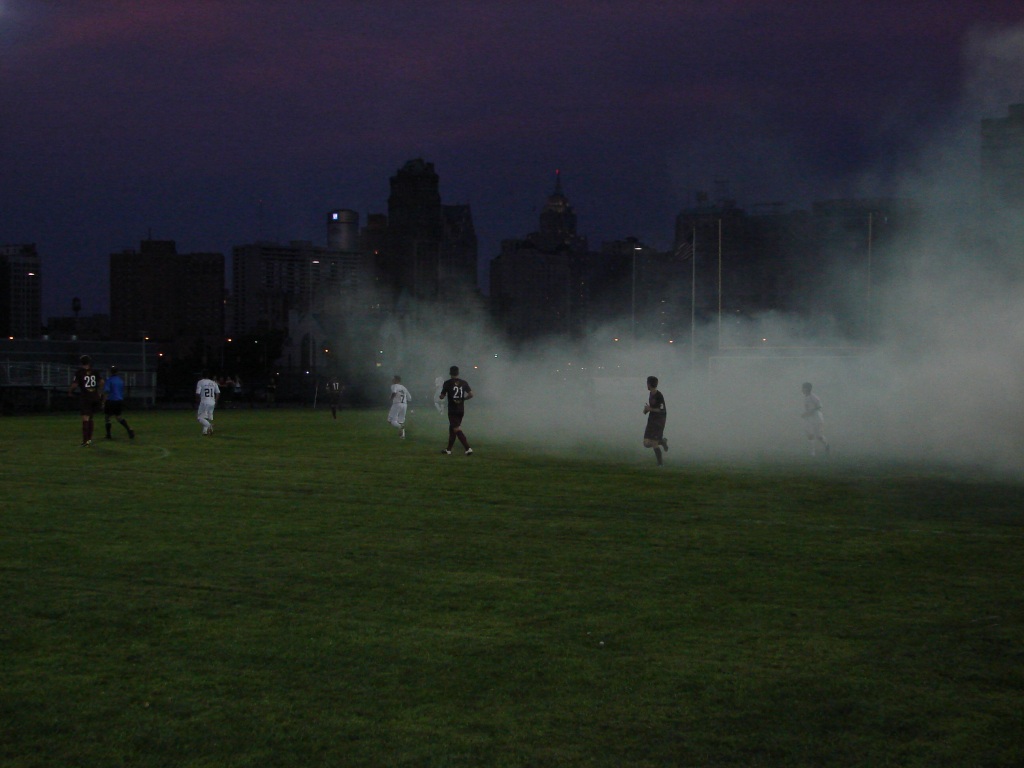