The Michigan Bucks are in the Premier Development League (PDL) for their 20th season.  On the pitch, they’ve had their successes which include 17 playoff appearances, 3 regular season titles, 4 PDL final appearances, and 2 PDL Championships.  They’ve also defeated Major League Soccer teams in US Open Cup competition.  In 2000, as the Mid-Michigan Bucks, they defeated the New England Revolution by a score of 1-0.  Then, in 2012, they earned a victory against the Chicago Fire by a score of 3-2. 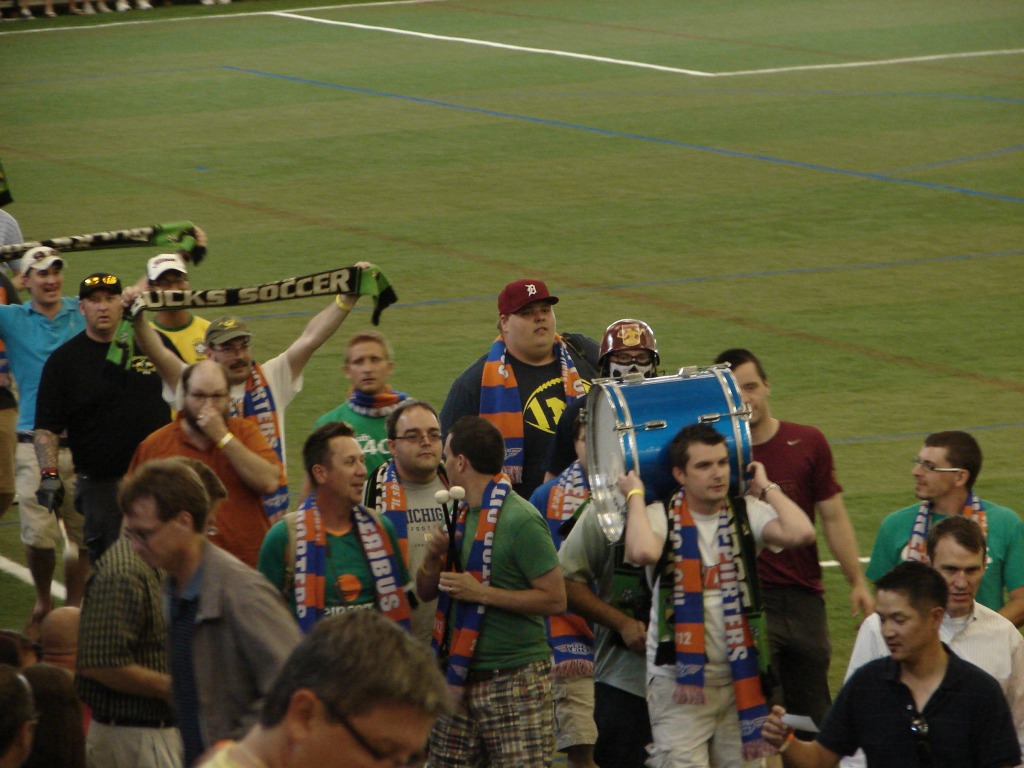 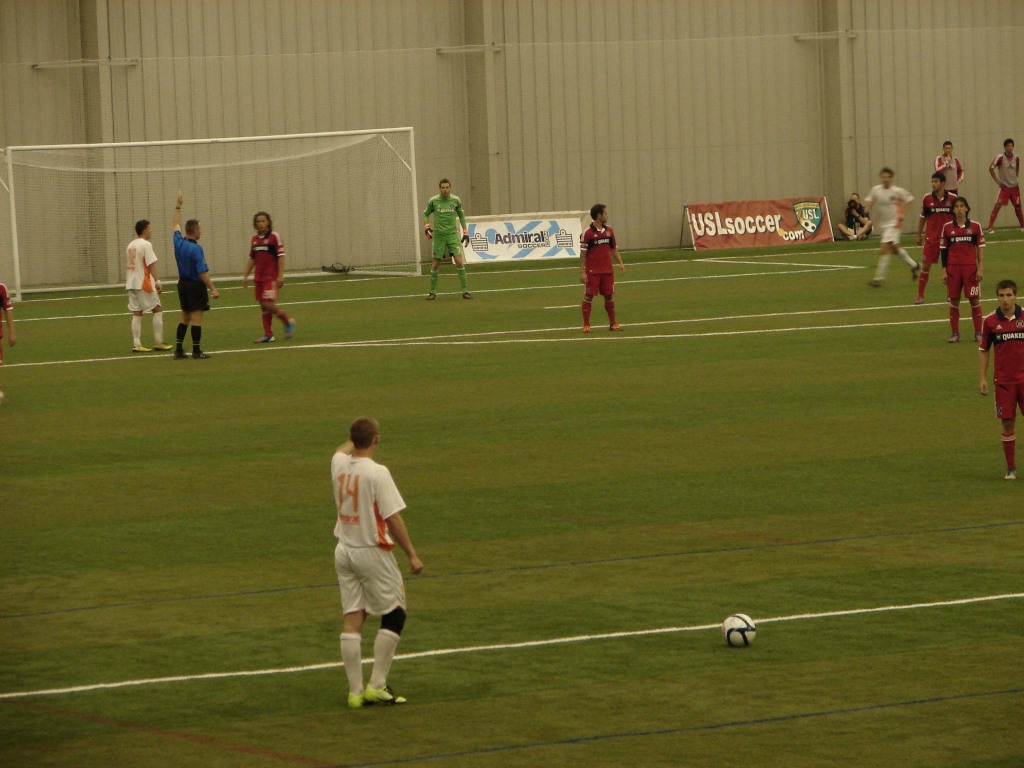 The first season of Detroit City FC was 2012, and I went to seven Michigan Bucks’ games, including the win against the Fire, that season.  Though the Bucks may claim a long history of developing players, they’ve done zilch in developing a fan base or supporter culture.  They play their home games within a tin can, and with so few fans (the US Open Cup match an exception to the rule of the handfuls of attendees at the other matches), there is no atmosphere.  Needless to say, I became a DCFC season ticket holder in 2013, and this was my first match back in the hangar since 2012.

Going into the match, I felt this was a no-lose situation, though I so deeply wanted to see Le Rouge advance to the next round.  The Bucks had the years and performed well in a league higher than us.  They were expected to win.  A City victory, however, would be an upset like the 2012 Bucks win over the Chicago Fire.

And of course, there is the hatred.

The Bucks owner has been hoping to bring a Major League Soccer club to Detroit for years.  His brother, Mike Duggan, was elected as Mayor of the City of Detroit in November, 2013.  Where Duggan might have the two-decade experience, the money, and now a little clout in Detroit’s political leadership to secure land for a soccer-specific stadium, he lacks supporters.  As Northern Guard Supporter Nick Kendell told Detroit News reporter, Terry Foster, “I don’t care what league we play in, we are not going to a Duggan-supported game. This is a real team with real supporters who are the heart and soul of the city. “

Because the lighting inside this inflated mobile home is terrible, there are few photos, offset by more video. 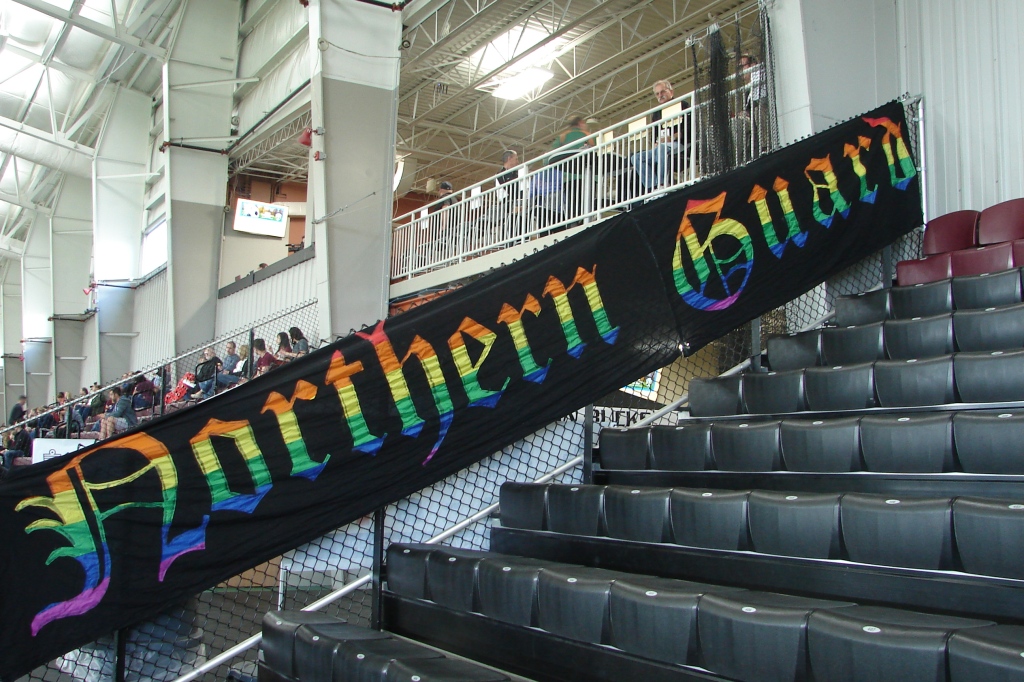 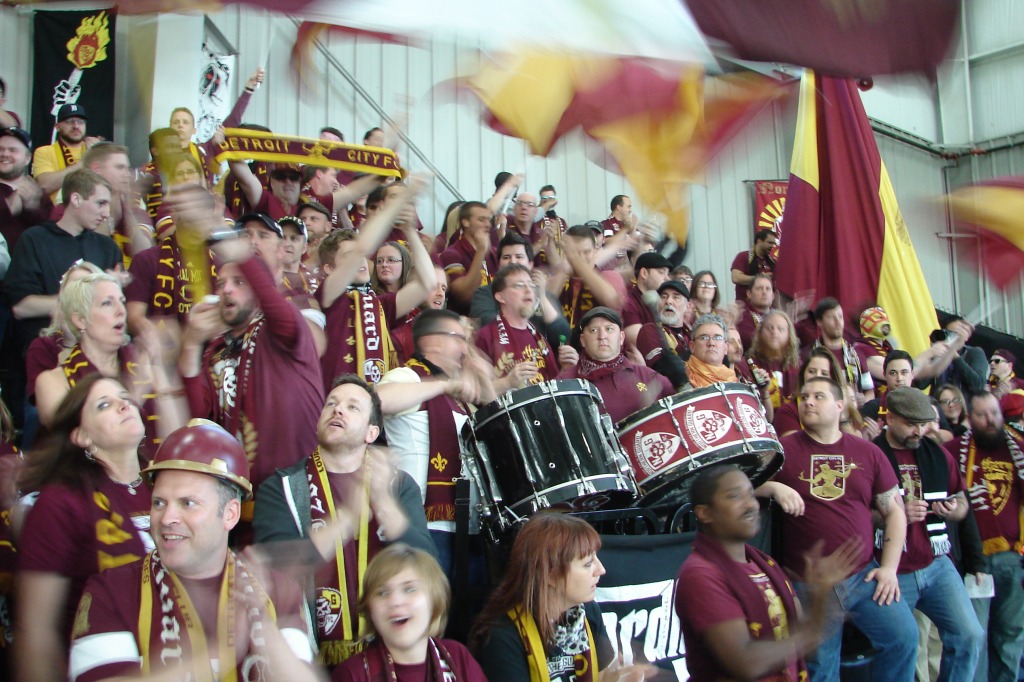 Giving up two goals in the first ten minutes, and a third by the half hour mark, put the match pretty much out of reach for Le Rouge.  However, this video is at the conclusion of the game.  Do these fans look like their team lost 3-0?  It is because we are not fans.  We are SUPPORTERS!

City Til I Die!