Attendance: somewhere between 30 and 40.

COVID-19 sucks.  The pandemic caused America to shut down in March to curb the spread of the virus due to the unpreparedness and denial of President Trump.  This included sports leagues being forced to suspend or completely cancel seasons.  United Women’s Soccer (UWS) cancelled the 2020 season on June 9th.  With a slow wave of business openings in July, the sports world began to restart their seasons, playing in empty stadiums.  To salvage some playing opportunity for the women of the UWS, teams put together regional competitions.  Midwest United hosted three matches; vs Corktown AFC, Livonia City FC, and Detroit City FC.

A small gathering of about 30-40 spectators (with myself and maybe five others wearing masks), the environment lacked the noise and engagement that the Northern Guard bring.  So this made for a very weird Detroit City FC environment.  Especially since our Rouge Rovers would have outnumbered them – much like our trips to FC Indiana (minus the corn field). 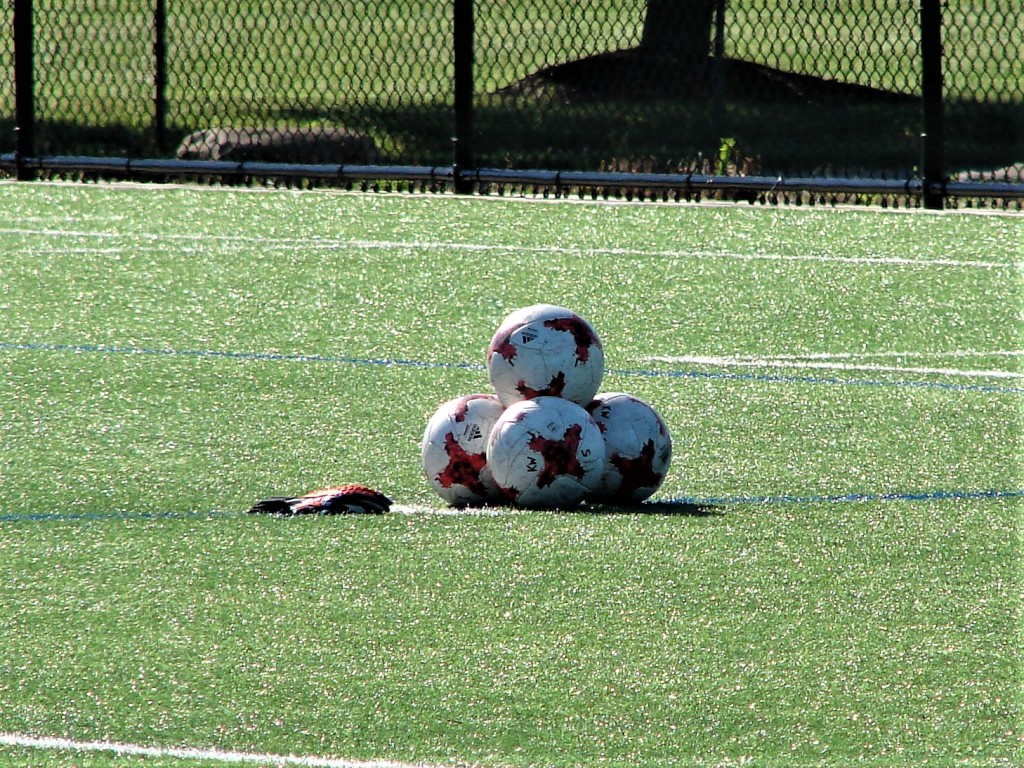 The starting eleven for City were: 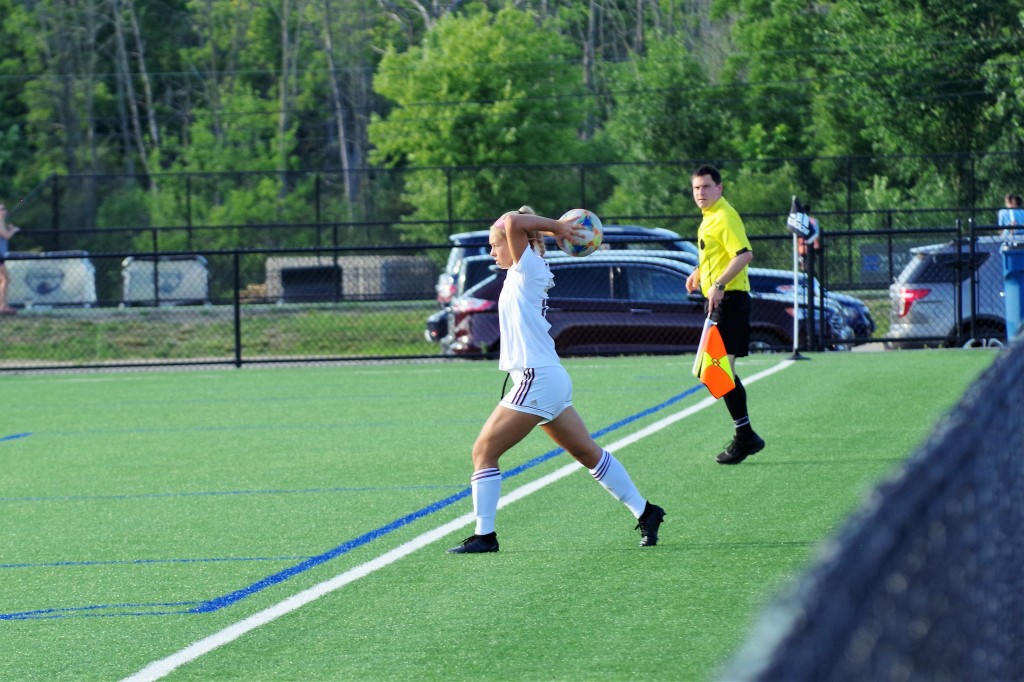 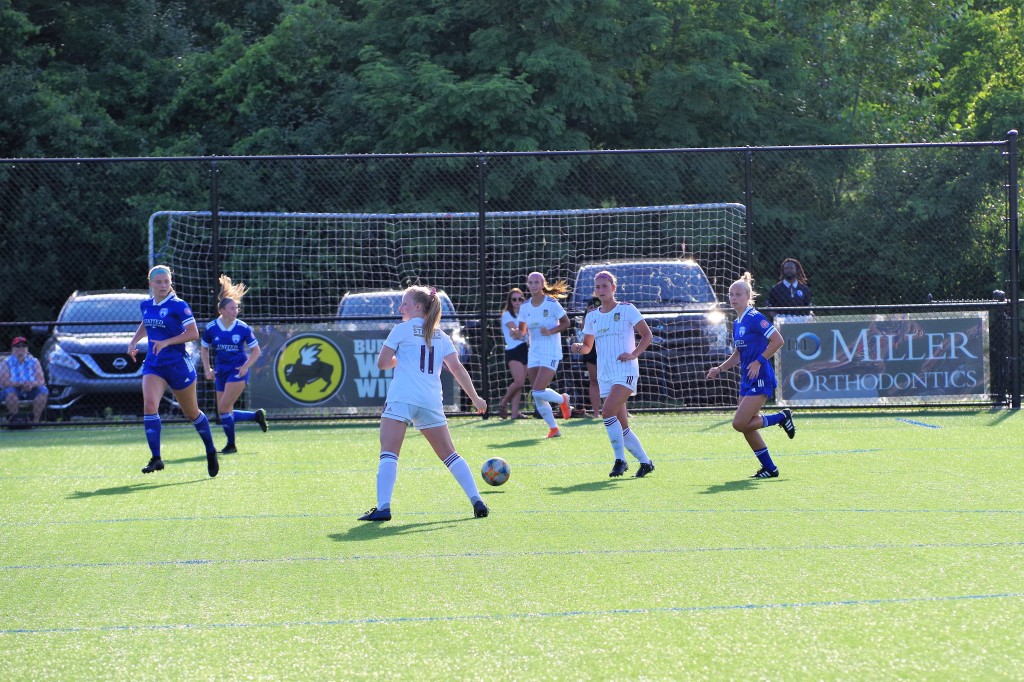 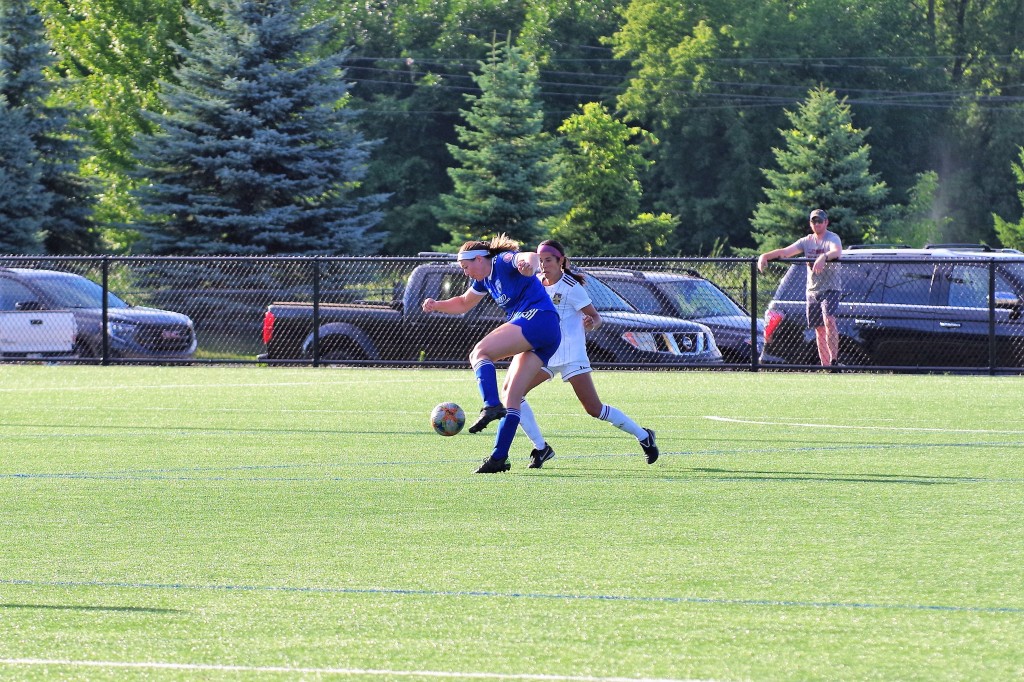 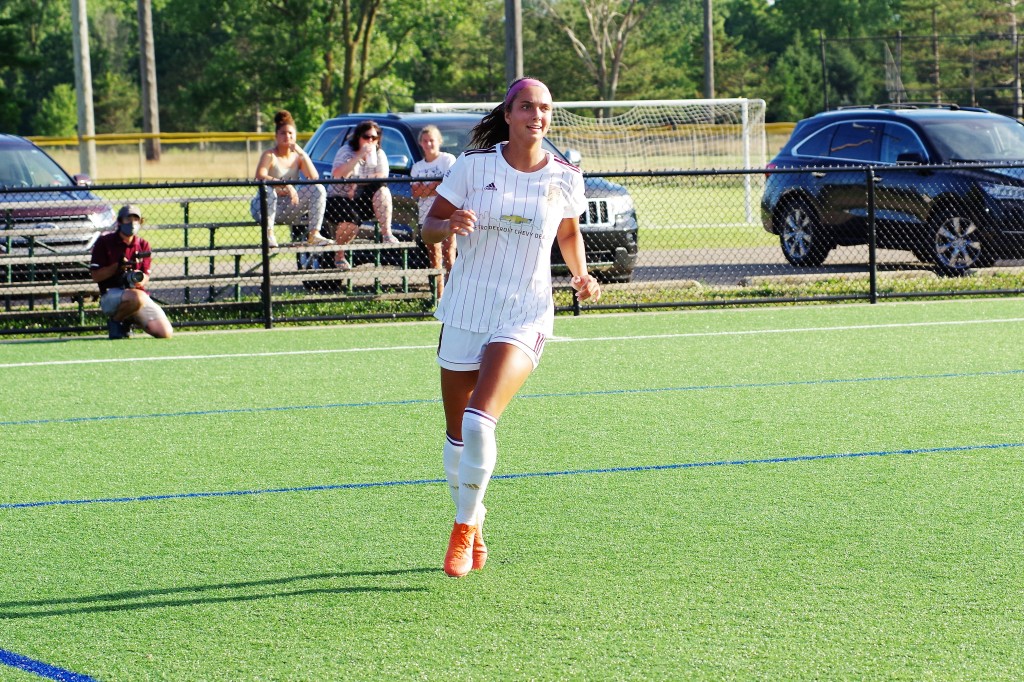 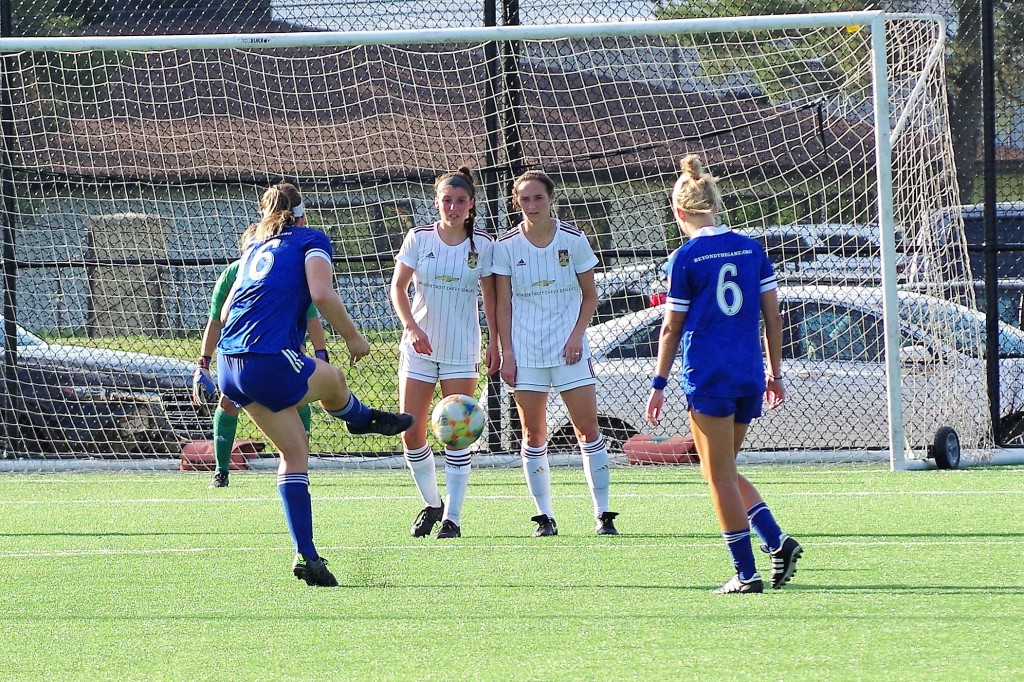 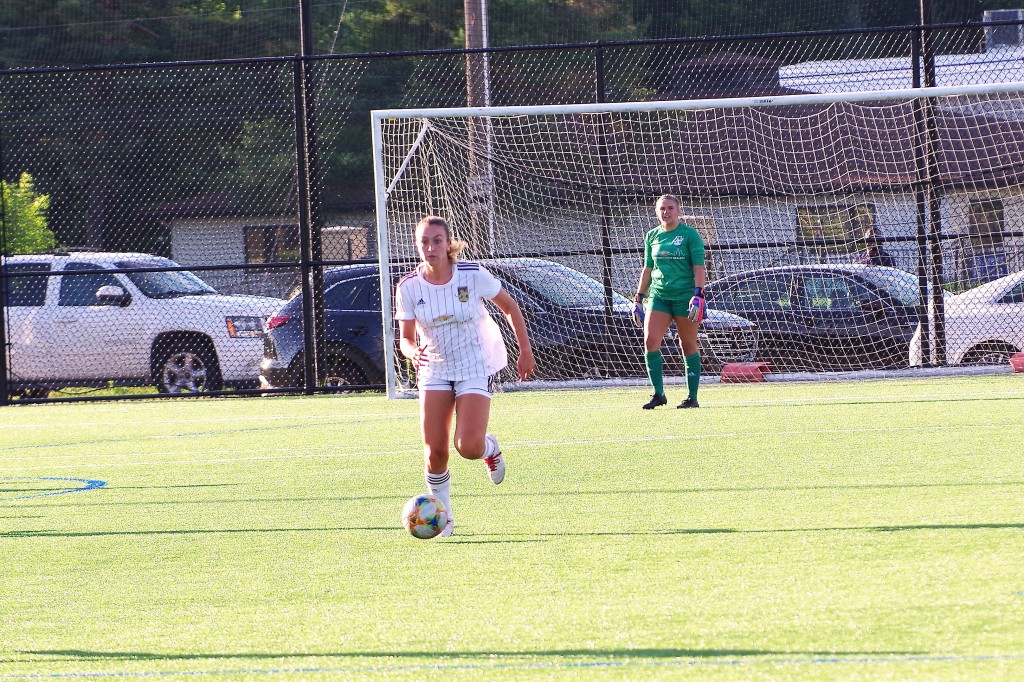 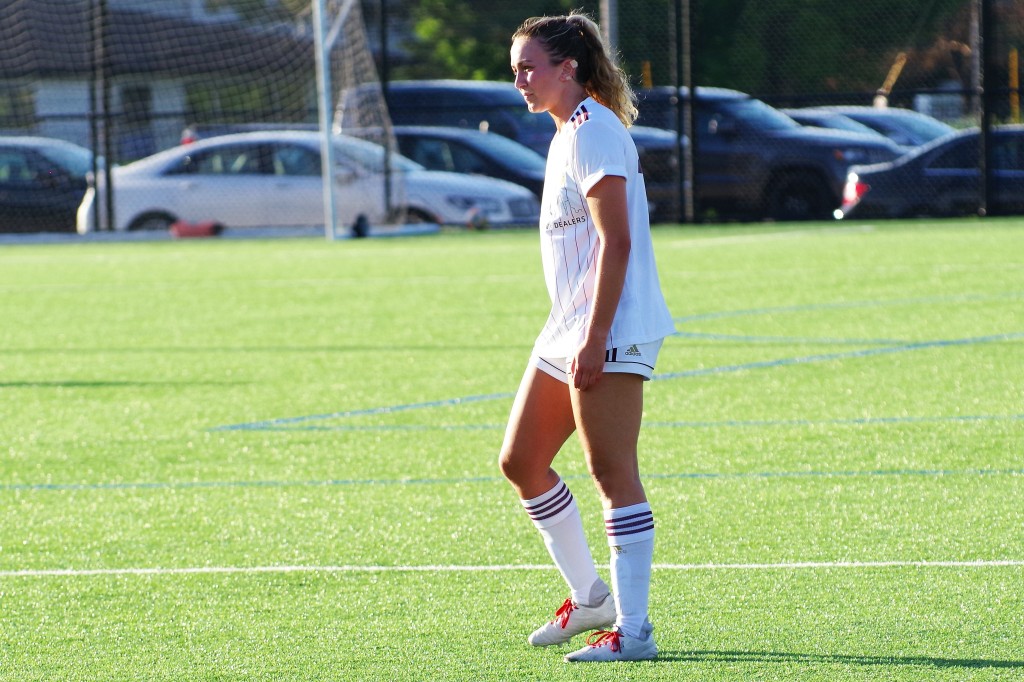 The first half was exciting, with play pretty level.  City hit the woodwork with a shot, both teams had chances.  After the first 45, the score remained deadlocked at 0-0. 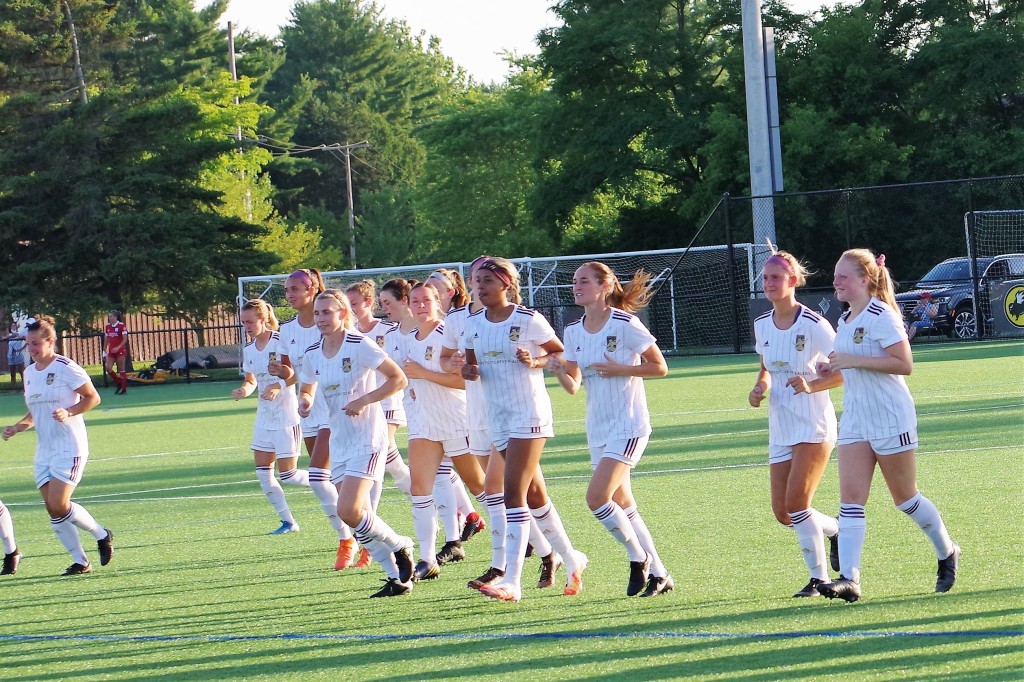 Hannah Becker (below) sends the ball to Syd Blomquist (#7)…

Blomquist then sent in a cross that Tori Singstock (#14) knocked into the back of the Midwest United FC net for the historic first goal. 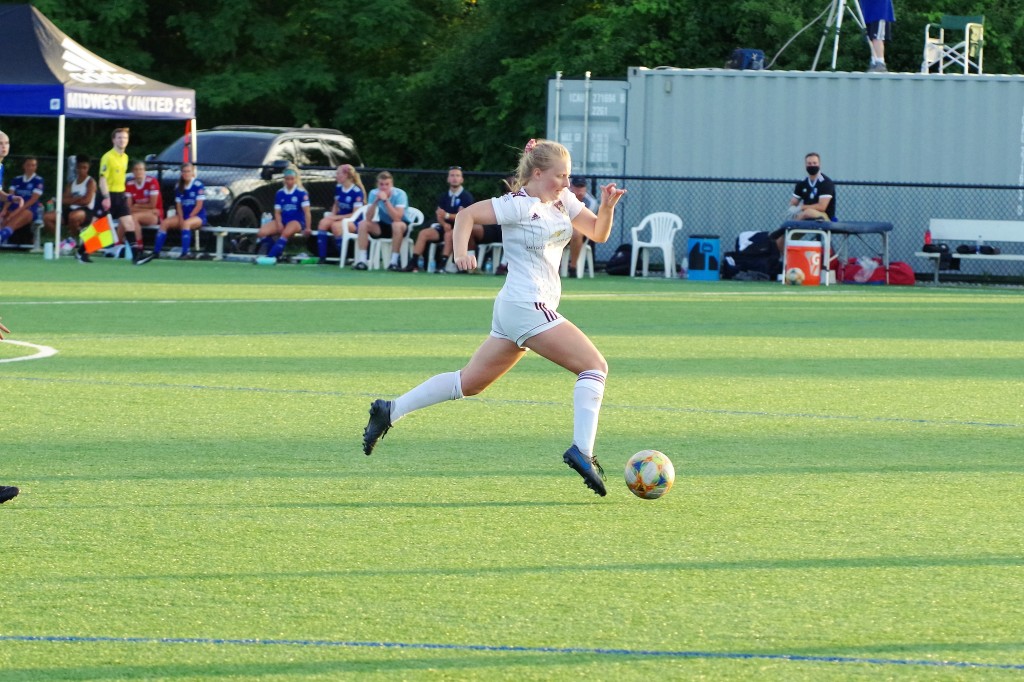 It was our first look at the women’s team, as many of the players rotated throughout the match.  They played well, and make us more eager to fill Keyworth Stadium and cheer them on once this pandemic is over.