It was another multiple-match night for City, as the Women’s First Team hosted Midwest United FC at Keyworth, while the Men’s U-23 team traveled to Pontiac to play Inter Detroit.

City had played Midwest United twice in the abbreviated 2020 season.  The first was a friendly in Grand Rapids, which City lost 3-1.  The other was the UWS Stadium Showcase final which City lost by the same 3-1 margin.

The Northern Guard Supporter Prideraiser campaign continued, with the goals scored by City tonight going toward the pledged dollars.  Thus far, DCFC Men’s and Women’s First Teams have tallied four goals.  Tonight and the June 26th Men’s match against Chattanooga FC as the final two matches of the fundraiser. 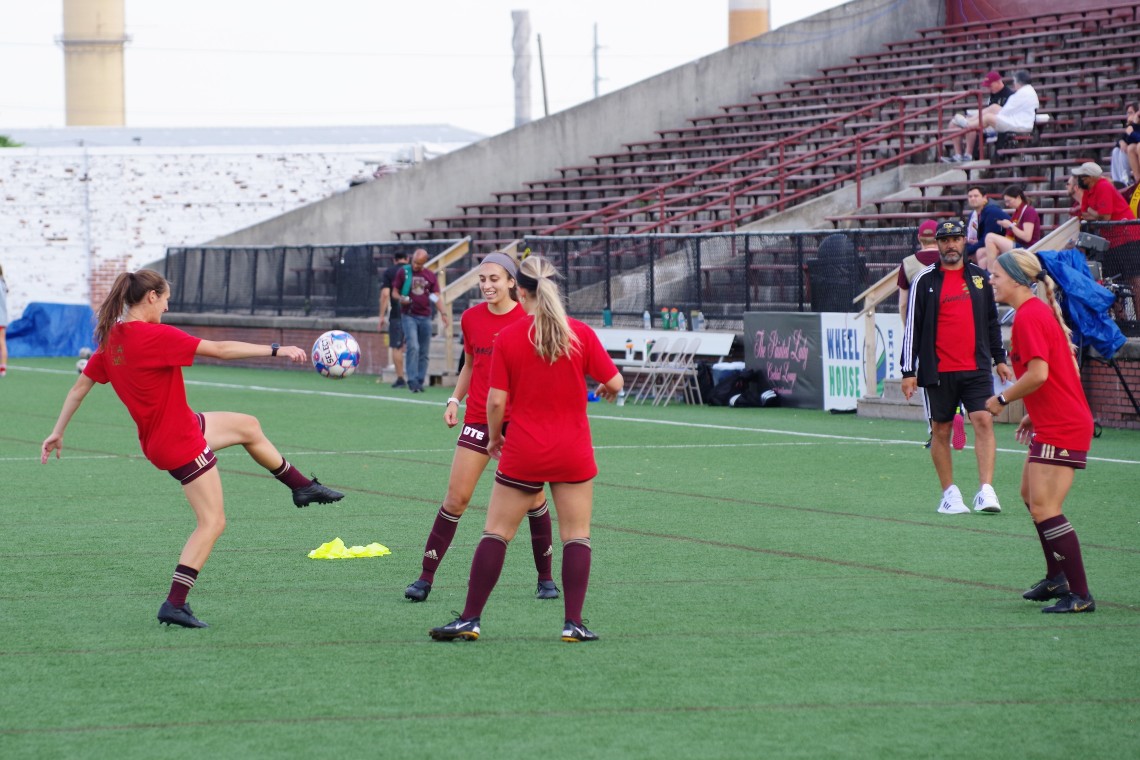 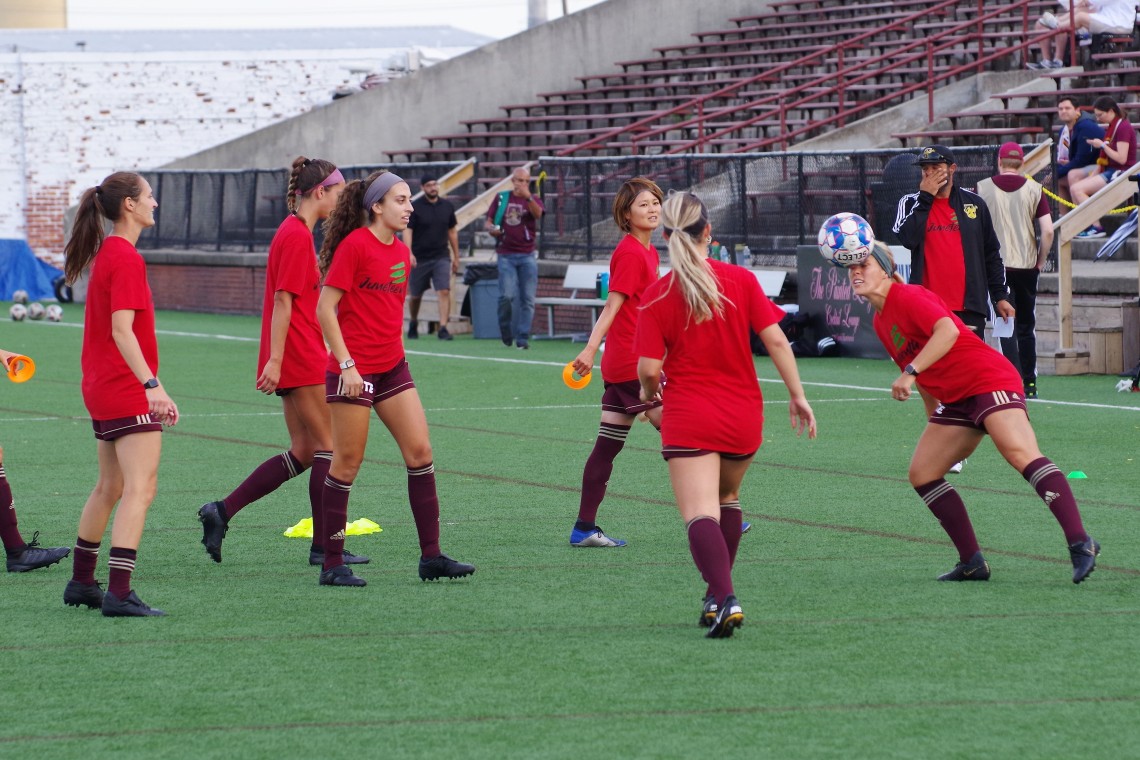 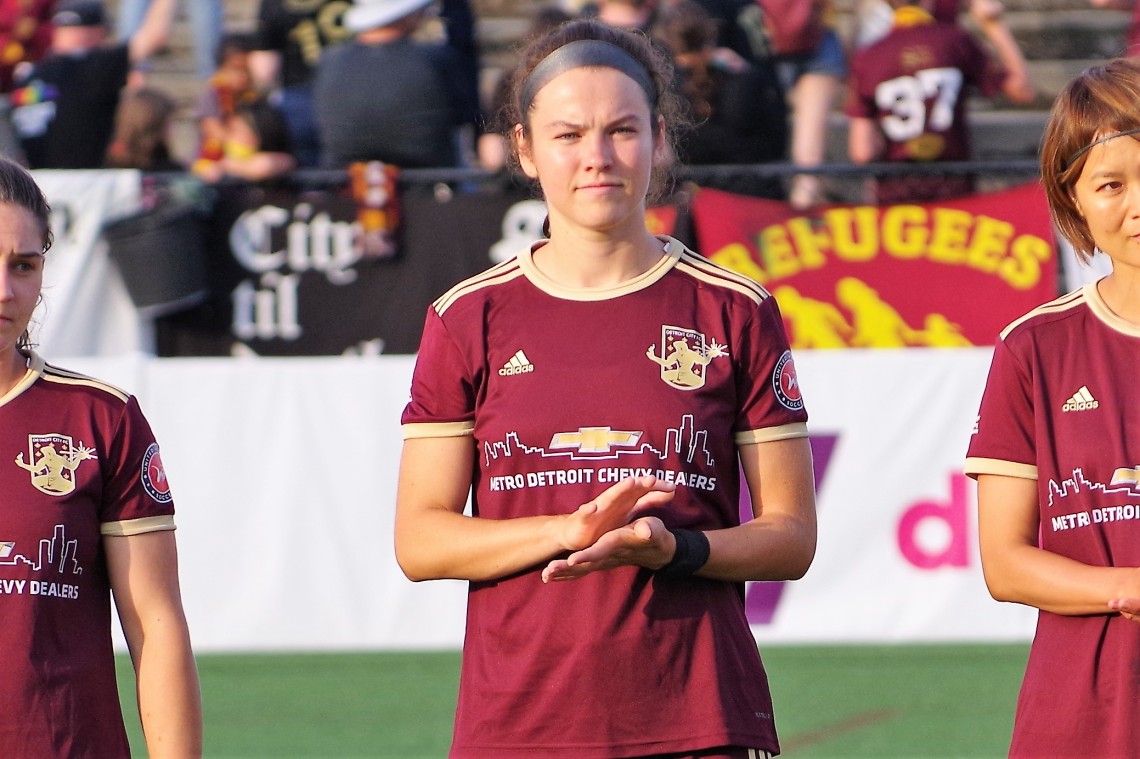 The first half was a back-and-forth affair, with Midwest grabbing the lead in the 22nd minute.  Stitch Currie sent the ball up the field which Elle Otto ran onto.  Otto broke in alone and beat City keeper Gabby Shriver to break the deadlock. 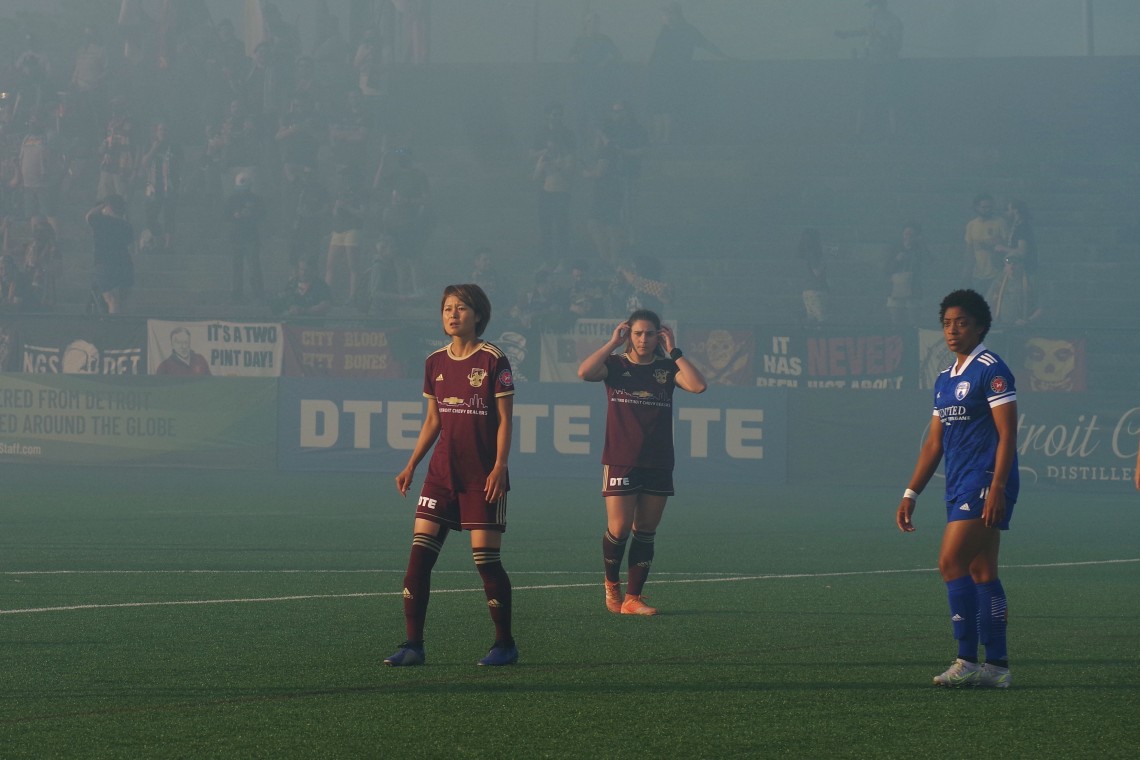 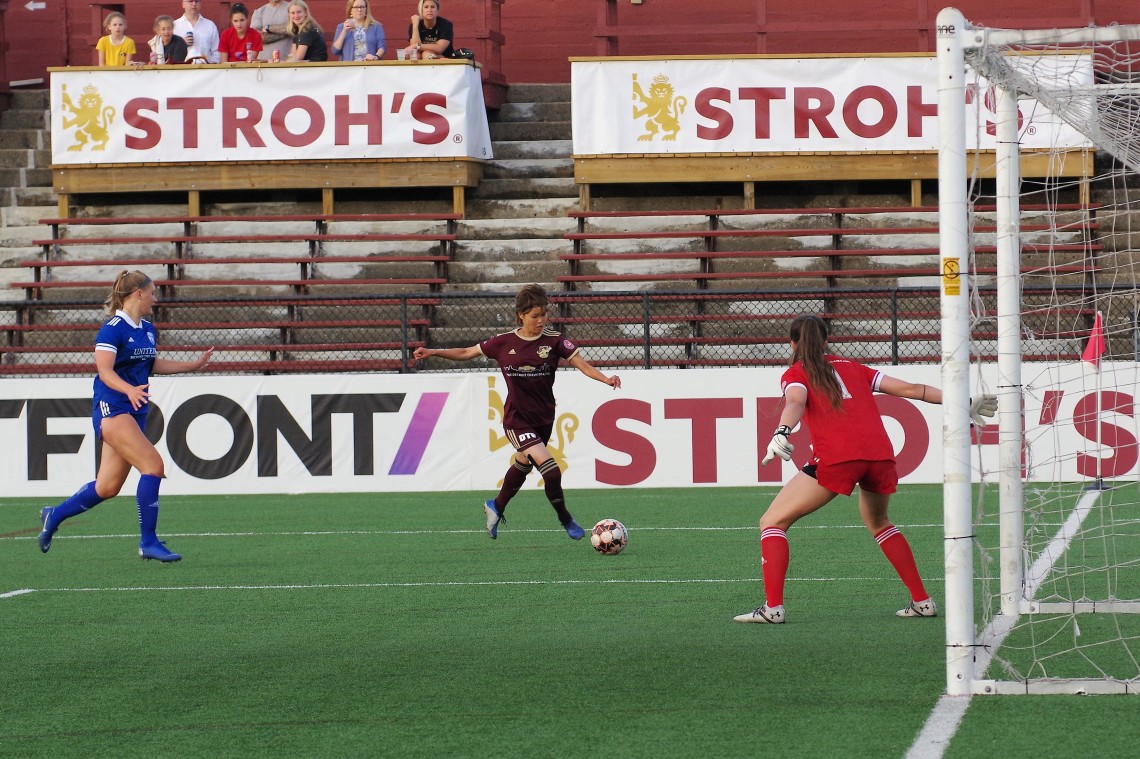 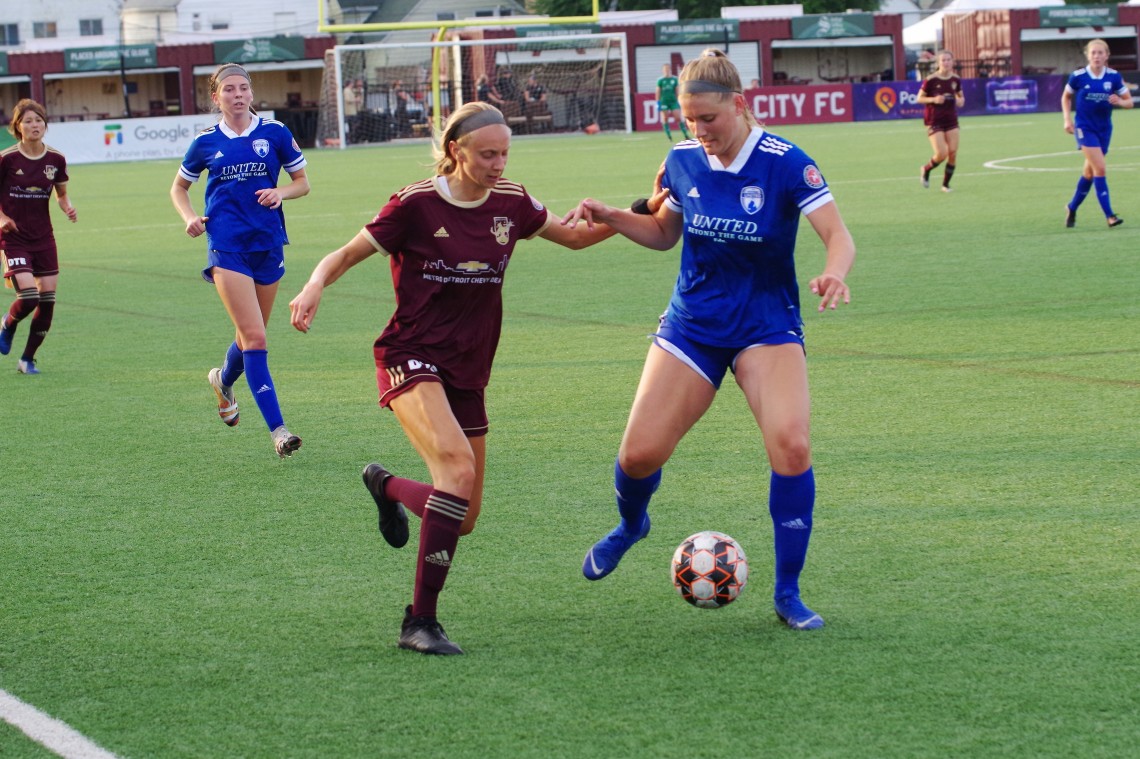 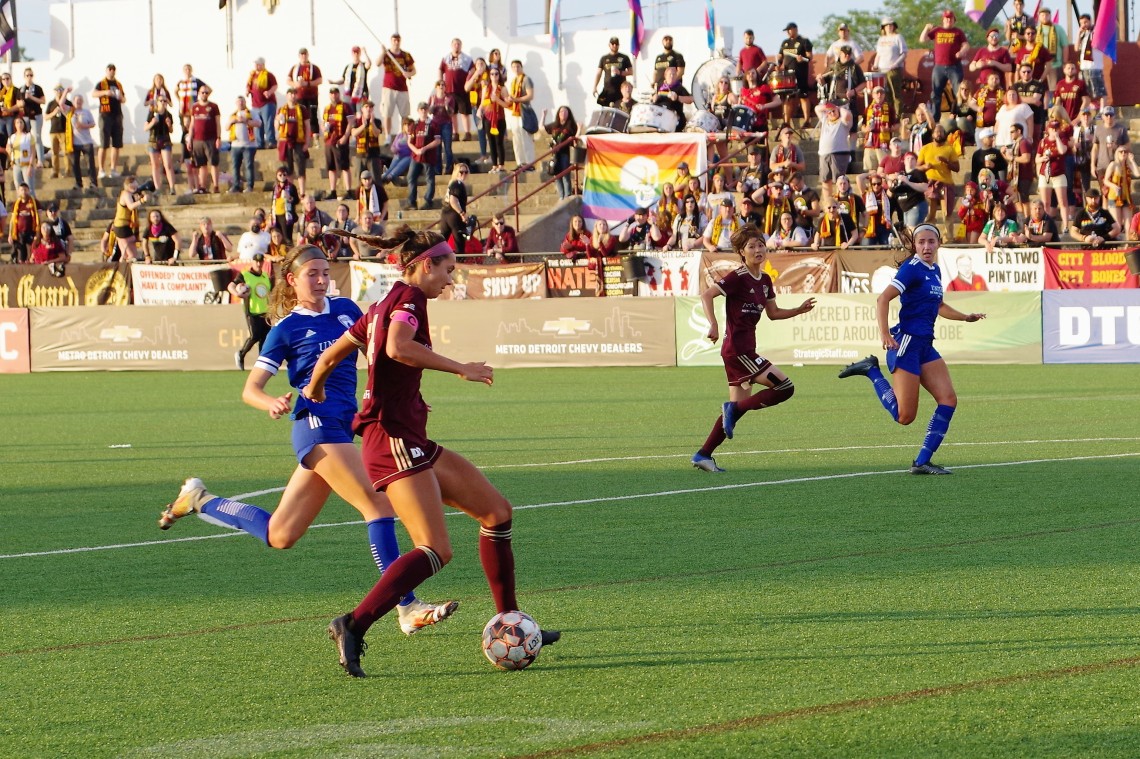 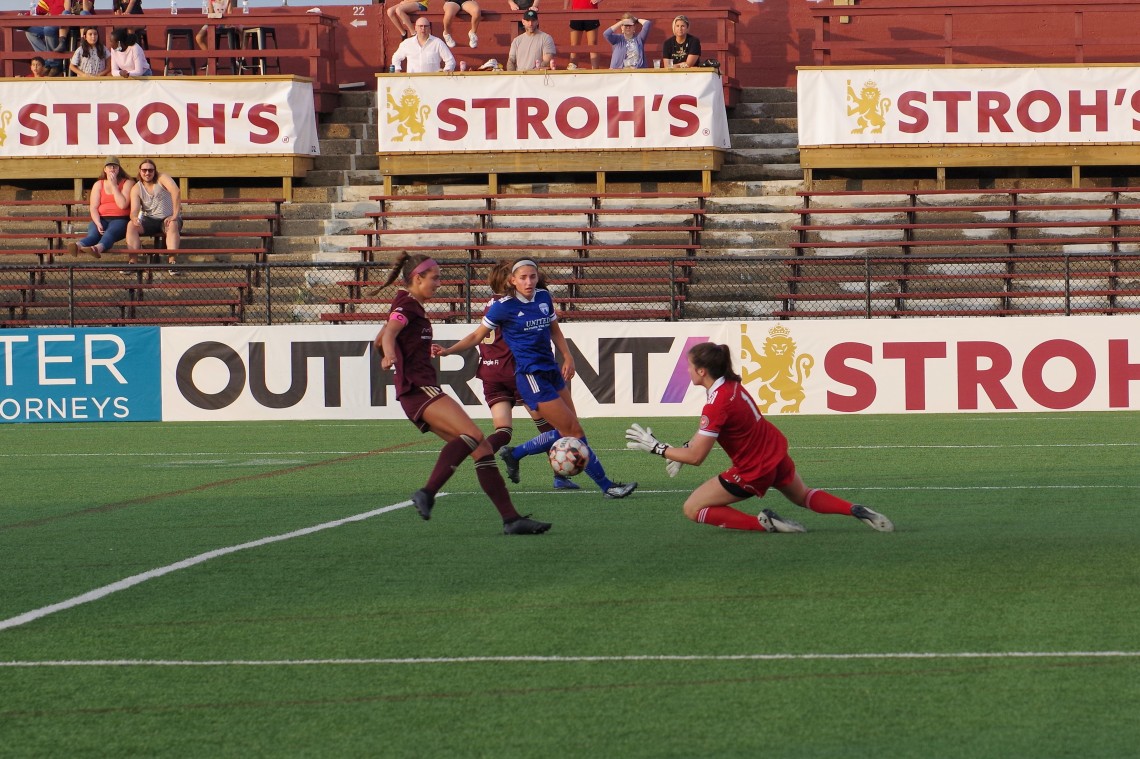 Ten minutes into the second half, Elle Otto dug City’s hole deeper.  In the 54th minute, Otto’s scuffed shot inside the box strayed past Shriver for her brace.  Otto completed her hat trick in the next minute as she managed to beat Shriver on another one-on-one.

Shriver came up big with two saves, as she dived and deflected a long shot away from goal in the 59th minute and parried away Hannah Crum’s slicing shot in the 65th minute.  These saves kept City in the match. 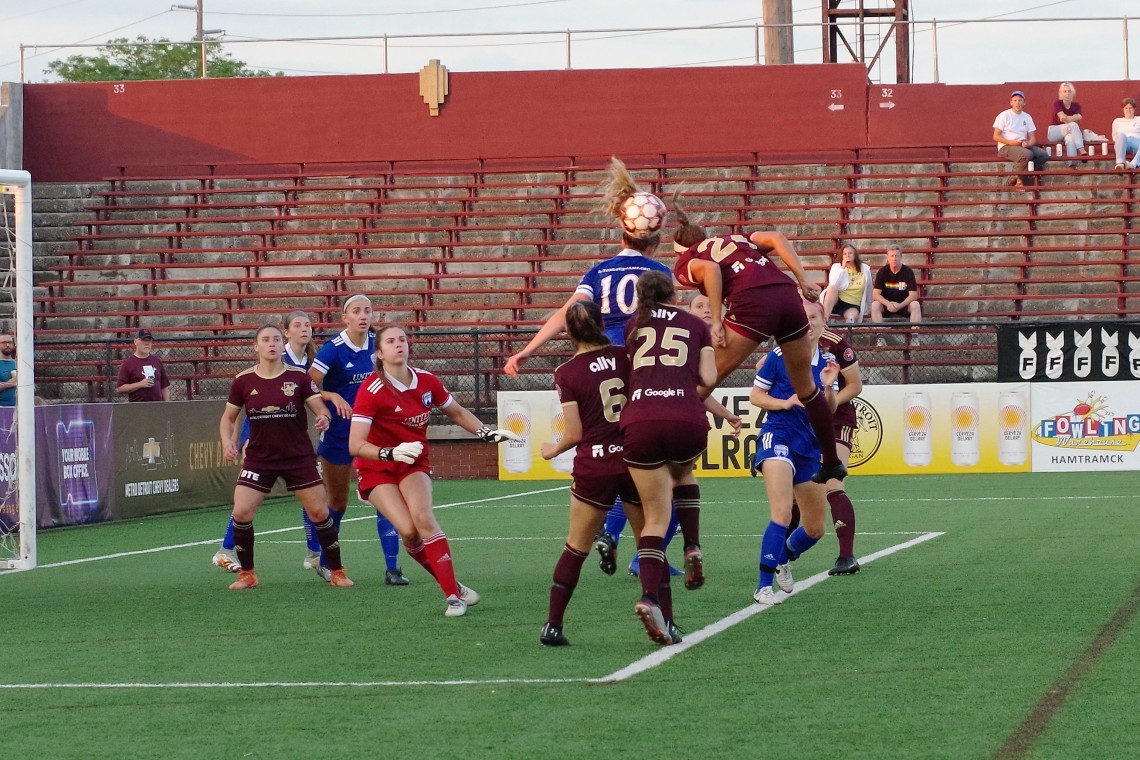 In the 71st minute, Melanie Forbes found Christina Torres behind the defense.  Torres fired it past Perez to put City on the board. 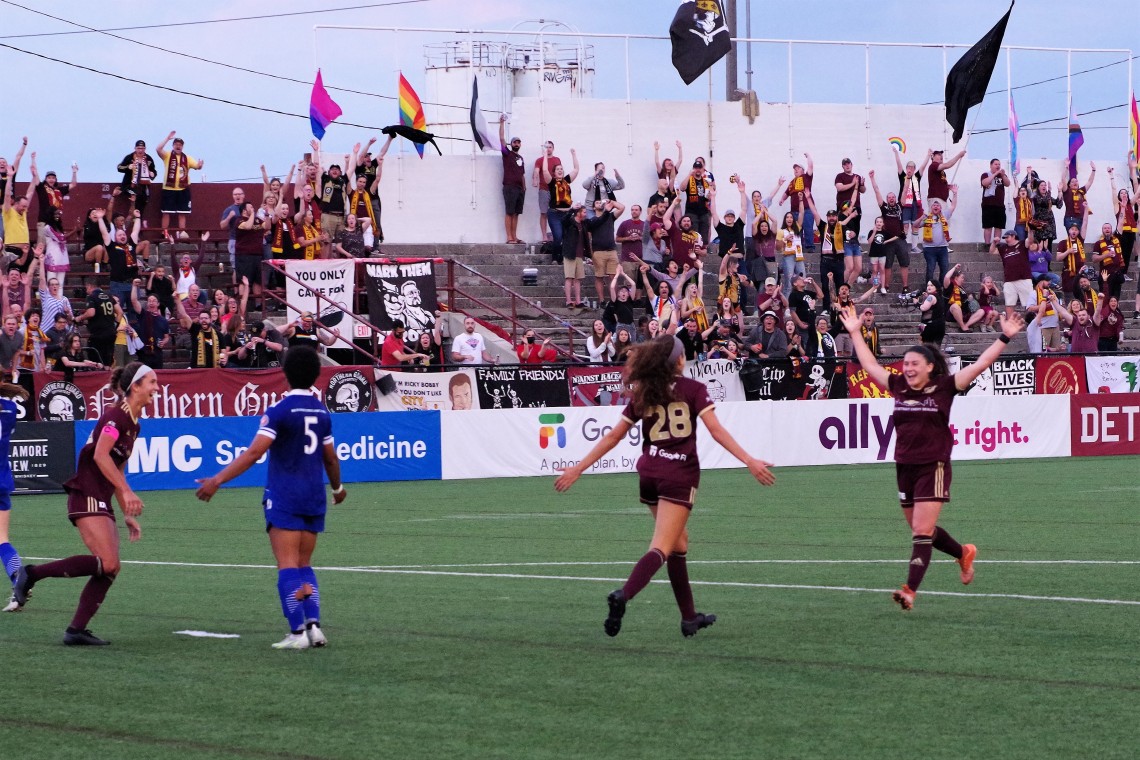 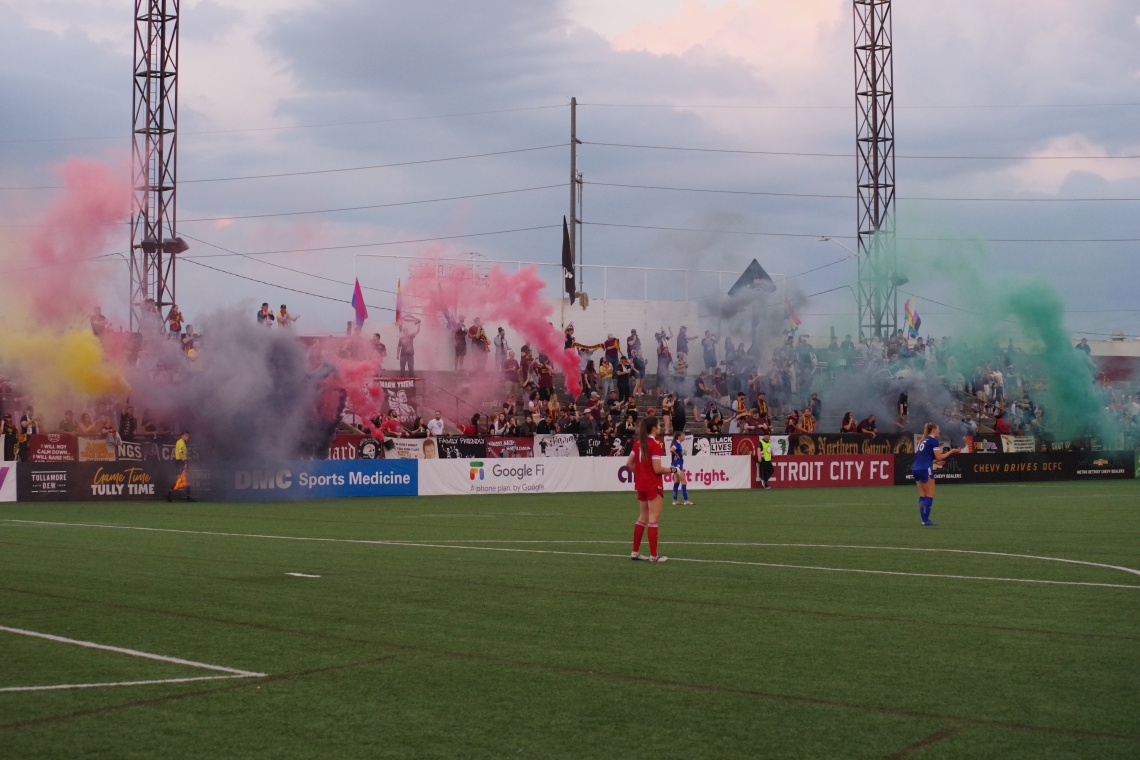 Three minutes later, Rachel Philpotts found Kenna White open and made no mistake in beating Perez.  Suddenly, City was down only a goal with sixteen minutes plus added time to equalize. 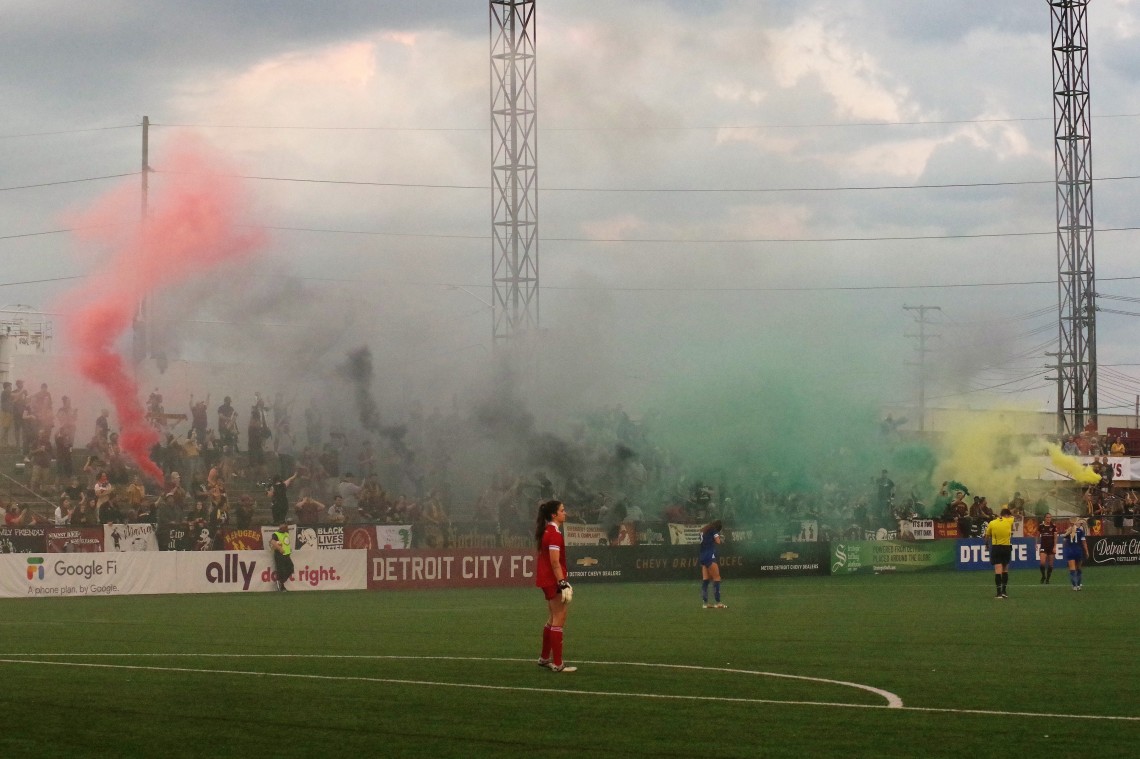 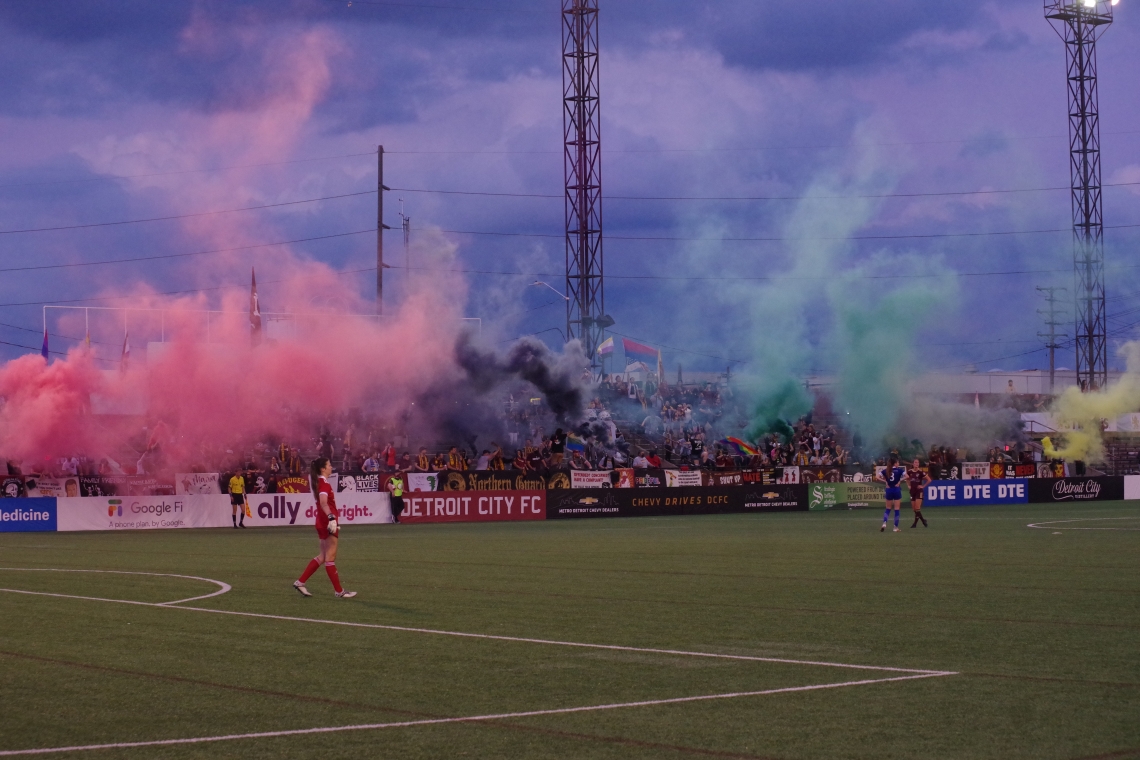 City went at Midwest, throwing everything at them that they could, including Gabby Shriver into the mix of a last second corner kick, but that third goal could not be found. 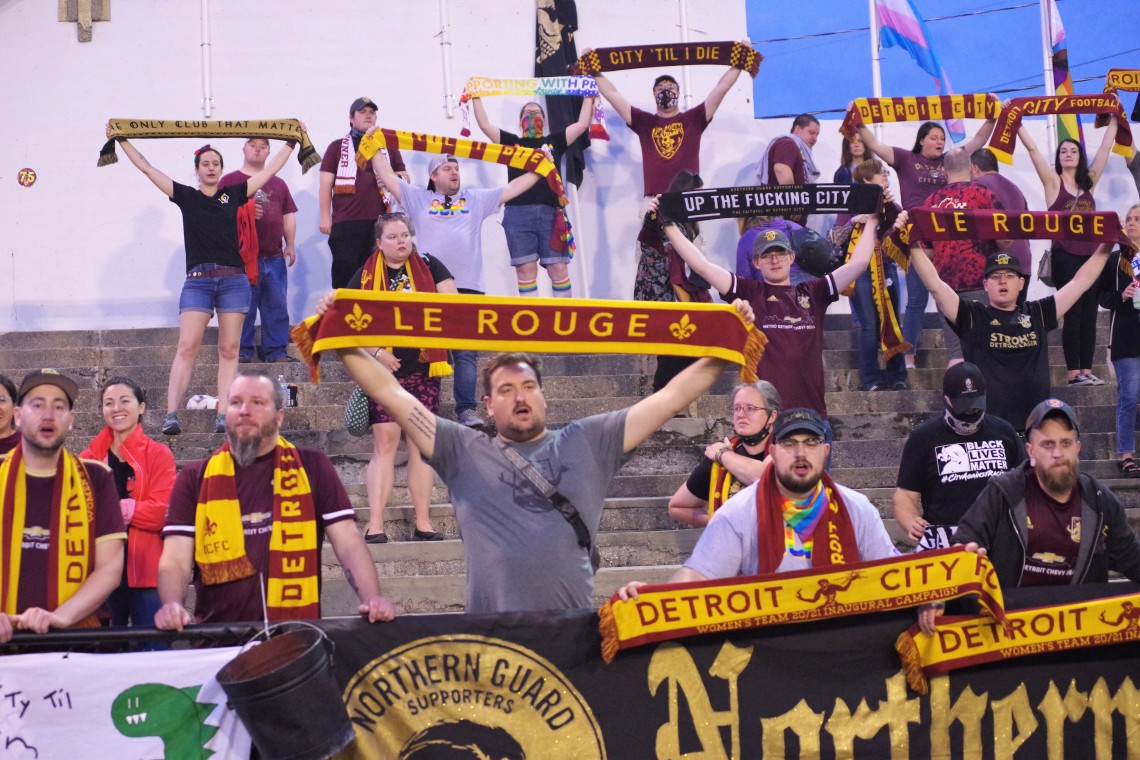 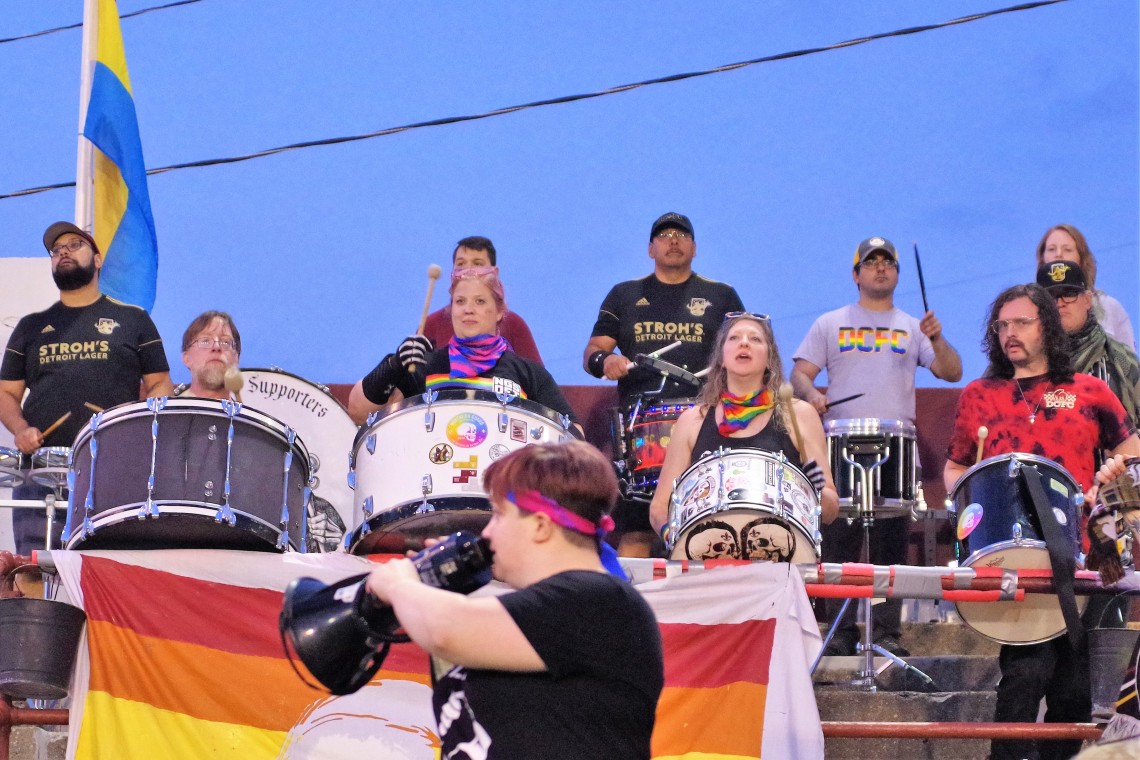 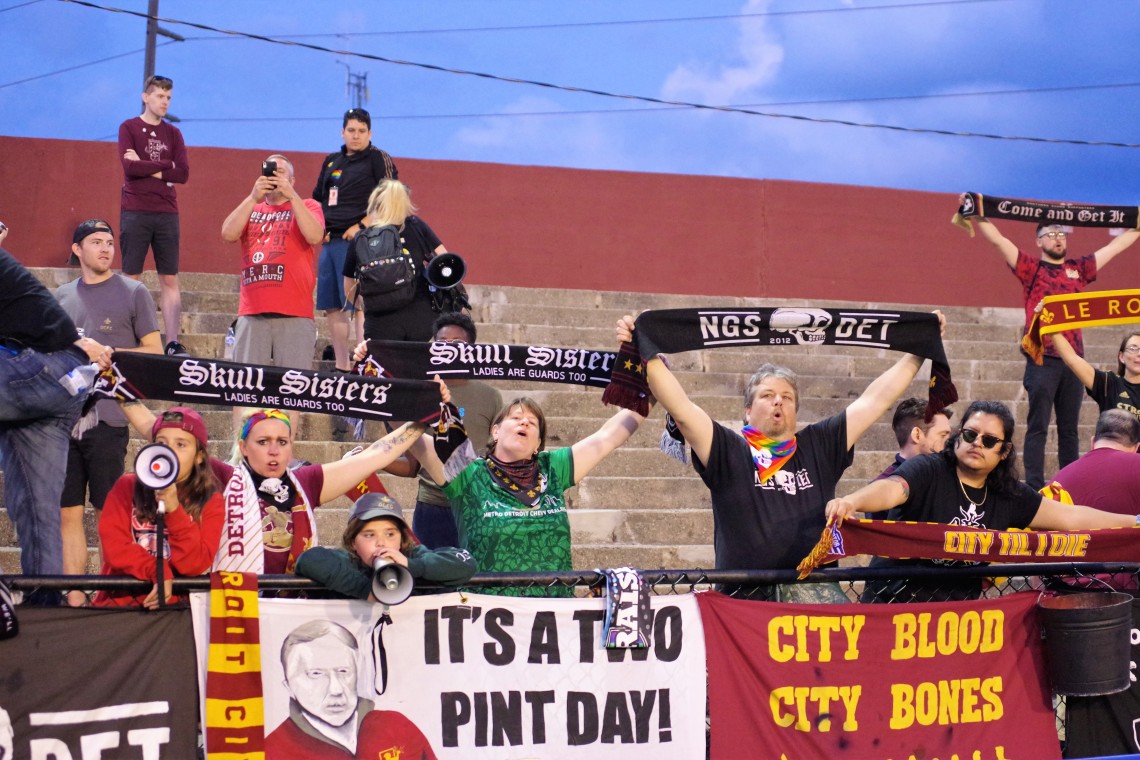 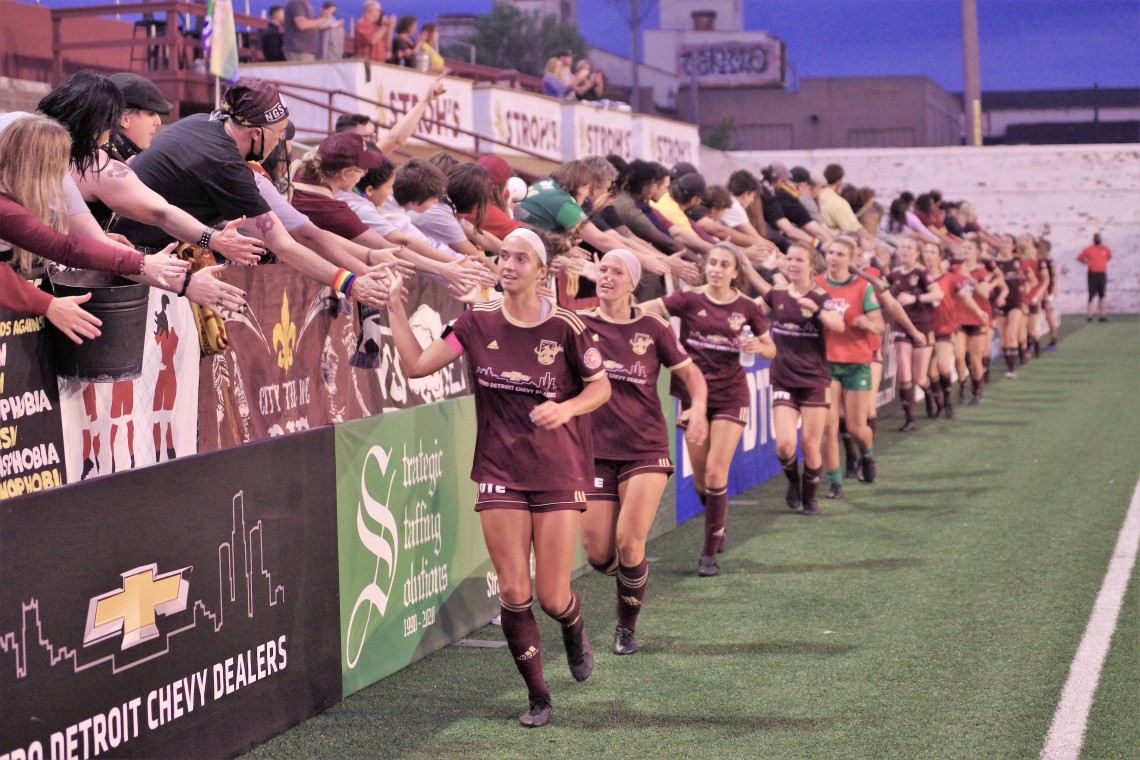 Player of the Match: Christina Torres.

The loss made City’s chances for a playoff spot slim.  But the performance of the team in the final twenty minutes generated enthusiasm and hope for a miracle over their final three matches: at Indiana Union, at Midwest United, and home to Lansing United.

The Men’s U-23 team defeated Inter Detroit by a score of 4-1 in Pontiac this evening.