The first match of the tournament featured a Michigan Stars FC versus 1904 FC showdown at noon.

1904 FC is a San Diego-based team with an ownership group that includes Demba Ba and Eden Hazard.  “1904” originates from the letters that abbreviate San Diego – S being the 19th letter of the alphabet and D being the 4th. 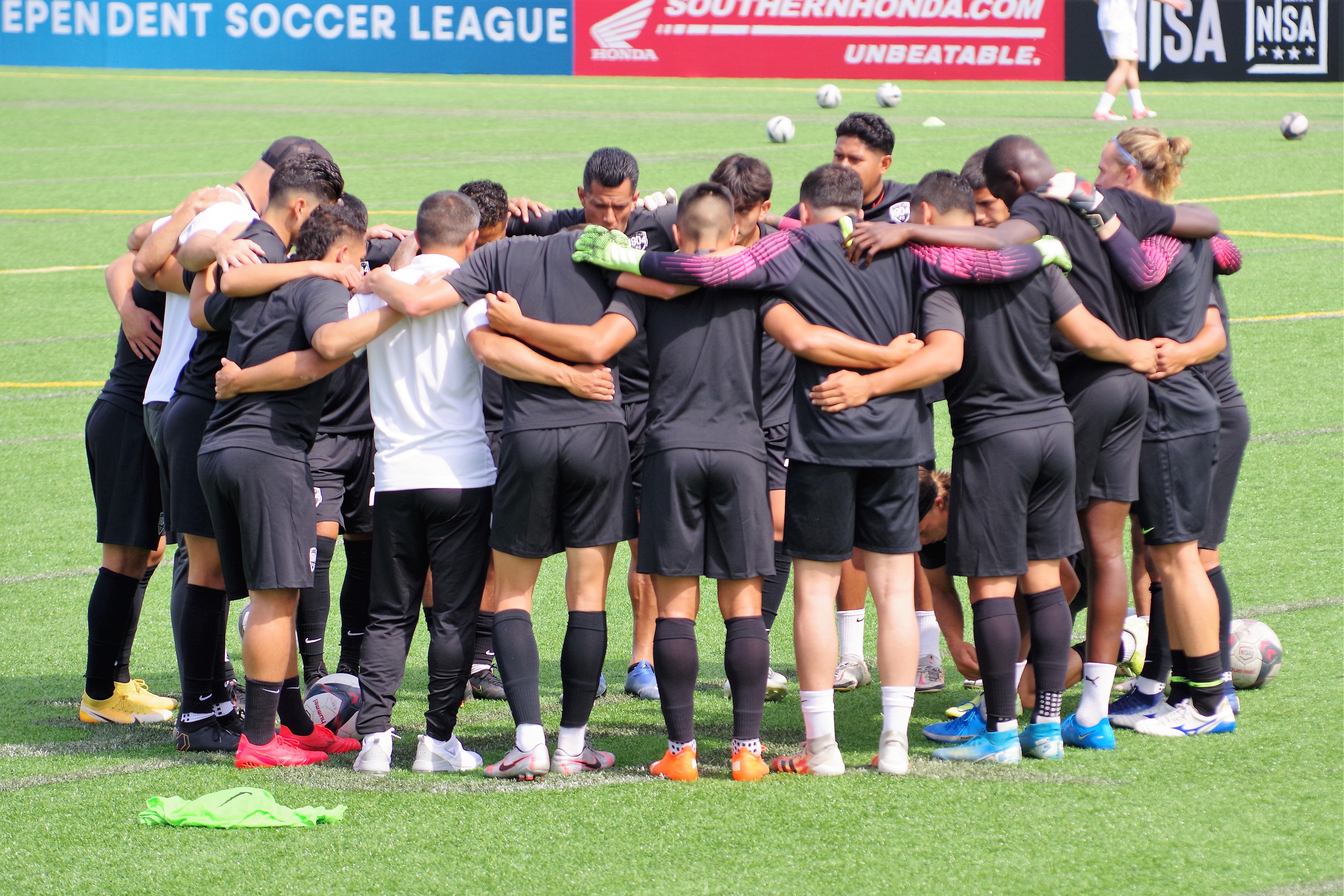 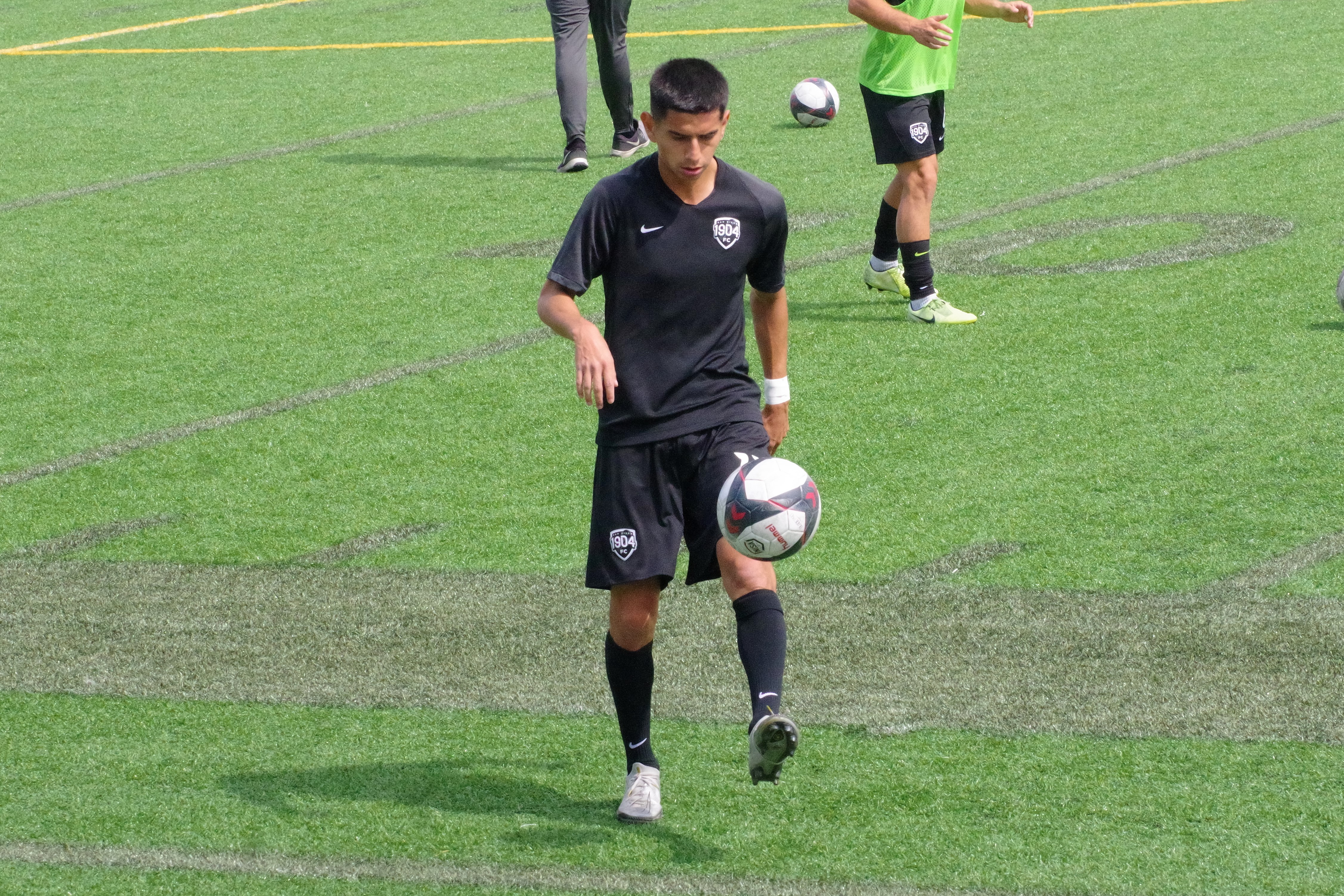 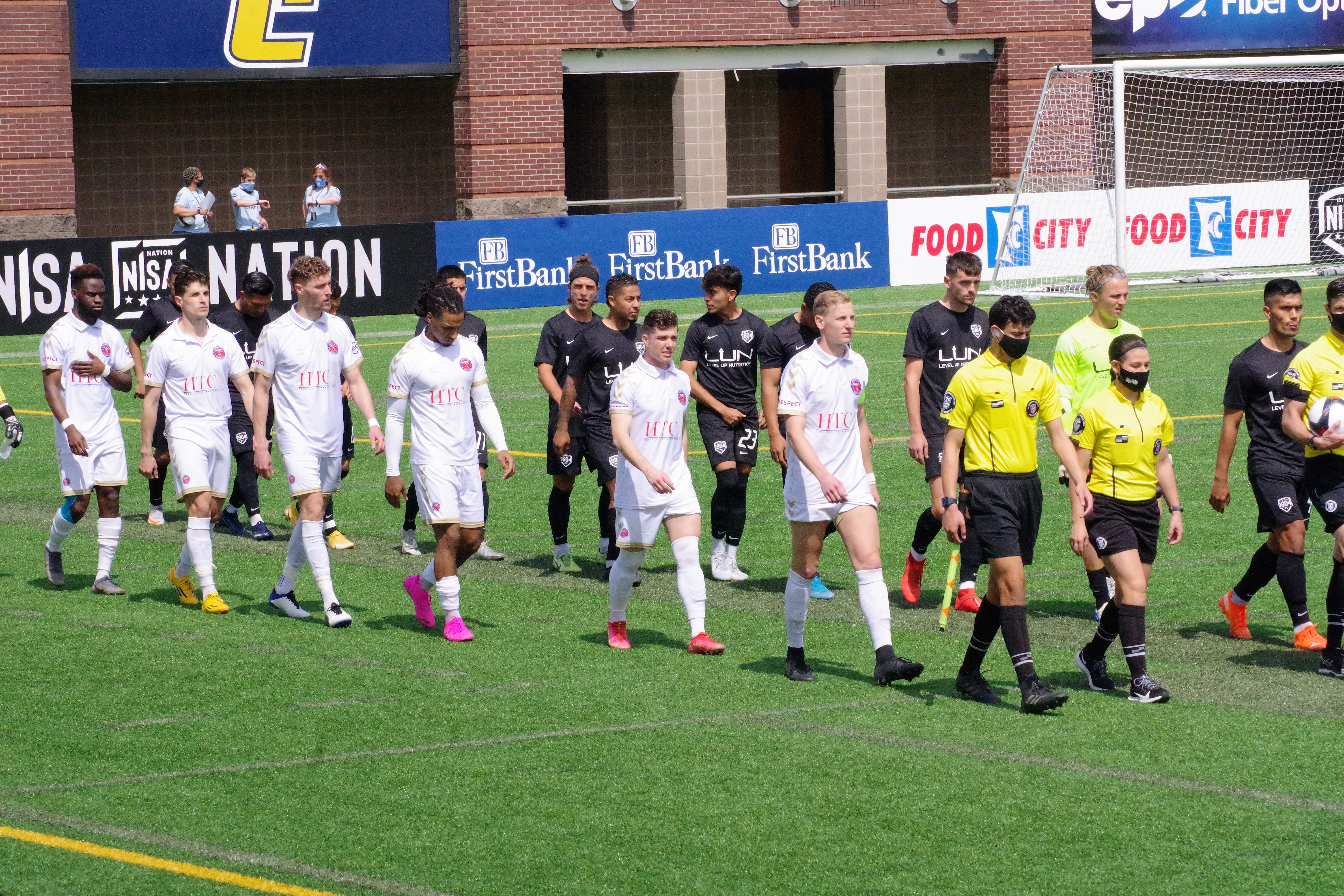 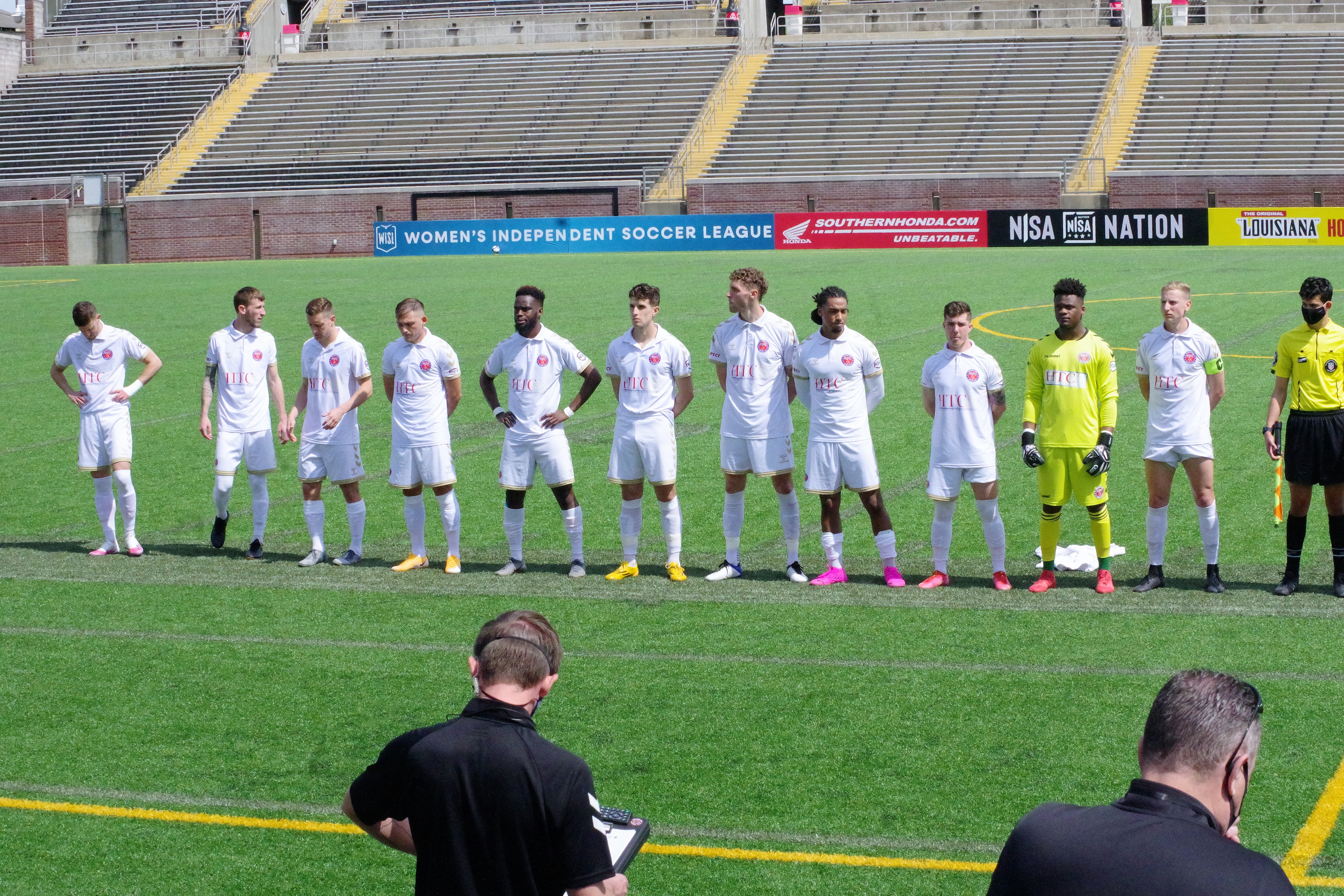 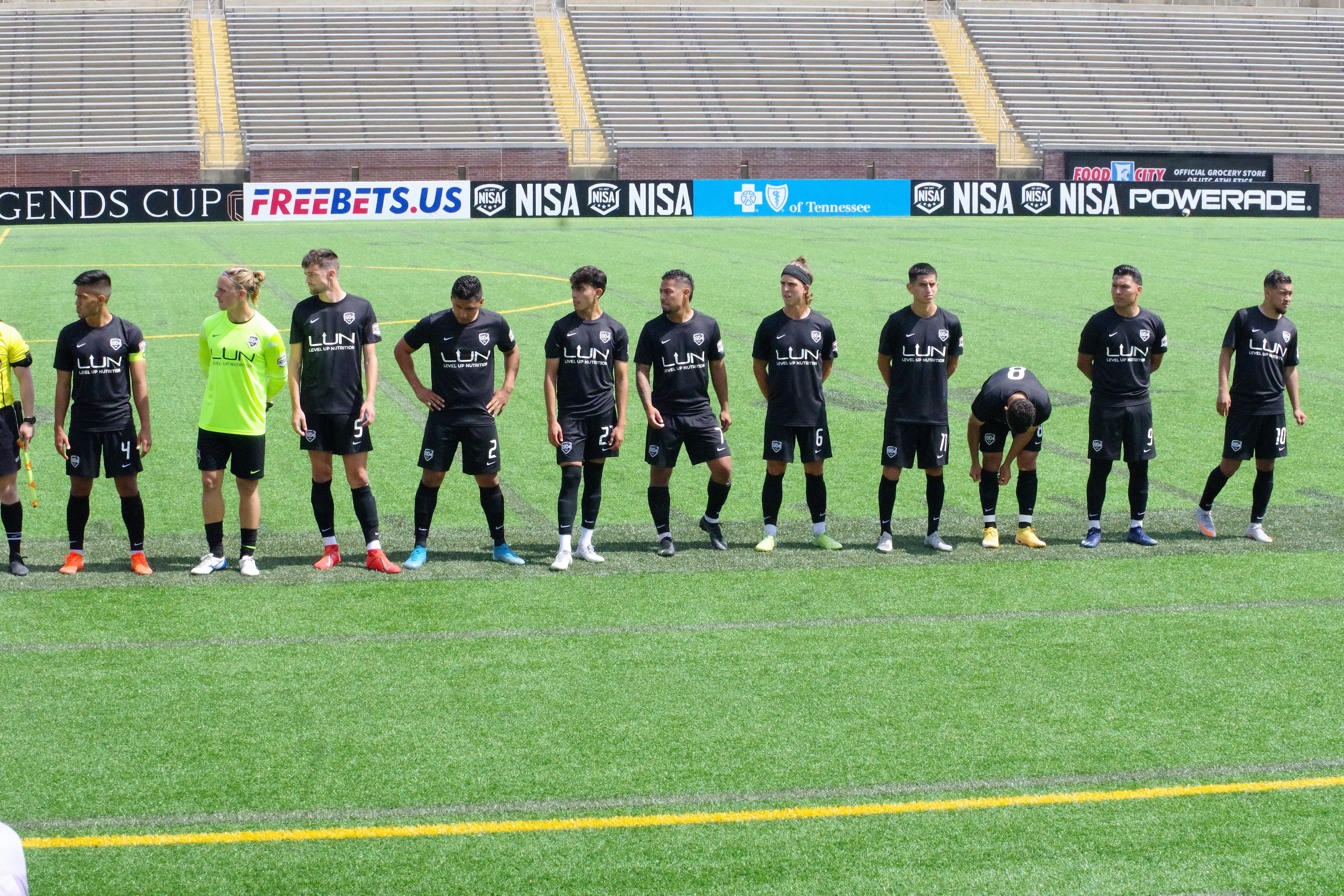 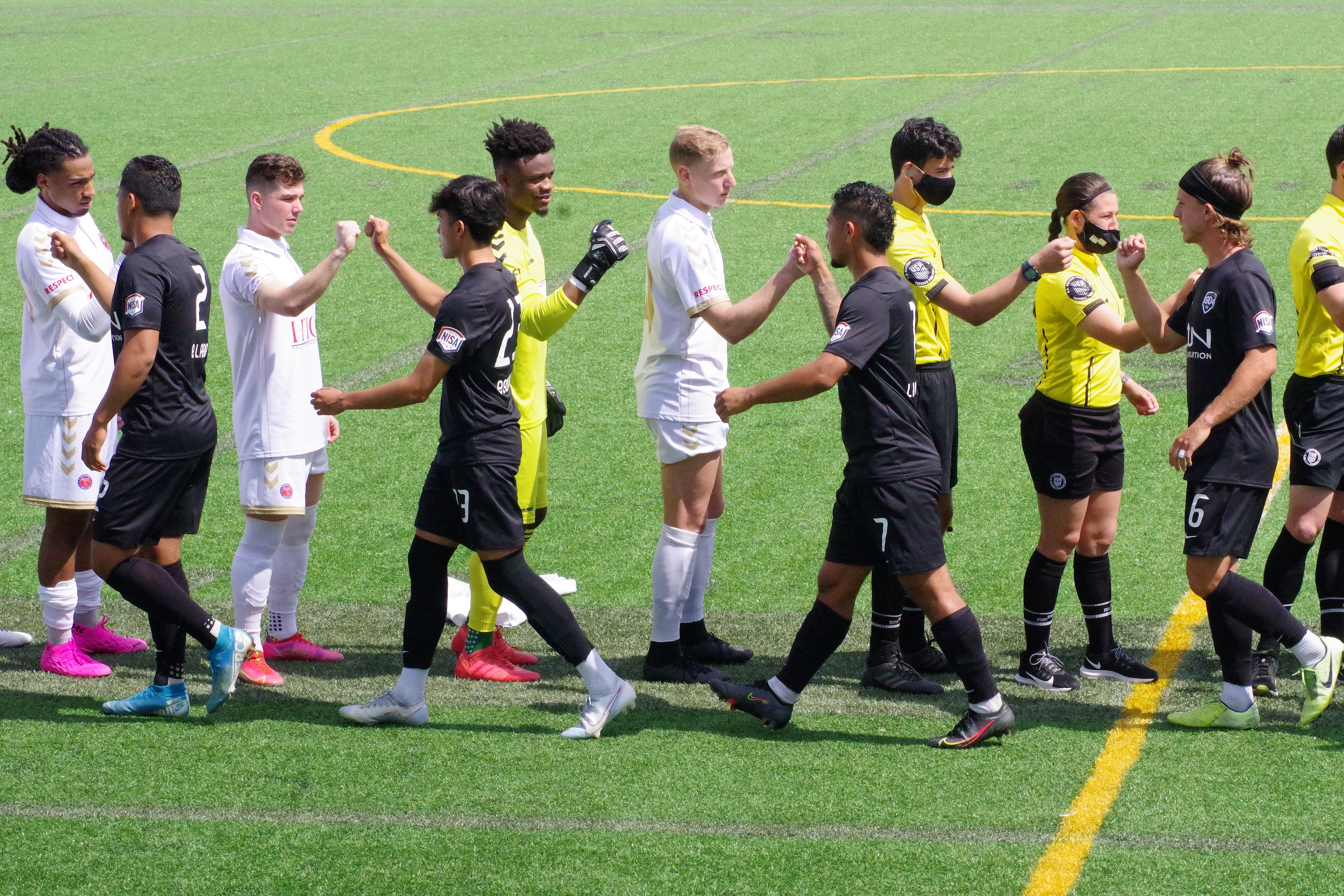 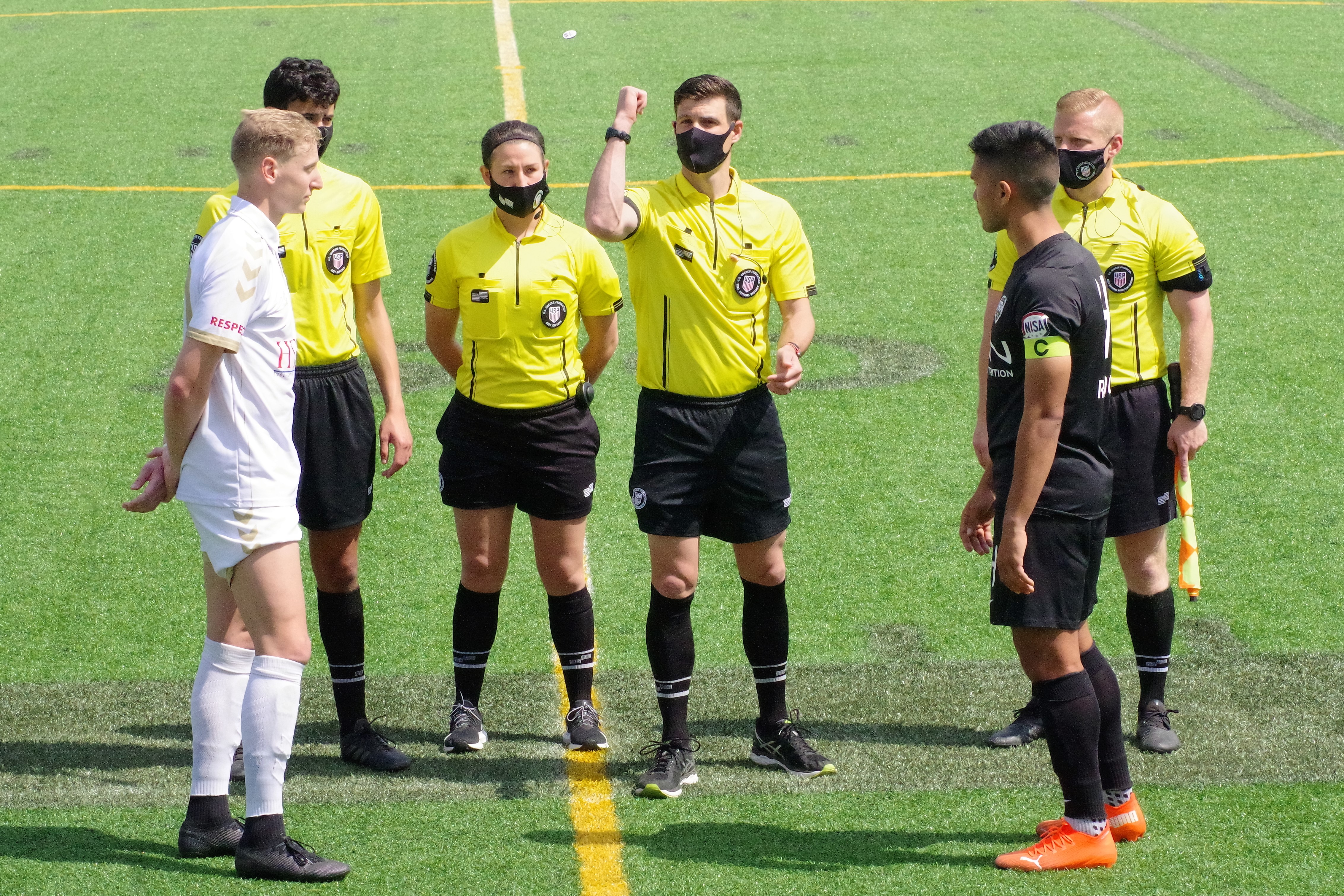 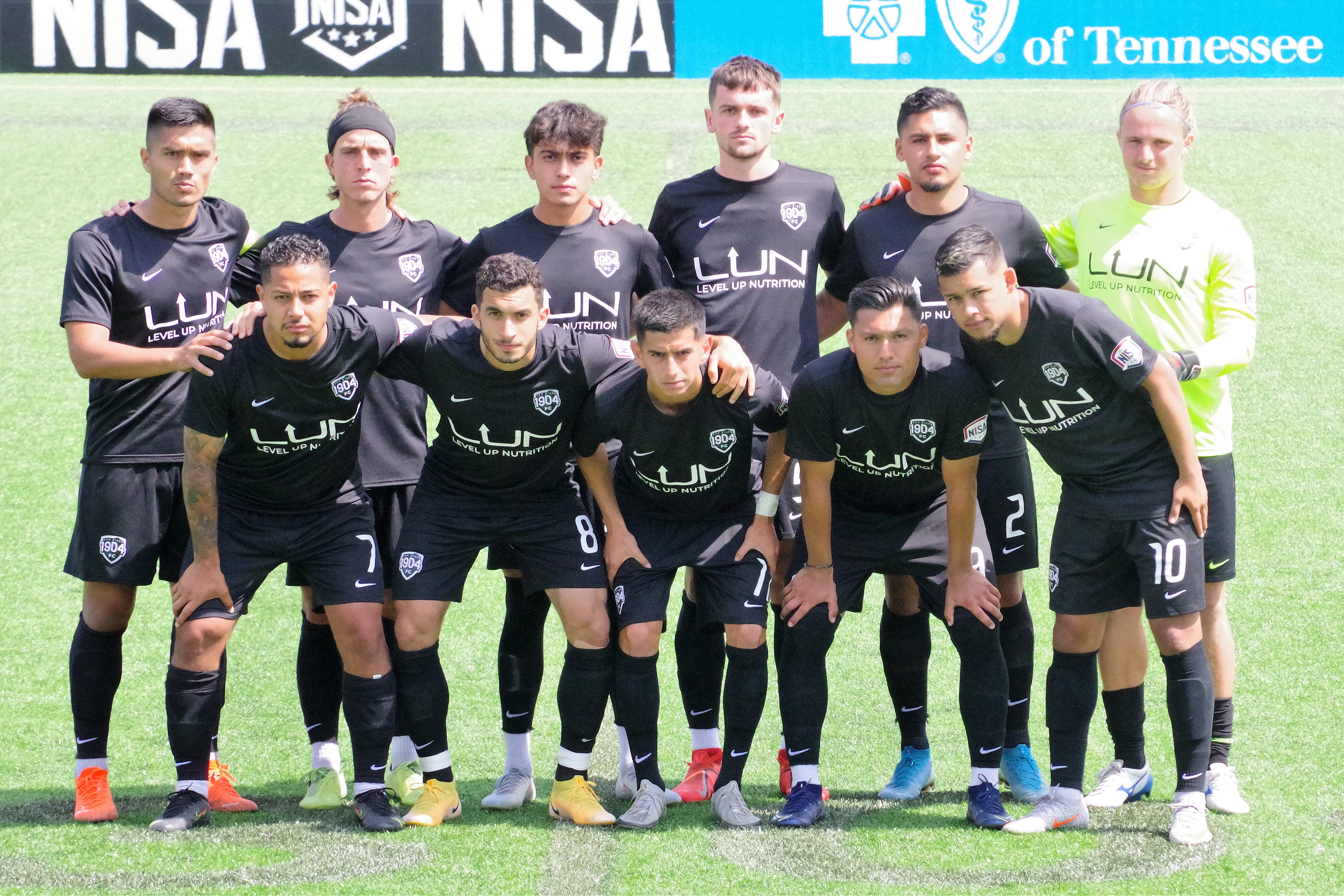 In the first half, 1904 FC showed early signs of being a threat.  A lot of clean passes and a shot by Ernesto Espinoza that had Mkuruva dive to his left, but the ball sailed past the post.  A yellow card was shown to Edwin Lara Barrios in the 8th minute when his arm made contact with the Stars’ Tekodah Lobsiger’s head just outside the 1904 box.  The resulting free kick did not result in a scoring opportunity.  Twenty-one minutes later, the Stars’ James Abraham took down Felipe Liborio Jr. about fifteen yards away from the Stars’ box.  In an ambitious free kick, Ernesto Espinoza’s drive sailed over the crossbar.

From about the 30th minute on, the Stars took control of the match, and 1904 looked out of sorts.  In the 32nd minute, Amoo-Mensah just missed the net on a Stars corner kick.  In the 38th minute, Steve Juncaj was wide open and fired a shot that Misha Marson caught.  As the half wound down, 1904’s Dallin Cutler ran over Carl Schneider just inside the Stars’ half of the center stripe, earning 1904’s second yellow card of the match. 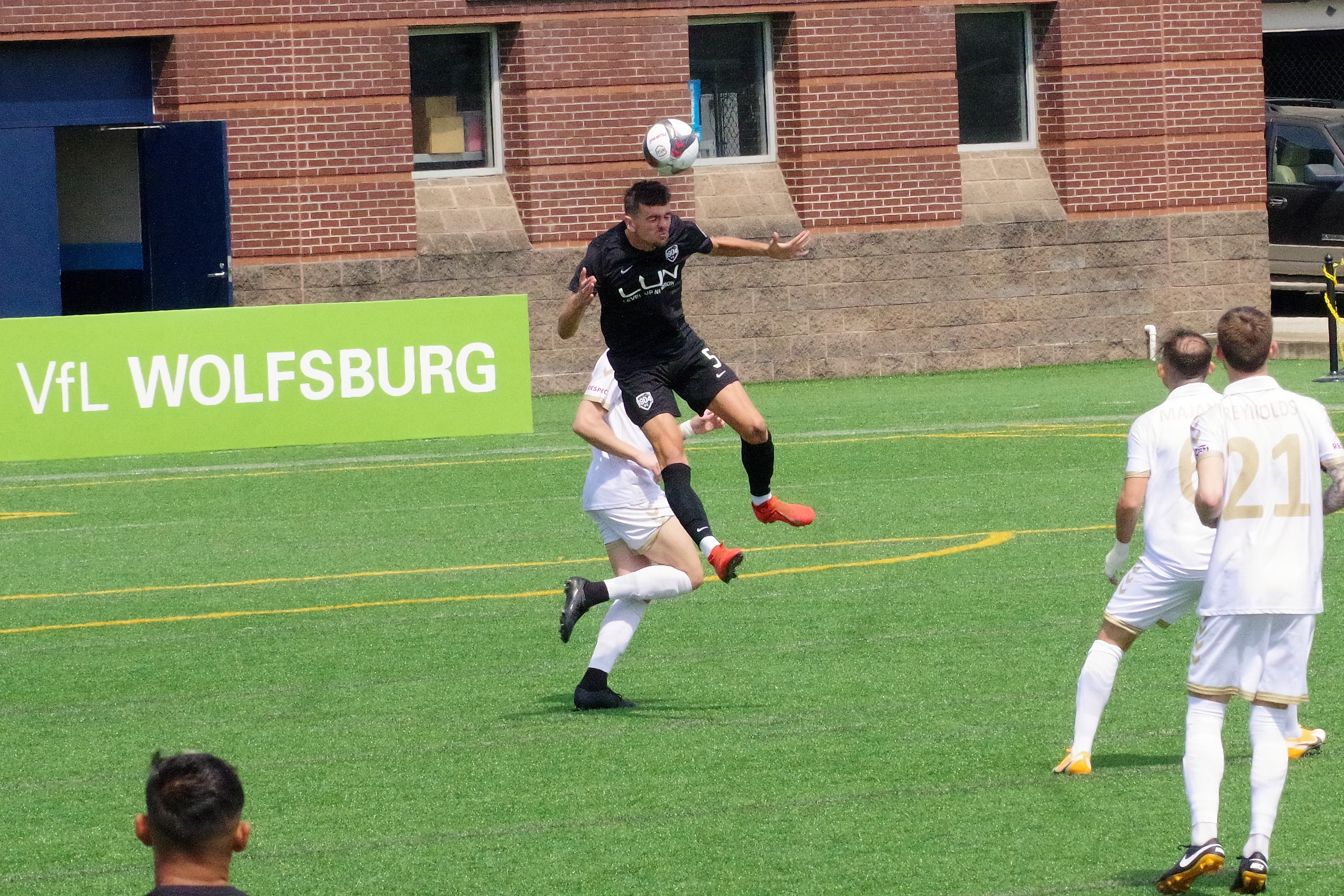 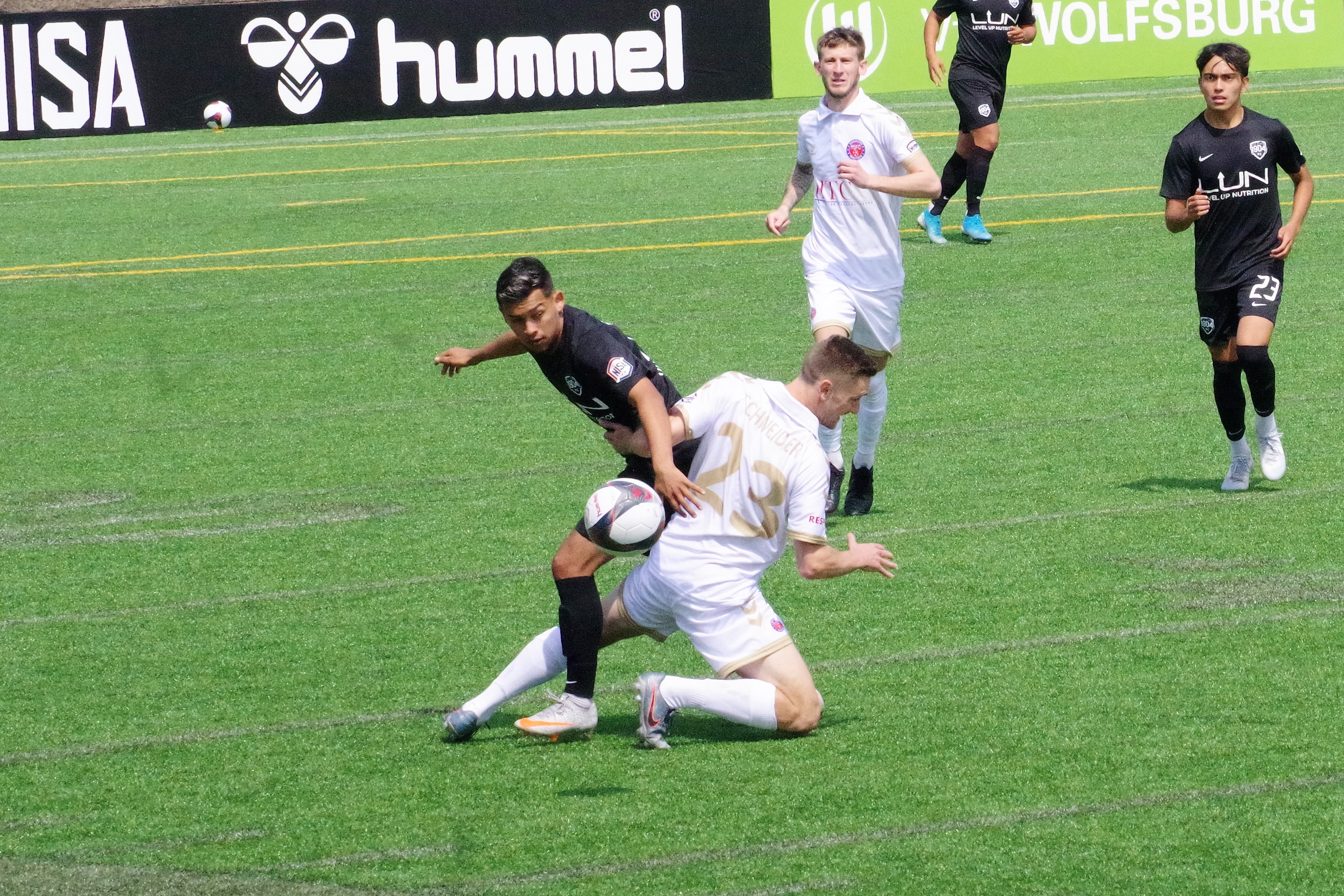 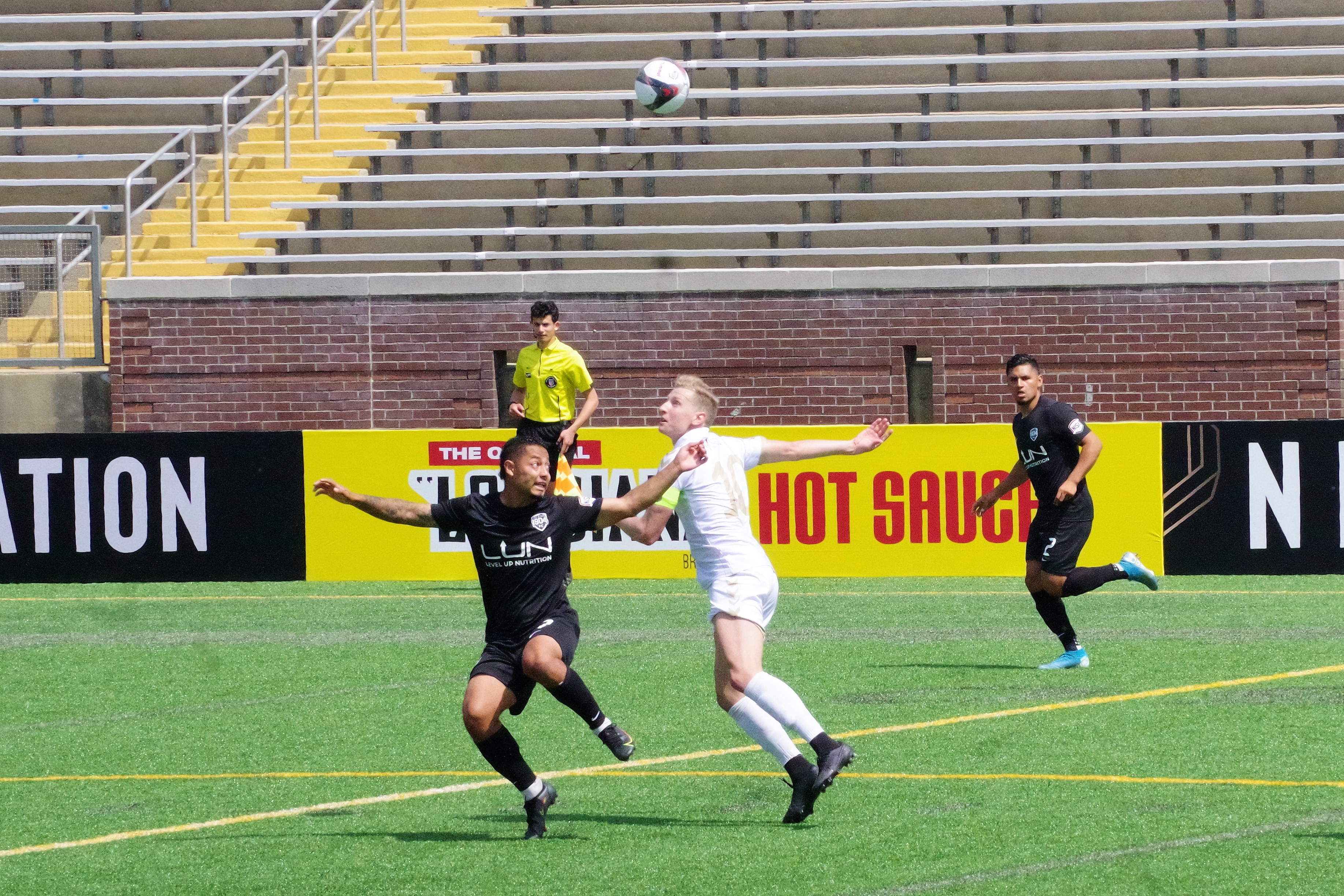 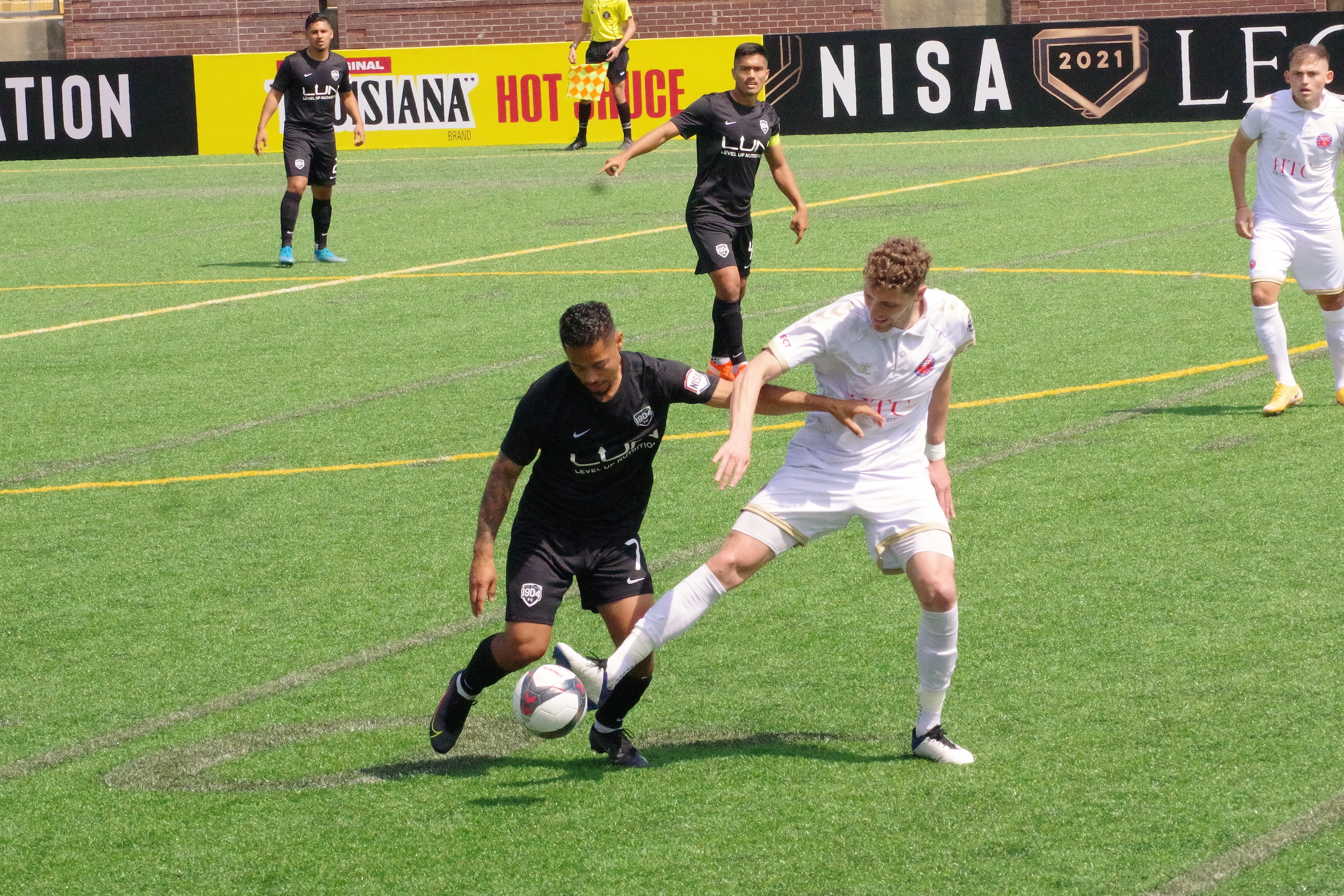 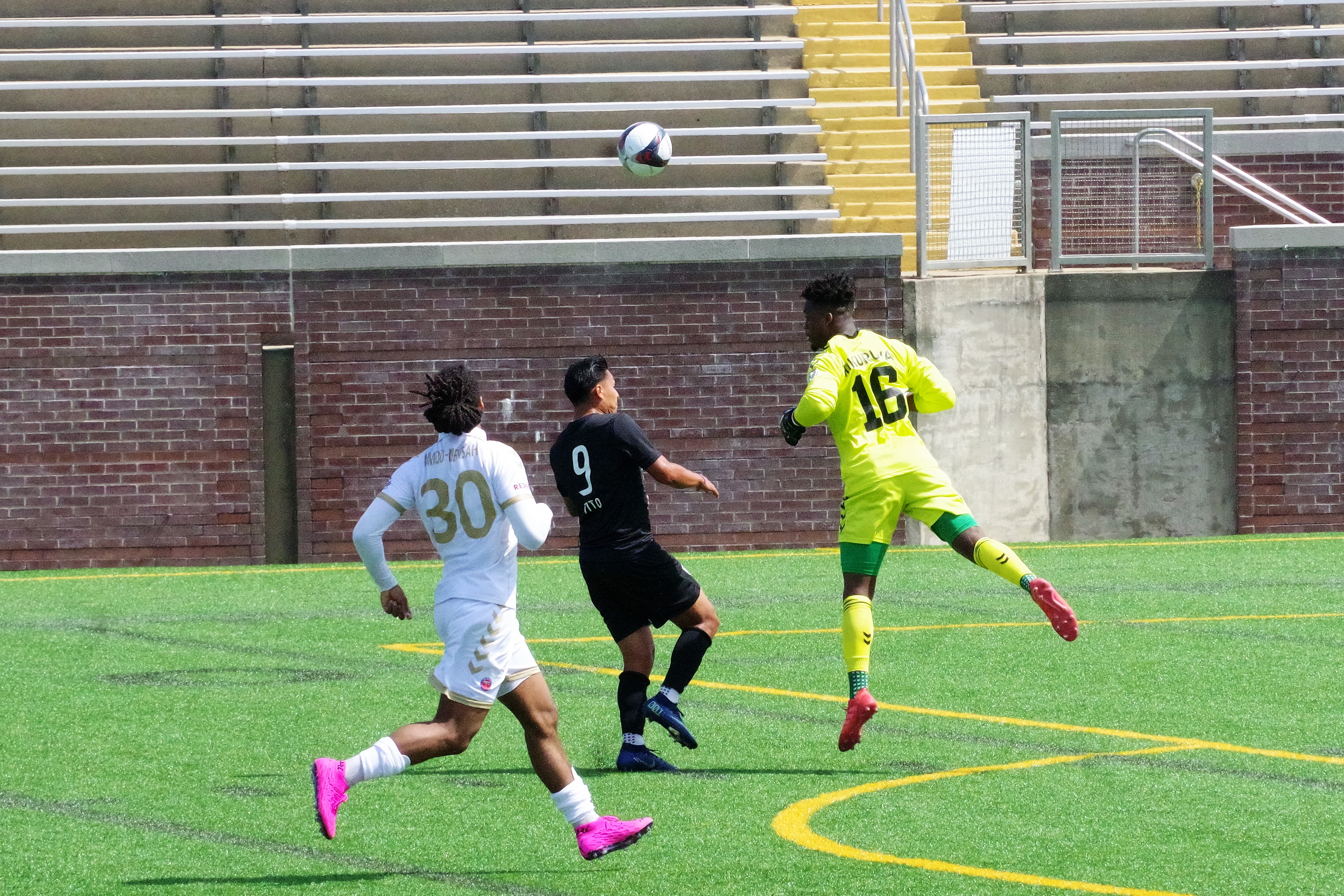 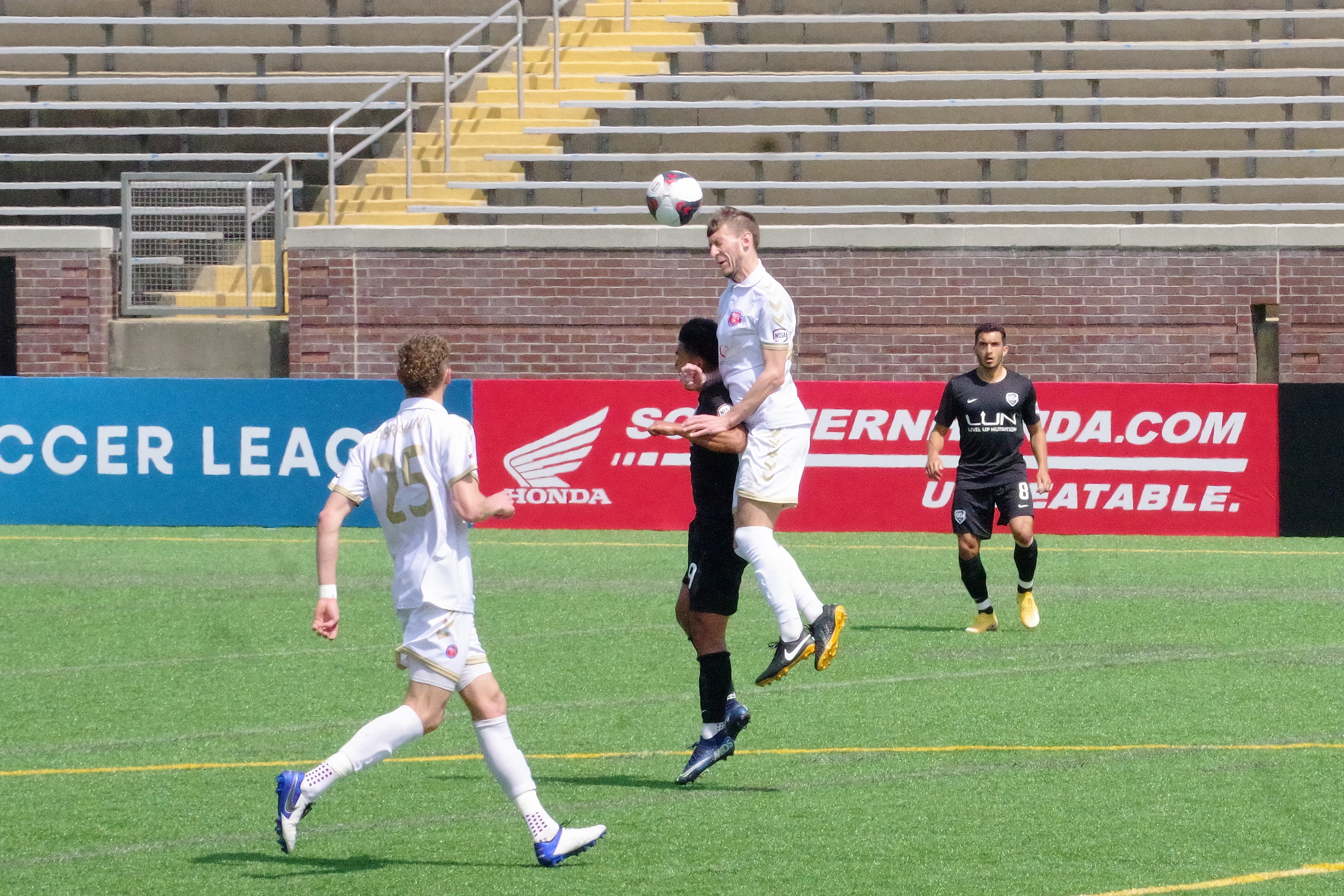 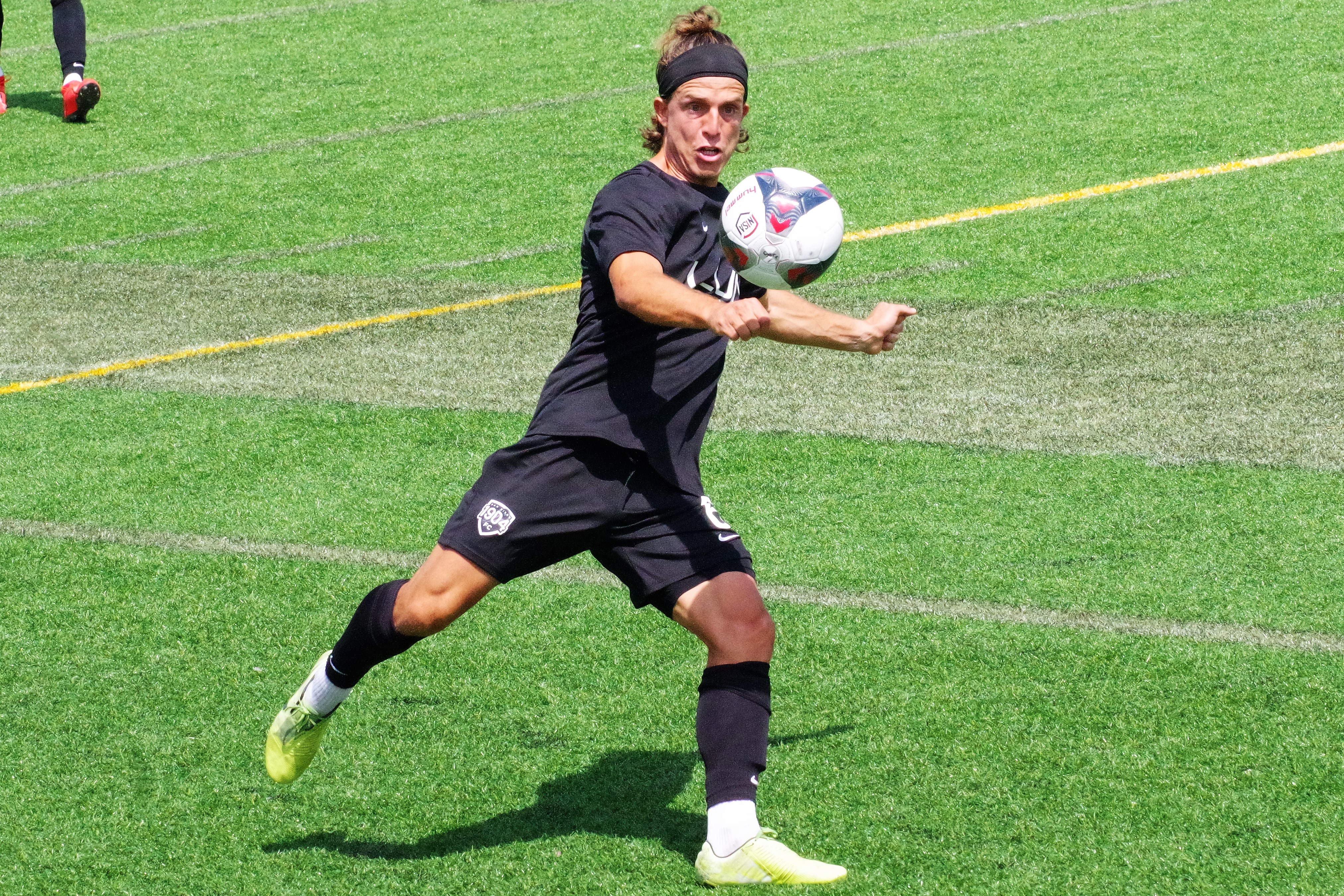 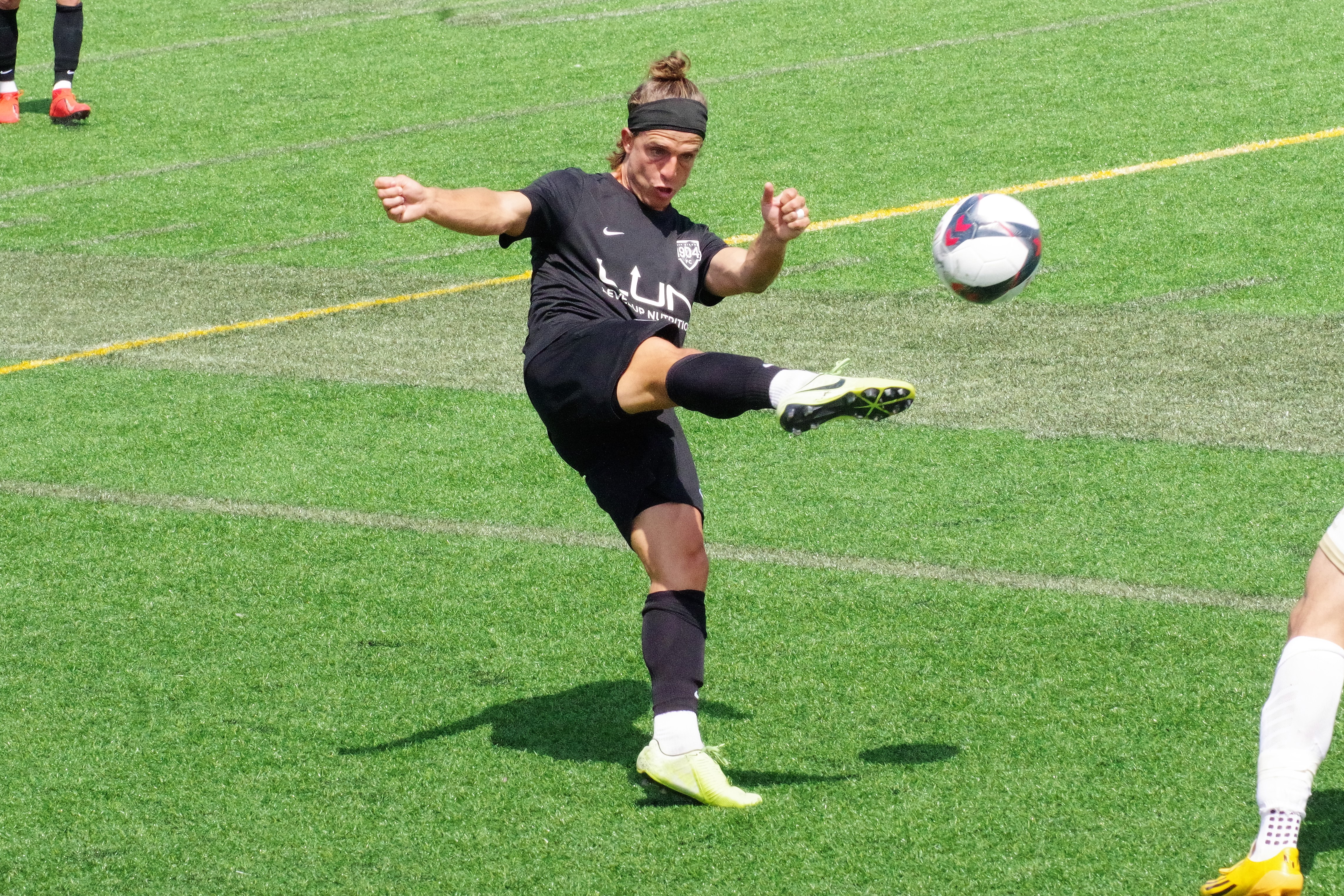 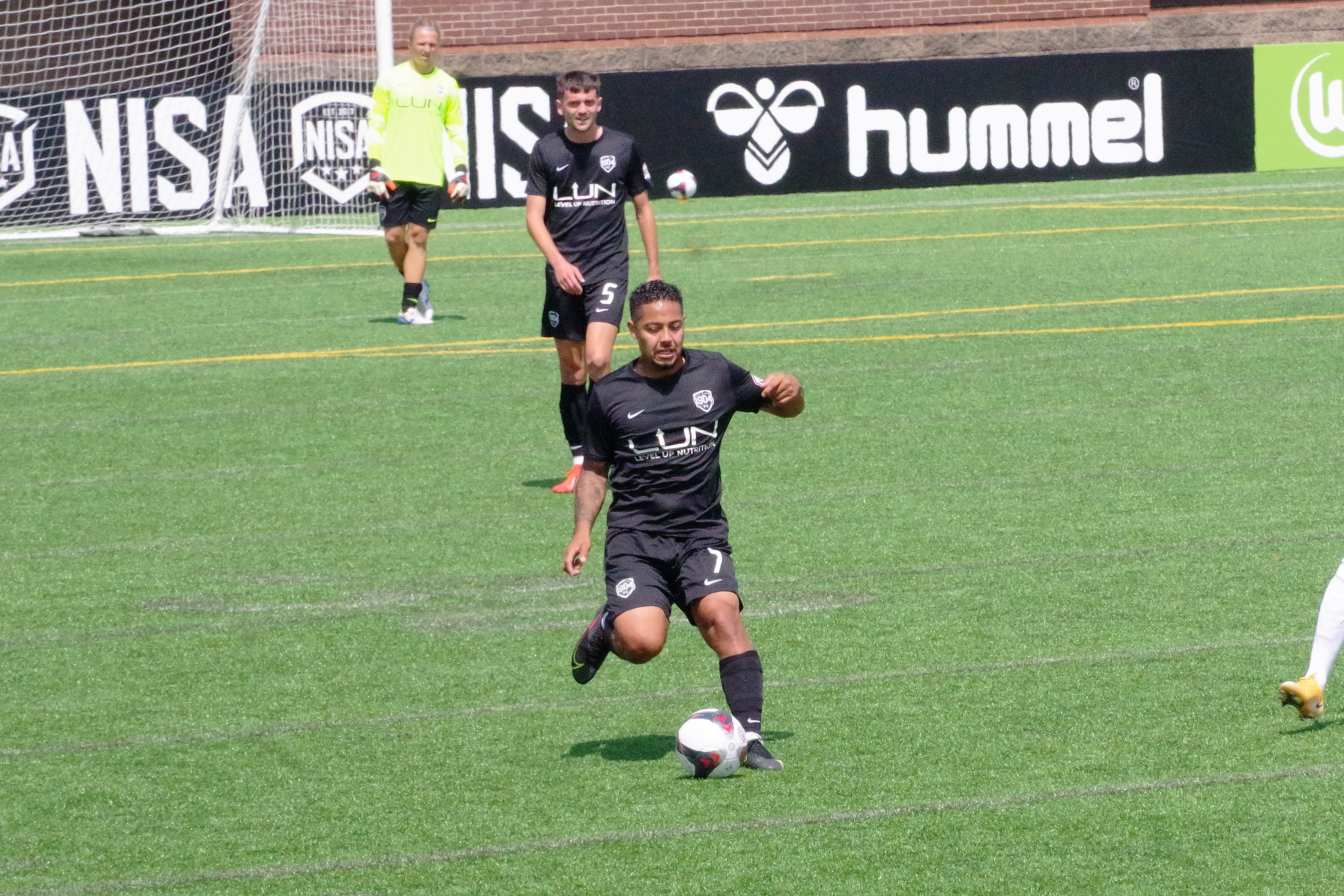 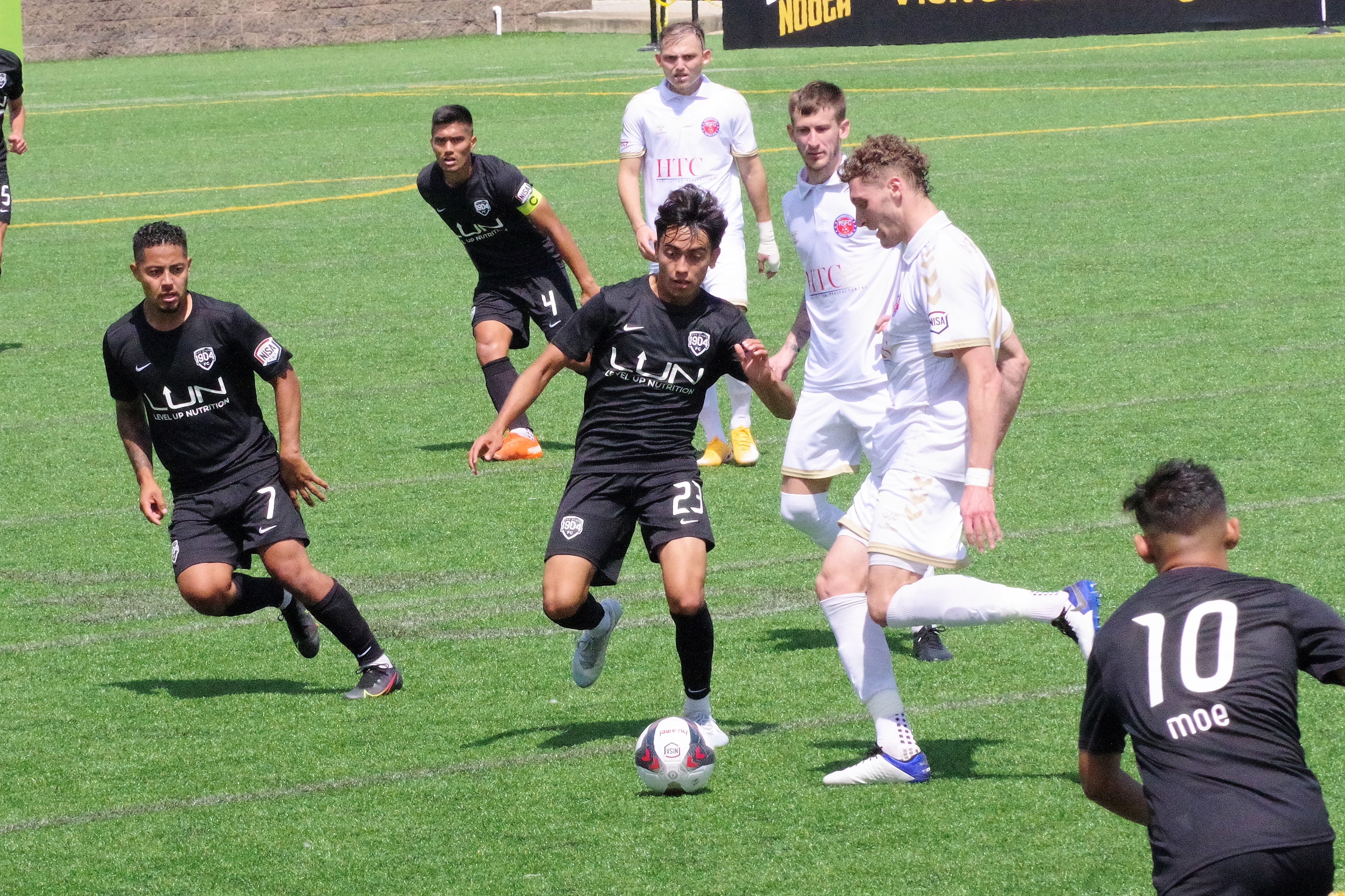 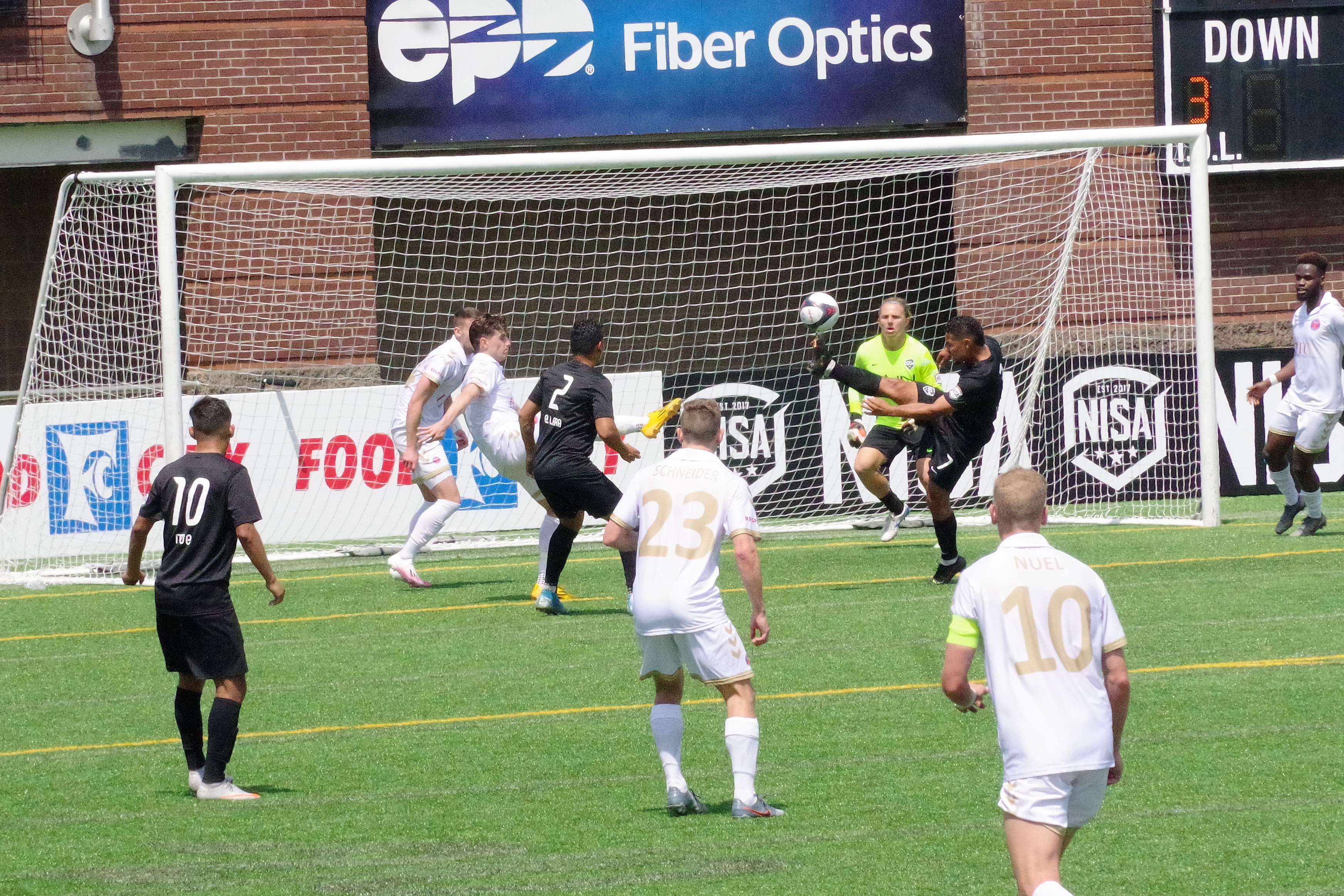 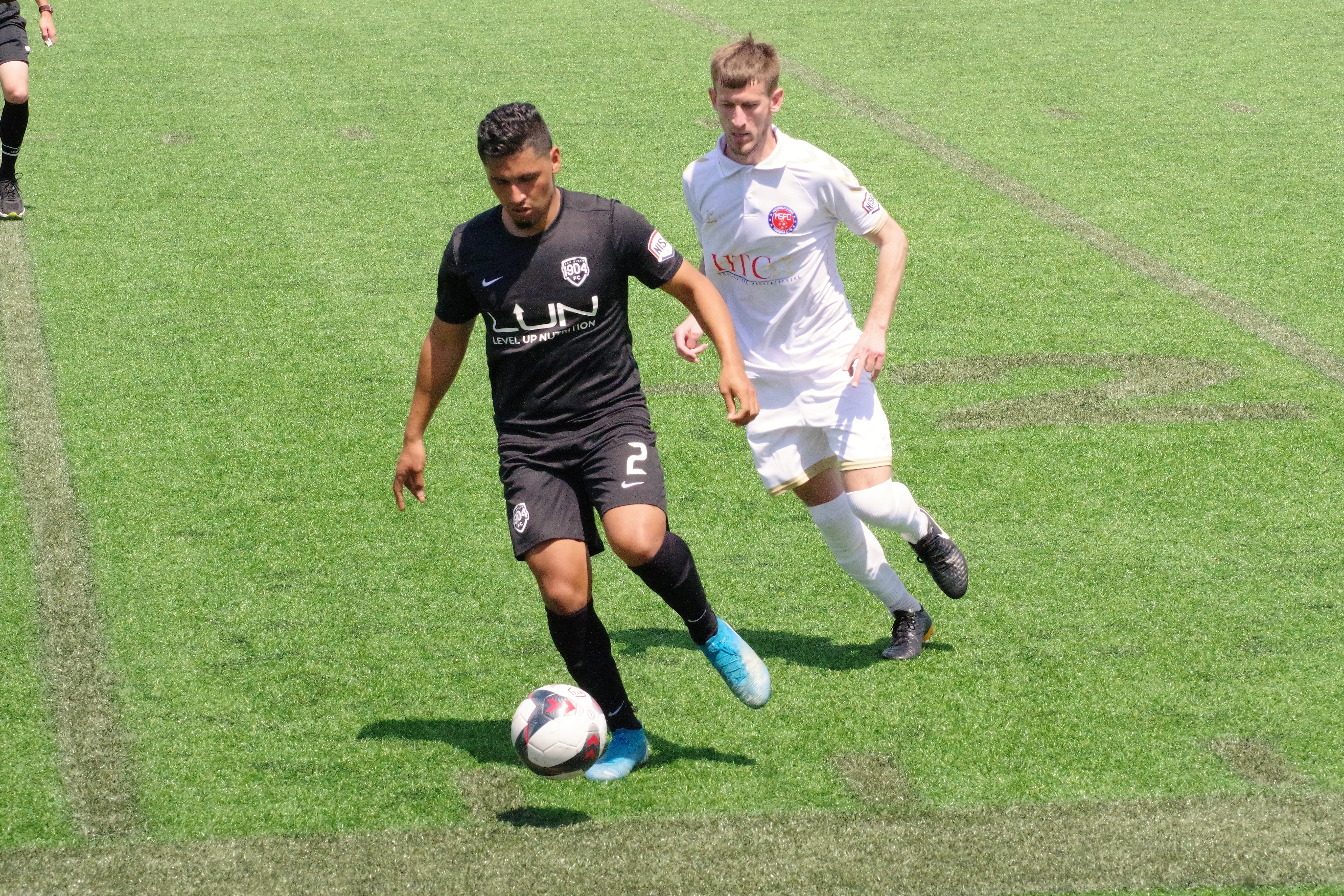 In the second half, the Stars came out strong again, pressing 1904 as they tried to play out of the back.  In the 61st minute, Marson was forced to fire a long ball out of the box as a Star was rushing in.  The ball found the head of a Star who propelled the ball back toward the box, finding Alex Satrustegui who slotted the ball into the back of the net, giving the Stars the lead.  This forced the San Diegans to play more offensive, yet the pressing Stars frustrated their advances.  A yellow card was shown to Brian Vang for his collision with Felipe Liborio in the 67th minute in the 1904 half of the pitch.  At the 80th minute, a hydration break took place after which the Stars stopped pressing and 1904 was able to apply some offensive pressure.  In the 85th minute, Joseph Aidoo earned a yellow card for clipping the legs out from under Romario Lomeli, but it was his second yellow card (and resulting red card) in added time, taking down Faisal Almubaslat in the box that set up the penalty kick equalizer by Ernesto Espinoza. 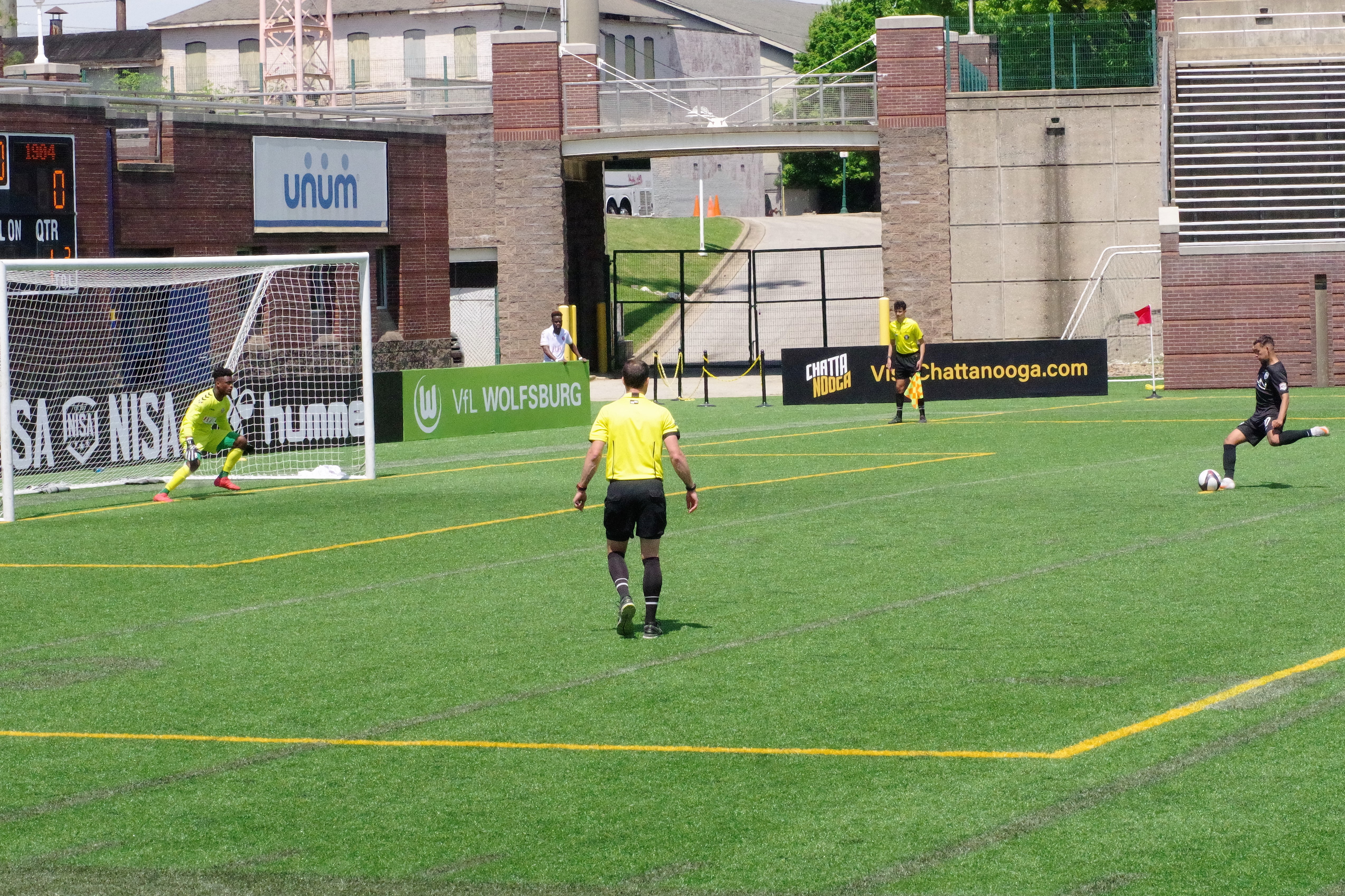 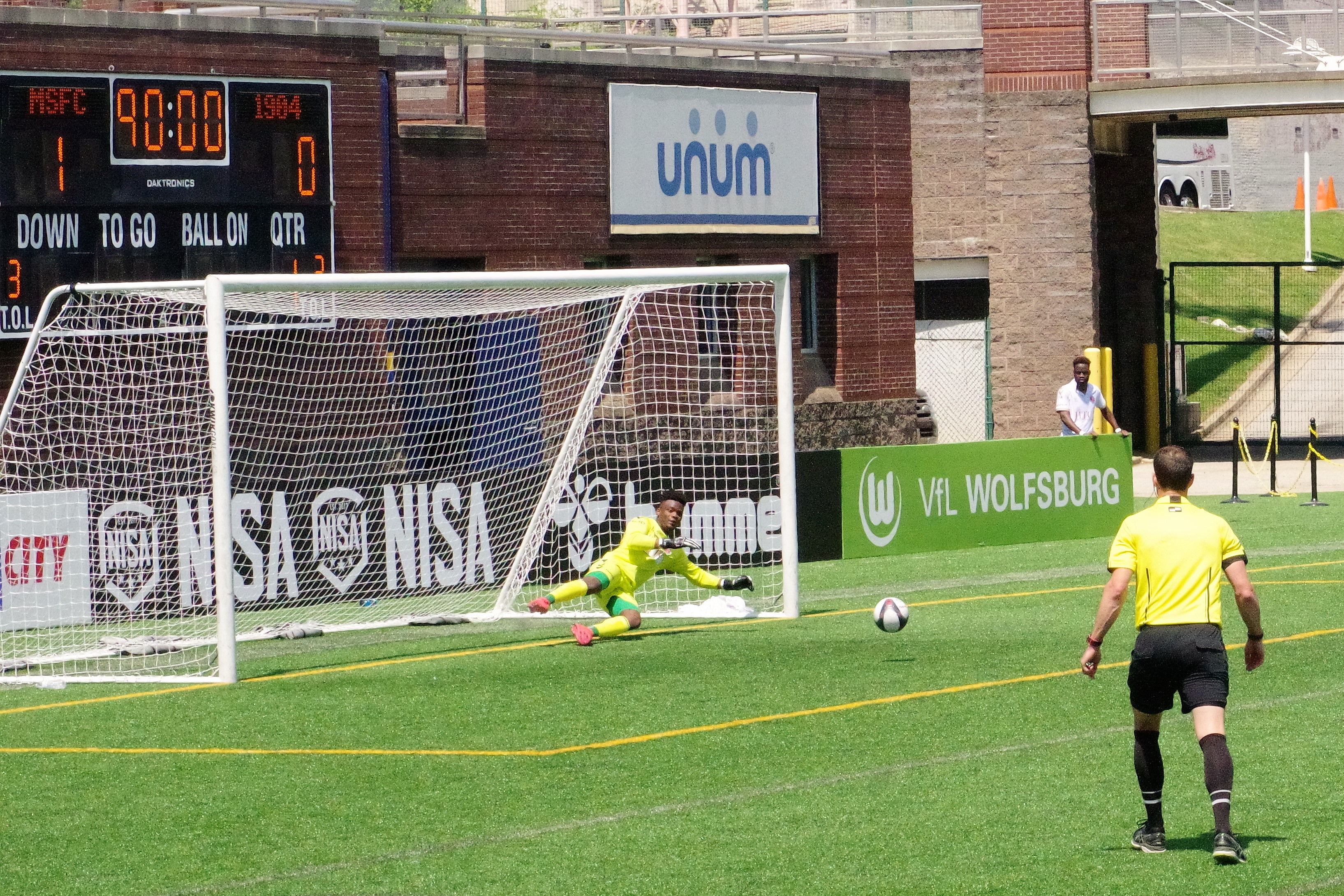 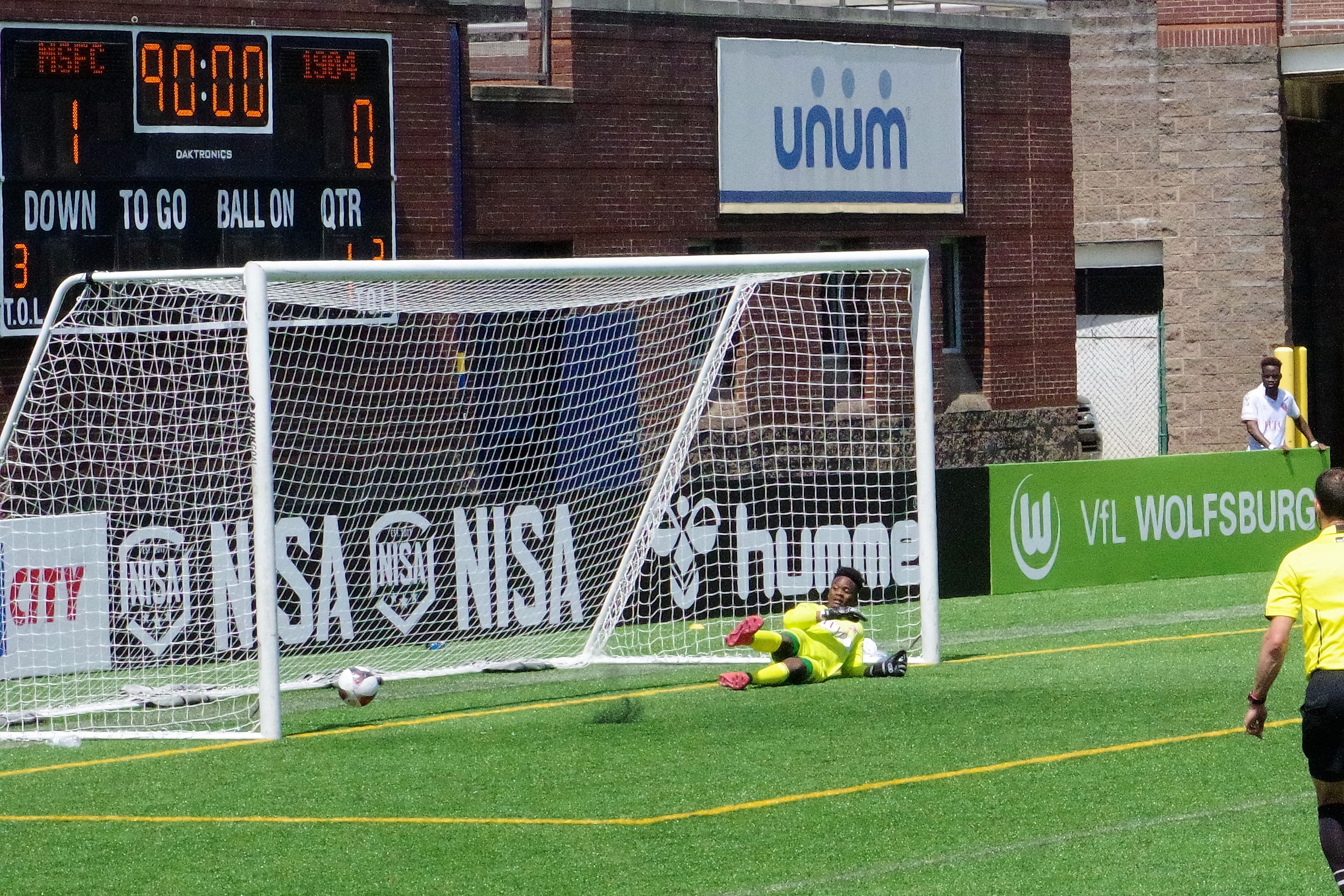 The teams shared a point.  In three days, 1904 FC would face the Maryland Bobcats, and the Michigan Stars would have to wait six days to battle the Bobcats in the final match of the group stage play.