The Maryland Bobcats made their professional debut against 1904 FC.  The Bobcats were founded in 2009, based in Montgomery and Prince George’s Counties in Maryland and fully minority-owned.  The day before, they joined the Anti-Racist Soccer Club Coalition with owner Jide Saba stating “It has always been the goal of the club to build a club for the people and by the people. A club that represents our community and shows the diversity and the culture of our players. This is another step to show that we mean business and we are very committed and understand the problem that our minority players, coaches, staff, and community face.” 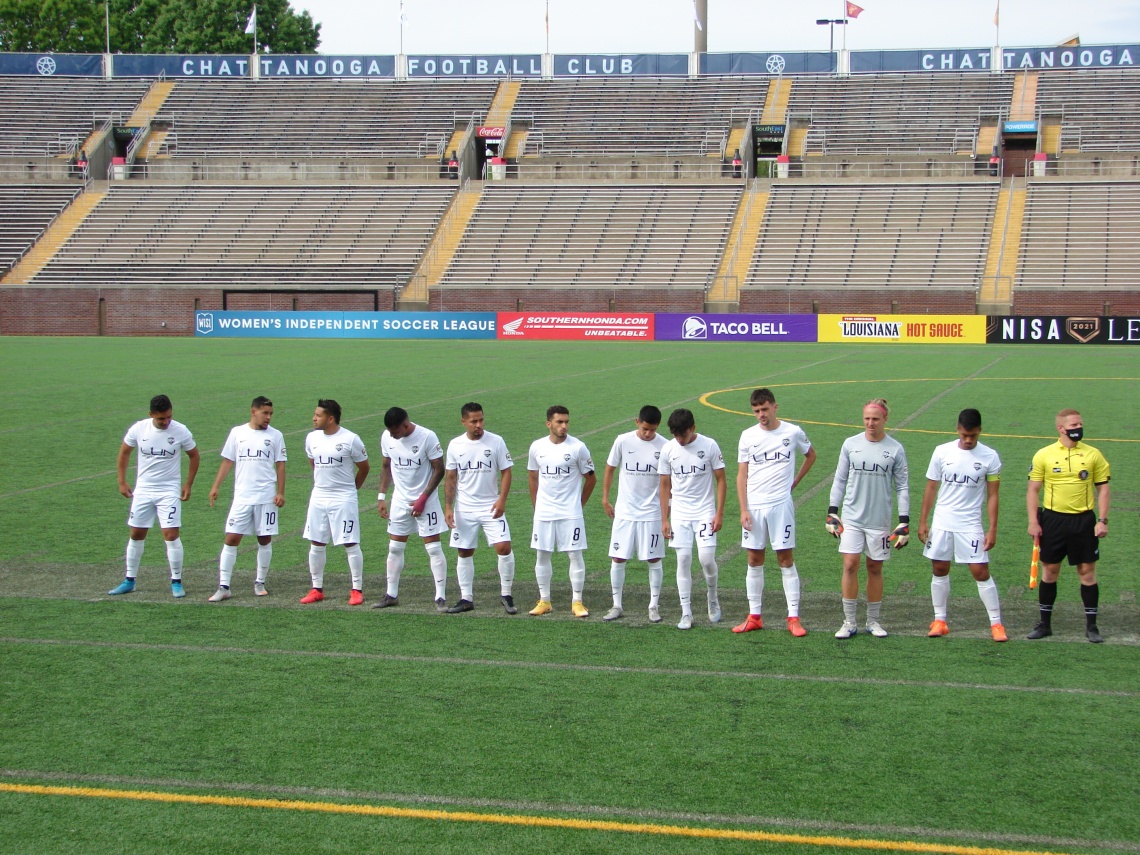 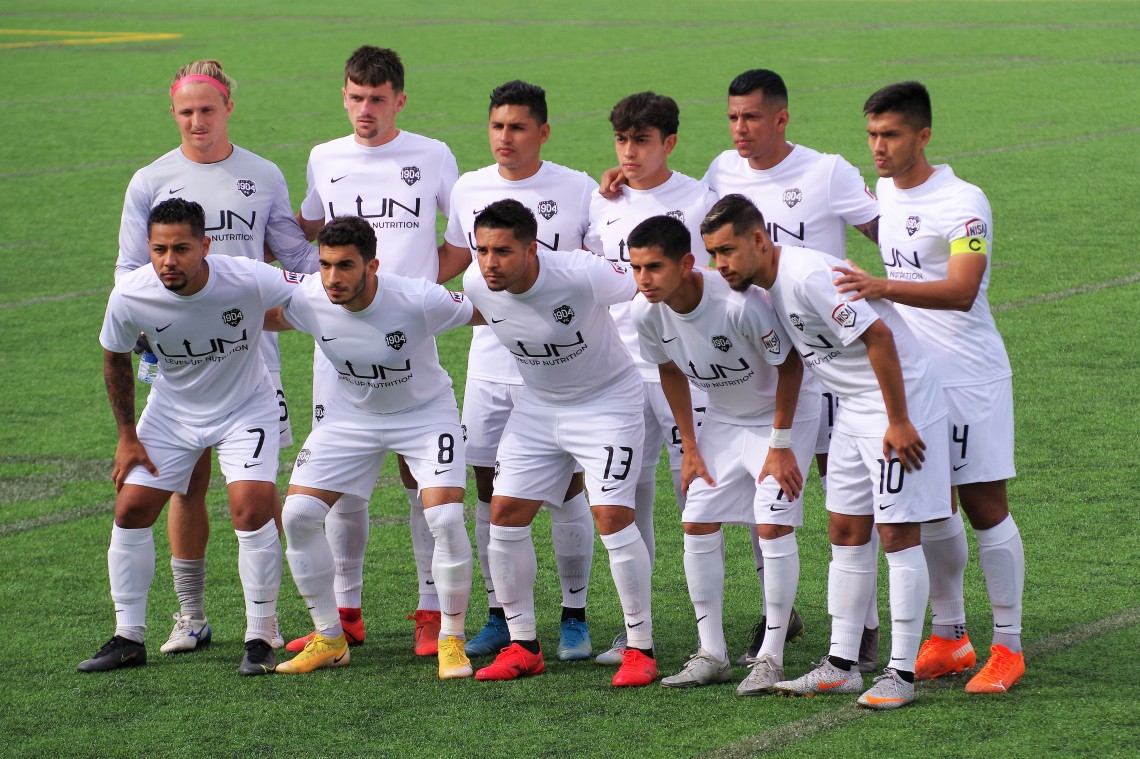 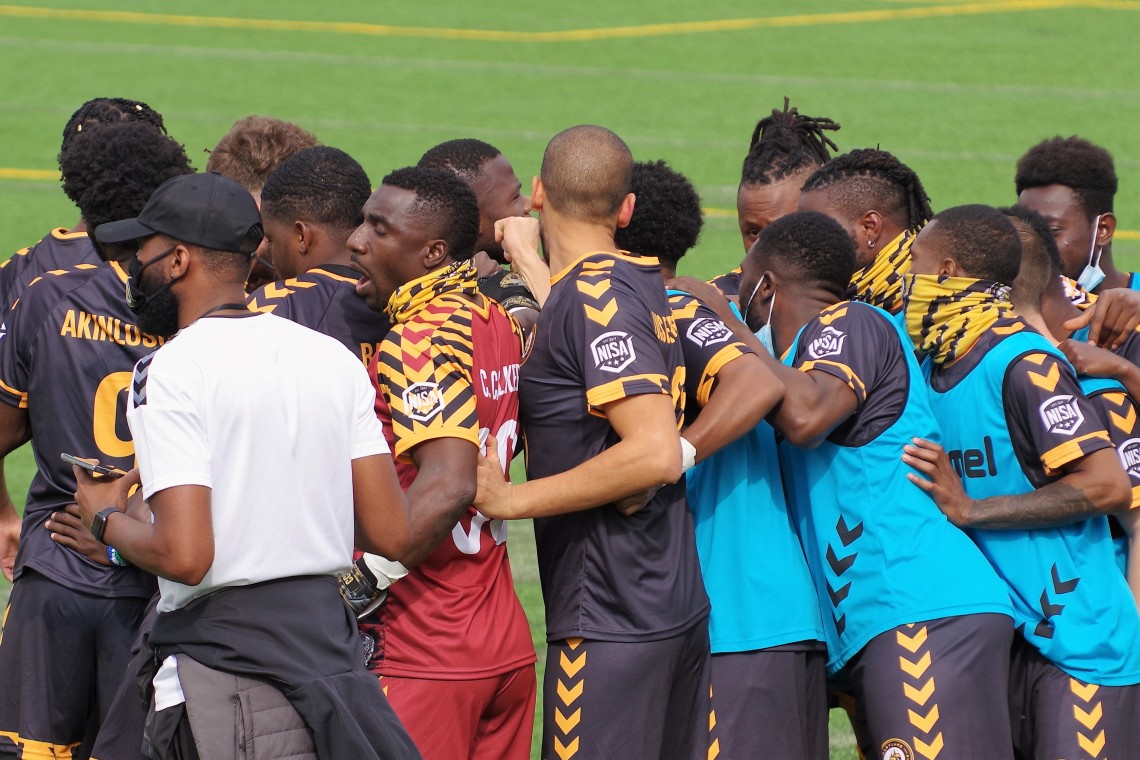 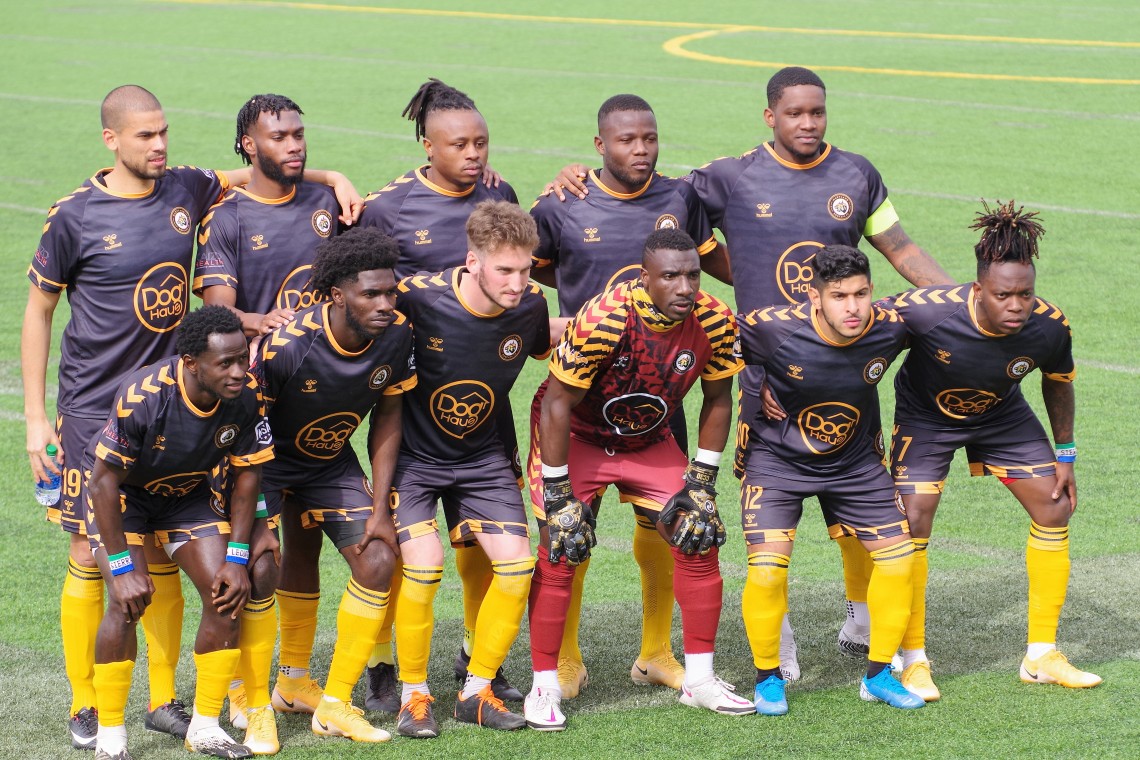 Both teams came out strong, but it was the team from San Diego that struck first.  From five yards outside the right corner of the penalty area, Ernesto Espinoza chipped the ball diagonally across to Cesar Romero Jr. who was making his run past the Maryland defender.  The ball landed perfectly and Romero, wide open, chipped it past Christian Caulker to give 1904 FC a 1-0 lead in the 14th minute.  Romero was very close to being offside, but he continued the play and the referee ruled him onside when Espinoza kicked it.

Two minutes later, Espinoza down the middle of the pitch placed the ball behind the defenders and into the path of the streaking Romero.  Caulker came out to cut down the angle, but Romero guided it past him and into the net, giving the San Dieagans a two-goal lead.

The frustration in the Bobcats squad began to show, and the match became chippy.  Bryan Argueto (20′), Davey Mason (39′) and James Pele Sesay (42′) were shown yellow cards as was 1904 FC’s Romario Lomeli (30′) by the time the half was over. 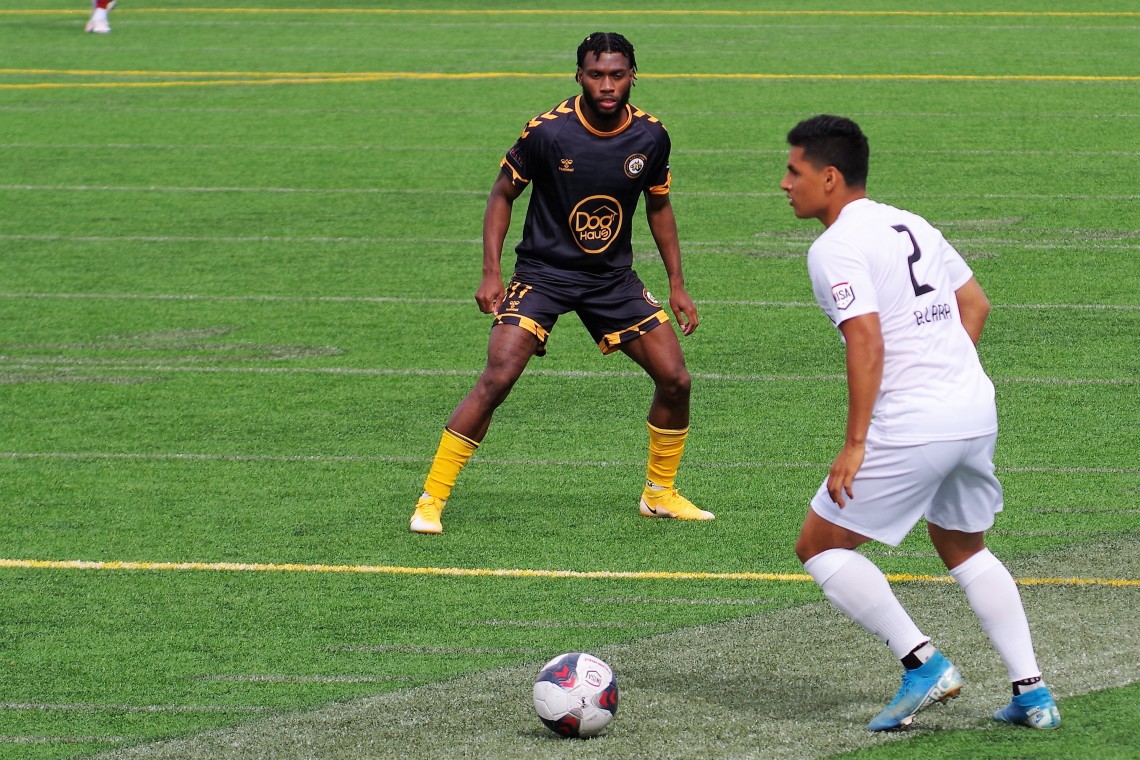 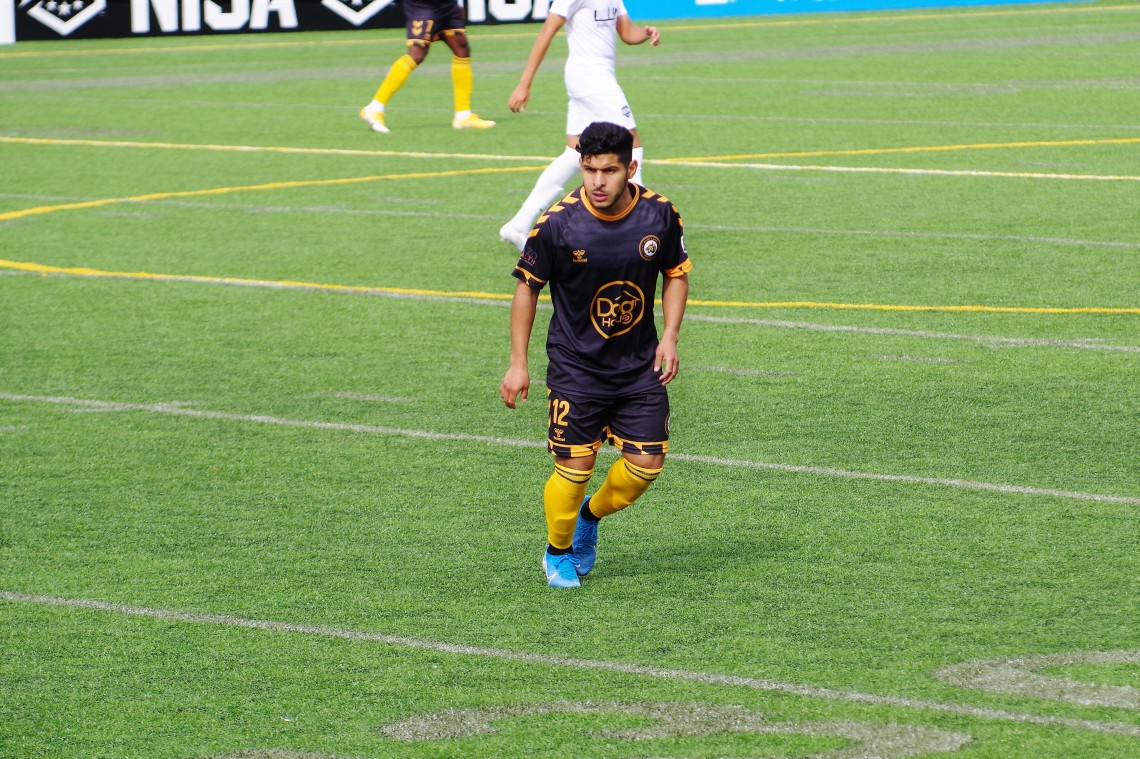 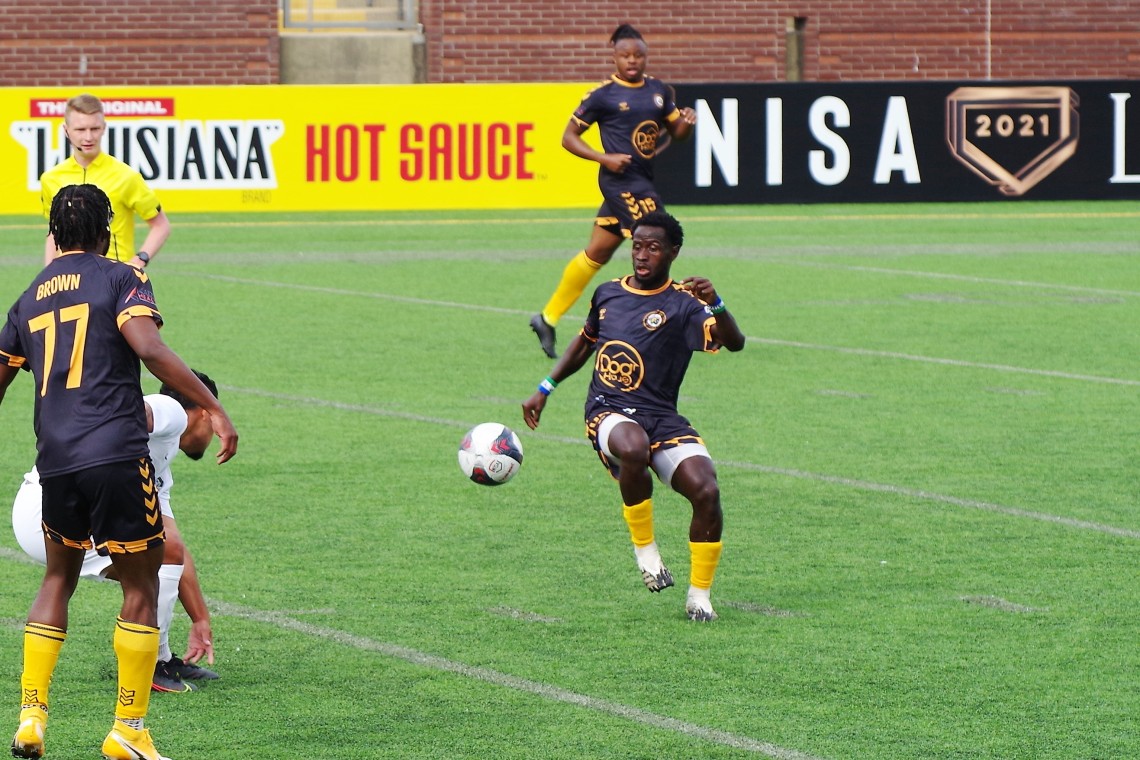 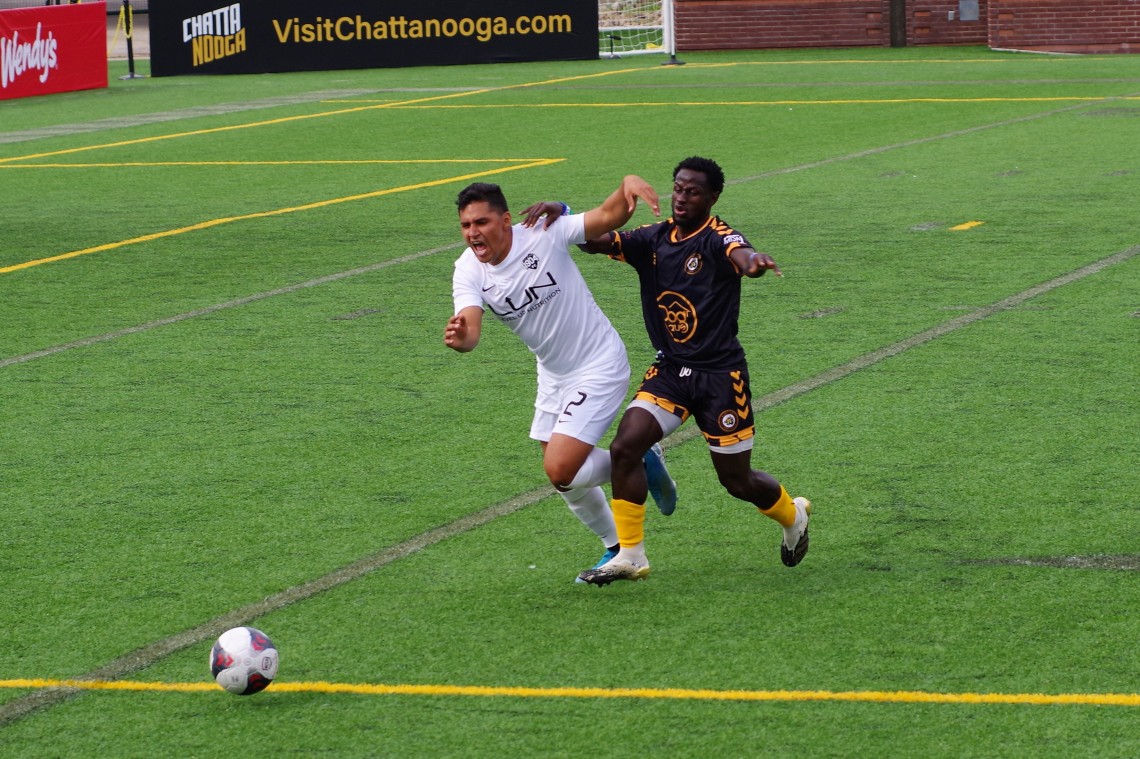 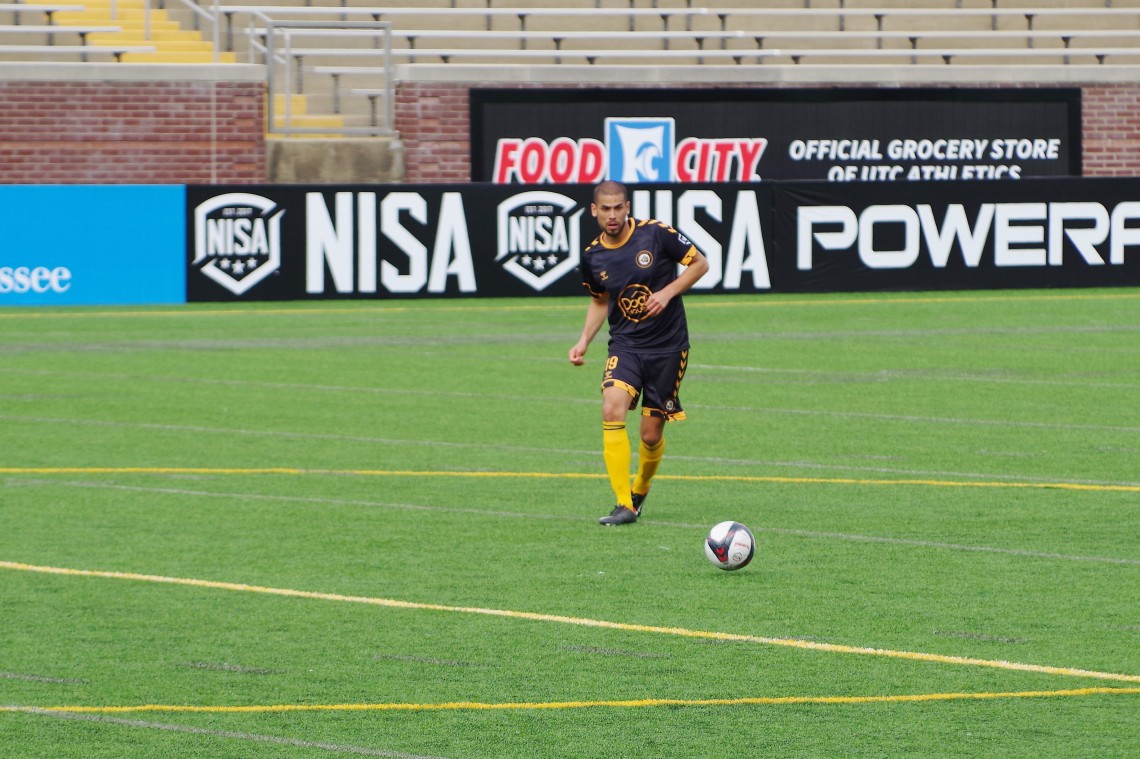 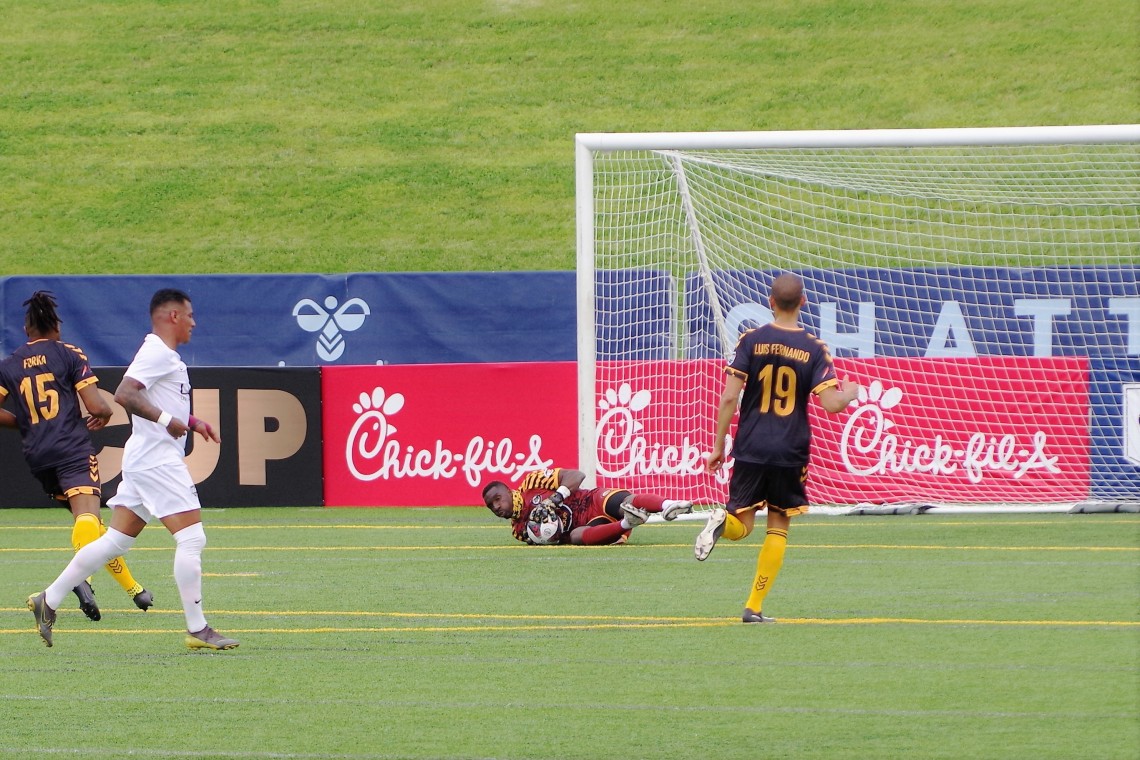 During the halftime break the Bobcats had time to settle down and regain their composure.

In the 61st Minute, Bryan Argueta capitalized on a defensive miscue in the 18-yard box.  A 1904 FC defender headed the ball too hard back to Misha Marson, which Argueta beat the keeper to, recording Maryland’s first professional goal. 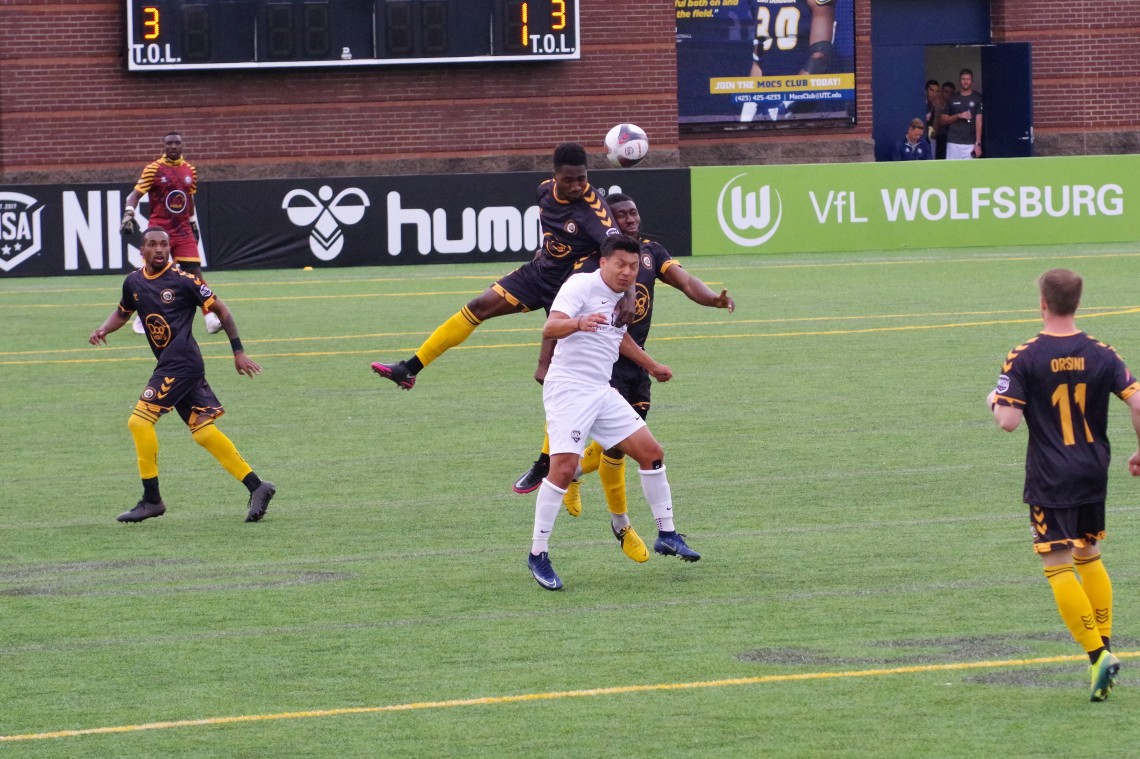 Things became testy again as the game wore on.  In the 78th minute, Maryland keeper Christian Caulker was shown a yellow card.  Three minutes later, Eder Areolla, who earned a yellow card back in the 68th minute, exchanged words with Caulker after a skirmish in the box.  Caulker’s actions earned him a red card. 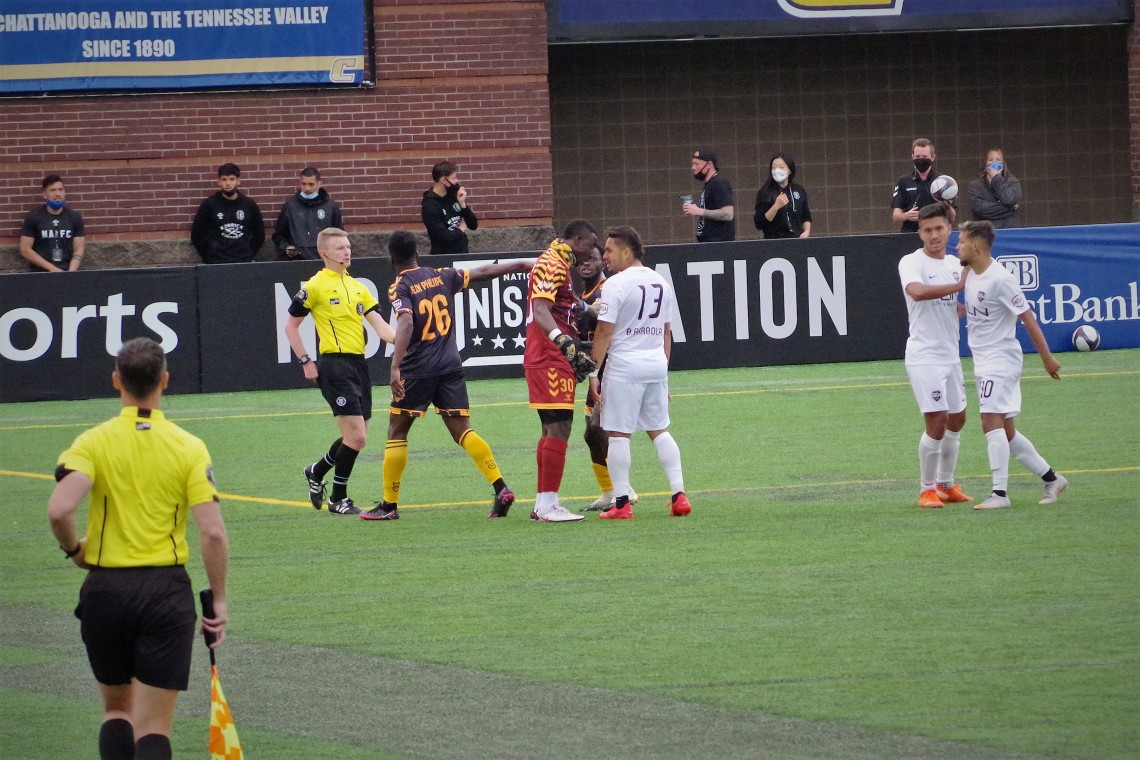 Maryland had used all of its allotted substitutes and was forced to have an out-field player to tend the goal.  Josselin Possian put on the pinny and the gloves to finish out the match between the sticks.

In the final minute, James Pele Sesay saw his second yellow, bringing Maryland down to 9-men, which pretty much sealed the victory for 1904. 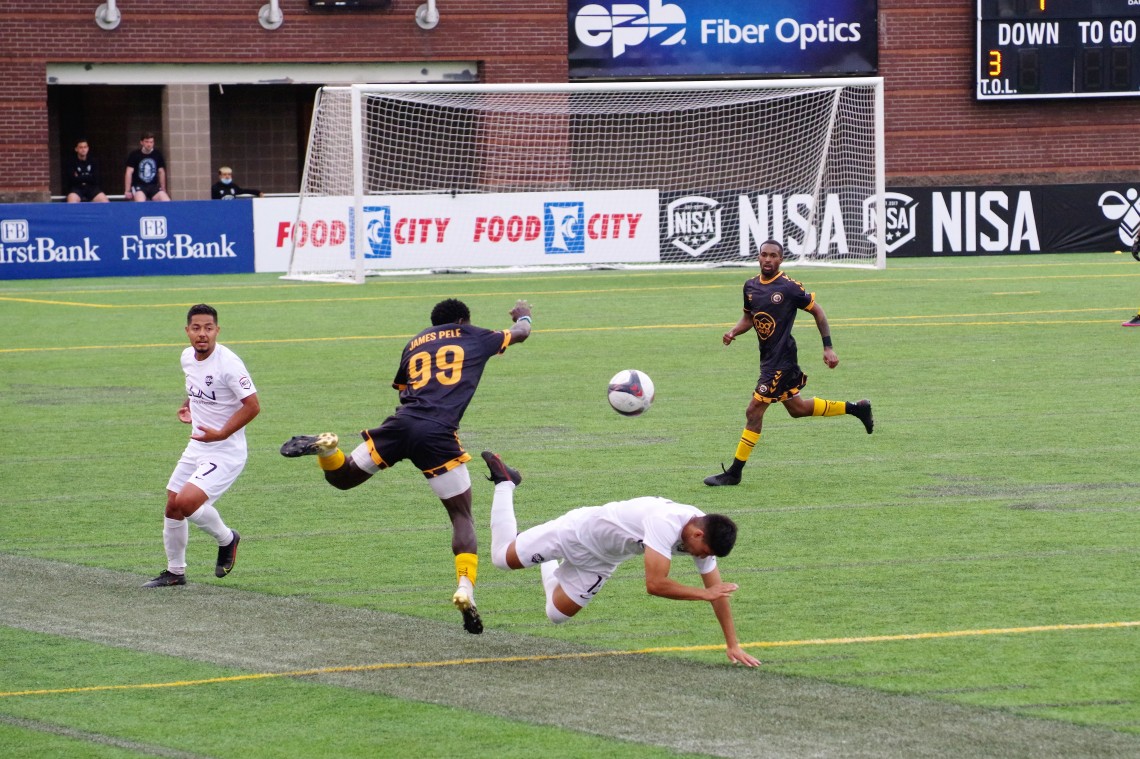 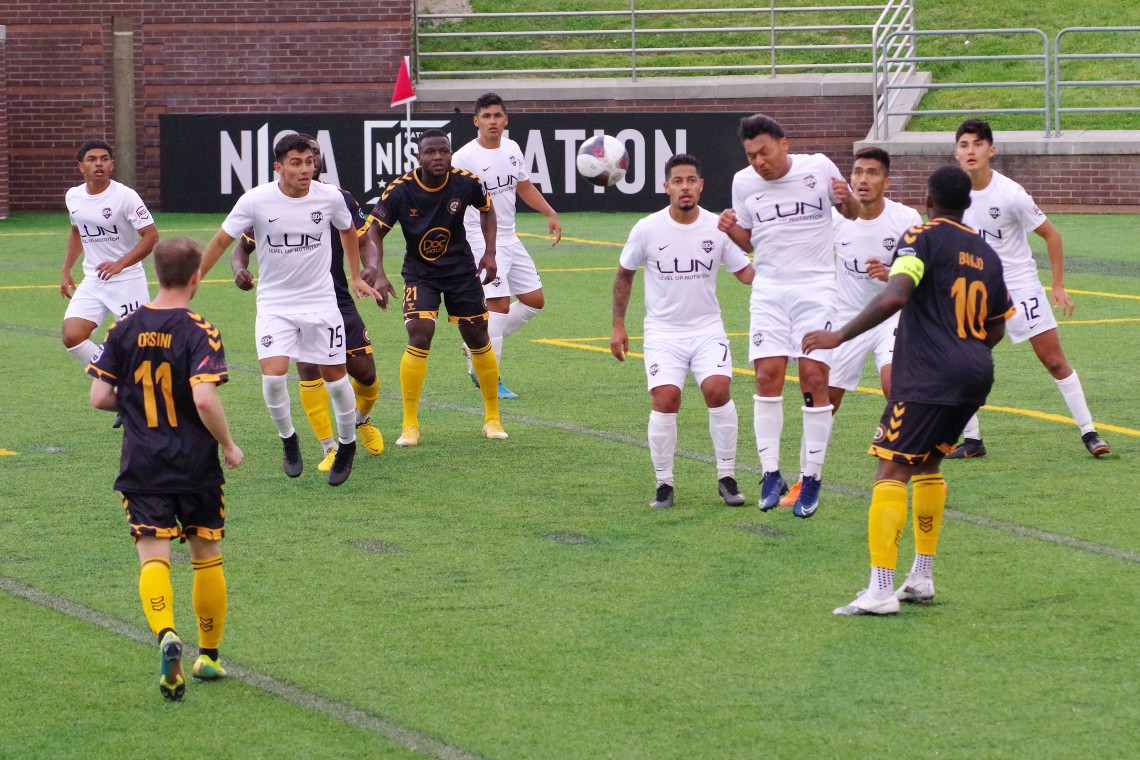 1904 FC finishes the Group Stage with one win and one draw, and a plus-1 goal differential.   Maryland would play the Michigan Stars in three days to close out their Group Stage.