One of three Detroit City FC matches on the day.  Earlier, the Women’s Reserve team defeated Rebels FC at the Canton Cup in Canton.  Then, a half-hour prior to this match, the Men’s U-23 team kicked off against Livonia City FC in Livonia.

Tonight was the Women’s Team’s third match in seven days.

The Chicago Mustangs are a new team in UWS, playing in the Midwest South division.  This was their first league match. 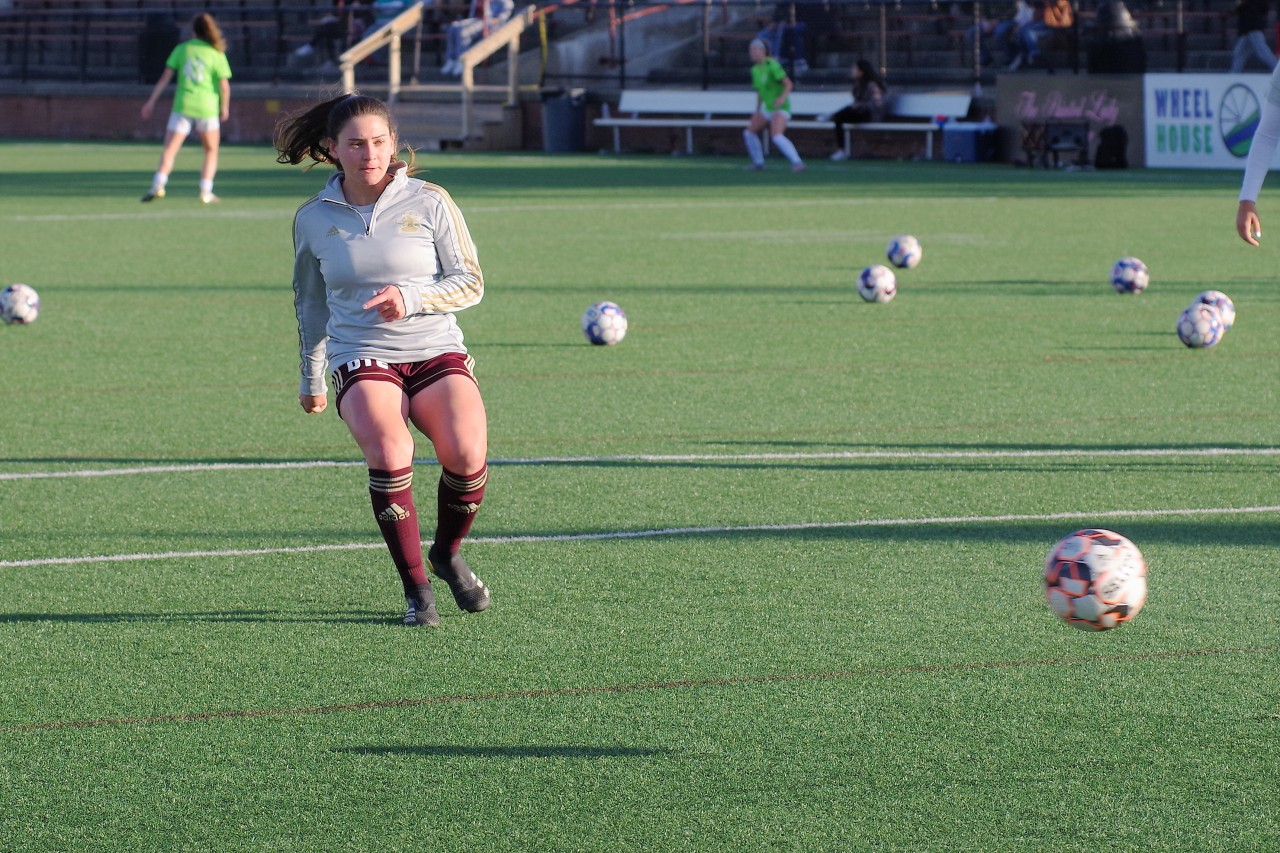 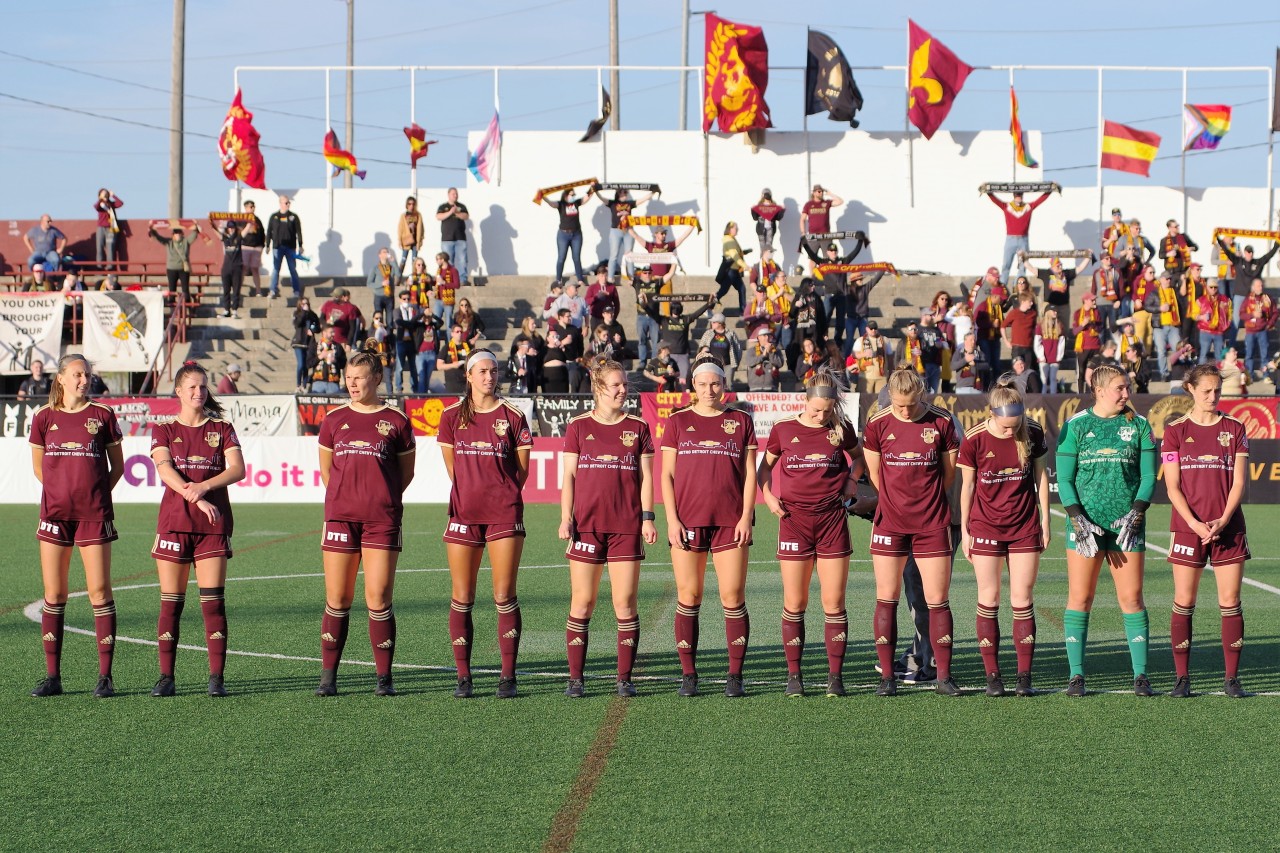 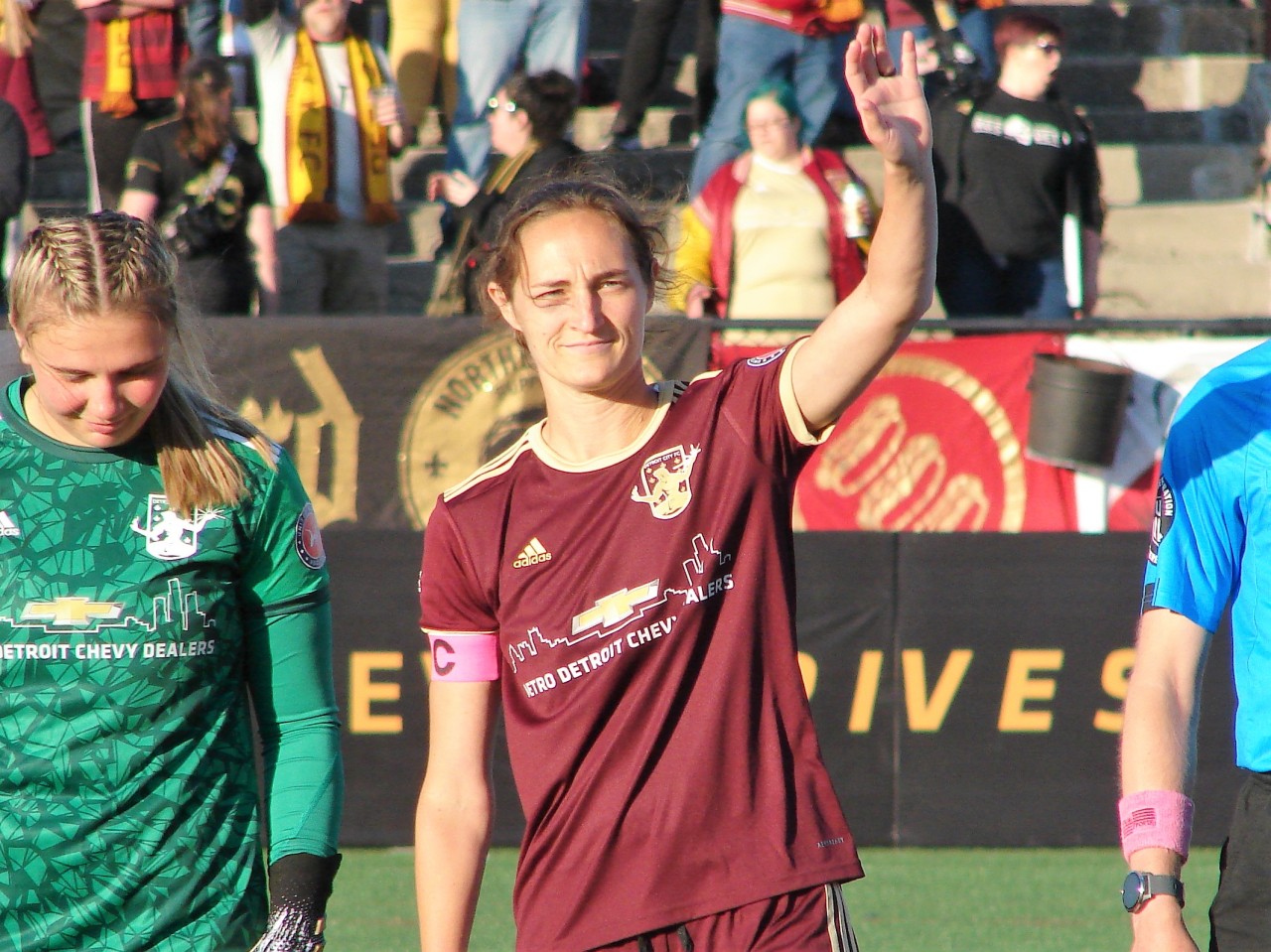 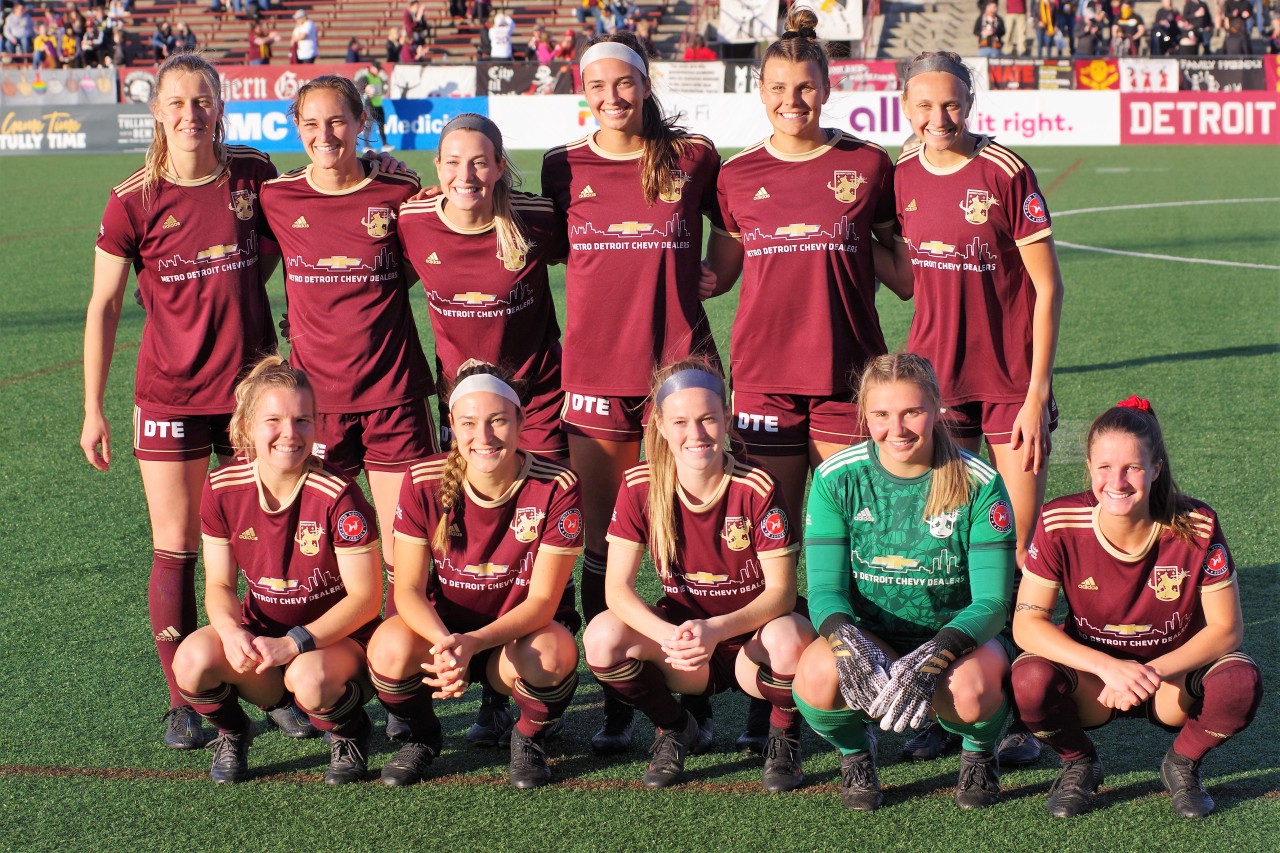 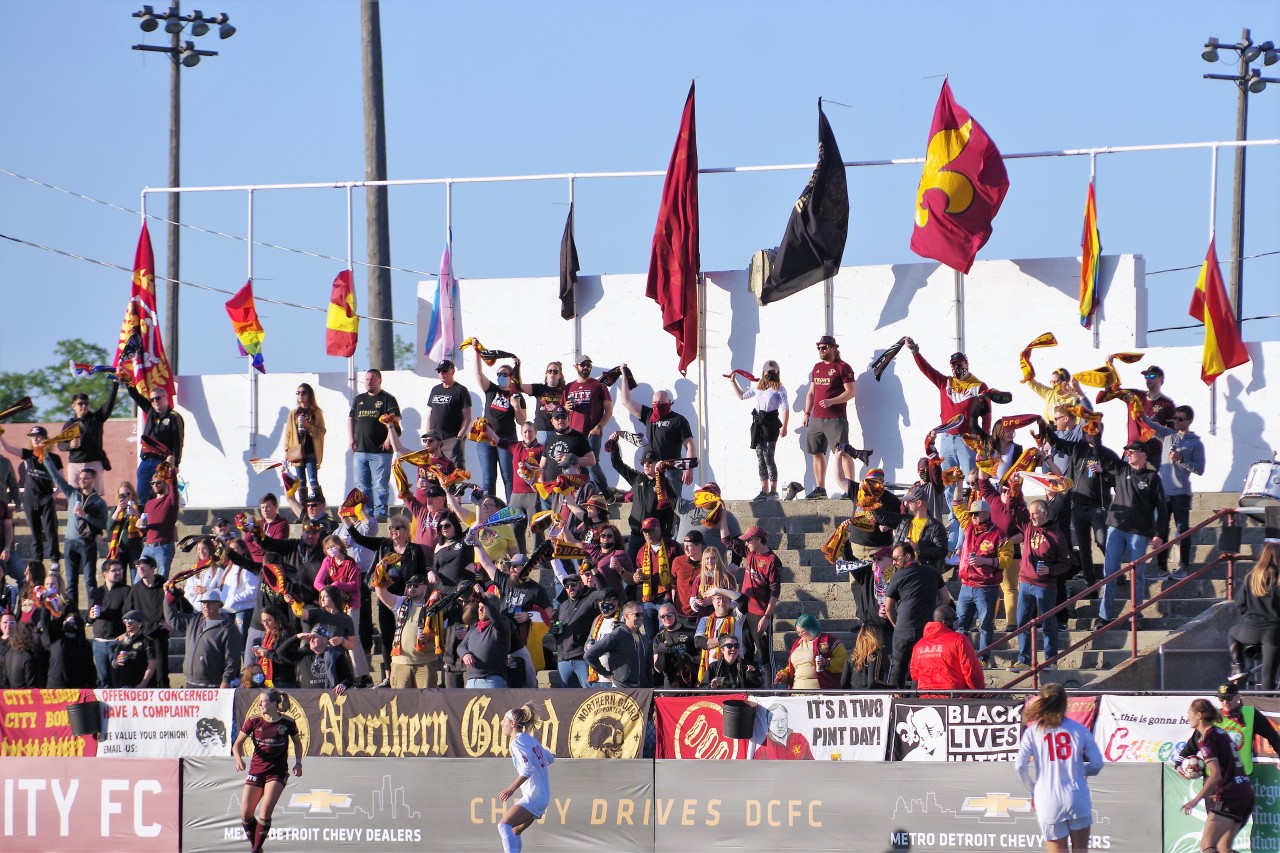 City spotted Chicago a goal in the 13th minute.  Mallory Olsson received a throw-in and moved the ball to the box where she fired a shot past keeper Becca Przybylo.  Olsson would get another chance two minutes later, breaking in alone on the City goal.  Przybylo stood strong and engulfed Olsson’s shot, then sent the Chicago forward airborne as the momentum of her save took the legs out from under Olsson.

In the twentieth minute, Tatiana Mason had the ball at the midfield stripe and sent it to the top of the box. Madison Wolfbauer out-muscled the Chicago defender and fired the ball past both the rushing Anna Karpenko and a sliding defender to level the match. 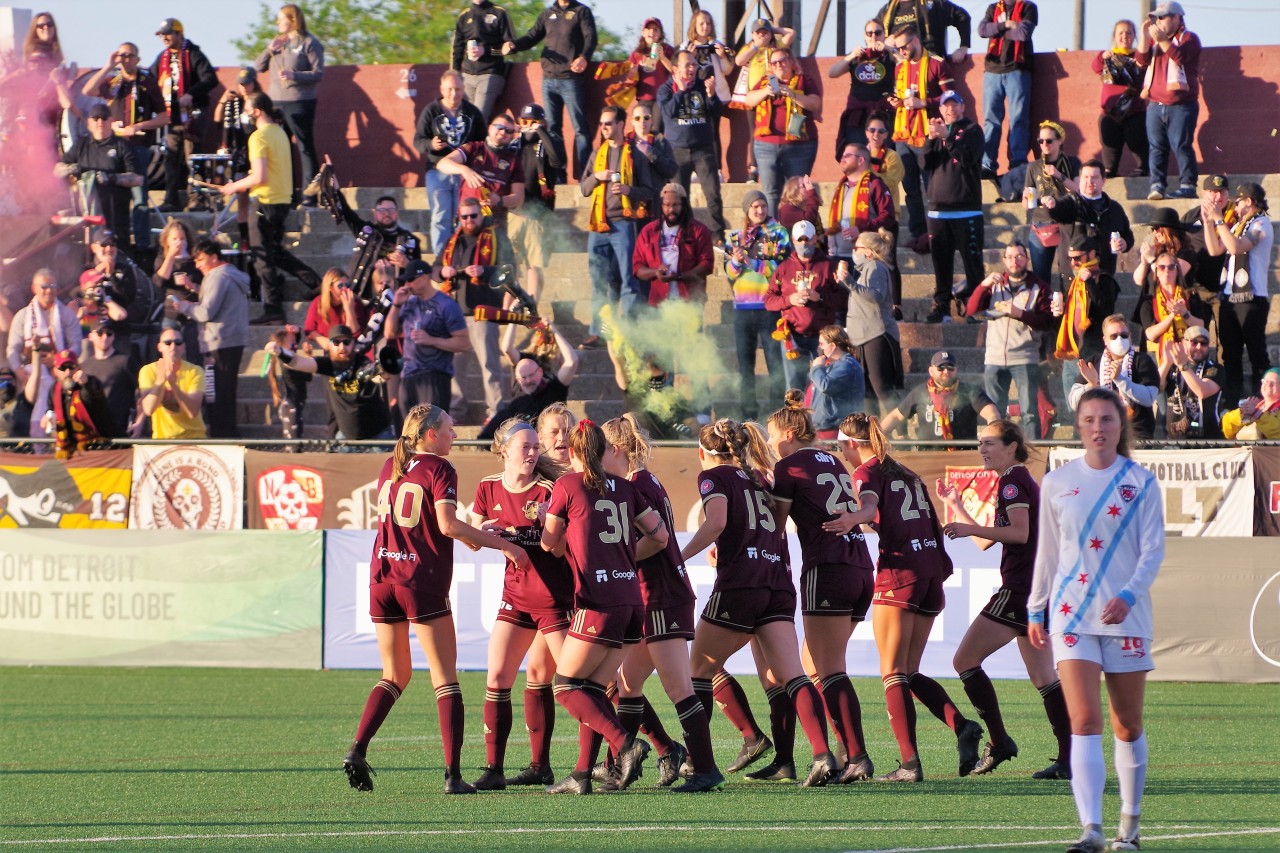 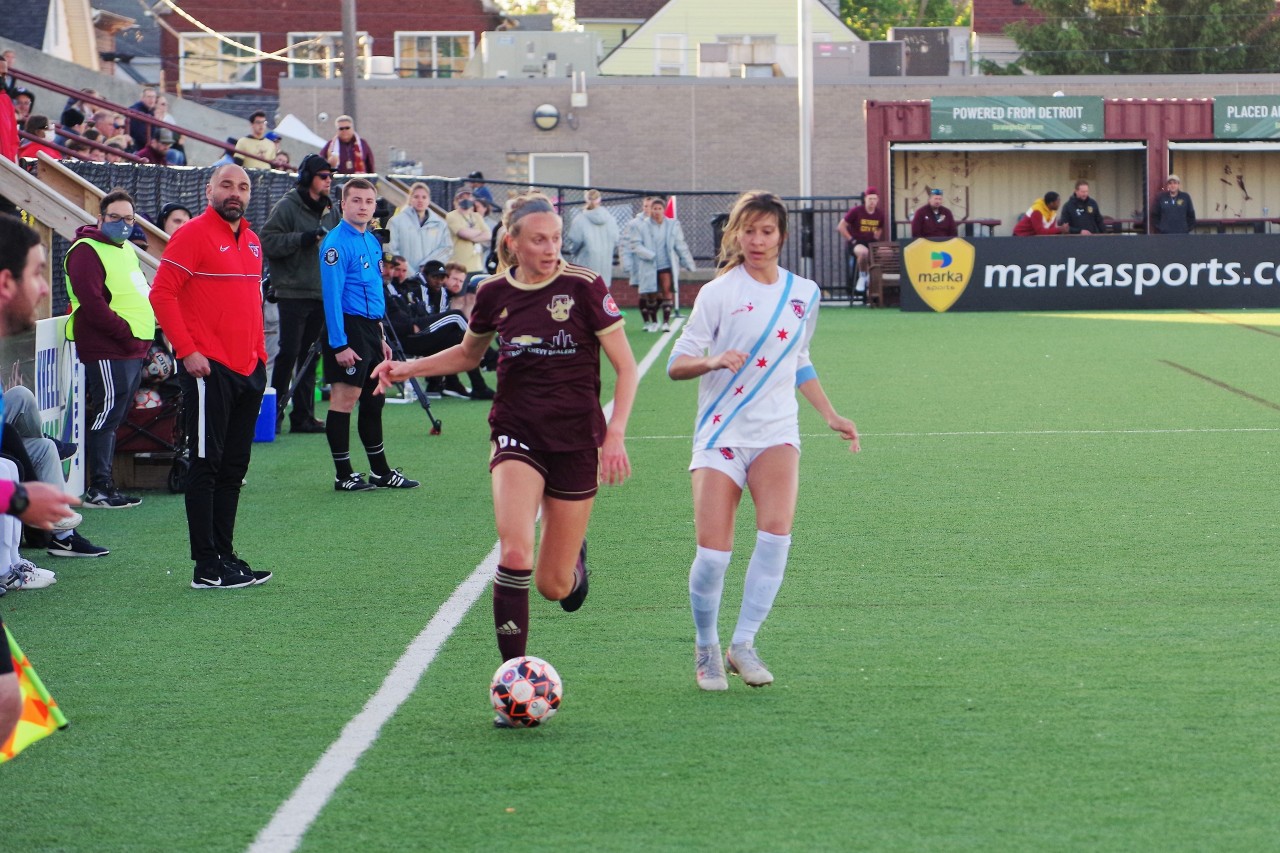 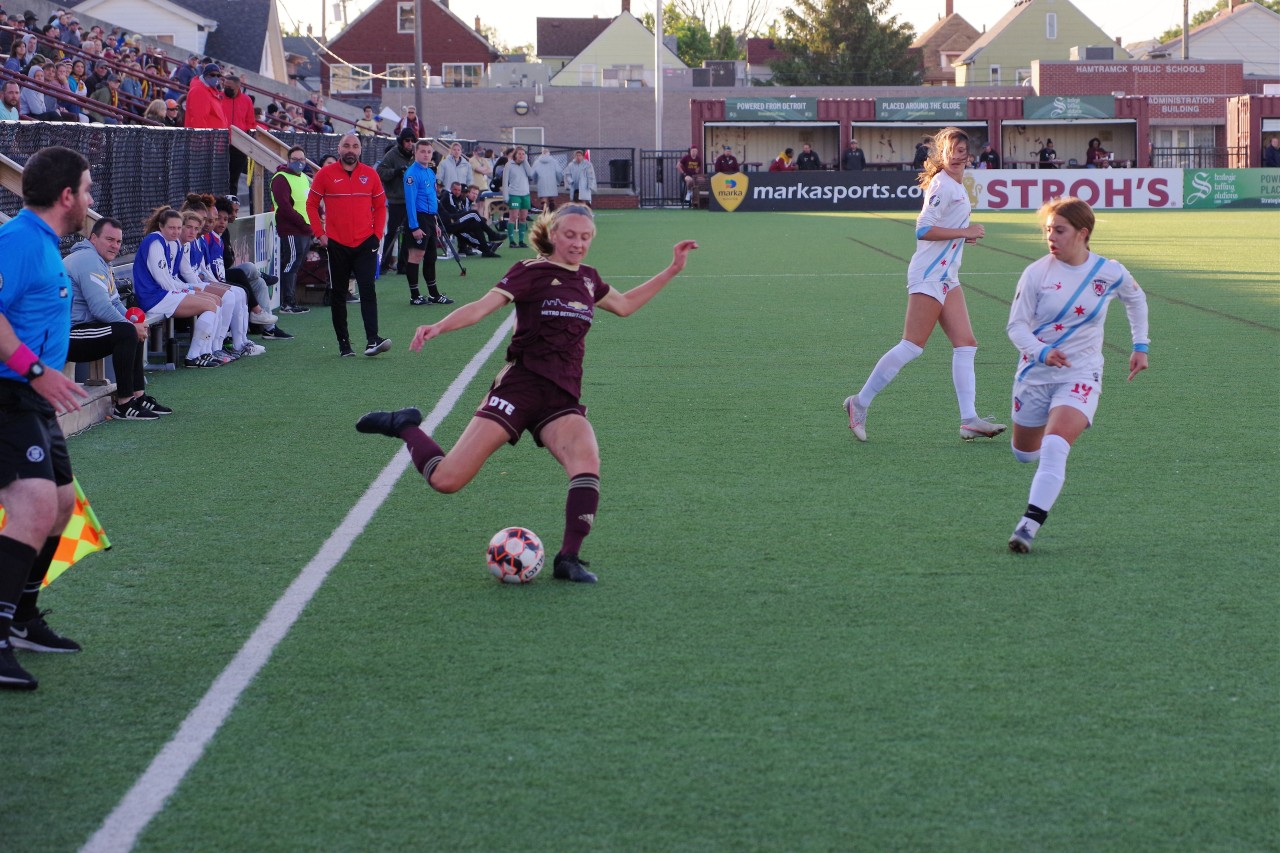 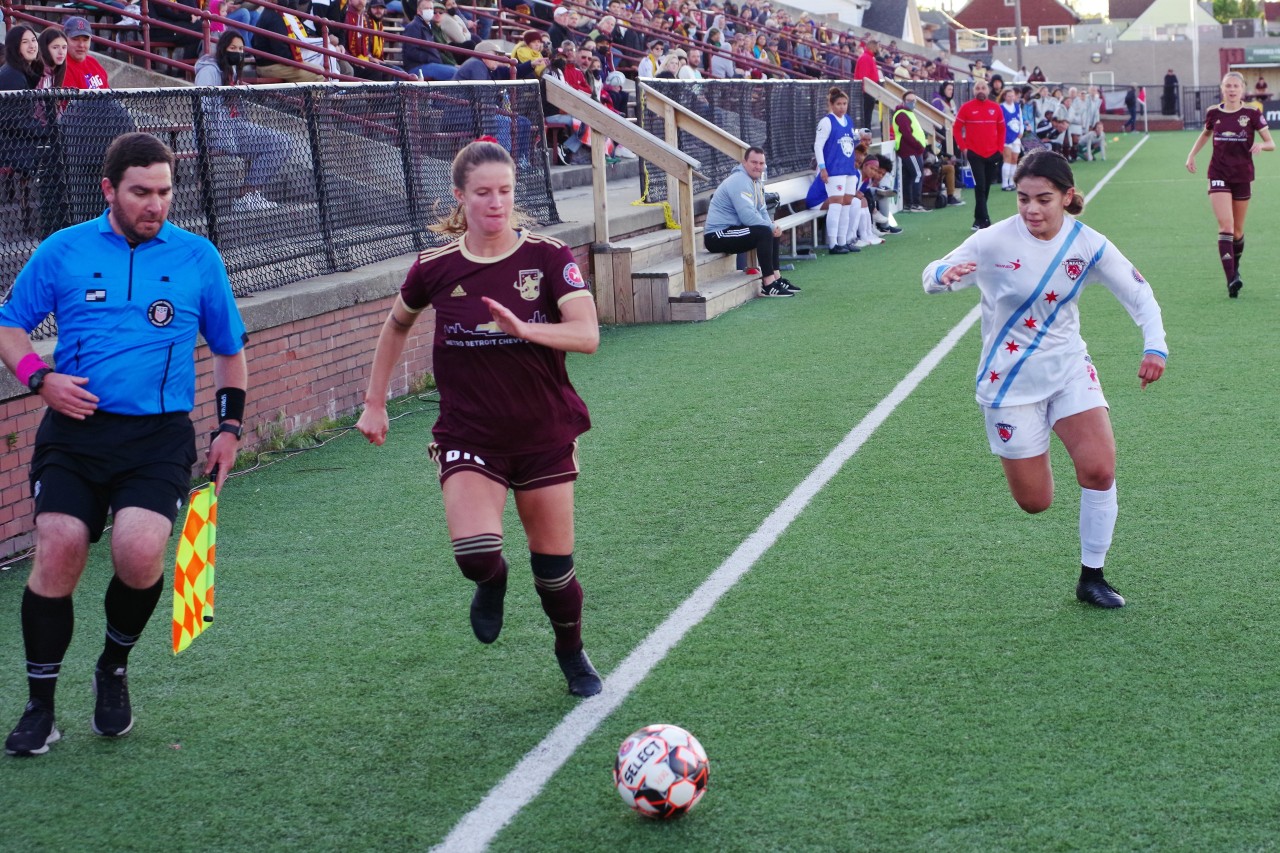 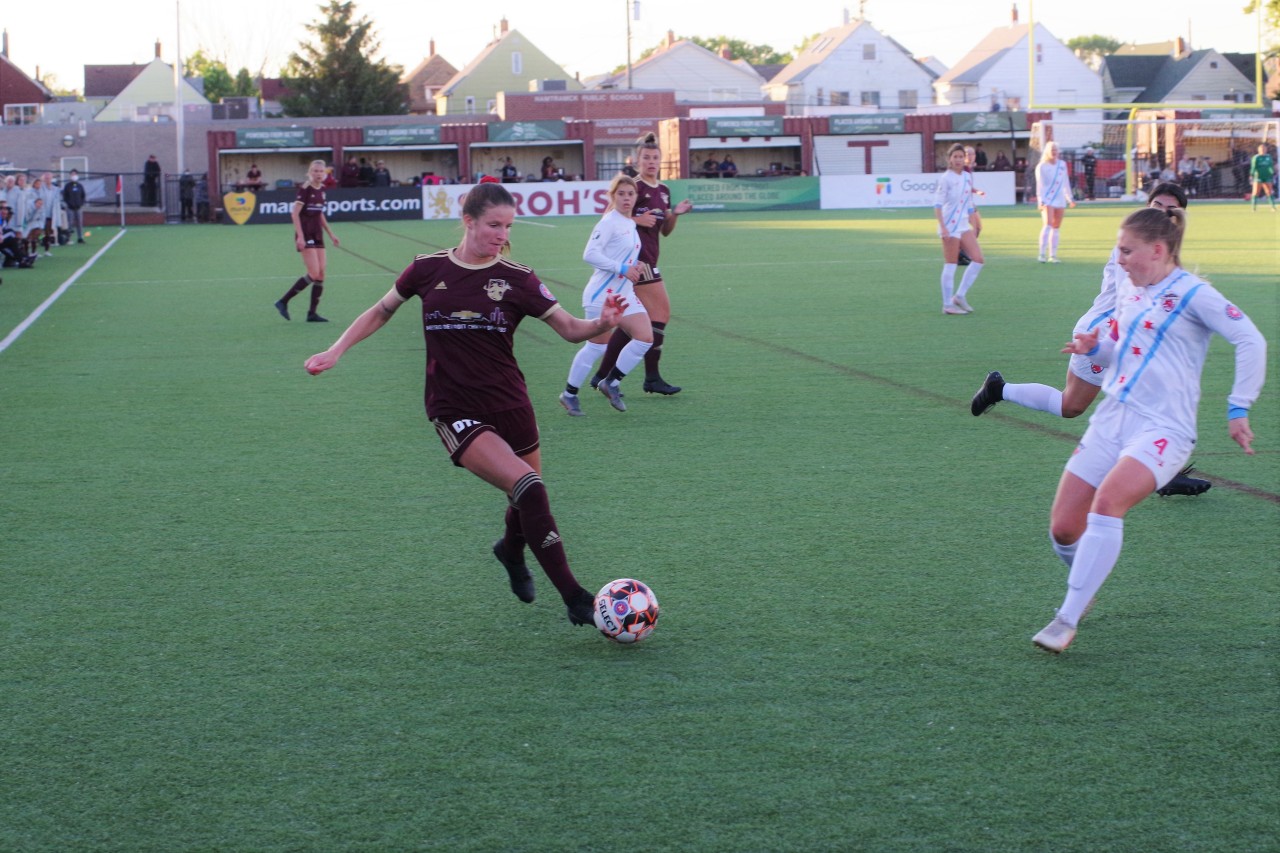 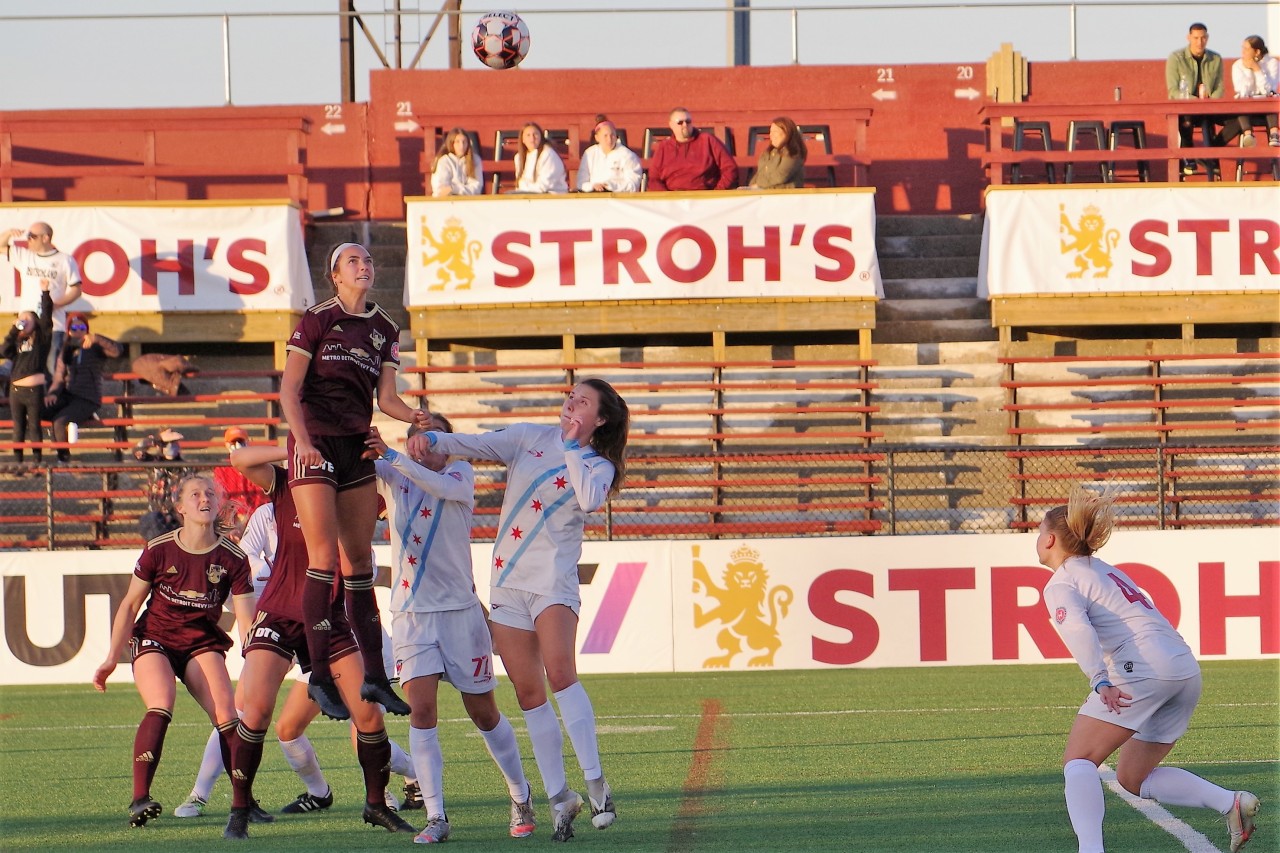 The teams went into the locker room for half time with the score tied 1-1.  The match was free-flowing with City forcing several Chicago turnovers that they could not capitalize on.  At about the 40th minute, the Chicago keeper, Anna Karpenko, made a big save on Wolfbauer.  It resulted in a City corner kick which she also stopped.

Friendly made an appearance to greet the Northern Guard Supporters. 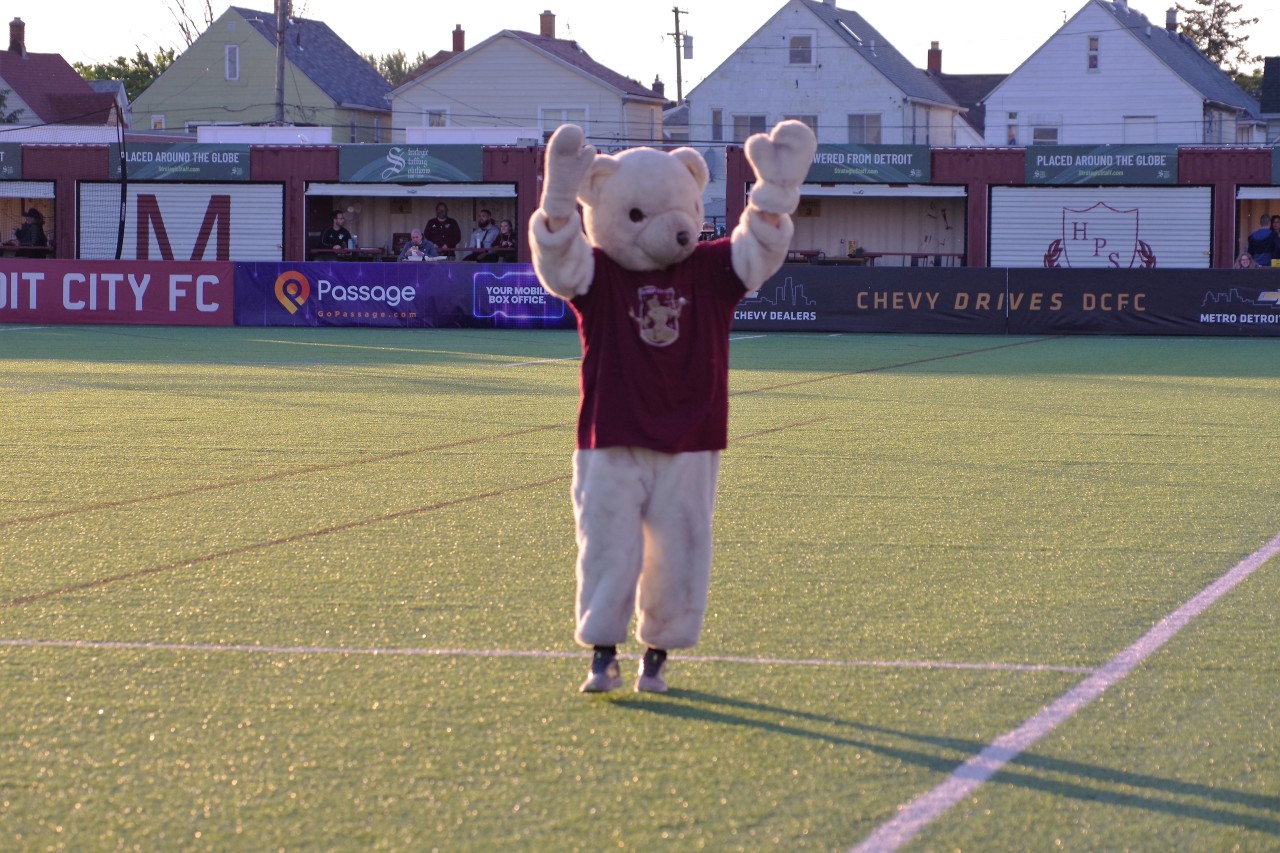 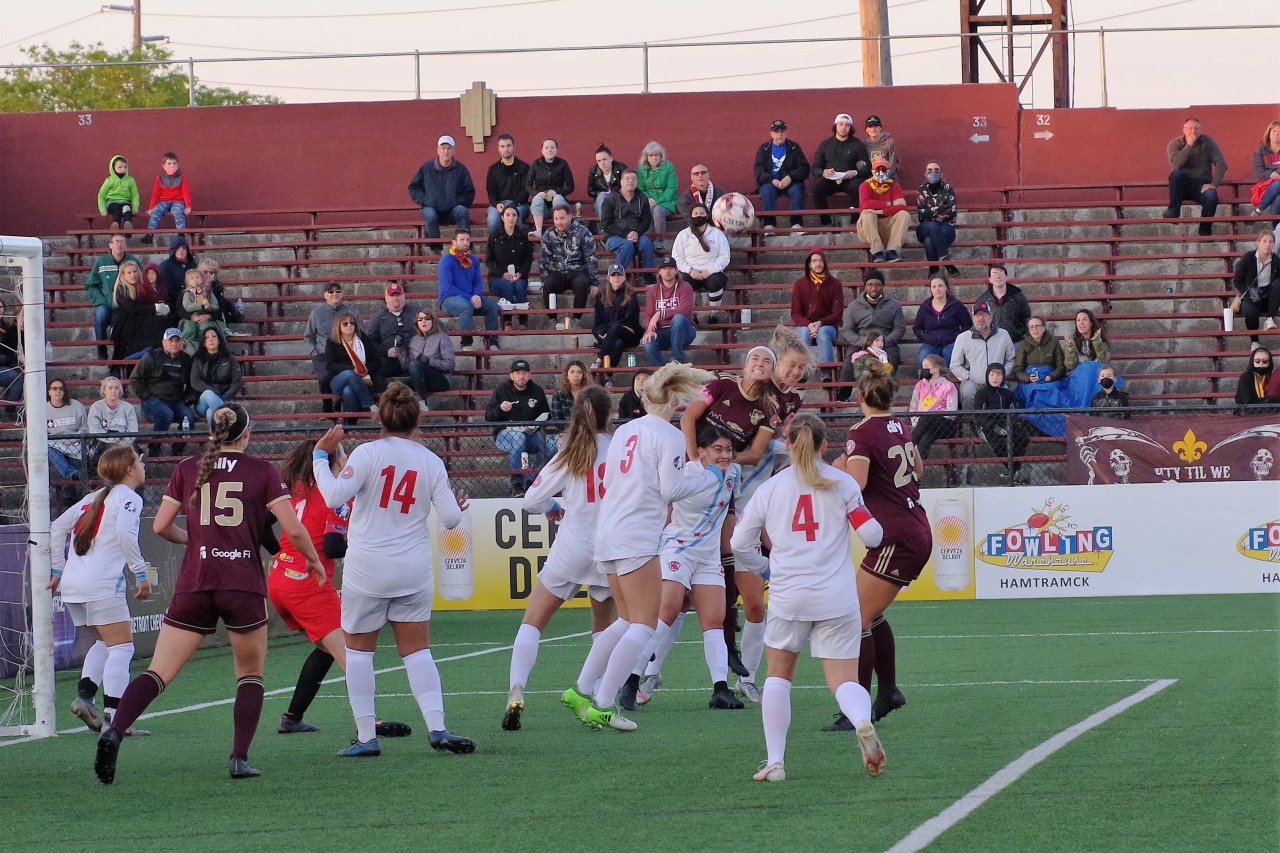 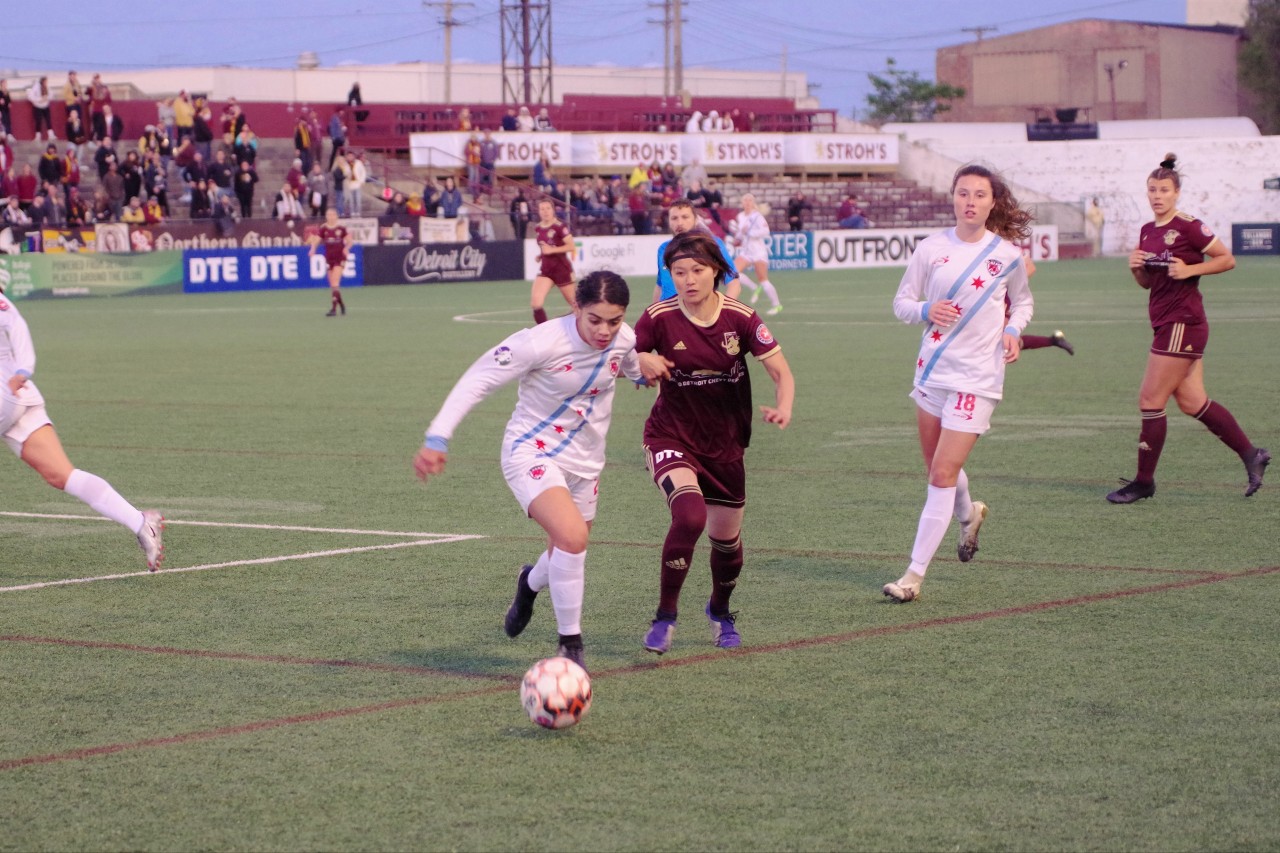 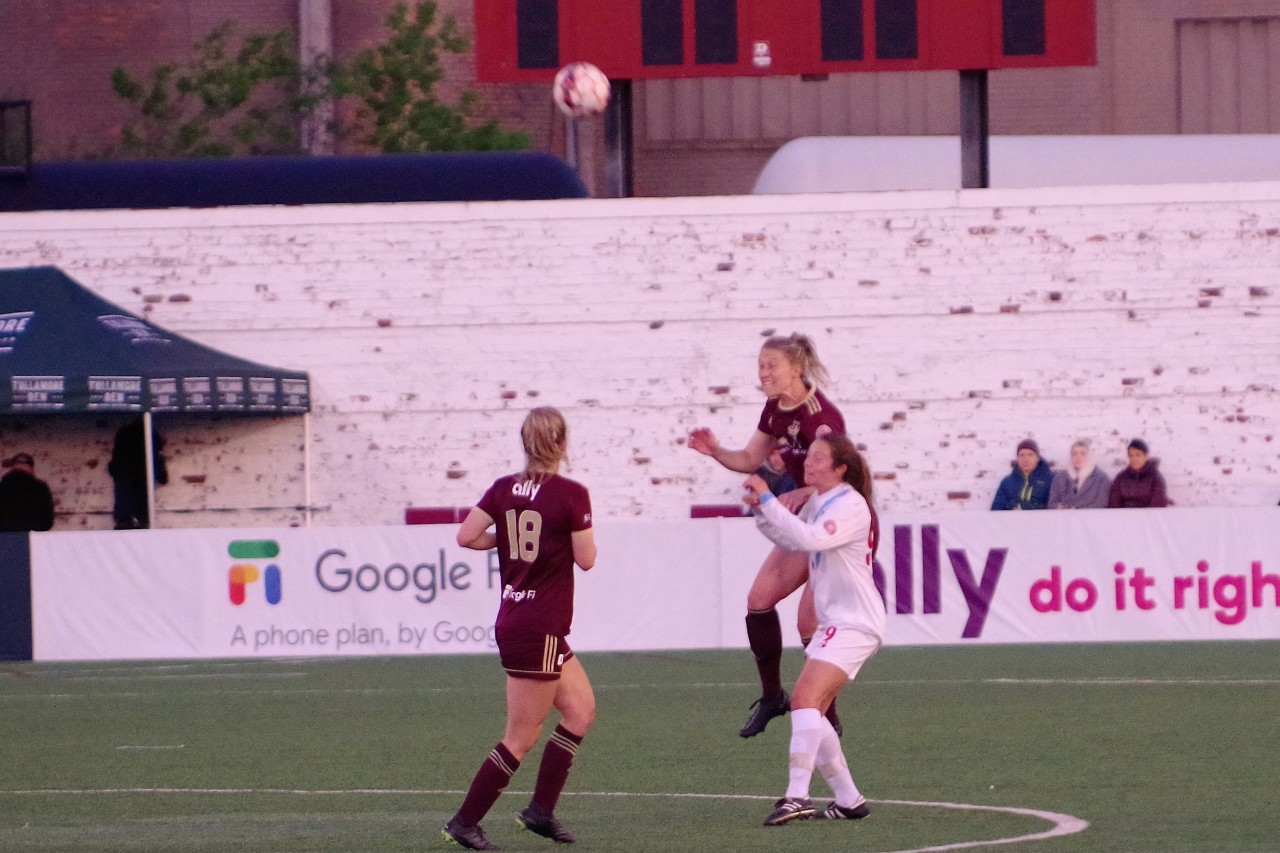 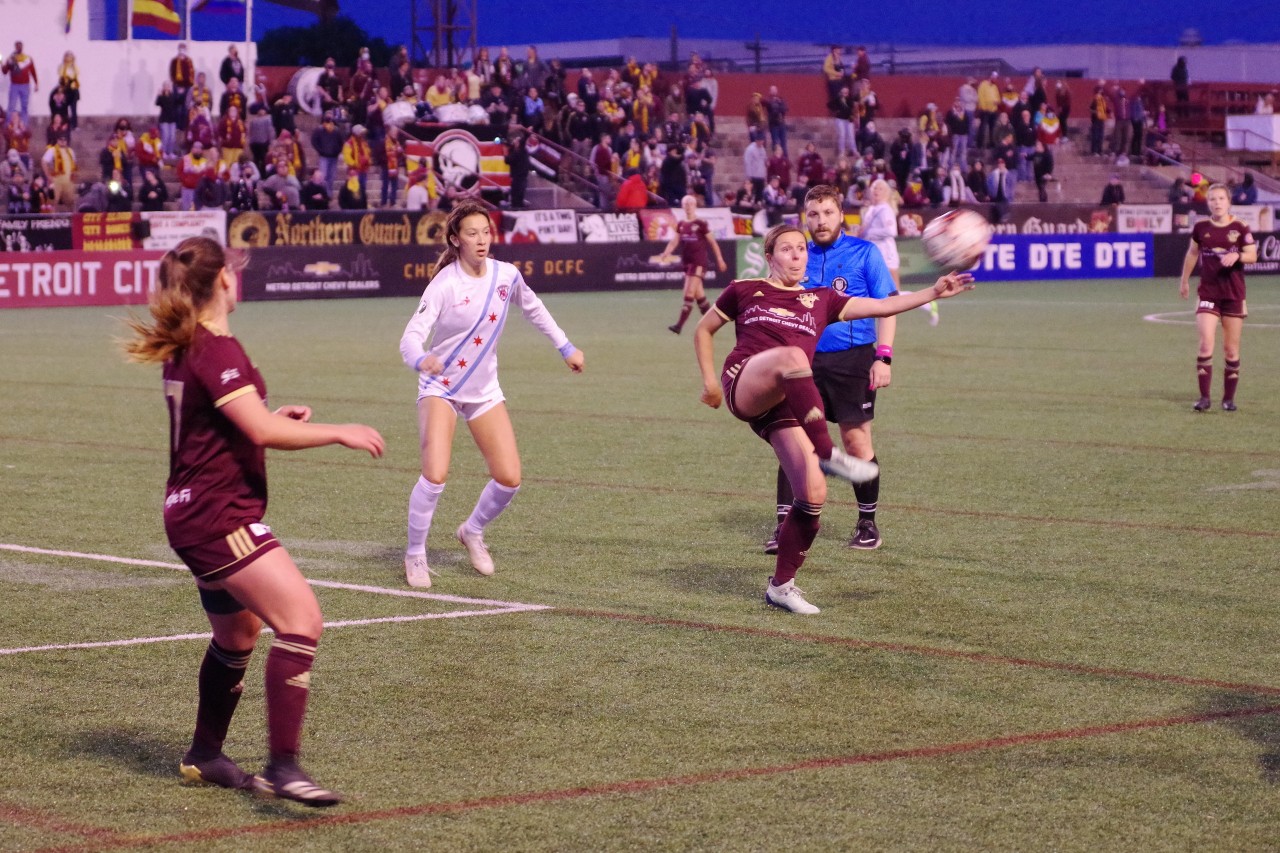 In the opening fifteen minutes of the second half, City kept up the pressure.  Karpenko made another two key saves and another City shot rang off the crossbar.  It was in the 63rd minute when Mallory Olsson found herself unmarked in front of the City goal, and she fired her second goal of the match into the net.  Then, in the 79th minute, Emily Chudik  intercepted a pass from out of the back.  She fed it to Nina Nicosia.  Nicosia returned it to Chudik, who one-touched it back to her.  Nicosia out ran two City defenders parallel to the goal, and hammered home Chicago’s third tally of the night.

Player of the Match: Madison Wolfbauer

This was the Women’s team’s first loss of the season.  They worked hard out there, however the fatigue of being their third match in seven days played a role.  Add to that Chicago was playing their first ever match.

The Men’s team won their match in Livonia, 5-0, making it a six-point day for City teams.  As the song goes, two out of three ain’t bad.