After the May 29, 2021 loss to Chicago at Keyworth, the team took to the road and played the Risers in Muskegon a week later.  Unlike the close 2-1 victory here, City exploded for a 10-nil victory on the west side of the state.  Melanie Forbes tallied five goals in the route.

It was back to Keyworth to host Corktown AFC.  Earlier, City defeated Corktown at their home park – The Corner Ballpark – in a convincing 3-nil match.  Hopes were for a similar result in order to turn the UWS Midwest North Conference into a two-team race with Midwest United FC.

With CDC Covid restrictions lessened, there was no limit to seating capacity.  Tonight marked the return of the pre-match march. 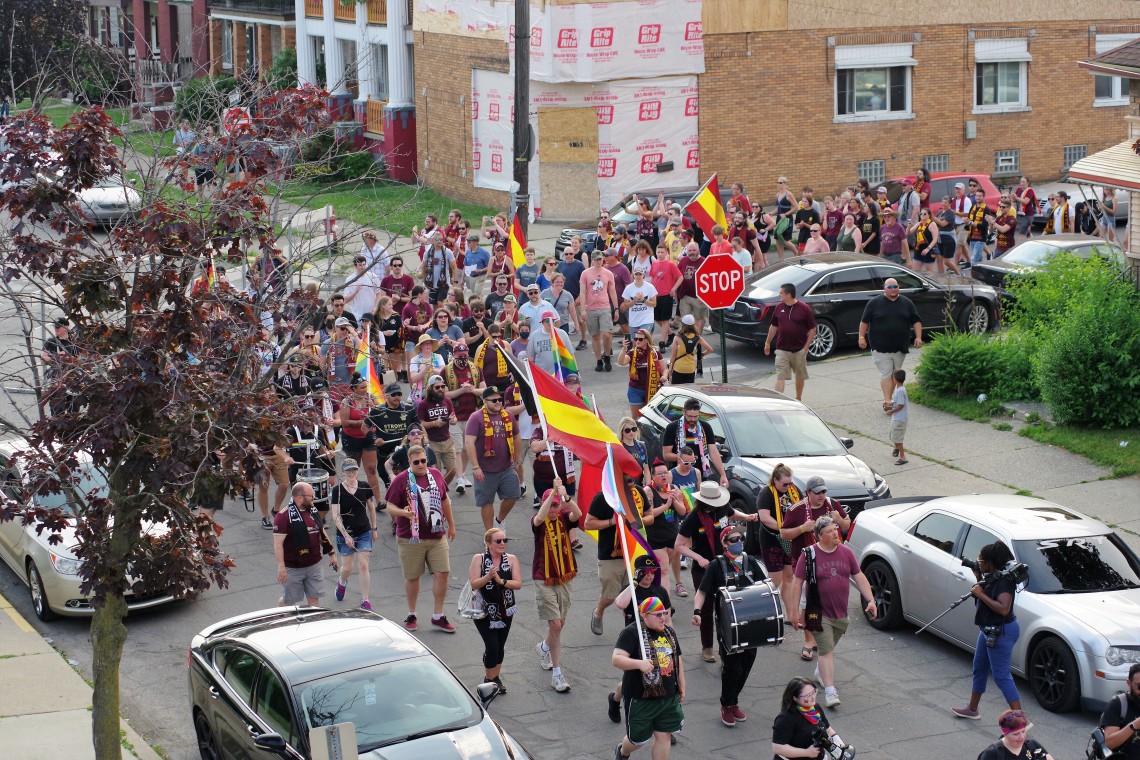 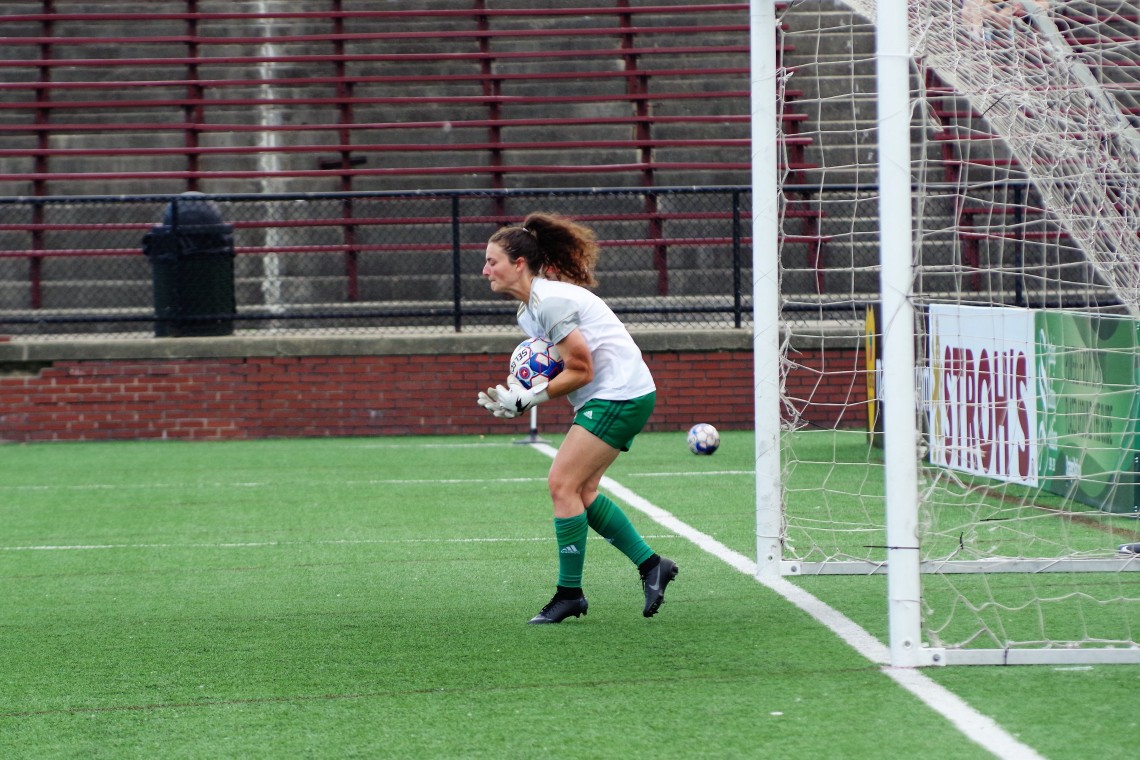 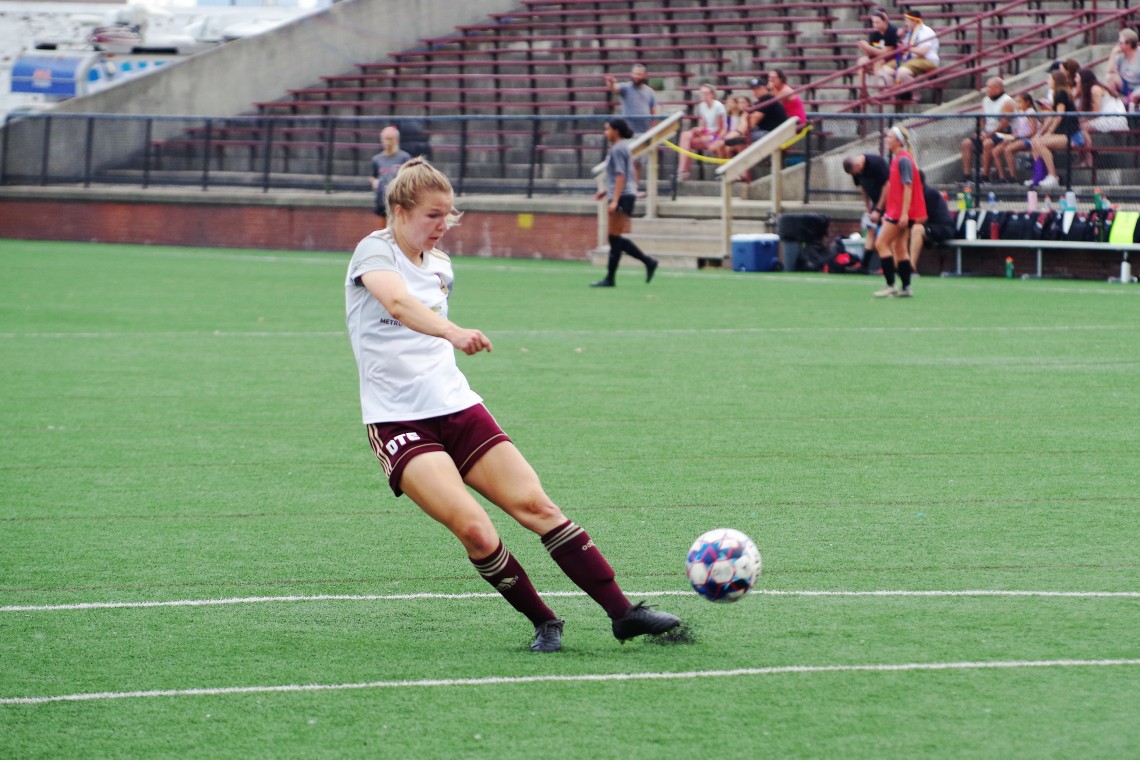 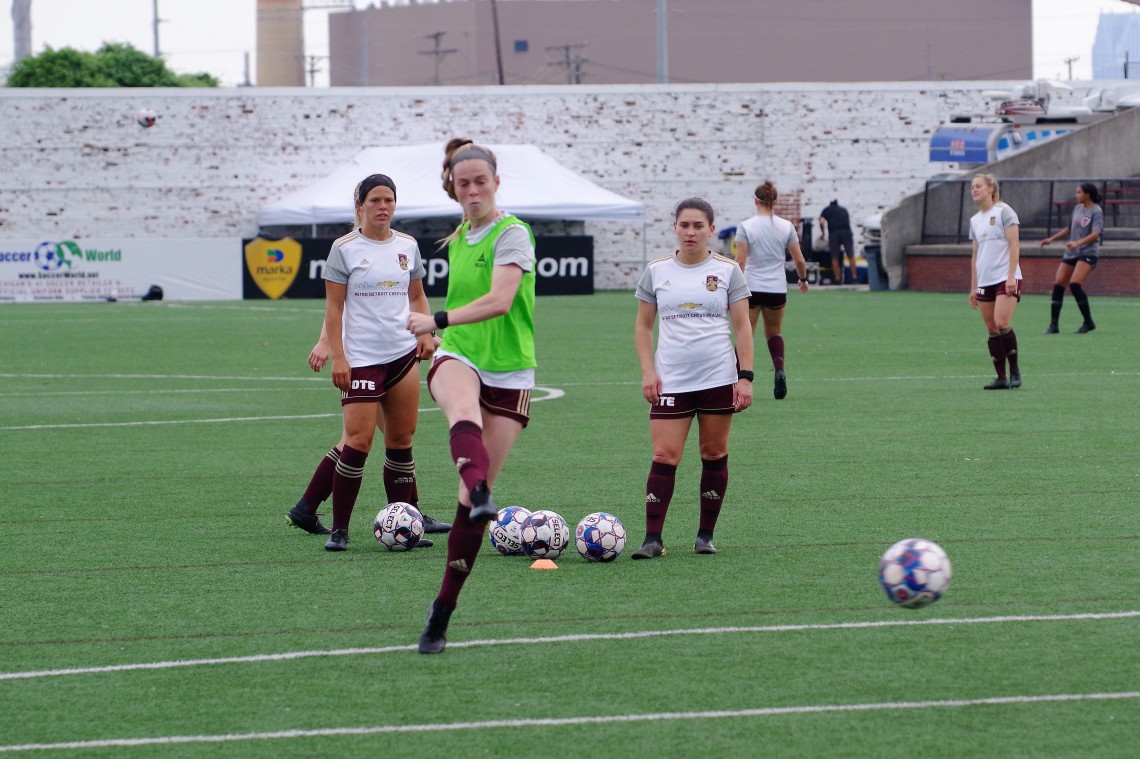 City wore their dark maroon kits, yet Corktown, for whatever reason, chose to wear their dark kits, as well. 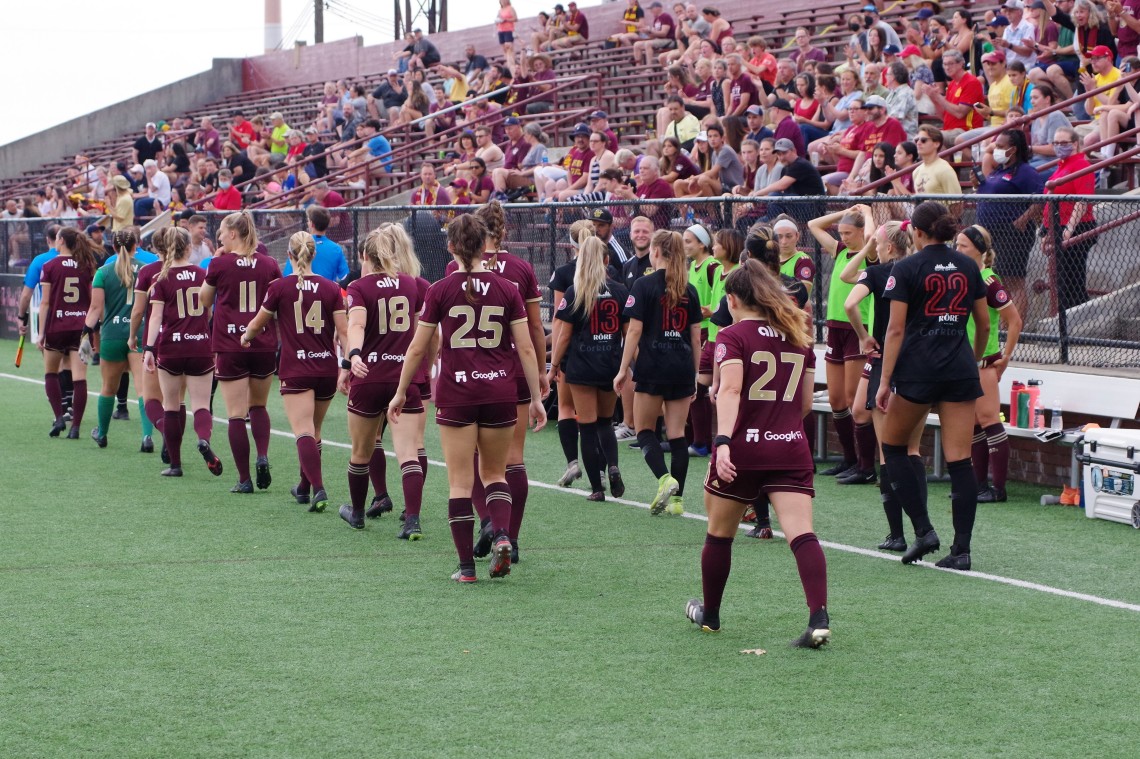 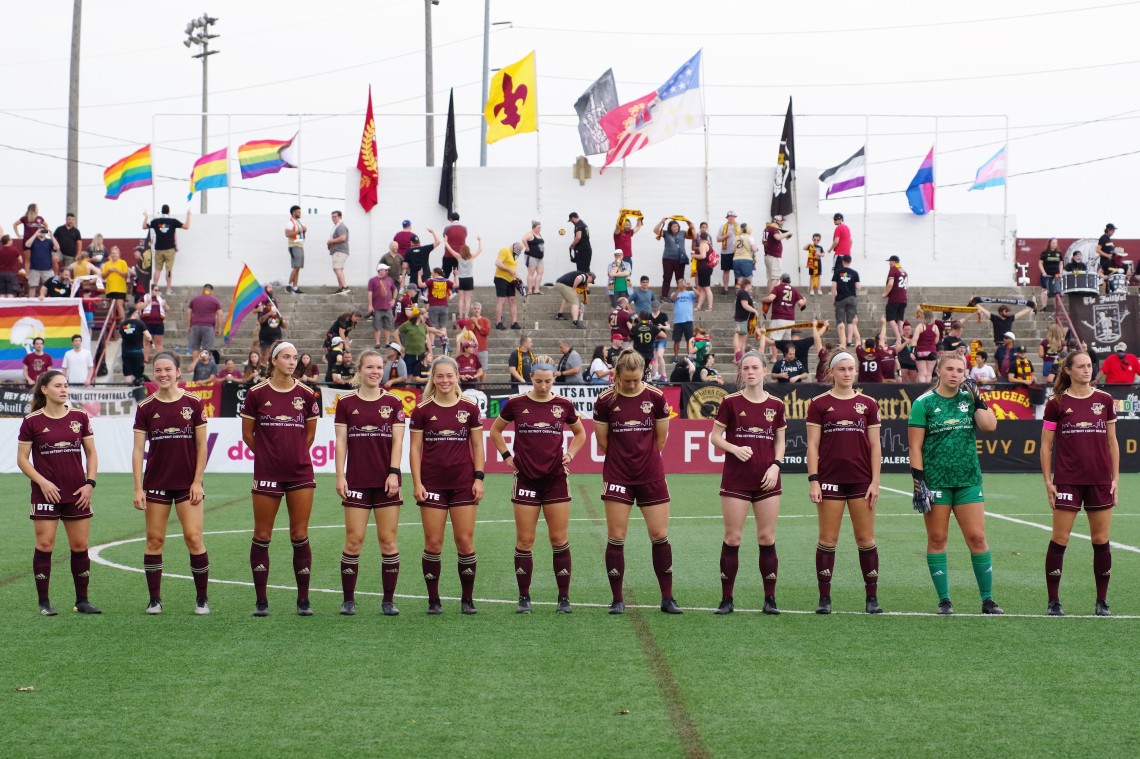 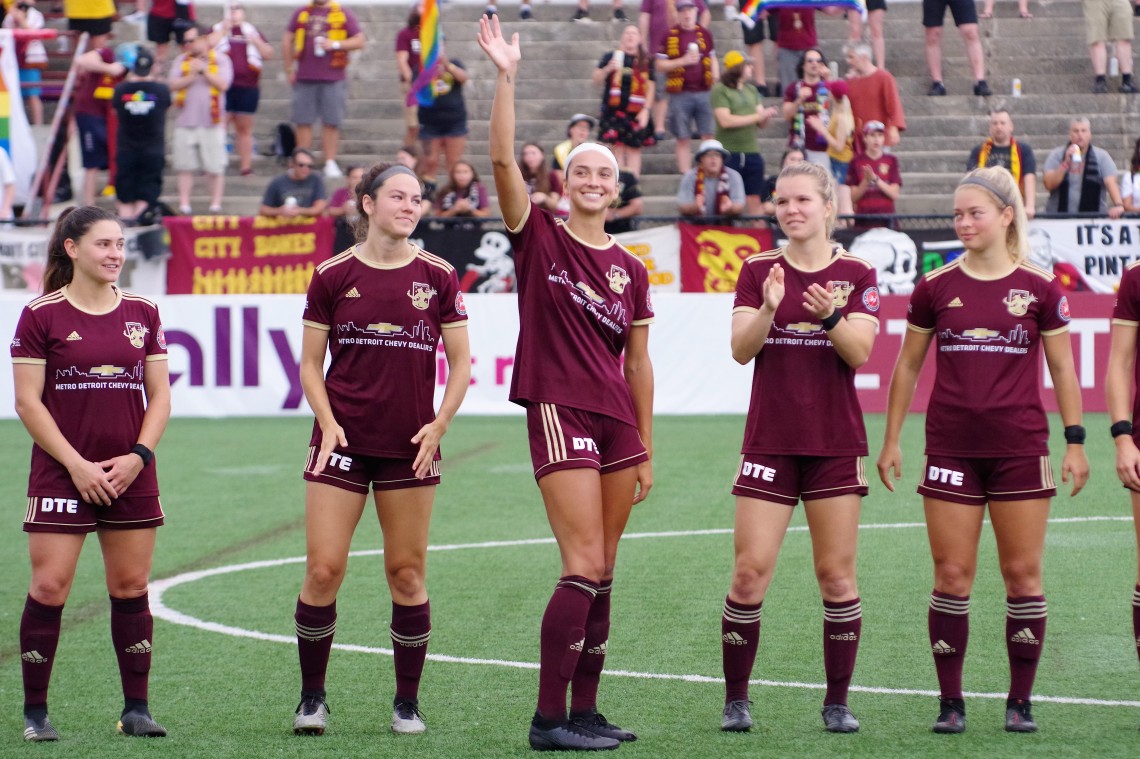 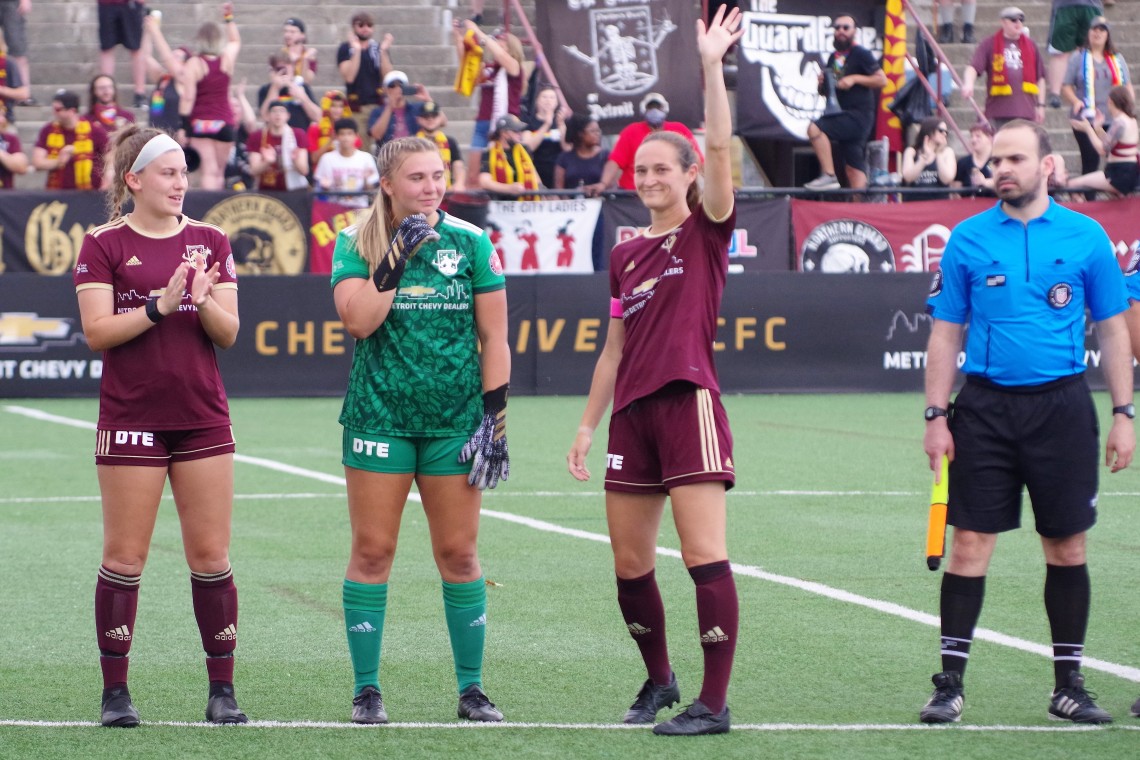 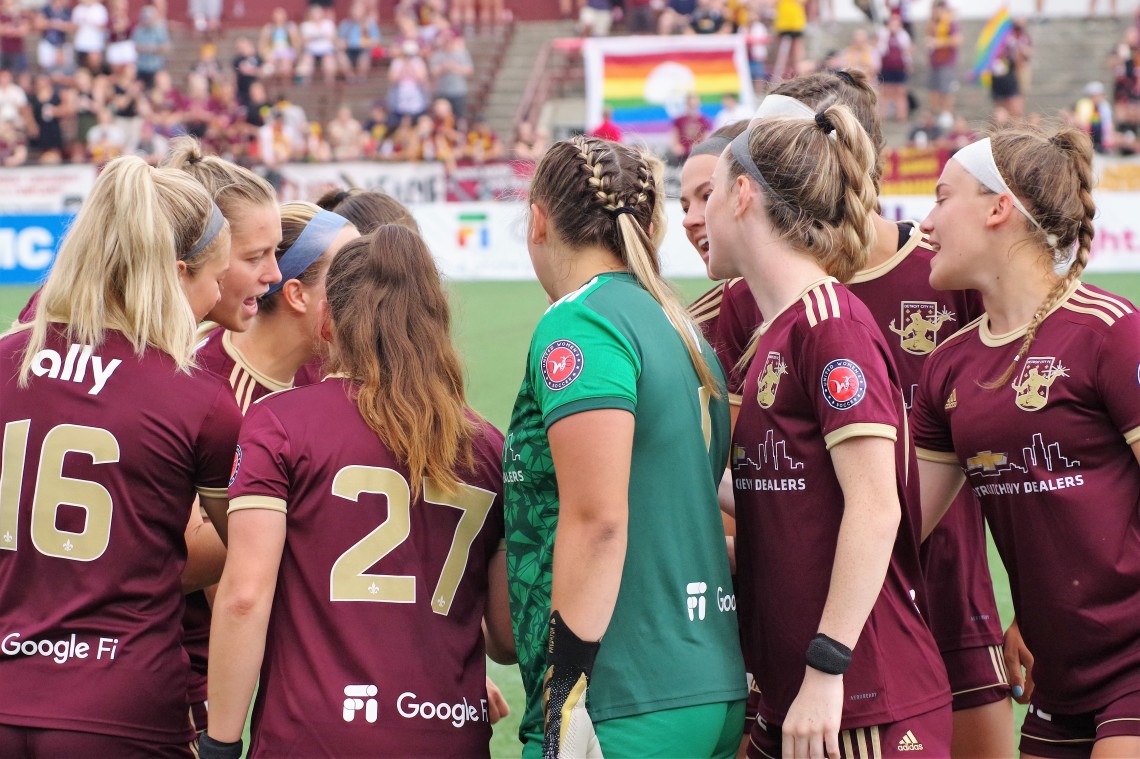 For tonight’s opening match smoke, it was the non-binary smoke, as a part of the Northern Guard Supporters’ Prideraiser campaign for the Ruth Ellis Center.

It was a sluggish start for the women in rogue and gold.  Meike Ingles slotted a ball through the box to an unmarked Maddy Schupbach who scored in the 4th minute of the match.  Three minutes later, an intercepted pass out of the box found its way to the foot of Schupbach again, whose shot beat Becca Przyzbylo.  Fortunately, Elisa Baeron was in behind the keeper and blocked the shot, preventing Corktown from doubling the lead.

Przyzbylo came up big in the 16th minute when she parried a point-blank left-footed shot from the top of the box. 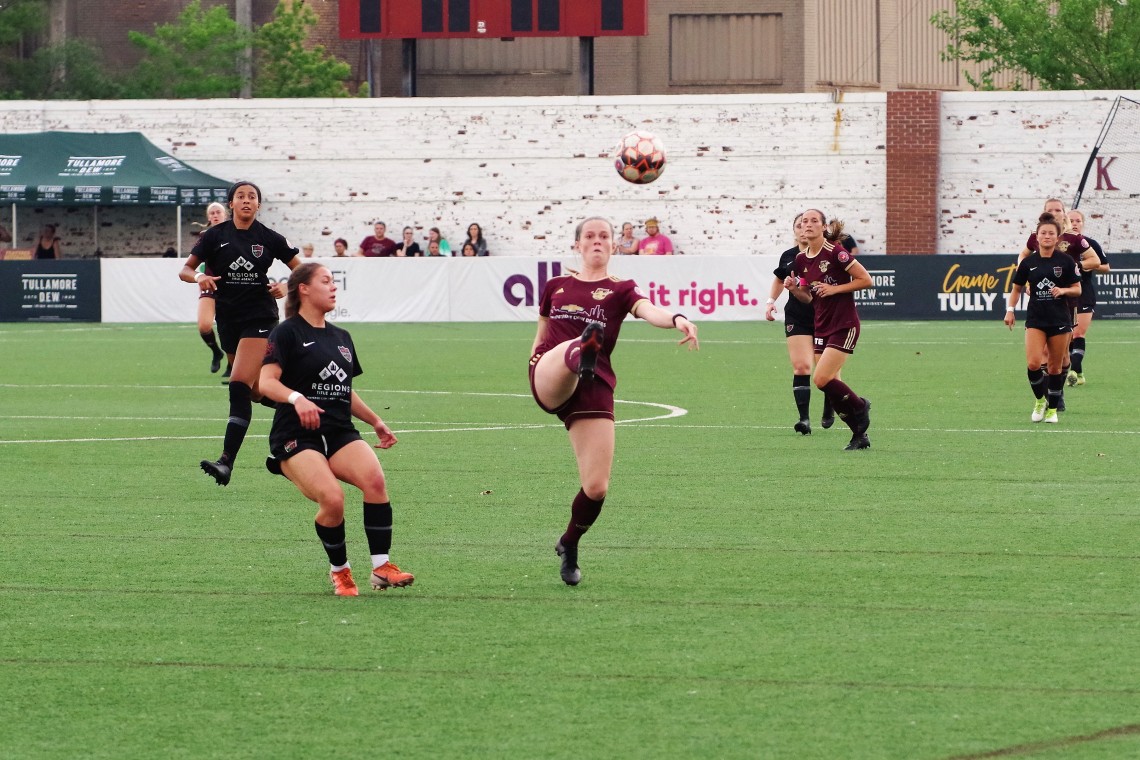 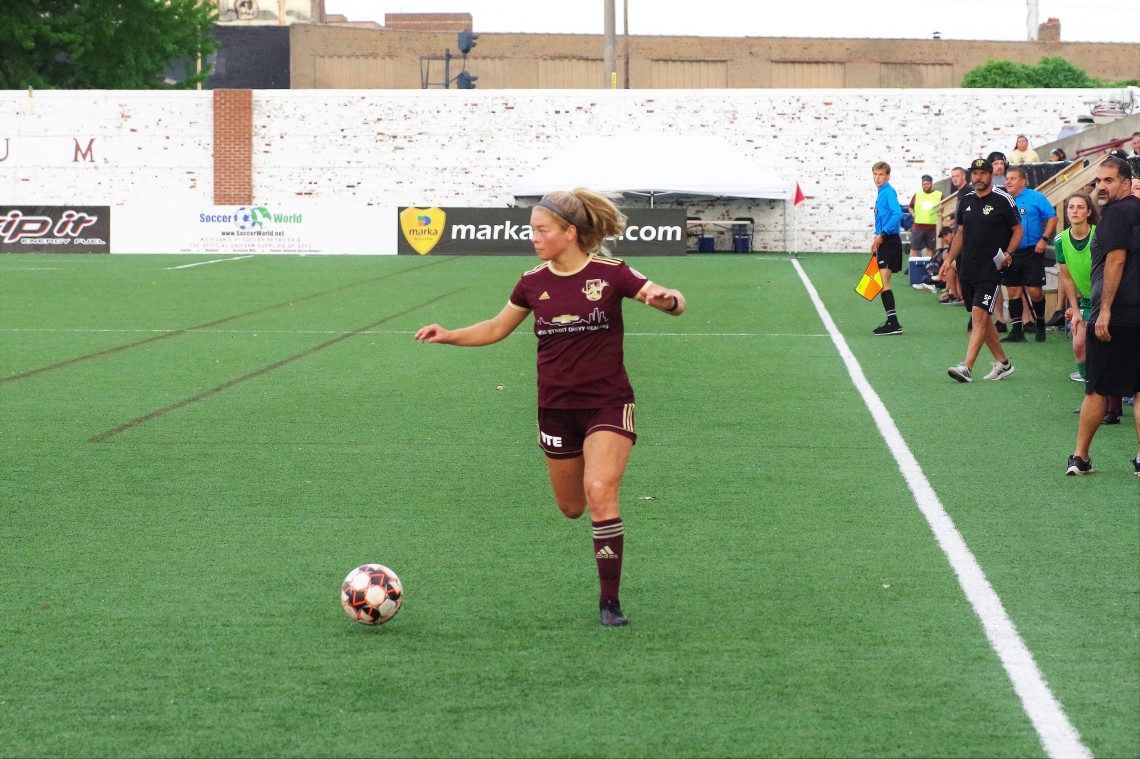 City began to takeover possession of the match about thirty minutes in.  In the 34th minute, Corktown keeper Haley Craig sent the ball to midfield with a goal kick.  It was headed by a City player forward, who passed the ball forward to another player who lofted the ball to Melanie Forbes.  The five-goal scorer in Muskegon volleyed the ball just wide of the Corktown goal.

But three minutes later, Maddy Schupbach sent the ball into the box.  A Corktown and City player went up for it, and it was headed back.  Schupbach allowed the ball to drop, brought it to the top of the arc, and fired it just inside the post.

From this point Corktown seemed content to park the bus, which opened things up for City. 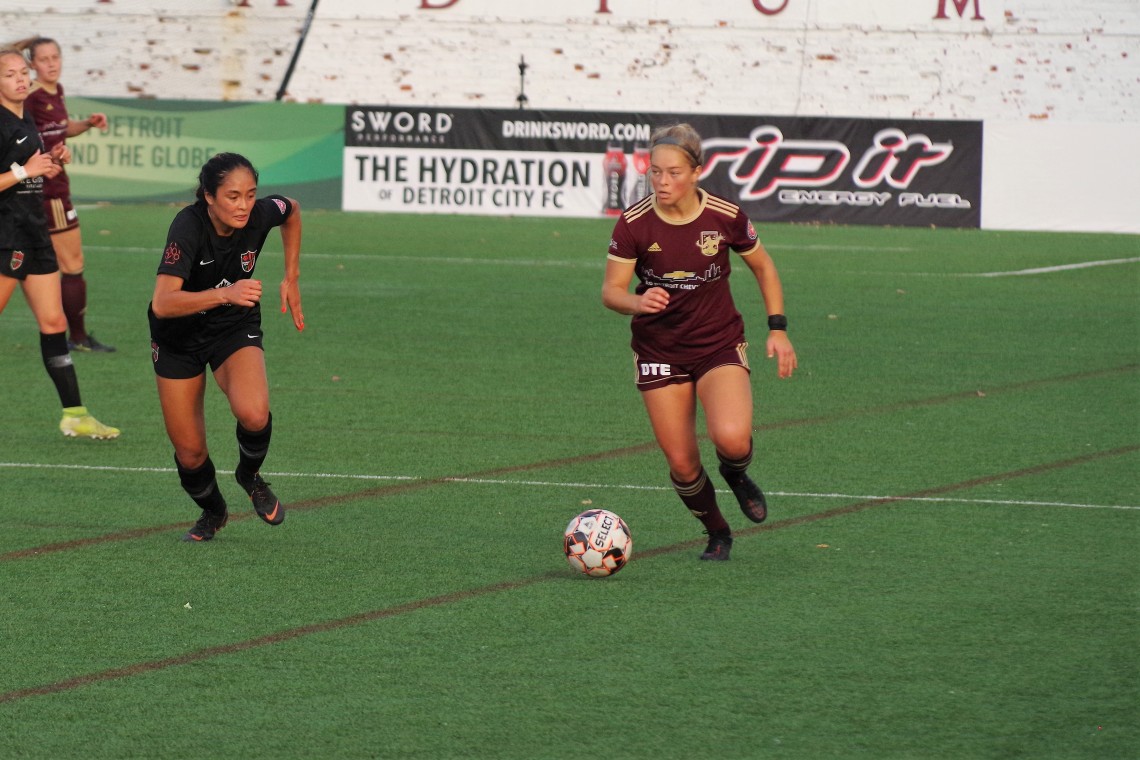 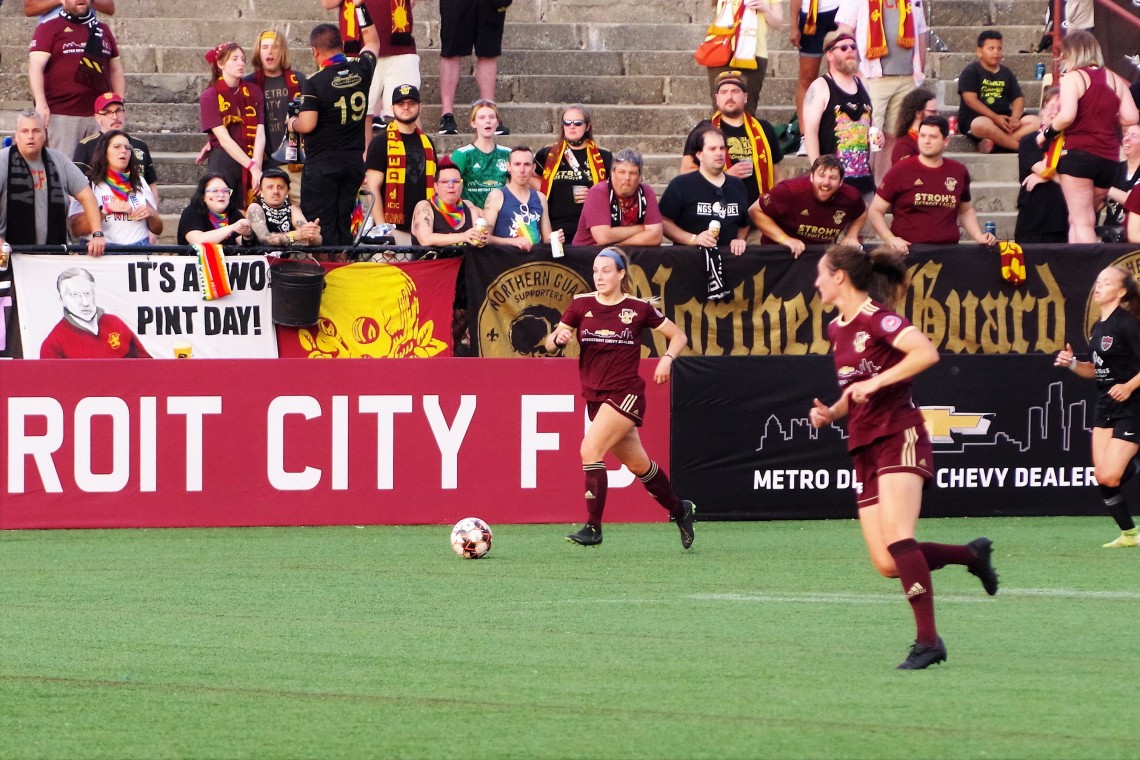 In the 37th minute, Grace Phillpots brought the ball down the left channel, then floated a ball toward the right of the goal.  Sarah Huge headed it down into the turf, which forced Haley Craig to protect the upper corner of the net, palming it over the cross bar.  On the resulting corner kick, Kenna White took a point-blank shot at Craig, who made yet another save. 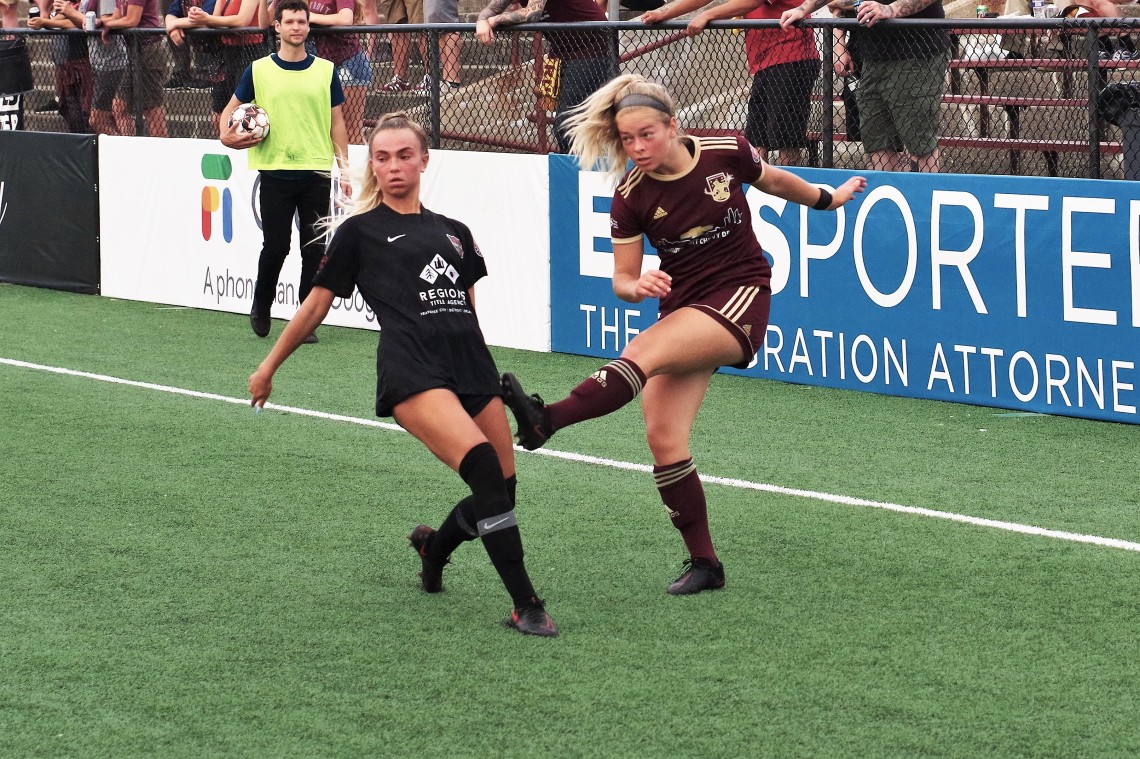 In the 53rd minute, Sarah Huge was taken down in the box by Zoe Hudson, setting up Melanie Forbes’ penalty kick goal.

In the 55th minute, Christina Torres subbed in for Sarah Huge, and in the 62nd minute, Mami Yamaguchi subbed in for Marlee Taylor.  City had been taking advantage of Corktown’s defensive shell, but when Torres and Yamaguchi took to the pitch, the match tilted more favorably in City’s direction.  In the 61st minute, Torres out paced Zoe Hudson to the ball along the left side of the goal, then out-maneuvered the Corktown defender to deliver a ball along the goal line where a defender deflected it away from Kenna White.  In the 75th minute, Alia Frederick sent the ball from the midfield stripe down the right channel.  Yamaguchi ran onto it, passed it back to Frederick who delivered it into the box where Melanie Forbes fired a shot on net.  Haley Craig came up with another huge save. 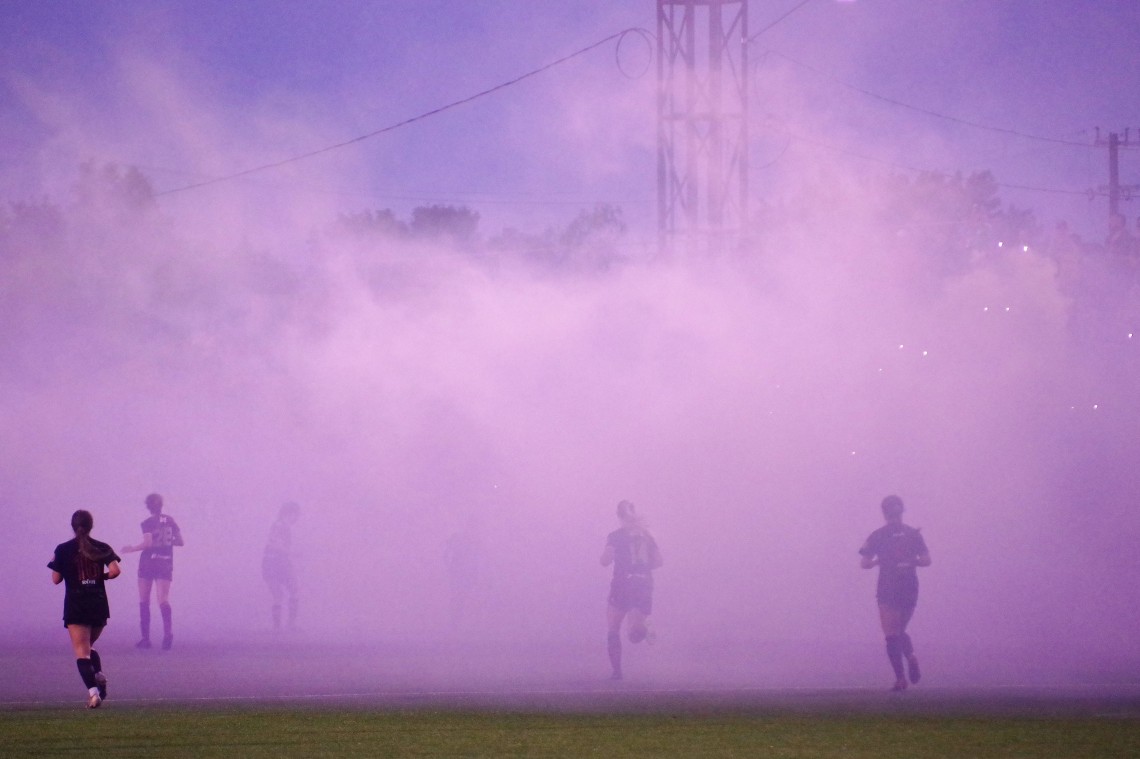 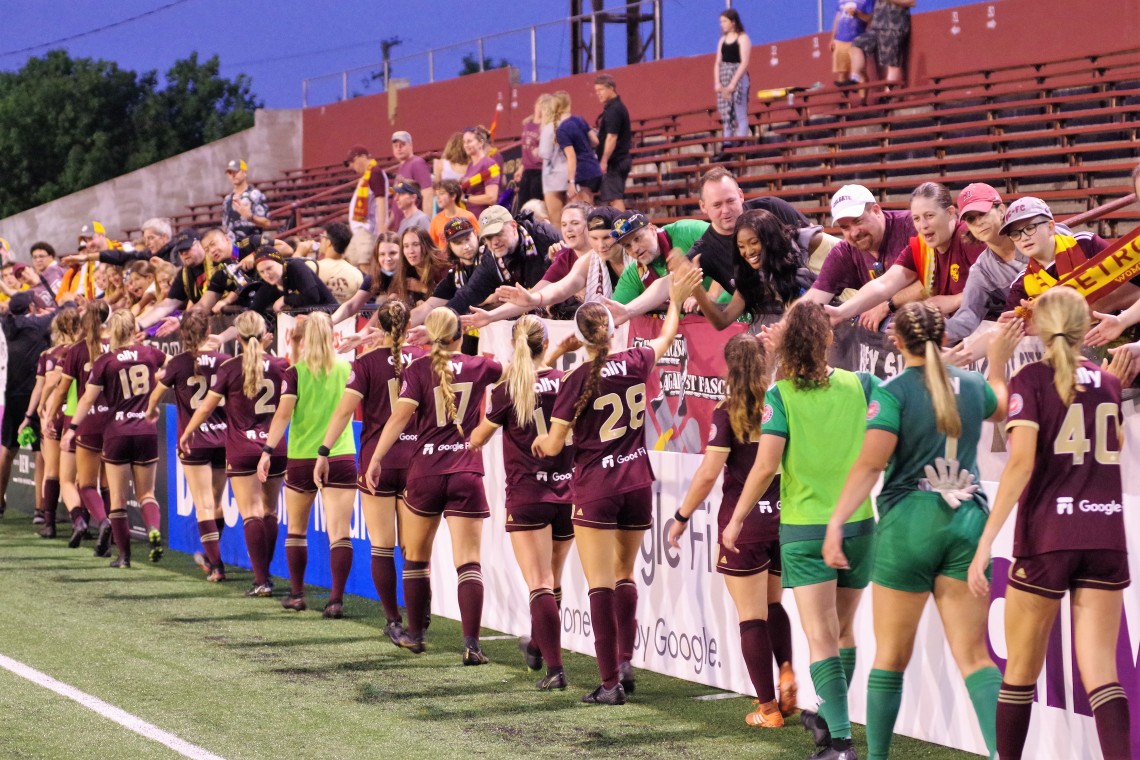 Player of the Match:  Melanie Forbes.

The Women’s Team record goes to four wins and two losses. with four matches remaining in the season.