Before the Maryland match, City made a trip to New York to play New Amsterdam FC on Wednesday September 29th.

Back on September 15th, when we visited Maryland, New Amsterdam hosted Stumptown AC.  In that match, New Amsterdam had an unusual situation of not having any healthy goalkeepers that could suit up.  Team owner Laurence Girard put on the keeper’s kit and tended goal for the evening.  Girard had once been in the New York Red Bulls academy, so that may have given him some street cred.  And New Amsterdam lost only by a 2-1 score.

Their next two matches, Mahamed Keita came in to guard the New Amsterdam goal.  For some reason, New Amsterdam was in a goalkeeper fix again.  It must have been hubris for the NAFC owner to think he could defend a goal against the team that has won everything NISA has created.  Only one outcome did I hope for: Light’em up, City.

It was no contest.  The only surprising thing was that City only scored six goals.  The fifth goal, scored by Darwin Espinal, encapsulated the farce that New Amsterdam’s owner created by putting himself in goal.  Girard went to pass the ball out of his box to a defender, and instead found Espinal who easily slotted it past Girard and into the net.

Six goals by six different scorers.  Three more points, and on to the next.

It was a chilly, autumn evening, with on-and-off drizzle for this evening’s NISA match.  It was Homecoming Night in the Northern Guard Section.

It was also Charity kit night. City’s 2021 partner this season is Give Merit’s FATE Program.
Founded in 2011, Give Merit exists to enhance and extend educational opportunities to underserved youth through innovative enrichment, mentorship, and athletic activities.
Give Merit has worked intensively with Detroit high school students from the Jalen Rose Leadership Academy (JRLA) through its FATE program. This cohort-based program, beginning in the 9th grade and continuing through college graduation, provides innovative programming blending project-based learning, character development, career exposure, and mentorship into a co-curricular experience, emphasizing the value of education and its role in providing access to achieving long-term career and personal goals.
One hundred percent of FATE students have graduated from high school and been accepted to colleges/universities.
Give Merit’s Fate Program students, and Detroiter/graphic designer Mekale Jackson designed the 2021 smoke-themed Charity Kit.  The players kits were auctioned during the match with all proceeds benefiting Give Merit’s Fate Program.
I love this kit.

Also, Detroit City FC defender Javan Torre Howell not only shores up the backline for City, he is an artist.  He painted a special work for tonight, which was also auctioned at the match, and had 100 signed, limited edition prints made available for sale, the proceeds of which also went to Give Merit’s Fate Program. 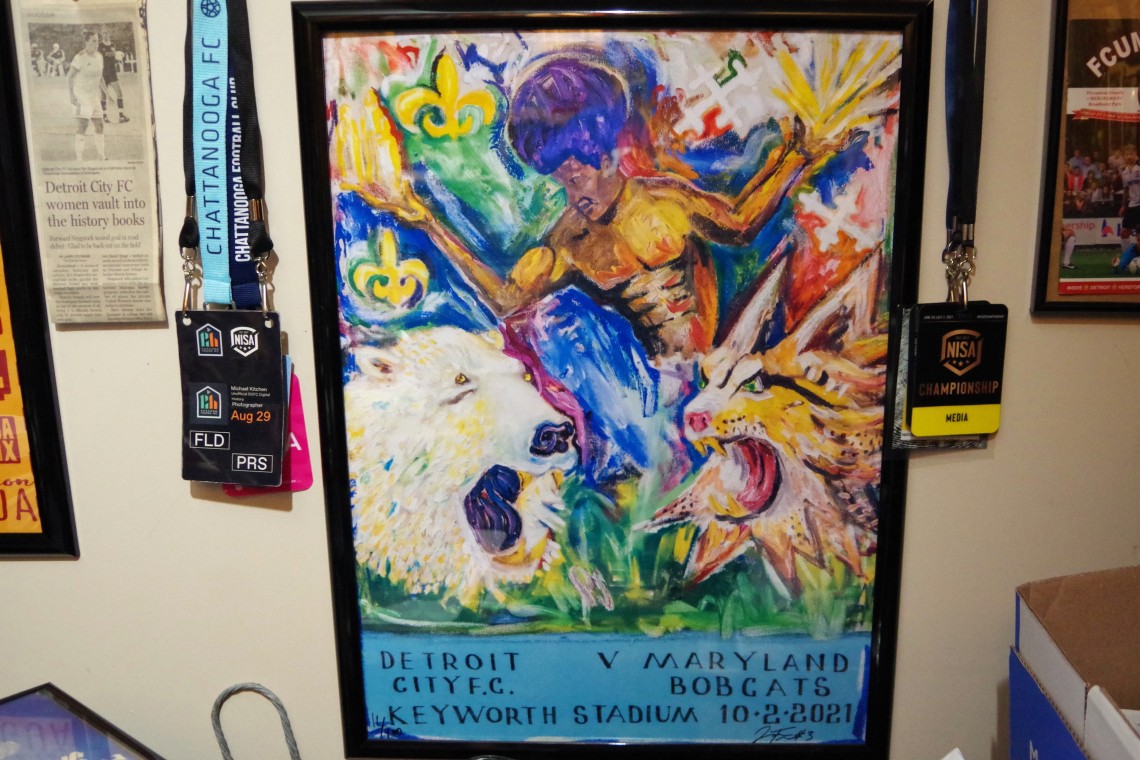 The first half was Detroit generating at least eight quality chances, as Maryland played a more defensive game, like they had during their 1-0 defeat here on May 1st.  They did manage a couple opportunities, both of which sailed over the crossbar.  Maryland’s only corner kick in the match came in first half.

In the second half, the referee forgot how to blow his whistle, as Maryland became more physical.  City still dominated the chances, having at least five good looks at goal, but nothing found the back of the net. 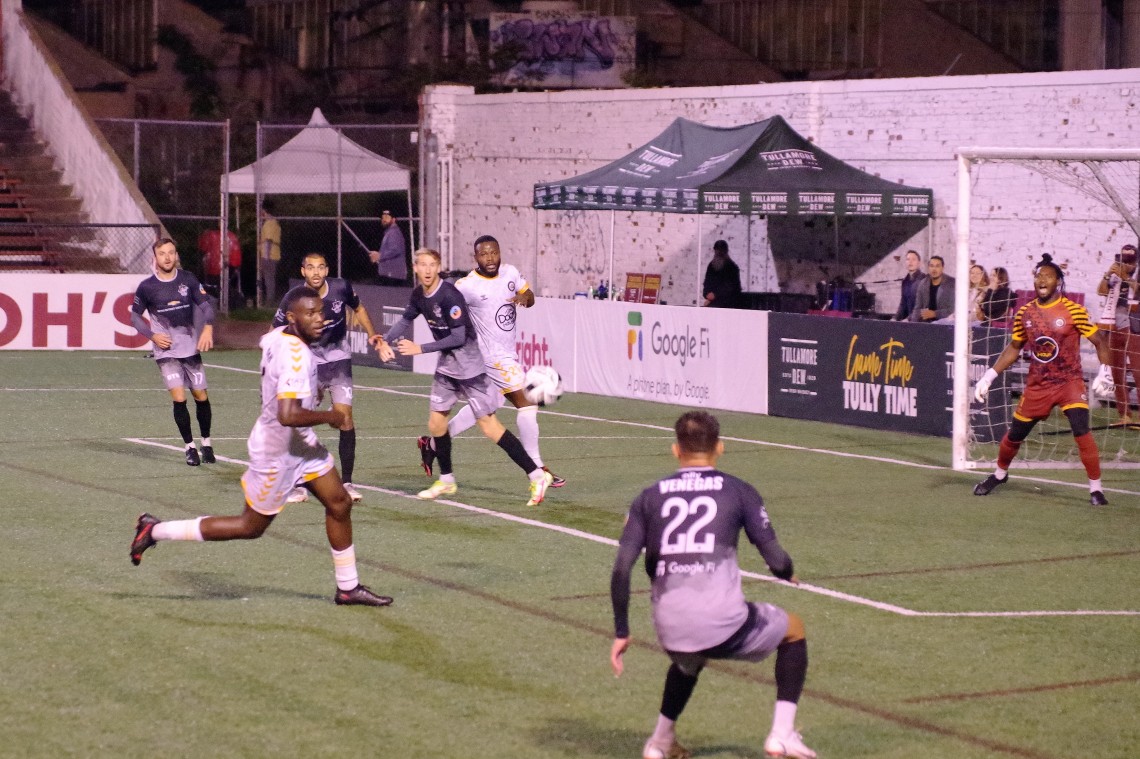 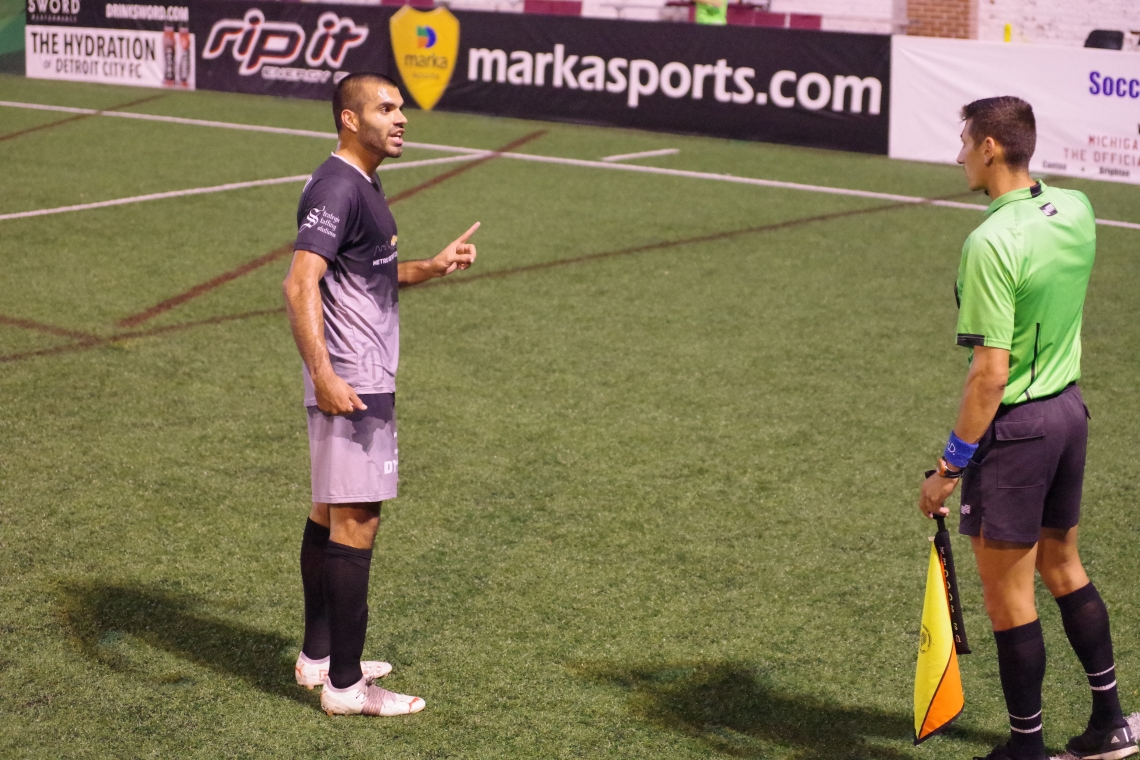 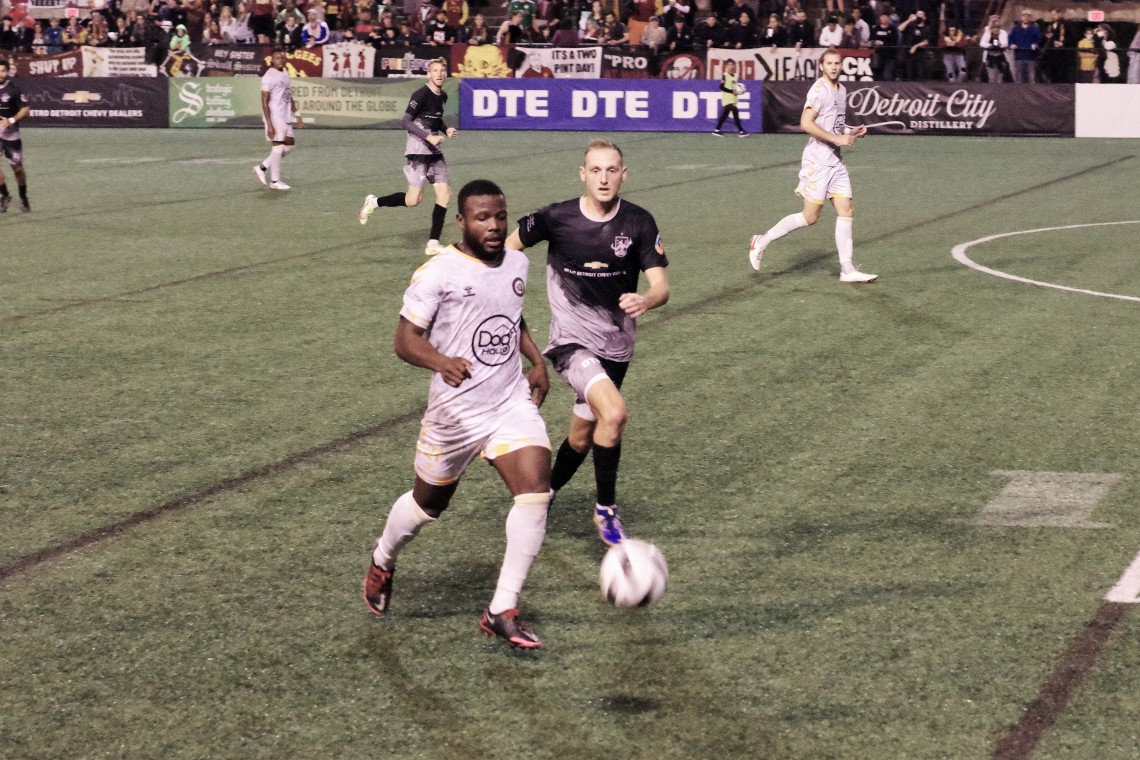 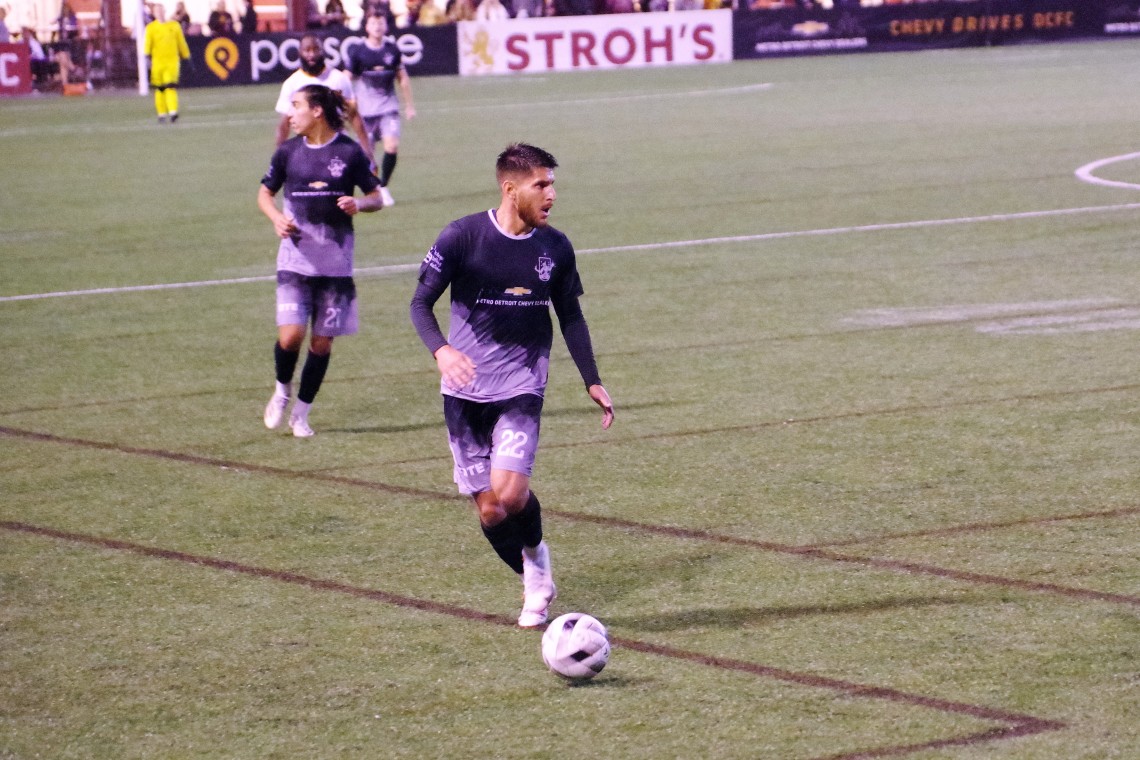 In the 89th minute, Maryland had a good scoring chance, hoping to pull off a Stumptown-like upset, but Nate Steinwascher made the big save, preserving the clean sheet. 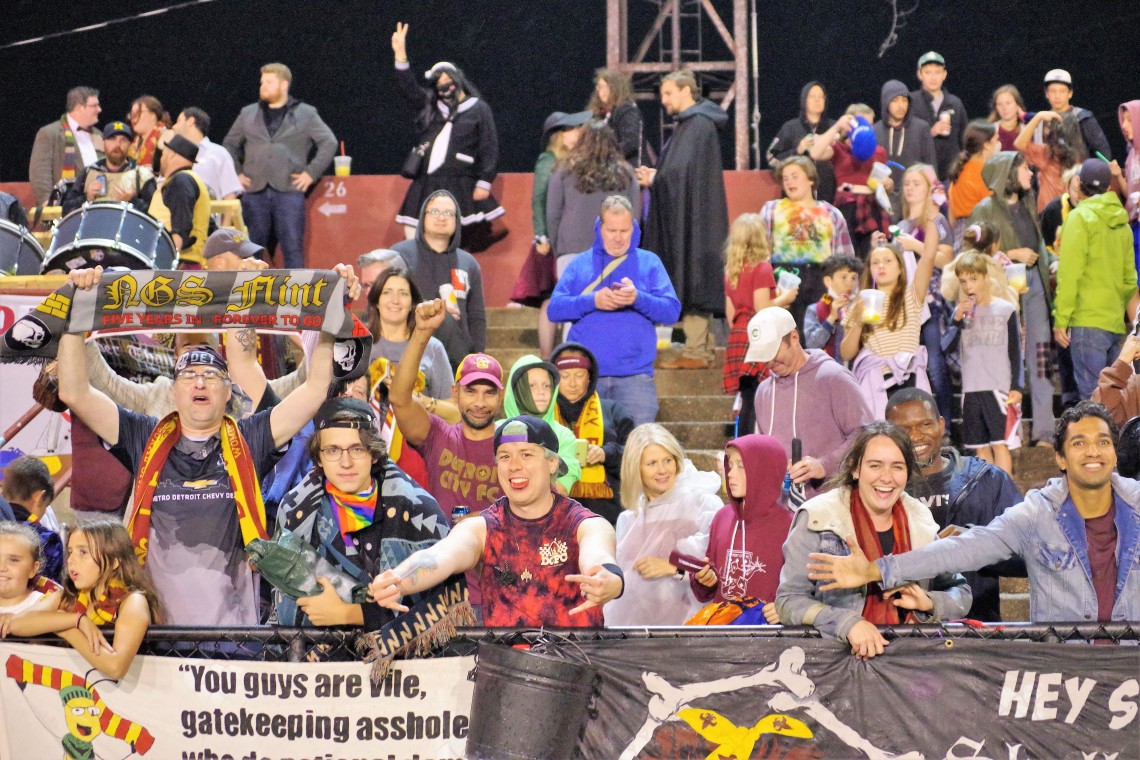 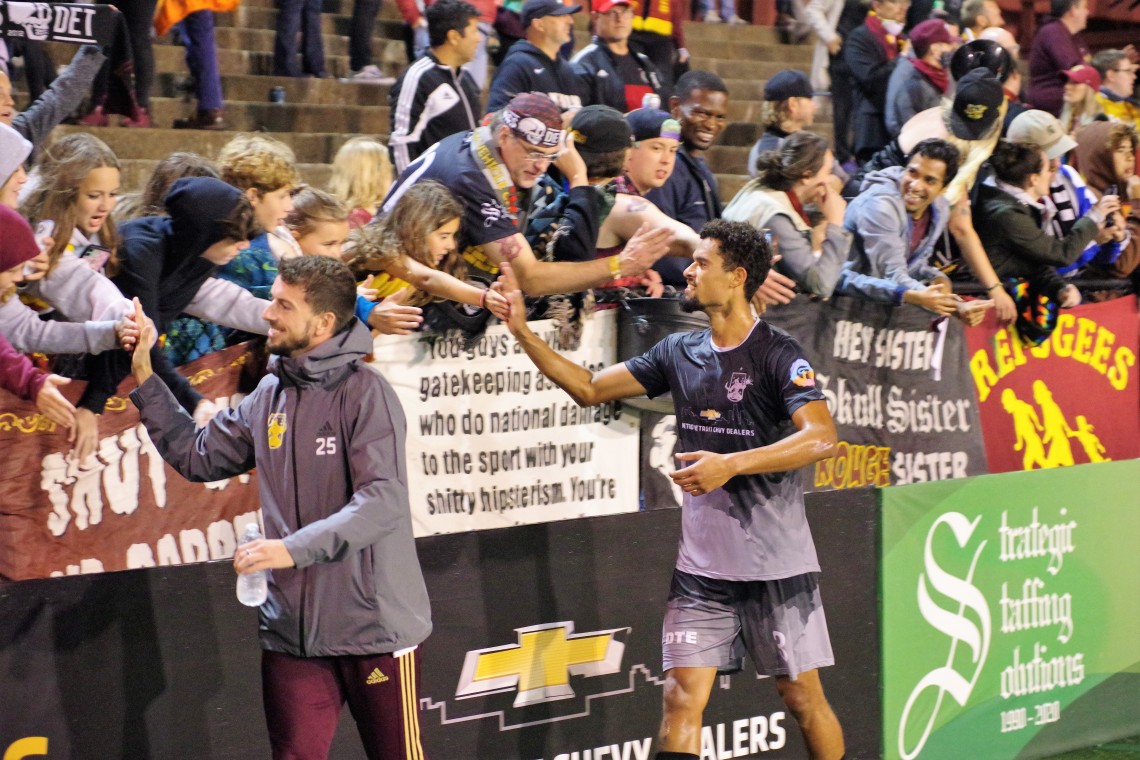 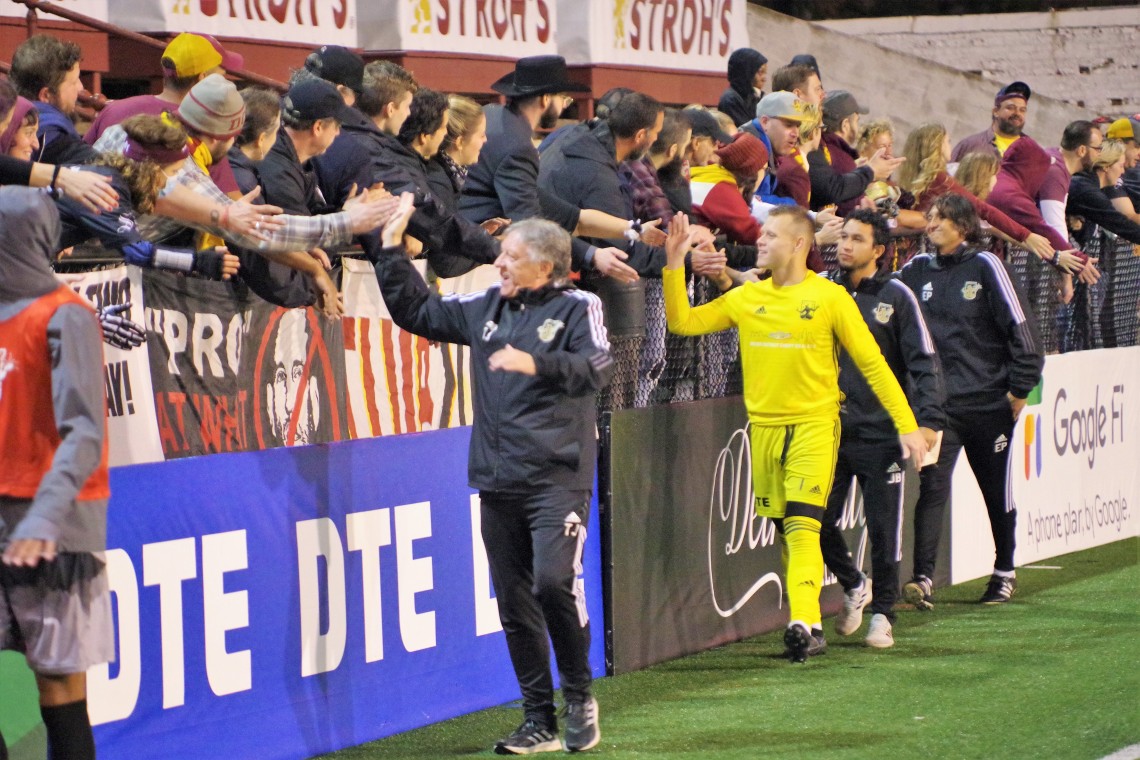 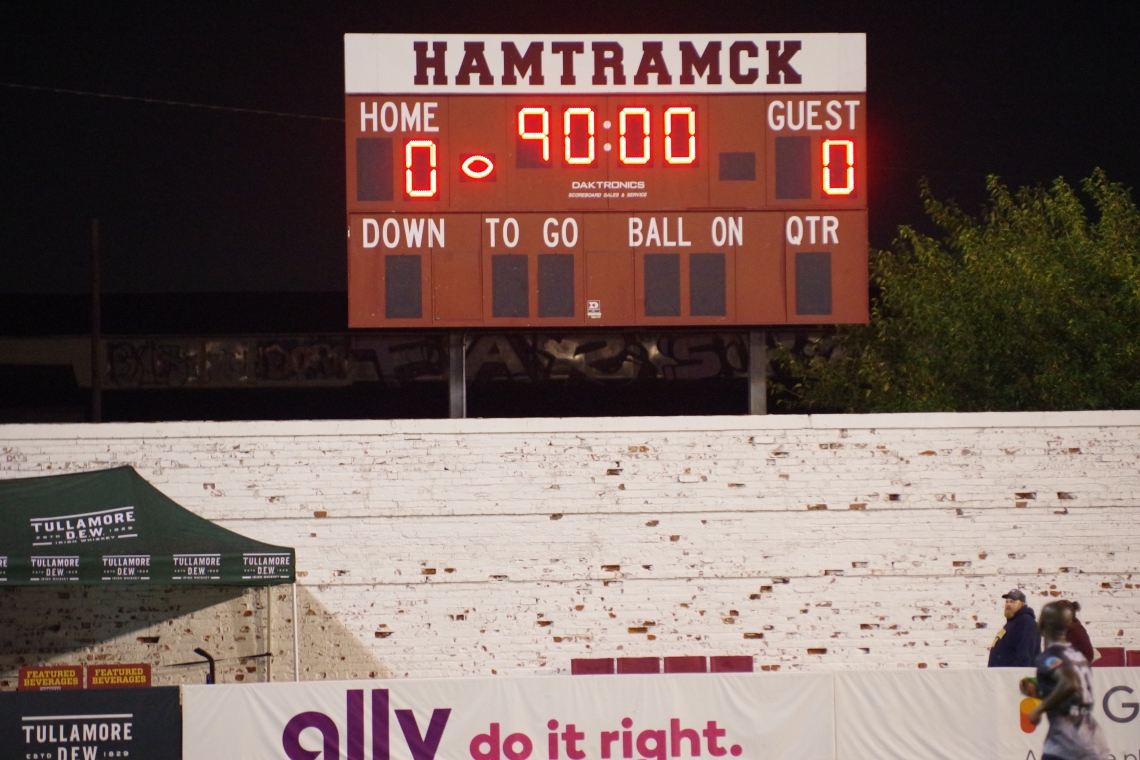 Player of the Match:  Nate Steinwascher.

This draw keeps City well above the competition, giving them an 8-win, 2-draw, and 1-loss record for 26 points.

In other NISA action tonight: